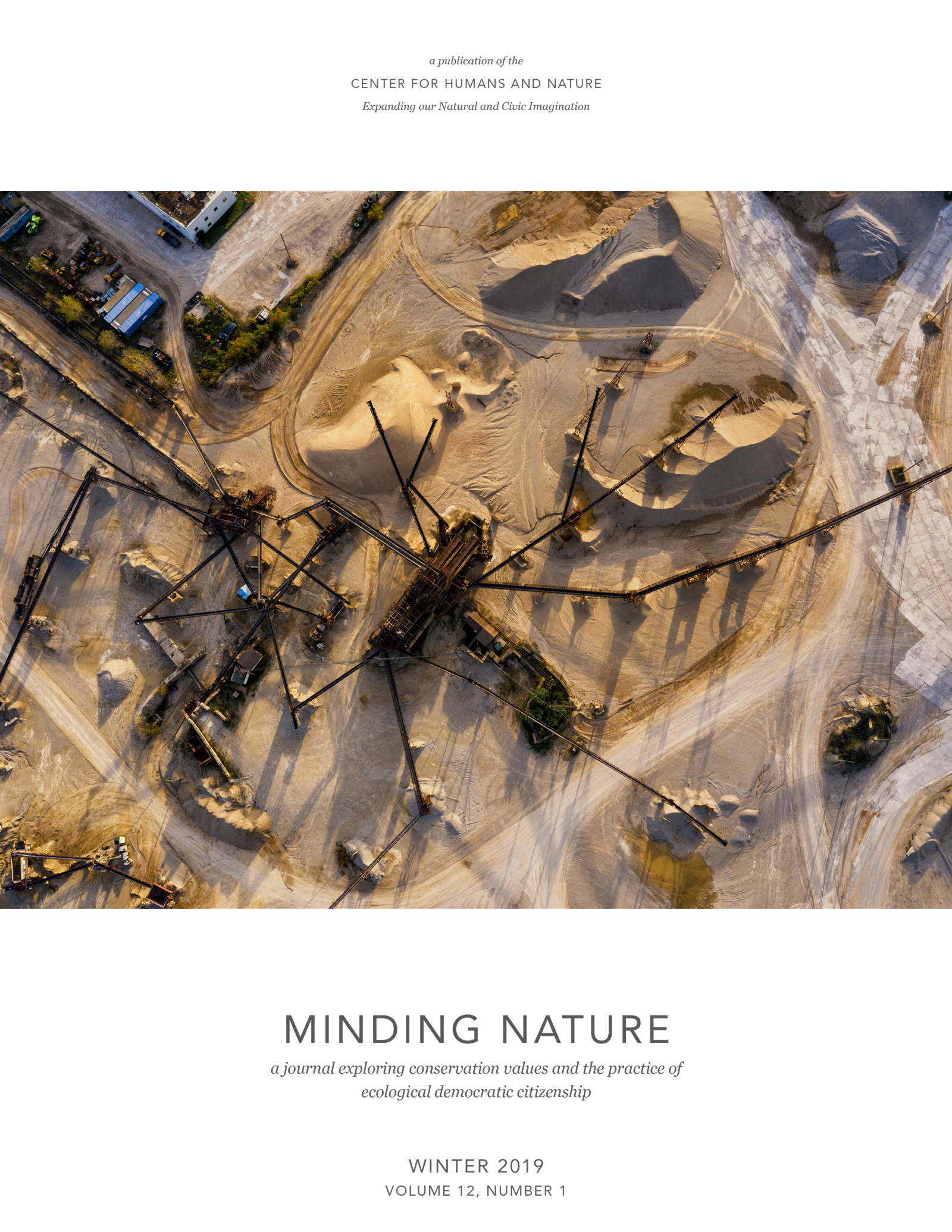 The Center for Humans and Nature family grieves the loss of one of our leading board members, Vivian Donnelley, who died on October 4, 2018. Vivian embodied many of the ideals the Center was founded to promote. Her presence on the Center’s board was grounding. Both she and her late husband Strachan were united in a vision for our world, in which humans live with humility and curiosity, attuned to relationships that connect us with the greater community of life.

Amid an outpouring of praise for President George H.W. Bush following his recent death, many quotations from his speeches and writings were highlighted, indicating his support for justice and a humanitarian orientation. Unfortunately, however, little was said about his position on climate change. For instance, in a campaign speech on August 31, 1988 Bush said: “Those who think we are powerless to do anything about the ‘greenhouse effect’ are forgetting about the ‘White House Effect’. . . . The agenda will be clear: We will talk about global warming.”

A poet once told me the roots of the word “disaster” signify to be against our stars. I know this to be true: without you as cosmic context, we humans summon ruin. Severed from heralding our origin in you, we suffer.

James Ballowe: You served a number of years as the Poet Laureate of Illinois, and you have also lived in a number of places: Indiana, Central Illinois, and Breckenridge, Colorado. The four poems that follow this interview refer to encounters with nature that you have had in all three settings. They suggest that you have lived a life fascinated and inspired by our fellow beings in the ecosystem. Could you comment on this?

I’ve lately been visiting a neighborhood pocket park in the early morning, book in hand. An underused triangle of grass, the park contains a bench tucked haphazardly into the far corner like a city planner’s afterthought. I cozy into the bench on cold days, nestled in the lingering warmth of a few layers of clothing and a down jacket.

Here I Am! Where are You? Minding Birdsong in the North American Forest

By: David A. Greenwood

The red-eyed vireo is one of the first birds I learned to identify by ear. His song is good to know for two reasons. First, like a lot of small birds, the vireo is not easily seen. His trim, olive green and pale yellow body is all camouflage in the dense treetop foliage where it prefers to hide out and sing. Second, for all his stealthy behavior, the red-eyed vireo is among the most vocal songsters in the summer forest.

All around I hear the exhalation of whales. Yet I see no slick arc of gray, no feathery column of mist. What I see is placid water punctuated by brilliant white icebergs, a flock of Bonaparte’s gulls rising against a forest of spruce, white shell beach and black lichen-covered boulders. No whales.

Animism, Tree-consciousness, and the Religion of Life: Reflections on Richard Powers' The Overstory

When I was in graduate school and living in Pasadena, California, I used to run marathons. When training, to avoid the worst of the horribly polluted air, I would typically rise before dawn and run in the Arroyo Seco, a canyon carved by the Los Angeles River.

It wasn’t long after the Trump administration’s proposal to weaken the Endangered Species Act hit the headlines that a story emerged about a surprise encounter between two Irish fishermen and a striking piece of Earth’s history.

Deer in the Moonlight

Oceans beckon in special ways. Their speech is rich with possibilities—the unknown wonders of “just beyond the horizon,” monsters, sea peoples and mysteries that cannot be imagined—a watery tongue voicing tales of metaphorical yearnings. Whether sunlit or moonlit, the dance of light on the endlessly reforming border between water and air mesmerizes.

Shadows of an Animistic World

The world around us is alive. Try as we might, we cannot live without some kind of Earth-based enchantment, although many of us still conceive of the world as an unfeeling machine that we can master and control using our keen human intellect. Our machines are no substitute for a corporeal engagement with the greater-than-human world.

Sword ferns are dying. There are reports of sword fern (Polystichum munitum) communities dying around the Puget Sound. This phenomenon has been reported in Seward Park, Seattle and Lord Hill, and Snohomish. Even on Hornby Island, British Columbia, where I traveled last year to explore Helliwell Provincial Park, I’d heard sword ferns groves there were also dying.

Stories from the Slow Flood

The most important thing to know about Elizabeth Rush’s wrenchingly beautiful new book is that it’s just as much about people as it is about the landscape. Rising: Dispatches from the New American Shore draws together stories from people who live in low-lying communities along the Atlantic, the Pacific, and the Gulf of Mexico coasts.

The urban and industrial landscapes that we occupy bear the scars of innumerable past traumas and acts of slow violence. Chicago’s industrial corridors on the South and East Side carved through the once-vibrant prairie landscape, first displacing the marginalized Native American inhabitants and now threatening the well-being of the communities who live there today.

What is the hidden connection between work and waste? In this essay we trace the logics of waste management and human disposability in the Anthropocene. The manufacture of death is glossed with promises of life, but only for a select few. These logics, co-emergent with the Anthropocene, constitute a “necropolitics,” to borrow a term from philosopher Achille Mbembé.

Birds in a Circle

I wouldn’t argue, either, with the good fortune
of this: a circle of bare dirt, grass and seeds,
the warm jet of air the dryer spills out
to melt the snow.

What remains of the mouse moonlights as tender sprig of Little Bluestem, ribboning the owl’s kack as if to appease the happy gods with gifts of tufted fur and white lie. A trinity, the moon and owl and me, rhyme like lefts and rights cuffing ears. Dickinson claims she likes a look of agony—You believe that stuff?

There’s cresting Quandary Peak, oh mountain
of the human condition. There’s Mt. of the Holy Cross
roped in rain and fog so thick we missed
the glacial cross Longfellow’s sonnet made famous
for a slim generation’s attention span.

Equally unpredictable and uncommon,
one of them dropped from a Tree of Heaven
onto my calloused index finger, feathered
abandon tamed by hunger and the coming frost.

Biography of a Lake

Solstice Lake is not
shaped like a long line
nor a circle as are so
many lakes....

During the dark of spring, two snapping turtles grapple in the
shallow of the cove. One of these almost-dinosaurs mounts
the other’s spined carapace. Spiked tails thrash, beating
against a black water....