The question at hand in this short essay is, “How can zoos and aquariums foster cultures of care and conservation?” The quick answer: there are many, varied ways. Zoos exist mainly to entertain humans. The educational value of these institutions remains questionable. While there are “better” and “worse” zoos (I’m including aquariums or “water zoos” here), a “better” zoo is not necessarily a “good” zoo. It’s merely better than most at providing a satisfactory life for the nonhuman animals forced to live there. Likewise, a “better” life in a zoo is not necessarily a “good” life. While some people talk about “cage-free zoos,” the phrase “cage-free zoo” is really an oxymoron.

Of course, a lot hangs on how one defines “good” and “bad,” but no zoo can offer their residents—especially the crowd-drawing charismatic animals—the quality of life an individual can have in their natural habitat, where their ancestors evolved. Life in the wild can be risky, but that’s life. If you’re a prey animal, for example, a gazelle, you might wind up as a meal for a lion. It’s unfortunate, but that’s what it’s like to be a gazelle. Similarly, as a predator, a lion has to be able to find food, and that too might be risky and time-consuming. But that’s what it’s like to be a lion. Keeping an animal alive in a cage may protect them from risks and dangers they’d experience in the wild by offering them a safe place to live, food, and veterinary care. However, this rationale to justify keeping animals in zoos is brazenly inadequate, usually self-serving, and clearly revenue generating. Zoos are a part of the money-driven animal-industrial complex, which uses similarly weak reasoning to incarcerate animals for human benefit and profit.

By now I’m sure you can tell that I’m not a fan of zoos. However, I know that they are not going away any time soon, so, as I see it, we are obligated to give each and every individual the very best life she or he can have in captivity. And, with this in mind, there are changes that can and should be made right now.

One thing zoos can do right away is to stop playing “musical animals” or “musical semen.”[1] Zoos commonly move animals around as if they’re objects, taking individuals far from families and friends they care for and upon whom they rely. The animals are often used as breeding machines, like dogs in puppy mills. When zoos need more animals, parent animals are shipped here and there and expected to breed as assigned. Of course, one can ask, why do we need even more animals to spend their lives locked up in cages of various sizes? (Large enclosures are still cages that restrict movement and an animal’s freedom to do many things he would otherwise do in the wild.)

This “musical animals” strategy ties in to what zoo administrators call “management euthanasia,” which occurs when an individual is no longer needed for a breeding program, and they’re killed. Zoo folks like to say something like, “The animal was euthanized,” however this is not so. Consider Marius, a young male giraffe who was killed in the Copenhagen Zoo because he couldn’t be used to make more giraffes, as his genes were already represented in the zoo’s line of giraffes. Marius was killed, dissected publicly, and his remains were fed to the zoo’s carnivores. Soon after Marius was killed, two adult lions and two cubs were killed at the same zoo to make room for a new male the zoo had purchased. Zoo administrators thought this was just fine and dismissed worldwide criticism of these killings. Clearly, the zoo’s institutional needs came first and the individual animals’ needs were thoroughly ignored.

Marius and other animals who zoos consider “surplus animals” are killed, despite being healthy, but they are not euthanized. I coined the term “zoothanasia” to refer to these unnecessary killings because killing these healthy individuals is not euthanasia. It is not mercy killing, as zoo administrators suggest it is. All told, thousands of animals are zoothanized each year.[2]

Education, Conservation, and the Public

I want to focus on education and conservation because claims about what zoos actually do for conservation are nuanced. Very few individuals who live in zoos are actually placed into wild habitat, so claims that zoo’d animals eventually will be reintroduced to the wild are incredibly misleading. However, some zoos make financial contributions to various conservation projects. 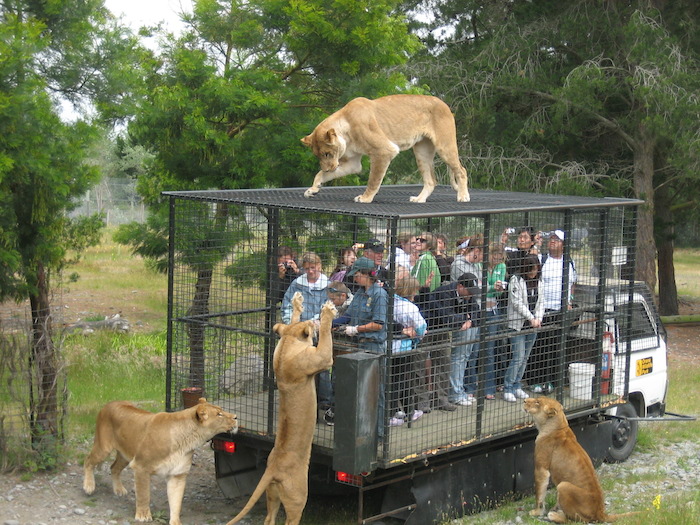 The educational value of zoos remains highly questionable. We all know people who say they learned this and that from a zoo visit. And for some, visiting a zoo led them to a career in biology, animal behavior, or conservation, for example. However, even studies conducted by zoos themselves fail to produce evidence that zoo attendance translates into meaningful conservation action.[3]

I’m all for knowledge for knowledge’s sake. However, learning about biodiversity and perhaps something about zoo animals’ lives without also learning about the need for biodiversity conservation doesn’t convince me that zoos are doing much at all for education or conservation. Some zoo administrators agree and note that zoos must do much more in this regard. People who have marveled at zoo animals need to ask themselves, “What did I do for those wild animals today, this week, this month, or this year?” and hopefully do more than they previously did.

An excellent quick test of compassionate conservation is to ask, would you allow this to happen to your dog (or cat)? Would you put your dog in a zoo? I’ve never had anyone answer this question with a “yes.” Most of us feel compassion toward our animal companions and, even if we can’t explicate it, we recognize that zoos are not compassionate environments. It’s an uncomfortable question that asks us to seriously consider what zoos do and don’t do and how zoo’d animals’ lives are compromised by losses of choice and freedom. Zoos have a long way to go to improve the lives of their residents, and I hope they will immediately begin to change the ways in which they treat the very animals for whom they are totally responsible.

As we work to change how zoos operate in the future, we must use knowledge and draw upon compassion to elevate conservation and strive to place the interests and lives of the animals first and foremost. Humane education and conservation education play key roles in facilitating this transition. We must treat every individual with respect and dignity, regardless of how this impinges on zoo operations or profits. With this guiding ethic, perhaps zoos could foster a culture of care and conservation. This would be a great legacy for our species.

[3] M Bekoff. (2014, March 8). What Do Zoos Teach about Biodiversity and Does it Matter? [Web log post]. Retrieved from https://www.psychologytoday.com/blog/animal-emotions/201403/what-do-zoos-teach-about-biodiversity-and-does-it-matter

Note: My colleague Jessica Pierce came up with the phrase “zoo’d animals” for our book Born Free? Compassion for Animals in the Anthropocene (forthcoming 2017, Beacon Press).

Marc Bekoff is professor emeritus of ecology and evolutionary biology at the University of Colorado, Boulder. He has published more than one thousand essays and thirty books. In 1986 he became the first American to win the Master’s age-graded Tour de France.

Aligning the Means with the Mission

Anne Baker
How can zoos and aquariums foster cultures of care and conservation?

Warp of the Longitudes: Weave