“What kind of ancestor do you want to be?”

Michael Dahl’s question hangs in the thick Minnesota air.[1] I lean against the deck railing, as the chill of evening tightens my skin. Two stories below, Round Lake reddens, matching the maples that are flashing their last burst of fall color. “What kind of ancestor do I want to be?” I repeat Michael’s query slowly, quietly, talking to myself. The question implies that we are, always and already, ancestors. Even before our descendants are born. Even if we never have children.

In terms of space, nowhere is, ethically speaking, “away.” In an age of globalization, we grapple with how our actions impact unmet peoples and unseen environments on the other side of the earth. Now, Michael asks me to think about ethics in terms of time. If I am already an ancestor, then no era is “away.” Ethically, all times and all generations are now. So how are we to live?

We are sitting on Winona LaDuke’s deck. Winona—White Earth Anishinaabe, influential author, activist, founder of Honor the Earth and the White Earth Land Recovery Project, and former presidential running mate for Ralph Nader—clinks around inside her reclaimed wood house while Michael and I talk. Winona is involved in the daily rite of making dinner for her entourage of kids, grandkids, neighbors’ kids, interns (who live with her family), activists, and spiritual leaders. Her kitchen is the hearth of both a home and a movement.

From where I sit on Winona’s deck with Michael Dahl, the aroma of Round Lake mingles with the wetland scent of wild rice simmering on the stove, rice that was harvested from this very lake. I tell Michael that ethical questions like his ancestor question are what I have dedicated my life and career to. I quote for him the passage from Aldo Leopold that drives much of my thinking, writing, and teaching: “There are two spiritual dangers in not owning a farm. One is the danger of supposing that breakfast comes from the grocery, and the other that heat comes from the furnace.”

Michael’s eyes widen. “I like it… That’s my fear. If my people ever don’t rice, if we stop manoominike [‘going ricing’]…” He pauses, takes in the night, the season shifting to the Ricing Moon. His eyes focus on me again, “if we go to the grocery store and buy a pound of rice that we might have gotten off the lake anyhow…if we stop ricing to feed our family, then the ceremony of manoominike becomes abstract.” For Michael, “spiritual dangers” occur when the spiritual becomes abstract, when manoominike becomes a ritual rather than a livelihood emerging from land shaped by ancestors who were reciprocally shaped by that very land, which in turn cyclically shapes us and our descendants. 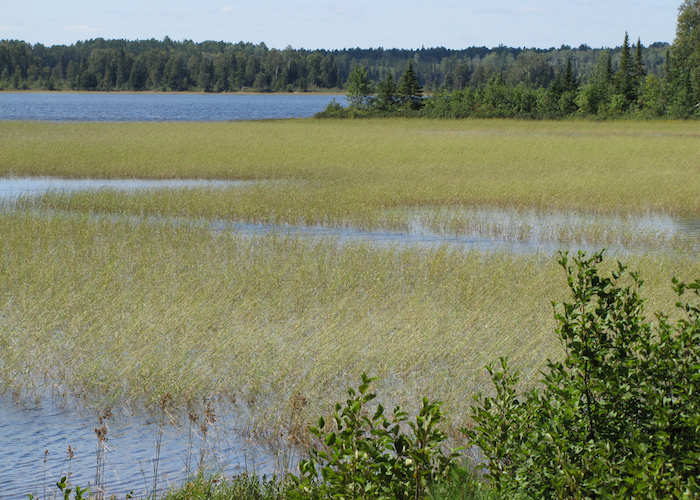 Like Leopold, Michael Dahl’s spiritual dangers arise when we assume we can sever livelihood from spirituality, and thus when we sever spirituality from labor and lakes and canoes and wild rice and people and ancestors. Michael explains:

Spiritual dangers, for Michael Dahl, are the dangers of one day not being able to ask “What kind of ancestor do you want to be?” in the same grounded way. If the rice beds, the ceremonies, the harvest (moose hides filled with rice on a garage floor for a child to play in), and the language that emerged from one’s ancestors’ livelihood are gone, then the ability to ask that question linking the empowering past, the urgent present, and the hopeful future disappears as well. The question itself becomes abstract—the ultimate spiritual danger.

I realize that before I can answer the question of what kind of ancestor I want to be, I need to understand what my rice is. As a transient descendent of transient people long-removed from the source of their food, heat, and ancestors (and as someone who does not love to grow food and whose once-broken back screams when splitting wood every fall): What is my rice? I do not have Michael’s indigenous, historical connection, nor should I pretend to. But to what extent can I begin to find my own “rice” without co-opting Michael’s connection to place and past? In other words, what connects me to the health of the land while also connecting me to the love of my ancestors and to the hopes of my children’s children?

Returning to Colorado, I see the first snows blanketing the high mountains. My thoughts turn to winter, to cozy dark nights and crisp bright days spent skiing with my daughters. I think of my grandparents, who retired early to a small trailer in New Hampshire so they could ski every day. I think of my mother, a special education teacher and single mother who worked a sixth and seventh day of each week as a ski instructor so my four siblings and I could ski for free. I think of my formative journey to Colorado twenty-five years ago in search of deeper snow. I think of skiing with my wife and two daughters every winter solstice to a ten-by-twelve cabin, passing on to my daughters the art of the perfect carve through fresh snow. I think of their great-grandchildren, and wonder if there will be a seventh generation of ski bums in my family.

I am aware of the climate change studies that show the surrounding Elk Mountains with fifty percent less snowpack by mid-century. I wonder what that will mean for how my family connects with these frozen headwaters every winter. Even more, I wonder what less snowpack, and thus less water, will mean for every ecological and human community living between my cabin and the Gulf of California at the end of the Colorado River. I know my rice—it is snowpack. And if that snowpack declines, if my generation does not act radically to mitigate climate change, I worry that I will have failed as an ancestor. Yet regardless of the dire potential outcome of our apathy, acting now as if I already am a good ancestor—connecting my daughters with the power of snow while showing them and my students options for confronting climate change—enlivens a more resilient future for my descendants.

[1] The scenes in this chapter reference events and statements made in the presence of the author and include personal interviews during and after ricing between 12 September and 19 September 2012.

Abridged and adapted from the forthcoming book Wildness: Relations of People and Place, co-edited by Gavin Van Horn and John Hausdoerffer and published in 2017 by University of Chicago Press.

2017 Geography of Hope - What Kind of Ancestor Do You Want to Be?

What Kind of Ancestor Do You Want to Be?, featuring John Hausdoerffer, Winona LaDuke, Drew Dellinger, and Melissa Nelson 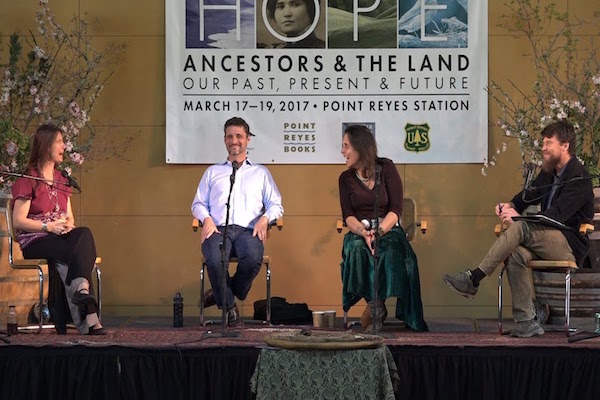 14 Contributor Responses
What kind of ancestor do you want to be?

Wildness: Relations of People and Place

John Hausdoerffer moderates a conversation on being good ancestors