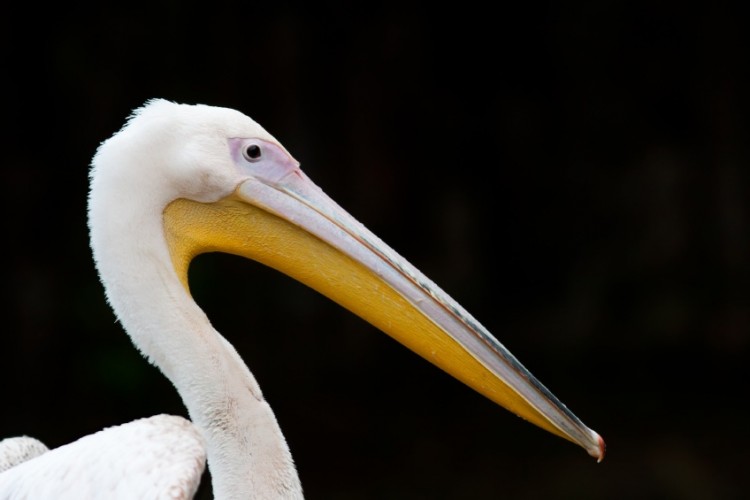 Not long ago, I attended the ordination service of a former roommate and long-time friend. The event was a formal way to confirm—with song and sermon and ritual—the “call” he had received to be a minister. (And to acknowledge the hoops he had to jump through to get there; this being a Presbyterian service, there were numerous committees and sub-committees, and probably sub-sub-committees that oversaw the labyrinthine process to ordination.)

After the service, a group of us converged for a celebratory dinner at a nice restaurant. Light conversation ensued: Do you have kids? Where do you work? At some point, I was asked from across the table, what exactly I was doing. I mentioned the projects I lead for the Center for Humans and Nature, including City Creatures.

“Oh,” an eyebrow arched, “What is that exactly?”

“We’re looking at encounters in urban areas between human and nonhuman animals,” I replied, “and how these connections can foster care for everyday nature where people live and work.”

I’m not sure anyone heard the latter part of the sentence. Conversations skidded to a stop. In my mind, I heard a needle scratch across the length of a record and drop with a hollow thud off of the vinyl.

You know this feeling. The official term is “party foul.” Customary banter about where you live and how’s your family, and then someone says the word “orgasm”—and, despite not wanting to notice, some deep instinct arrests all other sounds—like a branch snapped in the woods—and both you and your conversation partner instinctually pause. Whether out of decorum or simple embarrassment, you may not turn your head toward the disturbance’s epicenter but an unspoken acknowledgment passes between you and your temporary conversation partner. Then, you wait for a moment, you know, just to see what happens next.

Why did I introduce this unnecessary term “nonhuman”? Is it unnecessary?

It’s important, I think, to step back on occasion to see what kinds of assumptions are buried in everyday language. I am a stickler for accuracy when it comes to words. I inherited this from my parents. They are a peculiar people, the kind who will go to the mat over the pronunciation of forte (they pronounce it asˈfȯrt, following the “correct” first listing in the dictionary, instead of the more commonly heard ˈfȯr-ˌtā). No one I know outside of my parents (and now my uncle—the disease seems to be spreading among only my family members) will knowingly pronounce forte “correctly” when it is clear that this pronunciation throws a verbal monkey wrench in well-oiled—that is, normal—conversation. Whether to their credit or discredit, my parents would rather sound incorrect than be incorrect. I mostly regard this as a benign quirk, an almost charming affectation. There’s not much at stake, other than internal pride. But there is a judgment around the edges of such pronunciation wars: I know what’s right and I don’t care if I seem wrong; that’s on you.

I thought about this as I drove home from the dinner—by saying “nonhuman animal” was I only proving that the apple didn’t fall far from the tree? Was I ungraciously trying to drive home a point—that everyone should recognize and embrace a shared animality across species’ lines?

I’ve become accustomed to the phrase nonhuman animal. The alternatives aren’t attractive. In part, this is because to label someone “animal” has become an invocation of baseness (“He behaved like an animal!”); or a slur (“You eat like an animal”); or simply a dismissal (“It’s just an animal”).

Nonhuman animal is problematic in its own ways, of course. It feels unsatisfying to describe all other animals by negation (with the “non” preceding the human). Perhaps the only place this negation works well is in the entire phrase, “human and nonhuman animals.” And still pride of place falls on our species because the pairing implies a division between us (one species) and millions of them (other species). Our language seems inadequate to the task of holding animal continuity and otherness in the same word. We need a way to distinguish between human and nonhuman animals without completely distinguishing.

The people around the table that night probably did not give much further thought to what I said. Likely, it was forgotten when the dessert sampler arrived. But … I did think about it.

I thought back to the ordination service itself, and wondered if anyone noticed the animals hovering around the edges of the service, scampering through the text and music. Take the biblical reading, a passage about Isaiah being chosen as God’s prophet: “I saw the Lord sitting on a throne… Above it stood seraphim; each one had six wings: with two he covered his face, with two he covered his feet, and with two he flew.” Then there were the hymns, such as “Joyful, Joyful, We Adore Thee.” In the second verse, the congregation belted out all the “works” that contribute to God’s glory: “field and forest, vale and mountain, flowery meadow, flashing sea, chanting bird and flowing fountain, call us to rejoice in thee.”

I pondered how it is almost impossible to describe an invisible god without reference to a living earth and the animals that dwell upon it.

I once encountered an unusual and powerful expression of this phenomenon at an Episcopalian church in Gainesville, Florida. At the front of the sanctuary, above the altar, there is a wooden carving of a pelican enfolding her chicks with protective wings. I have noticed plenty of stained glass lambs and fishes in churches, but I couldn’t recall ever seeing a pelican—especially one occupying such highly valued iconic real estate.

A little sleuthing was in order. The pelican sculpture generally resonates with verses in the book of Psalms in which God offers feathery protection under wing (Ps. 91.4). But the more direct reference is to a common belief in the Middle Ages that pelicans fed their young with blood from their own breasts, just as Jesus sacrificed his own body for his followers. A Pelican Christ.

I was surprised to discover that there is a very specific name to describe this act of pelican self-sacrifice: vulning. When I later spoke to a woman who works at the church, she told me that the pelican mother with her chicks was a symbol of the Trinity. In other words, the mothering pelican represented divine interrelation, the encircling sacred.

The vulning pelican is a beautiful symbol, pointing toward mysteries beyond our ken. But what of mysteries with our kin? I mean here not animal carvings that represent the divine, but the actual presence of animals with whom we share this earth.

There’s fairly widespread resistance to this kind of kinship thinking, I know. I suspect the resistance is related to what caused the dinner party guests to balk at the phrase “human and nonhuman animals.” It wasn’t simply unfamiliar terminology that prompted the discomfort, but the suggestion that humans are, yes, animals.

We tend to see our species as “uniquely unique” (see David Abram’s compelling reflections on this stubborn tendency) and our humanness as something that needs vigilant defense. This too often results in defining humans in opposition to other animals, with the gold standard being our cognitive capacities—our abilities to imagine, reason, and forecast possible futures. Despite mounting evidence that our species holds no monopoly on prizes in the cognitive talent show (along with  language ,  tool-use ,  empathy ,  self-recognition ,  morality , and other once-defining human excellencies), it still remains all too common to act as though humanness is next to godliness.

There are, have always been, alternatives to defining what it means to be human. In contrast to René Decartes’ famous postulate, “I think, therefore I am,” anthropologist Nurit Bird-David argues that a relational epistemology, which is characteristic of many hunter-gatherer peoples, is framed as “I relate, therefore I am” and “I know as I relate.” Particular relationships between people and other animals are thus based on a “mutual responsiveness,” which can grow into “mutual responsibility.” Another way of saying this: we become human through learning how to be present, and relate well, to others.

We live and become who we are—as individuals, as a species—in relationship.

Engaging the mystery of Otherness while exploring the kinship between species, we can approach the world as though it could speak, because it may if we listen, and it does according to many who cultivate this kind of attention.

In industrial societies, it may be that we are allowed such feelings of mutual responsiveness as children but are encouraged to put such “childish” notions behind us as we grow to adulthood. That’s why I’m compelled by the stories of those who have struggled to overcome the Cartesian hangover, to reconcile their sensual experience of the world with the frequent counsel that to do so would make them less objective.

It may be most interesting when this happens to a scientist. Ecologist Stephen Trombulak, for example, writes of how his early love of natural history was supplanted over the trajectory of a scientific career, until he realized “In the process of composing a life, the natural world had become a subject, scarcely more than the raw material from which I crafted my career. Simply put, I had allowed it to become separate from my spirit. …I believed that my profession asked me to treat other species as subjects and not as neighbors, and I complied” (in The Way of Natural History, p.131). The turnaround for Trombulak came from his realization that he was “a citizen of the natural world not just a scientist” and that “human-people share the world with deer-people, fish-people, plant-people, and even rock-people” (p.133). One learns how to behave appropriately by engaging this world of persons as “neighbors.” I relate, therefore I am.

In early October, I was fortunate enough to kayak on the Des Plaines River, near McKinley Woods. White pelicans were migrating through northeastern Illinois. Being a relative newcomer to the region, but having spent a good deal of time on both U.S. coasts, the pelicans startled me. Pelicans in the Midwest? Yet there they were, glorious foot-long, pumpkin-colored bills and all. I floated in silence as a faction of them unfolded their nine-foot-wide wings and hurled their bodies outward, slapping the water with their feet to gain necessary lift, then gliding upward on supportive currents of air.

This is a splendor to be had in the here and now, not just the hereafter. And here they are, unmediated—at-hand and too far away to touch, familiar and mysteriously other, human and nonhuman.

Pelican vulning turned out to be a bit of folklore, a mistaken apprehension that was codified in Christian art of the Middle Ages. (Perhaps due to the visible blood vessels on a pelican’s throat pouch, or because pelicans macerate fish in their pouches before transferring this food to their young.) But, in a way, there is a broader truth embedded in pelican iconography. We live on a vulning earth, and as all creatures do, human and nonhuman, we depend on the daily bread it provides.

We need not know what a “relational epistemology” is to care deeply about how we relate to nonhuman others. To respond with gratitude to a living world, a vulning earth, is open to all comers.

I wonder, would I describe the City Creatures project differently, if I had that dinner to do over? Probably not. I don’t think this would be due to my own hard-headedness. (Hard-headedness is not my forte.) I think it has to do with wariness about reducing other species so that we elevate our own; that’s a zero-sum game that leads nowhere. Nothing is just an animal. We all deserve more than that.

Pelicans and other creatures may not care if we regard them as neighbors, but what if we actively choose to do so? I relate, therefore I am. That’s a communion worth exploring.