Discussions of the twenty-first century remain primarily about the future. If dystopian science fiction serves as our guide, then it is clear that the future is already here. In Yevgeny Zamyatin’s classic Russian science fiction novel We, published in 1921, the novel that inspired George Orwell’s 1984, our narrator, the engineer D-503, describes a futuristic world, One State, that hums with mathematical precision. It is one where, supposedly at least, people have nothing to conceal from one another. They live surrounded by transparent walls through which the “Guardians” can observe them. They compliantly surveil each other. This is a domain without privacy, without freedom, and also, not coincidentally, without nature.

For all of that, the earth as D-503 describes it is a beautiful shining thing. This beautiful shining earth is, however, largely confined beyond yet another translucent wall, the Great Wall, that separates One State from the world of nature beyond. Perhaps it is just as well: the atavisms of nature no longer appeal in this future. D-503 reports that he is “unable to find anything beautiful in flowers, or in anything else that belongs to the lower kingdom which now exists only beyond the Great Wall. Only rational and useful things are beautiful: machines, boots, formulae, food etc.” D-503 even regrets the hairiness of his hands! That being said, D-503, when we meet him, is troubled by unbidden thought. Irrational numbers haunt him. He is roused, though only slightly, from his conformist slumbers by the unruly behavior of the women in his life, and becomes aware of a plot to tear down the Great Wall reintegrating the life outside the wall with the moribund one within. Though ultimately, and involuntarily, he betrayed that revolution, parts of the wall come down as the story ends. Birds fly into One State. 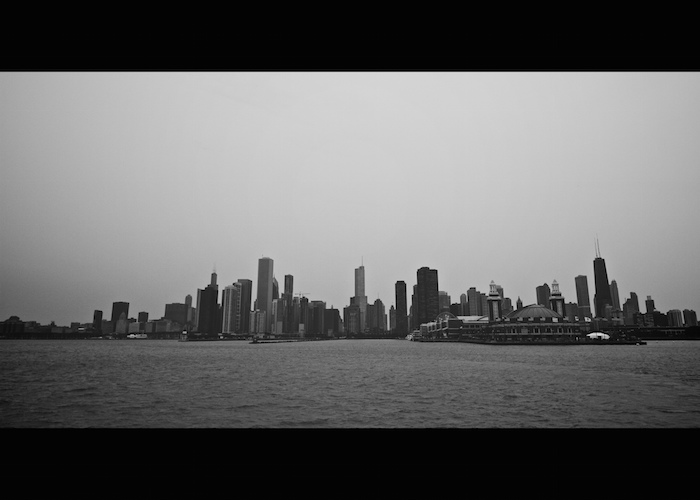 It is clear, of course, that what is beyond the Great Wall is nature in its feral state—wild and ungoverned; clear also, what the wall contains is urban civilization. Freedom in nature, decay and fascism in its absence. The theme of Zamyatin’s classic has always struck me as being a profoundly ethical one: how should we comport ourselves in an oppressive world—what are our responsibilities? What does a world where nature is suppressed mean for the human condition? Is the revolution ultimately a green revolution? Is nature another word for freedom?

Zamyatin’s We is not typically read as an environmental tale. It has been subjected to political and psychoanalytical inspection. Nevertheless, it seems to me that We, in many important respects, intuited, corroborated, and made concrete the environmental worldview at the time it was written. Nature wild and untrammeled exists only beyond the Great Wall. In ecological terms, Real Nature existed only beyond the devastating reach of humankind. In the view of early environmentalists at least, the wall demarcating the dwellings of humans from that of wild nature is not physical as it is in We, but it is no less real. If we want nature, we have to leave the cities and towns to find it. Leaving the city behind is what Thoreau did, as did Muir, the early Aldo Leopold, and most ecologists thereafter. Without a doubt, this thinking influenced me. Though all my training was in Dublin, all my early research was in Irish national parks distant from Ireland’s capital. Later, under the influence of this orientation of thought, I left for wilder environments, eventually completing my post-doctoral training in primary tropical forest in Costa Rica.

A distinct value of wilderness beyond the walls of the city is that, arguably, it preserves wildness—it protects biodiversity, as we would say these days. In the philosophy of early ecology, especially North American environmentalism, an important connection was posited between wildness and the development of human moral character. As President Theodore Roosevelt wrote, echoing concerns about the closing of the frontier for American identity, “as our civilization grows older and more complex, we need a greater and not a less development of the fundamental frontier virtues.” If the American character was a rugged and independent and pioneering one, which it was in Roosevelt’s view of things, it would be renewed and retained through repeated immersion in wilderness. Importantly, wilderness also inculcated a sense of harmony and oneness with God and the rest of creation, and thus was important for an understanding of our place in the universe. Roderick Nash, the historian of wilderness, expanded upon this viewpoint writing, “Moral and aesthetic truths seemed to them to be more easily observed in wild places than in regions where civilization interposed a layer of artificiality between man and nature.”

With all of this ecological perspective in mind, we can see that D-503’s migration beyond the Great Wall makes him a somewhat reluctant Thoreau heading away from the city in the direction of freedom. Thus the great dystopian writer, Zamyatin, and the early philosophers of the environment intuited that you cannot cultivate moral character with wildness. Another word for freedom is nature.

The flip side of this early enthusiasm for wilderness was lack of a sustained, positive interest in cities by environmental scholars. Those few who ruminated on urban themes were not enthralled by what they saw. Their descriptions echo Zamyatin’s depictions of One State. In 1969 zoologist Desmond Morris suggested that city dwellers were not living in an urban jungle; rather they were captive in a human zoo! A decade later, in his excellent history The Limits to Cities (1979), Murray Bookchin growled, “Industries have been migrating steadily from the larger cities, leaving behind a lazarus stratum of the urban population that exists partly on the dole, partly on crime, partly on the sick fat of the city... Nothing more visibly reveals the overall decay of the modern city than the ubiquitous filth and garbage in its streets, the noise and massive congestion that fills its thoroughfares, the apathy of its population toward civic issues and the ghastly indifference of the individual toward the physical violence that is publicly inflicted on the other members of the community.” For both of these writers, the city was an imperilment because life there produces monstrous behavior, the sorts of pathologies that Zamyatin showed to be manifested in political fascism. This antipathy to the city had a lasting influence on the scientific discipline of ecology. For instance, when I came first to Chicago fifteen years ago, I discovered that even though Chicago was an epicenter for the development of ecology as a discipline, there had nevertheless been a vast neglect of sustained research on Chicago-area ecosystems and their importance for the people of the region.

A pleasure of reading We is thus that it recapitulates the messages of environmental thought in a non-didactic way. It shows rather than tells! But the novel goes beyond the environmental thought of its day. It conjectures a necessary link between nature and the wholesome development of character for those living in One State. It therefore anticipates the propositions only now being experimentally ratified by contemporary ecopsychology. A range of benefits for health and wellbeing accrue when we engage with nature in our daily lives. Significantly, Zamyatin’s recipe for the appropriate ethical solution to the problem of One State was not to merely to go beyond the Great Wall, but to bring it down and invite wild nature back into the city. Thus, Zamyatin’s We, with its equating of nature and freedom in the metropolis, could serve as the ethical bible for urban environmental sustainability.

Caridad Svich
How is nature critical to a 21st century urban ethic?