Those familiar with the works of Aldo Leopold will see that the idea and title for this writing spring from his 1947 “Wherefore Wildlife Ecology?” written to his students at the University of Wisconsin-Madison. The following words are dedicated to the young adults of another century in another place—my undergraduate students at New York University.

Not all of you signed up for this course because you were excited about it. It was to fulfill a general education science requirement. You are smart and eager to go forward in your lives. What does studying the environment in college have to offer that you haven’t already learned in secondary schools?

You already knew there were lots of environmental problems—like toxic pollution, deforestation, species extinctions, human illness, and climate change. In response, you’ve tried recycling, unplugging things, eating some organic food, donating your money, and volunteering your time to good causes. You’ve cared. But the issues are mostly too many, too distant, and too big for you to solve, maybe for anyone to solve. And so far, you’ve had pretty okay lives—none of us is starving or homeless. Even through superstorm Sandy, we all came out all right.

And isn’t a tree a tree? The soil lies under the sidewalk, and out there somewhere grows your food. Though you have traveled the world, only one out of twenty-two of you has stood amidst corn stubble. And perhaps you have felt that you have outgrown an earlier interest in stars, dinosaurs, fishes and frogs, and little chirping birds. Whales, polar bears, and pandas might be interesting; you care about them, but what do they really have to do with real life? Isn’t that only kid stuff?

After all, you have grown-up ambitions to become economists, psychologists, mathematicians, poets, journalists and a host of other impressive dreams. You work hard and want to try out new ideas while hanging on to some old ones. Your skins are of all shades. You cross genders. You speak multiple languages. You originate from Azerbaijan to Zimbabwe. You enjoy movies and museums, shopping and people-watching. Many of you are in love with cities—Abu Dhabi, Accra, Berlin, London, Madrid, to name just a few. Indeed, you came here because Manhattan is a stunning place to be. I did too. So wherefore environmental studies in this urban jungle?

In our first day together, I explained to you that we would be exploring relationships of all sorts. I also asked you if you disagreed with this premise: Life is good. I waited for your responses. No one contradicted going forward with this assumption. Indeed, many of you nodded your heads affirmatively. No one dropped the class. We established that we held a shared value—that life is good—and that the class was about relationships.

What I have tried to teach you, then, is that the smallest unit of life is a self-organizing host of dynamically complex relationships unfolding out of the 14-billion-year history of our universe encompassing over 100 billion galaxies. This means that to support the good of life—to skillfully live out our shared value—requires deepening our study of and respect for interdependency. Indoors and out we have been learning together what it means to belong to an old planet made of even older stardust, out of which, bearing a cosmos of history, emerge new things, like this city:

earth’s moon that waxes and wanes no matter what
the colossal, war-storied english elm growing here
in the lenape-less northwest corner of washington square park
red-tailed hawks and squirrels hiding from each other in its branches
leaves sucking in sunlight and air too-fertilized with ancestors’ fumes
rooted above a belowground maze of once loamy-sand glacial soil
subway rats carrying aboveground life down to this dark concrete space
on the platform a yellow-bearded man misting dead ferns potted in a stroller
surfacing to songs of white-throated sparrows ferrying atoms of big apple blossoms
to the boreal returning with those of digested tiger swallowtails in the fall
one great egret in late april gobbling a few shining fish from central park lake
whose leaving white shadow reflected in grey water drops the word “grace”
the words “cash” or “credit” with earth reckoning that they mean the same thing
in the course of snow-muffled mornings
pink cherry-blossom dawns
hot, sunny days, humid air,
superstorm-darkened, moon-pulled
flooding sea night.

In other words, paradoxically, the evidences of science have helped us learn about how the observable natural world is put together and works while also deepening our perception of mystery. We have discovered that

Knowledge and ignorance have always been part of the human condition. But it is also true that science has helped us to understand what is now unprecedented:

We thus understand another paradox of modern science. Though its method was intended by its Enlightenment inventors to help humankind progress toward greater mastery and possession of a mechanical nature, it has helped us to understand that such a worldview was in error. While there have been short-term benefits for some, the collective consequences of living by the principle of “alienation for domination”—that is, of humans over others, useful over non-useful “resources,” machines over bodies, individuals over communities, profit over compassion, wealth over health—are terminal. When we discover ourselves alone, in other words, we discover ourselves dead, or at least ineffectual. The good of life depends on trying something different. It hangs on humanity everywhere working together intentionally to re-intimate ourselves creatively amongst what remains of Earth’s self-organizing interdependencies—fossils stay buried; it’s “the fierce green fire” that burns—to respectfully receive humanity’s shared belonging. 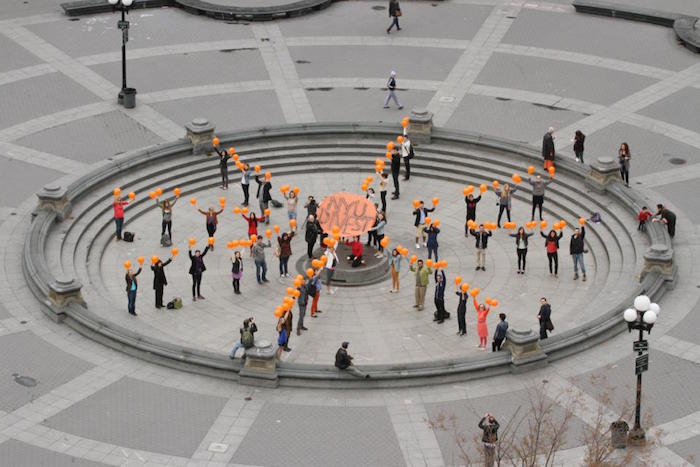 As we consider the future, there is plenty to fear and much need for hope. Discovering new–old stories about how to live amidst ambiguity—that is, renovating used-up tales of simple-minded alienation and domination—is a job for the humanities, for all humanity’s storytellers. Science and humanities, after all, are separate here only in that they have been helping us have rigor in exploring different perspectives on the same thing—how to orient ourselves within a universe of relationships to actively support the good of life. What I have tried to say is that science has helped explain that the story of expanding human empire is finished. Respecting the good of life demands that we now expand human compassion.

We observed birds, though you might have resisted. Birding is resistance—to Empire. If not birds, you might prefer looking into the eyes of all kinds of people or notice flowers, trees, butterflies, the moon, or sunlight falling on pavement. Find something that seems so unlike you it is almost unrecognizable. And if you let childlike wonder lead you from there to deepening intimacy with that other, you will discover the whole world of interdependencies sustaining it and the universe besides. Then, valuing the good of life, as you do, with empathy you will want to enrich it. Your compassion will become more encompassing and more skillful. You will be able to imagine fresh possibilities coming forth. Others will join you. Whatever the future holds, you will have discovered that you are not alone, that you depend on a whole community of life that depends on your uniqueness. You will act on this shared belonging and do well by it.

The Unfolding Story of the Universe

A conversation with Julianne Lutz Warren and Mary Evelyn Tucker
How is nature critical to a 21st century urban ethic?