Before I answer the question “How is nature critical to a 21st century urban ethic?” I first need to ask the more fundamental question: “What is nature and how is it constructed by people in our increasingly different and diverse urban communities?” Four vignettes that illustrate the relational, messy, and contested concept of “nature” will help me do this:

First, in the early 1980s, the parks department of the city of Bristol in southwest England was persuaded by the local Wildlife Trust to develop wildflower meadows in city parks, which, like most parks, were dominated by hard-wearing, closely mown, multipurpose ryegrass. The parks department obliged, applying an appropriate management regimen, and within a few seasons had beautiful native wildflower swards replete with a rich fauna towering above the ryegrass. The Wildlife Trust liked it and most of the public liked it, except for the local Asian and African Caribbean population who refused to go near the long grass. Why was this? It was because of a residual fear of snakes in long grass.

Second, in the late 1980s, I was working as an environmental education adviser in a north London borough. While some of the borough’s schools wanted advice on creating “nature gardens” using native species which they had been told were “better” for wildlife, others wanted advice on creating what I called multicultural or world gardens, in which teachers and parents were intentional in selecting plant species from the diverse countries of origin of pupils in the school. These gardens were in effect autotopographies: cultural inscriptions on the school landscape that offered a statement of presence, of recognition, that both humans and nature(s) in cities are increasingly different, diverse and cosmopolitan, and are welcome.

Third, in a challenge to the clarion call from alternative food movement (AFM) advocates to buy and grow local, Filipino immigrants in San Diego, California, interviewed by Valiente-Neighbours, see their food as local food.[1] They cook it at home and eat it in local restaurants. This demonstration of translocalism, which is also in evidence when they cultivate their fruit and vegetable gardens in city neighborhoods, ruptures the dominant, geographic notion of “local food” and highlights the need for greater reflexivity within the AFM.

Fourth, Lanfer and Taylor write about Latino/a immigrants in Boston, Massachusetts, who transform public spaces into familiar landscapes found in their home countries.[2] One group has adopted Herter Park on the Charles River in Boston’s Allston-Brighton neighborhood because it reminds them of the riverbanks and the willow trees they left behind in Guatemala. This construction of nature, typical of immigrant groups, can be characterized as nature as refuge.

These vignettes are important because they problematize the dominant, often expert-imposed notion of nature. They illustrate two ends of a continuum containing many different constructions of nature and the related concept of “the local.” One construction, let’s call it “traditional ecology,” which has its roots in the Enlightenment and in transcendentalism, sees nature as separate from humans. It offers a prescriptive, scientific/ecological focus on nature as what should be there and nature as fixed/native. This is typical of most of the ecological and environmental stewardship literature and is enacted vigorously through the ecological management plans of nature-based organizations. 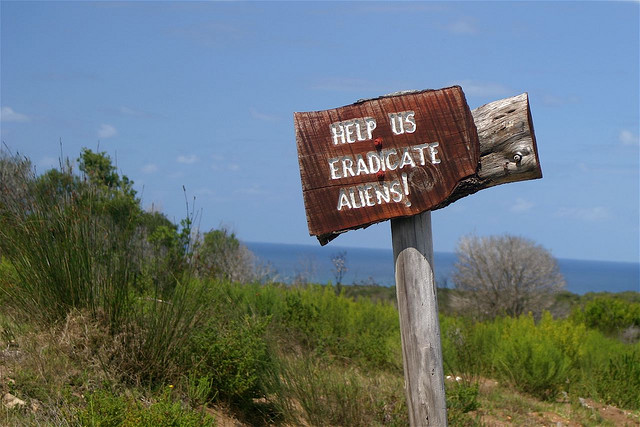 Another construction, which Castree calls the “new ecology,”[3] has more recent origins in biology, and in cultural and environmental geography. It doesn’t see nature-human separation but nature-society hybrids[4] and nature as what is there: nature as fluid/cosmopolitan. It recognizes that increasing difference and diversity in our cities means different and diverse constructions of nature. This approach is gaining ground scientifically through the related concept of conciliation biology[5] that looks anew at the schism in attitudes toward native/non-native organisms and argues for a conciliatory approach that will become all the more pressing as climate change takes hold and reconfigures local ecologies.

So if nature is quite literally in the eye of the beholder, how is it critical to a 21st century urban ethic? Every culture has a relation to nature in general, and urban nature specifically. Some want the solitude it can offer, some want the socialization; some want recreation, some want relaxation; some want reflection, some want refuge. Furthermore, what is the role of municipal planners, parks managers, urban and landscape designers, and others in catering to difference and diversity, to the “new ecology” while still respecting the “traditional ecology”? Can they help us think about, design, and manage what I call culturally inclusive spaces that have meaning and authenticity to multiple publics?[6]

Similarly, the implications of this “new ecology” for ecological and environmental stewardship organizations are profound in at least three key ways. First, the vast majority of these organizations are deeply anchored in traditional ecological thought and management practices and are reluctant to change this. Second, by 2042 the population of US metropolitan areas will be predominantly people of color, with immigrants making up a large proportion of that population. The current leaders of ecological and environmental stewardship organizations will have retired, so who/where are the new leaders who can tell the story of this “new ecology”? Third, the very survival of these organizations (and some are waking up to this) will be predicated on the inclusion of a more different and diverse membership: What are their emerging strategies to enable this?

Let’s start from a position of humility. Neither I nor you have the answers in how to do this, so let’s begin the journey by making sure we’re asking the right questions. First and foremost, do we want to live in cities where we recognize, understand, and engage with difference, diversity, and cultural heterogeneity in creative and productive ways, and in ways that could begin to transform ecological thought and management practices to include this “new ecology” thinking? Second, how do we, whether in municipalities or in ecological and environmental stewardship organizations, recognize and embed the “new ecology” while still respecting the needs of those whose construction is that of a “traditional ecology”?

[4] K. S. Zimmerer, “The Reworking of Conservation Geographies: Nonequilibrium Landscapes and Nature-Society Hybrids,” Annals of the Association of American Geographers 90 (2000): 356–369.

How is nature critical to a 21st century urban ethic? Presentation by Julian Agyeman

How is nature critical to a 21st century urban ethic? Featuring Julian Agyeman

Julian Agyeman is a Professor in the Department of Urban and Environmental Policy and Planning at Tufts University in Boston. He is the originator of the concept of “just sustainability,” the full integration of social justice and sustainability, defined as “the need to ensure a better quality of life for all, now and into the future, in a just and equitable manner, whilst living within the limits of supporting ecosystems.”