“What is it to be human?” There is something deeply mysterious at the core of this question that makes definitive and universal answers seem at best naive and at worst lacking in humility. Its difficult nature leads me to ask whether there are common human actions across cultures that can provide us with some valuable insight on being human. One act that immediately comes to mind is the giving of thanks for family, daily food, supportive communities, a wonderful day, great gifts, an inspiring forest, the air we breathe, the climate that is the context of all our acts, and divine graces. Thanksgiving is a primal act of human nature, its spirited tendrils reaching into all cultures in a diversity of ways.

There is an Inuit hunting ritual that immediately comes to mind when I think of the primal importance of giving thanks.[1] A hunter who has just killed a seal melts snow in his mouth so as to give the seal its last drink of water, thus offering thanks to the animal that has given itself. This offering is then radiated out to the human community through sharing protocols that ensure that the hunter recognizes their broader dependence. Closer to my Toronto home, I have heard a resonant Haudenosaunee Thanksgiving. As John Mohawk writes, the address of thanks opens by recognizing “we need each other” and “can greet one another,” and then we greet and give thanks to the Earth, the “grasses, waters, trees, plants, winds, the moon, the stars, the sun, the universe, the whole thing.”[2] These indigenous traditions commonly suggest that the first thing to happen in giving thanks is that we pause to deeply consider and thank that which our life depends on, from immediate relations to animals, climate, planet, and beyond. 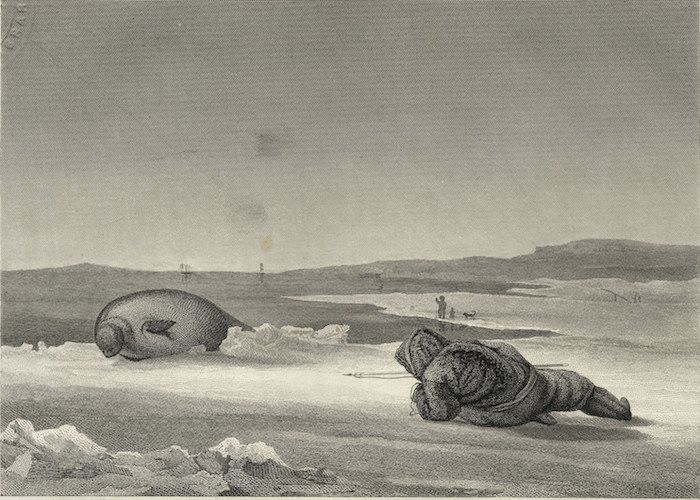 It was during the Christian season of Lent that I began contemplating thanksgiving, and I was soon remembering childhood teachings and practices of giving up something so as to reflect on the divine passion that makes life possible. I grew up in a French Catholic tradition that also gave grace before meals and prayed in recognition of a larger mysterious source to our lives. But the fact is that beyond food and the seasonal sacrifice of Lent, I do not remember really greeting and giving thanks to the earthly realities that support life. More than that, the words and acts often had the feeling of empty recitations done out of obligation rather than felt experience. We rushed past creation to a transcendent divinity, and today’s fast-paced consumerism has left even that divine sense of thanks far behind. Our modern globalizing and greenhouse gas-emitting road has led us to forget what it means to give thanks for a creation that not only sustains our lives but makes life worth living.

My Canadian culture is rooted in a resourcist way that began with the fur trade and continues today in the tar sands, despite our increasing recognition of climate interdependence. A planet for human taking and consuming does not require much pause for giving thanks. We live in a time of “doing.” Pipelines must be built, the economy must be turned around, people must shop more, jobs must be created, we must work more for less, we must be more austere, and so on. Even amongst the environmentally minded who critique unending economic growth, humans as unquenchable resource consumers, and the social inequities of today’s political calls for austerity, the overall tone rings familiar. The environment must be accounted for, sustainability policies must be economically viable, and we must buy green. In the midst of all this doing, climate change radically calls us to slow down and do less. Our intertwined energy and climate crises may even reflect what happens when humans forget how to pause and give thanks.

Watching the lights go dark during the spring Earth Hour, a part of me sees a sense of Thanksgiving in these acts of using less energy. With climate change calling us to slow down and do less, the act of giving up energy use for one hour offers a momentary pause to reflect on our relation to the climate and planet that surrounds us. Some Christian churches have promoted comparable carbon sacrifices during Lent through acts like biking and taking public transit, energy retrofitting homes, politically advocating carbon policies, buying and living locally as much as possible, and more. But what do such seasonal acts of energy sacrifice and consumer-based efficiency mean in a Canadian culture that largely supports processing all the oil we can and selling it to the highest bidder? Such an Earth Hour sacrifice can feel as dry, uninspired, and thankless as those Catholic rituals of my childhood exactly because it is disconnected from the powerful forces shaping our present and future lives.

While the Earth Hour can be seen as caught in our cultural state of thankless amnesia, it can also be more optimistically conceived as the beginning of humanity’s global return to Thanksgiving. A moment of reflective pause can afford us space in our fast-moving lives to recognize our relation with others, from human to more-than-human communities, and contemplate the impacts of our actions. From Christian Lent to Islamic Ramadan to indigenous rituals, there are a host of cultural and religious acts that humans can access to deepen and broaden their expression of thanks in climatically real terms. The inspiration of these traditions will be needed for us to reduce our carbon footprint, challenge our participation in unsustainable politics, respond to climate injustices, and, most importantly, remain steady in a difficult transformation.

But giving thanks cannot simply be about critical reflection and austere personal sacrifice, for that will not inspire the deep cultural change needed today. Jesus on the cross is not just an act of human sacrifice, but a celebration of human participation in a divine mystery. Following the Last Supper, he leads all through a hymn and dance that affirms the coming cross with the closing words: “Thou that dancest, perceive what I do, for thine is this passion of the manhood, which I am about to suffer.”[3] The Haudenosaunee Thanksgiving is grounded in a similar praise of something much larger than the human. As Mohawk writes, an individual is not smart, but rather “merely lucky to be a part of a system that has intelligence that happens to reside in them.”[4] We are participating in the unfolding revelation of a climatic intelligence that informs every Earth hour, day, season, year, and life. As counterintuitive as it may be in turbulent times like ours, climate change may be re-initiating the human species into the primal importance of humbly opening our hearts to a spirited creation and giving celebratory thanks.

Timothy Leduc is faculty in Land-Based and Indigenous Social Work at Wilfrid Laurier University in Brantford, Ontario. He has worked in the area of anti-violence and in Aboriginal communities on issues related to Canadian colonialism, including youth solvent abuse, high suicide rates, and family violence.

Robin Kimmerer
Mind and morality: where do they meet?

Arthur Zajonc
What does it mean to be human?

Mary Midgley
Mind and morality: where do they meet?