We humans are an exceptional species in at least two respects. We have access to several levels or modes of consciousness, and we have immense freedom of choice—we can decide to make all sorts of complex things happen in the physical world that change it irreversibly, often for the worse. These two aspects our being—our levels of consciousness and our freedom of choice—have, over the past few centuries, intersected in mostly unfortunate ways that have produced immense damage to our planet while also giving us tremendous short-term benefits. I think that we will only heal this damage through an immense effort to exercise these two aspects of our being human with the greatest degree of awareness and responsibility. Doing so will open up new possibilities for living more fully as human beings.

The experiences of meditators and contemplatives over the centuries and, more recently, of Western psychologists such as Jung and Hillman have shown us that we operate from two fundamental (and interrelated) levels or modes of consciousness: what we might call a limited, shallow, self-centered level of consciousness, and an expansive, deep/wide, ecocentric level of consciousness. The first is the everyday mind of our common experience in which it seems to us that we are nothing more than isolated, solidly existing “selves” that we must protect at all costs from a hostile world. In this mode, our main priority is the safeguarding of own comfort and well-being, often attained to the detriment of those around us and of the living world that enfolds us, to which we are mostly indifferent. This self-centered state is absolutely natural—without it we would perish—but it becomes dangerous when we are told, as we are in Western civilization, that this is all there is to being human—that even our most altruistic acts can be explained by a reduction to our “selfish” genes and their urge to propel themselves as “units of selection” into future generations.

Our entire modern civilization is built on the cultivation of self-centeredness. We see it everywhere: in the cult of celebrity, in the idea that we can only discover who we truly are by buying the right industrial products at ever-accelerating rates and in the accumulation of more and more material wealth with which to buy these products. When Deng Xiaoping said to his nation that “to be rich is glorious,” he initiated a massive avalanche of selfishness and greed in China that is sweeping the entire planet closer to ecological catastrophe.

We have made highly dangerous choices in using our well-honed capacities for scientific, analytical reasoning in service of our self-centered mode of consciousness. We have chosen to use science to create immensely powerful technologies that have given us the freedom to extract and manipulate wild molecules from the body of the Earth in ways that are creating severe problems for all living beings, including the planet herself. And we seem set on continuing to make these choices despite overwhelming scientific evidence about their detrimental effects. Mere information is not enough to break through our self-centered consciousness, which only intensifies as the economic growth model tightens its grip, strangling our collective imagination. The result is the severe alienation of the human psyche from nature that is increasingly symptomatic of our times. 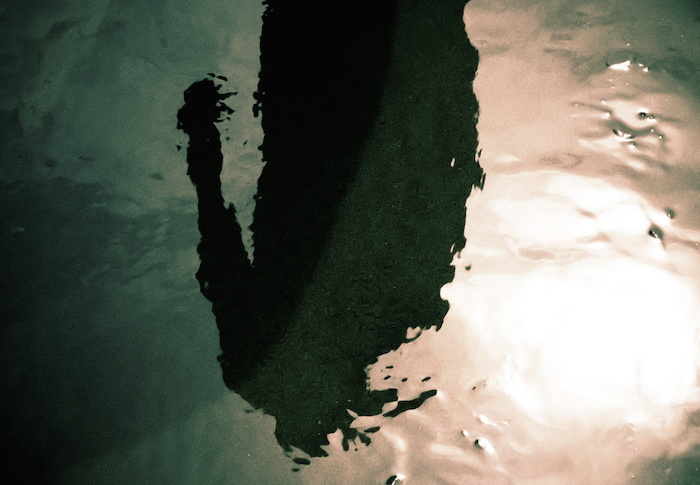 Experiencing our full humanity requires us to attenuate our self-centeredness by enfolding it within a much wider sense of self in which we experience genuine love and compassion for all beings, both living and non-living. There are many names for this wider, deeper self, which is our deepest level of consciousness. My preference is for Arne Naess’s term ecological self because it suggests that the wider self is not some insubstantial, ethereal intellectualization, but rather deeply rooted in the very materiality of our planet—in its teeming biodiversity, its ancient crumpled continents, its swirling atmosphere, and the depths and shallows of its lakes, rivers, and oceans. Thus, the ecological self is not only the human self—it is also the Self or soul of the world, the anima mundi, that awakens us to our full humanity when we know, palpably, in our very bones, that there is a selfhood far vaster than our own in which we live and have our being, and to which we are ultimately accountable. C.G. Jung succinctly gives us a taste of this when he says that “At times I feel as if I am spread over the landscape and inside things, and am myself living in every tree, in the splashing of the waves, in the clouds and the animals that come and go, in the procession of the seasons.”

When we are thus “spread over the landscape,” we feel that nature is animate—that it is imbued with intelligence, wisdom, and a communicative ability that make us feel a natural inclination to minimize harm to the greater self that enfolds and nurtures us. From this level of consciousness, we make choices that minimize harm to the greater body of the Earth, which we experience as our own body. We opt for simplicity and frugality in our material consumption and cultivate richness and diversity in our cultural and spiritual lives, where we realize that true satisfaction lies.

Thus, the most pressing challenge for our times is to awaken the ecological selves of as many people as possible within the shortest possible time. It is vitally important to help people to fall in love with the Earth, by whatever peaceful means possible. I am not at all optimistic that we will be able to do this, but we must each do what we can in our own limited spheres of life. Theorizing about our ecological predicament is, at best, only a beginning. A vital practice is to spend time alone, in silence, outdoors in as wild a place as one can find, allowing the sensuous language of nature to dissolve away our civilization’s corrosive notion that nature is no more than a mute, inert machine. Perhaps it might then dawn on us that we are fully human only when we deeply love and respect not only other humans, but also the vast other-than-human world that enfolds and sustains us.

Stephan Harding was born in Venezuela in 1953. He came to England at the age of six. Since childhood Dr. Harding has had a deep fascination with the natural world, and his scientific cast of mind lead him to do a degree in Zoology at the University of Durham and then a doctorate on the behavioral ecology of the muntjac deer at Oxford University. Dr. Harding is Resident Ecologist and MSc Coordinator at Schumacher College.

Michael McCullough
What does Earth ask of us?

Chris Maynard & Nalini Nadkarni
Mind and morality: where do they meet?

Walter Sinnott-Armstrong
What does Earth ask of us?