This question about the meaning of being human is really hard for us today. In fact, confusion about it is surely what lands so many of us in climate-change denial, deaf to the alarm-bells that keep ringing in the world around us. The problem of human status paralyzes us. It produces cognitive dissonance. We find it harder and harder to believe in the solution to it that our whole culture has accepted till lately—namely, that we are simply the earth’s rulers. Yet both of the two world-views prevailing today—the Christian one and the evolutionary one—still agree in giving us that same answer. Though they differ on so many other matters, this one point of human supremacy is something that they have both taken for granted.

The Christian account as it was widely understood is, of course, that God has put us here as his viceroys, to dominate other creatures and use all earthly things for our own purposes under him, until finally we join him in Heaven. At that point the rest of the earth was thought to be destined for destruction, having no value of its own. During the last two centuries many people have indeed drifted away from accepting this account, turning instead to a belief in evolution, which might have been expected to shake their confidence in human empire. Indeed, Charles Darwin himself rejected the hierarchical picture, believing that all evolving creatures should share the earth on equal terms.

But the vision that caught on was not his. It was that of Herbert Spencer, which shows Evolution as a zero-sum game, a competition determined by the survival of the fittest—a contest with a single winner, namely ourselves. Our intelligence, working through modern science, is believed to have given us complete power over the earth and the right to use it as we pleased. As Julian Huxley put it, Scientific Man has become “the growing-point of evolution,” the guiding power now in charge of the whole process. And indeed, as Stephen Hawking has lately assured us, this person is expected eventually to colonize the stars.

Thus, granted that God—who might have had ideas of his own—has really been removed, our status has become even grander than it was for Christian thinking. No higher power can now interfere with us. This attitude—which is still, rather oddly, described as “modern”—has become, not just anthropocentric but effectively anthropolatrous, self-worshipping. It sees us as omnipotent.

Absurd over-confidence of this kind is, of course, very addictive. It is not surprising that people infected with it can’t abandon it easily, more especially since the deflationary news is coming from a very awkward quarter. The messengers who tell us that our strange reign of irresponsible prosperity will soon be over—that we shall have to get off the bus—are not now just poets or Luddite outsiders who could be ignored. They are scientists. And science is exactly what modernity has always claimed to represent. Indeed, this strangely flattering version of evolution owed its force to being thought to come from science.

Today’s bad news, however, plainly calls for a quite different vision of life. And, by good luck, this new vision is actually one that science itself entirely approves. It centers on simple biological truths that our ancestors surely knew well but that we have lately refused to recognize—for instance, that we are not omnipotent. We are actually a tiny part of a vast system about which, despite all our research, we really know very little. The natural world does not belong to us because we belong to it. It is not a machine that we can tinker with, nor even a batch of inert raw material for making such machines. In fact, far from being inert, it is a huge, active, organic whole with its own ways of working. That is why, if we hope to survive in it, we will have to treat it with respect, learning to adapt to its ways. 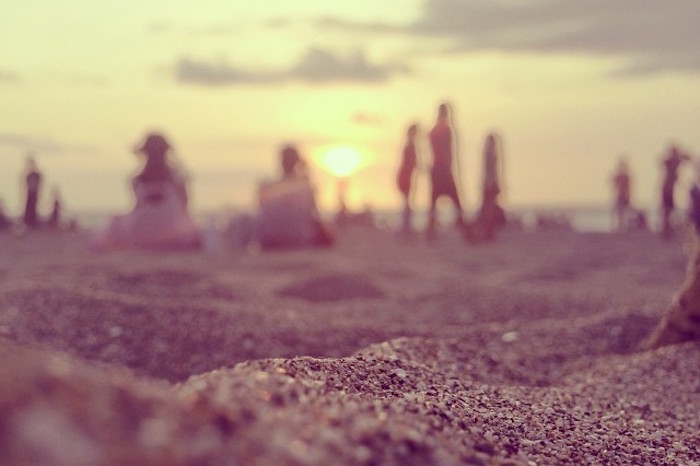 All this, as I say, is plain biological fact. By contrast, the flattering impression of grandeur that has lately prevailed does not really come from science at all, though it has used scientific rhetoric. The main source of this glorification has, of course, been a quite justifiable delight in the many really splendid human achievements. But what carries it far beyond this—what blinds it chronically to human inadequacies—is a competitive ideology nourished by neoliberalism and by an obsession with machines. This vision leads us constantly to glorify selected human successes and to turn our eyes away from human failures.

The suggestion that we ought to acknowledge our own littleness does not, of course, fit our current image of human status at all easily. Humility, in fact, is not a fashionable virtue. Yet this sense of our own inadequacy is surely something our ancestors must always have had because it is an essential element in adapting to change. If we ask how those hard-pressed ancestors managed to survive so many disasters, so many shocking changes of place, food, and climate, we can see that they certainly did not do it by having superior scientific knowledge. Nor did they have the encouragement of believing that they were exceptionally powerful. They survived by using qualities that actually lie at the root of science itself—open-mindedness, versatility, realism, the willingness to learn.

Do we still have that versatility today? Are we flexible enough to adapt and deal with disaster? This will certainly be even harder for us than it usually has been in the past because our lives have lately seemed so safe and predictable. Yet the immense variety of our cultures shows that we still are naturally flexible, and, when disaster does strike, people still show amazing powers of innovation. Can we still muster the courage, the realism, to attend to those alarm bells in time and bring that versatility into action? That is surely going to be the test of our age.

"Up Ahead In the Distance, I Saw a Shimmering Light" by Bluesundrops. (CC BY 2.0)

Professor Mary Midgley served as Senior Lecturer in Philosophy at Newcastle University. She has written extensively about science, ethics, and animal rights. Her books include Beast and Man: The Roots of Human Nature, Heart and Mind: The Varieties of Moral Experience, Animals and Why they Matter, Wickedness, and The Ethical Primate: Humans, Freedom and Morality.

David Abram
Mind and morality: where do they meet?

Arthur Zajonc
What does Earth ask of us?