We find ourselves confronting the unthinkable. Ominous trends continue to accelerate while decades have been lost to debate and inaction. The relentless expansion of modern industrial civilization is unhinging fundamental parts of the planetary metabolism, leaving it uncertain whether Earth will remain hospitable to the current complex global civilization or, ultimately, to human life.

What does this crisis mean? How do we make sense of the human presence on Earth and the nature we disrupt?

The emerging picture of Earth’s tumultuous history is shedding new light on what it means to be human and upending assumptions that informed the modern era. Our story is not the familiar onward and upward progress narrative of a species destined to achieve dominion. It is, rather, a survivor’s tale. We come from a long line of ancestors tempered in the crucible of climatic reversals and catastrophic change.

The fitful moods of Earth are the context for our species’ brief but disturbing career. The post-Darwinian perspective of Gaia theory has expanded our view of evolution to embrace not just the origin of species, but also the evolution of the Earth as a whole—an ongoing, dynamic process in which the physical planet and its life have shaped each other. To understand ourselves and the most recent chapter of our species history—the rise of complex civilization and the industrial big bang of exponential growth—we must recognize how our own history is entangled with Earth’s vicissitudes, and how this shifting stage frames human possibilities.

To be human is to be part of a stormworthy lineage that arose five million years ago and has managed to survive and flourish through a time of unprecedented volatility. The evolutionary advances that finally gave rise to modern humans took place in the face of intensifying climate swings over the past 700,000 years. Our kind emerged some 200,000 years ago from the trials of climate hell, not, as some origin myths imagine, from a benign, primordial Eden. Those who ran this evolutionary gauntlet became adaptable generalists ever more disengaged from any particular place or set of conditions, so they could endure through environmental oscillations, spread and colonize unfamiliar habitats, and respond in novel ways to new challenges and unfamiliar surroundings. This process was not an “escape” from nature, as is often claimed, but one response to its long-term instability.

The upshot is a species characterized by “bewildering variety” and a unique flexibility born of language and culture. Because of this flexibility, humans became a single species with many “natures” and diverse cultures, each of them only one slice in the broad spectrum of human possibility. There is irony in the arc of the human story: this past 700,000 years of rising climatic instability forged the very human talents that have allowed modern civilization to become, in turn, a planetary force and an agent of crisis and instability.

If the vagaries of climate drove our evolution, they have also played an indispensable, if unrecognized, role in the rise of complex civilizations over the past six thousand years. The ice cores drilled from Greenland and Antarctica tell us we live at a truly extraordinary time within this roller coaster history of wild extremes. The world as we know it, with agriculture, civilization, and dense human numbers, emerged during a rare interlude of climatic grace—a “long summer” of unusual stability over the past 11,700 years. Over the past million years, moments on Earth with a climate as warm and benign as ours today have been few, fleeting, and very far between. Before the long summer, more typical patterns of extreme variability made agriculture, the foundation for complex civilization, impossible. Thus, we owe the triumphs of modern civilization not only to impressive human talents, but also to this exceptional period, which has been distinctly at odds with the chaotic climate that our ancestors faced through most of our history. As the modern human enterprise pushes the balance of gases in the Earth’s atmosphere far beyond the normal range, this benign period is coming to an end. 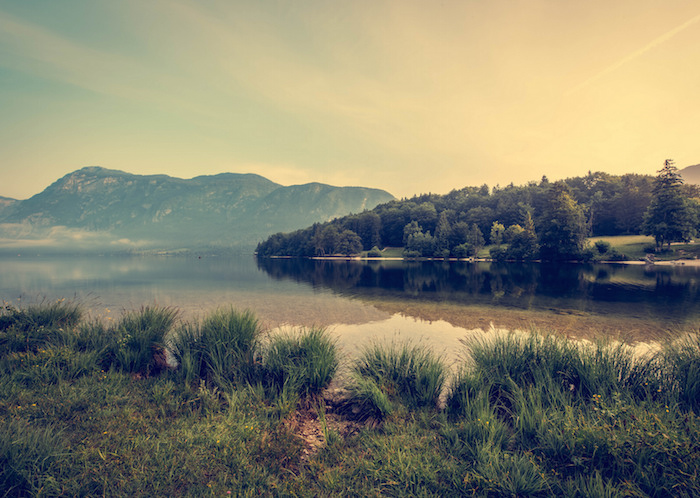 Such planetary disruption is not unprecedented in Earth’s history. Long before humans appeared, other species made evolutionary breakthroughs that altered the atmosphere and resulted in radical, permanent transformations of the planet. Indeed, the current Earth system is the product of several dangerous “revolutions” triggered by living creatures. Humans, however, are the first witting agents of planetary change—the first innovative species with the capacity to understand the potential for catastrophe.

The cultural talents that ensured human survival during extreme evolutionary trials and propelled the rise of civilization during the long summer also give us the capacity for the kind of rapid and dramatic change this moment requires. We are neither destined nor doomed by anything in our nature.

Human culture can, however, be a paradoxical phenomenon. Because cultures involve self-perpetuating mechanisms to maintain their integrity across generations, this vehicle for flexible behavior can also give rise to dangerous inflexibility. Culture can become a destructive trap that blocks change.

This phenomenon is playing a significant part in our escalating crisis. If our current civilization seems bent on self-destruction, its “madness” arises naturally from the modern era’s vision of the world and from social and economic institutions that express that vision.

Nature is returning to center stage as a critical player in human history. In the ultimate irony, human domination of the Earth has not brought the promised control of nature. On the contrary, real-world events have disproved modern civilization’s fundamental assumptions about nature and human power—a “ground truth” that leaves little doubt that our cultural map is not only obsolete but dangerous. Nevertheless, in the modern spirit, prominent voices argue for the “pragmatic” remedies of “planet management” and “geoengineering.”

Our evolutionary track record testifies to our ability to confront the unprecedented and do the unexpected. The next chapter in the human story will depend on how we use our unique human gifts. Will we summon the powerful winds of cultural evolution to shift the human enterprise onto a safer path? Or will we hurtle onward toward a cultural and civilizational dead end?

Dianne Dumanoski is an author and environmental journalist whose credentials in the field date back to Earth Day, 1970. Since then she has reported on a wide range of environmental and energy issues for broadcast and print media. She was among the pioneers reporting on the new generation of global environmental issues, including ozone depletion, global warming, and the accelerating loss of species.

David Sloan Wilson
What does Earth ask of us?