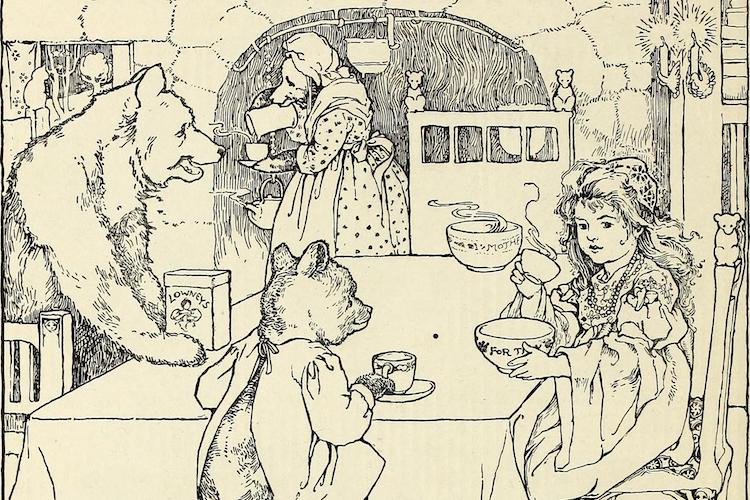 I recently found myself searching for crocodiles at a nuclear power plant.

It was the middle of the night, and we were on an airboat flying through the darkness along one of the canals that cools the reactor. As our pilot scanned the water with a searchlight, we caught glimpses of the crocs’ armored backs protruding from the water as they swam frantically toward the safety of the shoreline. Despite my fears that we would find ourselves face-to-face with savage predators, the crocodiles turned out to be quite skittish.

On the boat with me was a crew from Florida Power and Light, which manages the Turkey Point Nuclear Generating Station, south of Miami.

While the utility did not invite crocodiles to their facility, they could not have offered a more enticing home if they tried.

When Florida Power and Light built the plant in the 1970s, they dug the cooling canals, which are fed by salty ocean water and filled with tasty fish and birds—a perfect home for breeding crocodiles. The utility contained the canals with raised earthen banks, which are exactly the kinds of places that female crocs like to build their nests. When heavy tropical rains accumulated outside the banks, it provided baby crocodiles the freshwater they need to survive before they develop their salt glands.

Now Florida Power and Light estimates that there are about four hundred American crocodiles at Turkey Point, which is remarkable considering that just a few years ago they were listed as an endangered species in the United States. 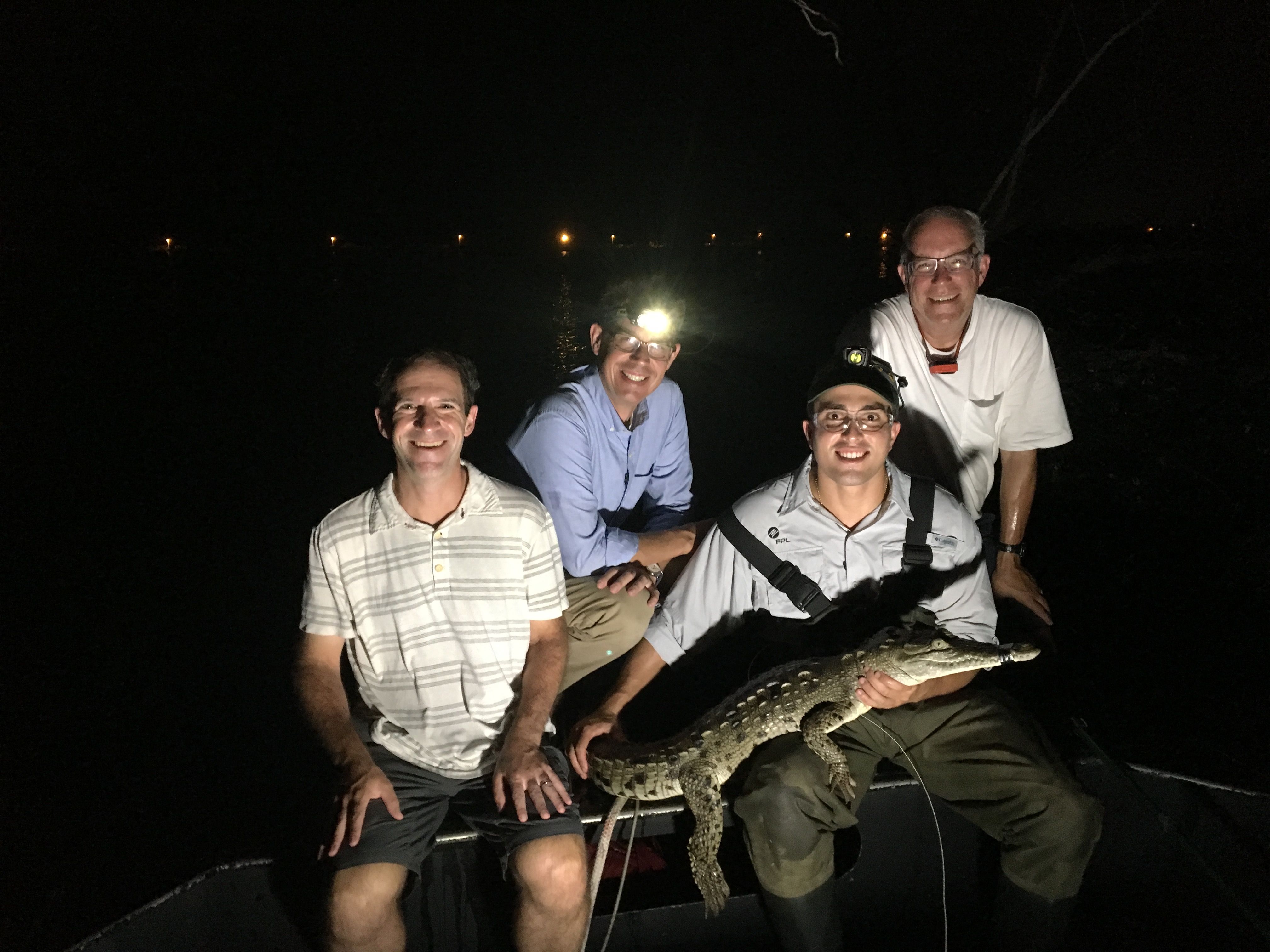 The series is full of stories similar to the crocodiles at the nuclear power plant. We visited a sewage treatment facility in Austin, Texas, which, it turns out, offers ideal habitat for migratory birds. We climbed onto green roofs in New York, which were designed to cool buildings but also make great homes for birds and insects. And we watched as 1.5 million Brazilian free-tailed bats emerged from a bridge in Austin, which has perfect crevices for roosting bats, thanks to a construction mistake.

I think of these as Goldilocks stories: humans build a house full of comfortable furniture for themselves, and then animals show up to discover that the beds are just right for them.

Which got me thinking: Why do we love these kinds of stories?

I posed this question to Kevin Anderson. Kevin is a deeply philosophical guy, if someone who calls his workplace “poopland” can be called philosophical. Poopland is his nickname for Hornsby Bend, that Austin sewage treatment facility that doubles as a kind of bird sanctuary. Kevin is the Coordinator of the Center for Environmental Research there, a kind of think tank that sits next door to a series of sewage sludge ponds that are packed with birds.

Kevin suggested that Americans are fascinated with these stories because they do not fit into either of the two, more obvious tales that we usually like to tell about nature. He calls these stories “First Nature” and “Second Nature.”

First Nature, according to Kevin, is that age-old romantic narrative that many Americans have always enjoyed about pristine wilderness. It is the kind of nature that we imagine has never been sullied by the hands of men. Think of Hudson River School paintings, those glossy pamphlets for national parks, or the Alaska we see in commercials for cruise lines.

In these Edens, humans are merely observers—or absent altogether—and animals are in their rightful, natural places.

Kevin argues, “That’s all a script, a very American script, of how nature is supposed to work, and what these Other Beings are supposed to be and do.”

But crocodiles at a nuclear power plant? They do not have a place in this story. To our minds, crocodiles belong in swamps.

Then Kevin told me about Second Nature, the other kind of story Americans have often told. This is a nature that has been cultivated or domesticated, such as farms, family pets, or city parks. In these kinds of stories, humans are exploiting nature, bottling it up for our own use and enjoyment.

Kevin says that in this conception of nature: “Your relationship with animals is not distant, it’s very intimate. You’re living and dying with them… And the animals are more subjects than objects.”

But the bats that found the perfect home under a downtown bridge? They do not belong in this story either.

Urban-dwelling creatures—like the bats under the bridge, the crocs at the nuclear power plant, and the birds in the sewage sludge—are fascinating because they do not fit into more obvious narratives. These species are not thriving in spite of humans, nor are they completely under our control. They are not taking refuge from us in the wilderness, nor are they there for our pleasure.

To understand urban nature, Kevin says, we need to consider another kind of story: “Third Nature.” This narrative accounts for an environment that is shared—and shaped—by humans and other species.

“These spaces are co-productions,” Kevin notes. “Humans shape these spaces with our own intentions, and then other creatures, other non-human agents, show up with their own intentions and surprise us. These other critters show up and say ‘No, here’s how I’m going to use it.’”

What immediately struck me about Kevin’s conception of Third Nature is the extent to which he is willing to talk about animals as intelligent agents that are doing much more than simply following instinct. He argues that other species are not only adapting to an environment that has been constructed by humans but are also helping to create that environment with us.

In Kevin’s “Third Nature” version of Goldilocks, the bears are showing up at Goldilocks’s house. Then, they modify their behavior to accommodate themselves to this human home, and perhaps even rearrange the furniture a bit to better suit their needs.

I found all of this a little hard to believe at first, and started questioning Kevin about the crocodiles at the nuclear power plant: Aren’t they exhibiting the same set of behaviors as they would in a swamp? Don’t they react instinctively to any environment, regardless of whether it has been shaped by humans?

Kevin sounded frustrated by my stubborn anthropocentrism. He says he’s “trying to get people to understand that non-humans have intentions too. Non-humans have a creativity, and non-humans manage their spaces…. A classic way we’ve thought about animals for centuries, they’re machines, they merely have instincts…. The idea that animals operate purely on instinct is wrong. What they do operate on is something that we very little understand.”

Kevin even endowed the crocs with a certain amount of consciousness in terms of how they navigate these human-created habitats. “They have an awareness that they’re in a constructed space that works in a different way than the spaces their ancestors lived in,” he said, before pausing to qualify, “if they have that kind of a mythic culture.”

If non-human species were operating purely on instinct, Kevin suggests, they would probably flee to less populated areas. But instead, these creatures discovered opportunities in the human-impacted world, and not only exploited that world but had a hand (or paw or claw) in shaping it.

Kevin only had to look as far as the sewage ponds next door to come up with an example: Migratory birds have adapted their behavior and are staying in Austin to take advantage of the ample, year-round food supply in the ponds. Moreover, the birds at Hornsby Bend are playing an active role in shaping how these ponds function. They sit at the top of a food chain there, in which they eat the insects, which in turn feast on the microbes, which help to digest an entire city’s sewage sludge. 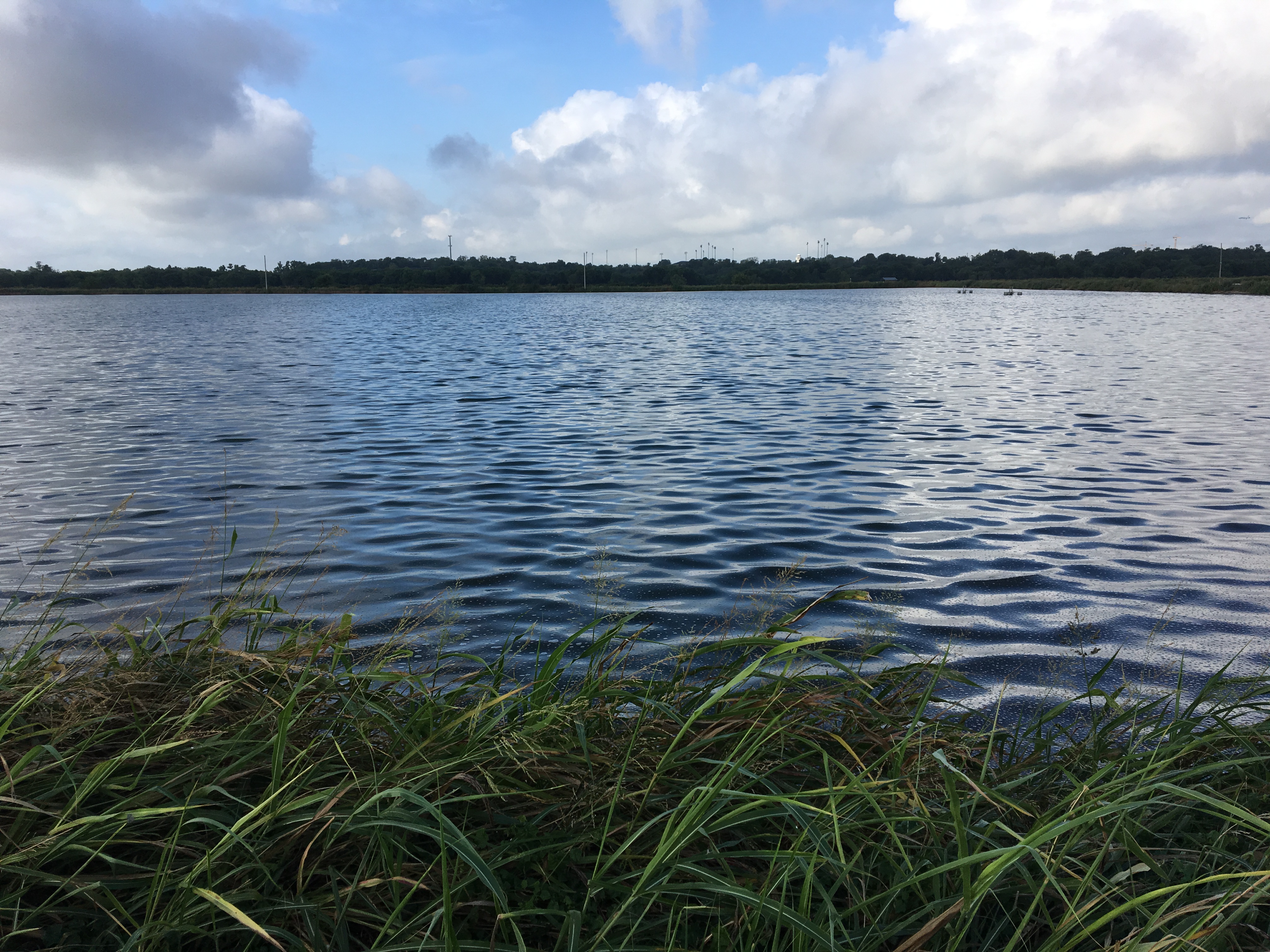 The world is full of such examples of human/animal “co productions,” as Kevin calls them: birds building their nests in the gutters of our homes, coyotes eating the rats that have grown plump on our garbage, seagulls building nests out of plastic zip-ties on city rooftops.

In the First Nature and Second Nature narratives, humans are usually depicted as exploiting other creatures, either by domesticating them or by subsuming their habitats. But, in this other worldview, it often seems as if animals are exploiting us.

I have to admit that this thought has crossed my mind recently. I adopted a dog in December, and, ever since then, I have found myself deciding not to go out to dinner so that I can instead stay home to rub her belly and feed her organic food, before following her around the neighborhood with a plastic baggie in hand.

Once I started to understand Kevin’s concept of Third Nature, I couldn’t help but find that I felt a bit better about the environment.

All of my worries about how we are destroying the planet by plundering its natural resources and subjugating other forms of life suddenly started to dissolve. I had always thought that human relationships to the natural world were exploitative, but it turns out that other creatures also take advantage of us.

And that’s when it hit me: Maybe we like these Third Nature narratives because, to a certain extent, they give us a kind of free pass. Humans can collect our feces in huge, disgusting ponds, and the birds will love it. We can power our homes with radioactive materials and at the same time provide homes for crocodiles. In short, one reading of these stories might be that we can break all of Mother Nature’s rules, and the world will never suffer any adverse consequences.

I voiced my concern to Kevin. The Philospher of Poopland countered with one final metaphor, perhaps thinking that the best way to stop a bad guy with a story is a good guy with a story (to paraphrase the NRA). He invoked the Gaia hypothesis, in which the chemist James Lovelock and evolutionary biologist Lynn Margulis posited that everything on our planet is part of one complex system, hanging in a delicate balance that is “regulated” by Earth itself.

Kevin warned that this system “has parameters within which it works and feedback mechanisms that we don’t understand. And that should breed caution. Because we depend on the system to keep our civilization alive… Learning the lessons of how to live within those boundaries is the great challenge of managing human civilization.”

Toward the end of our night of crocodile hunting, the wildlife biologist from Florida Power and Light set out to capture and tag a small female croc that we spotted sitting on a rocky berm. With a plume of nuclear steam gathering in the distance, the biologist guided our boat to the edge of the berm, and then, using a metal snare, snagged her by the snout. The crocodile—perhaps five feet long from end-to-end—was hoisted aboard the boat, where the biologist taped her mouth shut and started recording her vital signs. 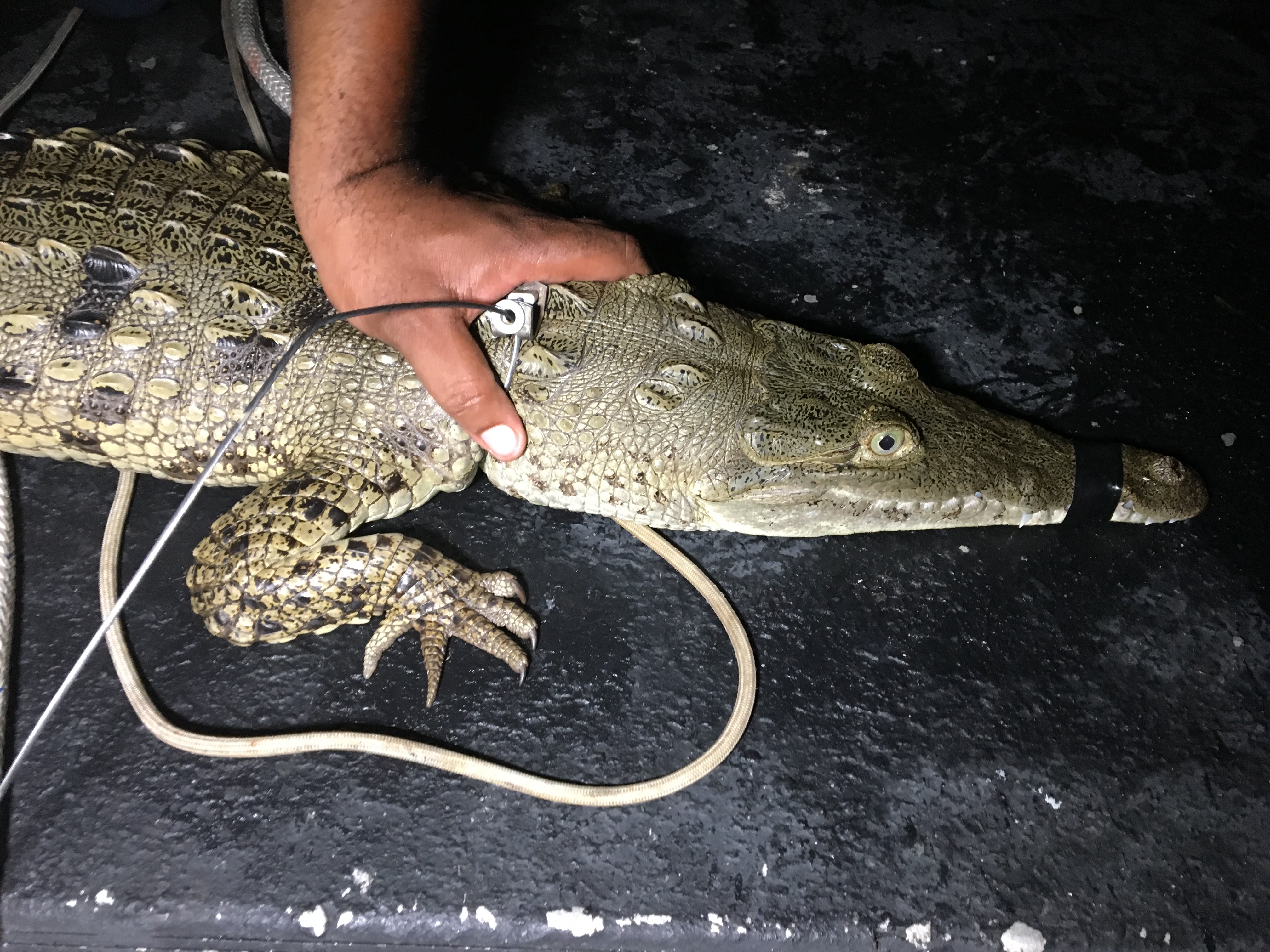 I tried my best to read her facial expression as she was weighed and measured. Perhaps her wide green eyes and jagged overbite spoke of an animal that was scared for her life. Or maybe she was angry and waiting for a chance to strike back.

But now that I have talked to Kevin Anderson, I look back at our video of that crocodile, and start to consider another story.

Maybe she was wearing the sly smile of an intelligent creature who knew that she was making it in a man’s world. She strutted onto the mean streets of this nuclear power plant and took advantage of its good food, ample shelter, and free health care.

It may not be her grandmother’s swamp, but this place would fit her, as Goldlocks would say, just right.

Dan Protess is the Producer and Writer of the WTTW series Urban Nature, and the Series Producer of the PBS primetime series 10 that Changed America.