Mother Nature is amoral, yet morality is universal. The natural world lacks both any guiding hand and any moral compass. And yet all human societies have moral rules, and, with the exception of some individuals suffering from pathology, all people experience profound feelings that shape their actions in light of such rules. Where then did these constellations of rules and feelings come from?

The term “morality” jumbles rules and feelings, as well as judgments of others’ actions that result from the intersection of rules and feelings. Rules, like other features of culture, are ideas transmitted from person to person: “It is laudable to do X,” “It is a sin to do Y,” etc. Feelings are internal states evoked by events, or by thoughts of future possibilities: “I am proud that she did X,” “I am outraged that he did Y,” and so on. Praise or condemnation are social acts, often motivated by feelings, in response to other people’s behavior. All of this is commonly called “morality.”

So, what does it mean to say that morality is universal? You don’t need to be an anthropologist to recognize that, while people everywhere experience strong feelings about others’ behavior—and, as a result, reward or punish that behavior—cultures differ with regard to the beliefs on which they base such judgments. Is injustice a graver sin than disrespect for tradition? Which is more important, the autonomy of the individual or the harmony of the group? The answer is that it depends on whom you ask.

It might thus seem like the parts of morality composed of culture are variable, but the parts of morality that stem from things inside of us are universal. However, it’s not that simple, since culture influences the feelings inside us. For example, the culture in which you were raised determines whether guilt or shame helps motivate you to avoid wrongdoing. It is thus more accurate to say that we are born with certain capacities—to learn rules and internalize them as self-evidently true, to feel profound emotions in response to behaviors that embody or violate rules—and these capacities develop in particular cultural environments, creating the moral actors that we become as adults. There is no simple nature/nurture distinction since these innate capacities depend on the presence of cultural information—a child growing up in a world without culture would no more develop morality than would a kitten growing up in absolute darkness develop sight.

Other brainy social animals, such as chimpanzees, have proto-morality, simple rules for behavior (although it is unclear if these are socially transmitted) and emotional reactions to rule violations (although generally only in response to actions that impact oneself). But only humans have full-fledged morality—complex learned rules that we are motivated to enforce even when they do not concern us. Humans also differ from other animals in that we live in large groups of unrelated individuals, and we cooperate with each other on an unprecedented scale. These features are all connected: culturally transmitted rules and our motivations to conform to and enforce them are what makes it possible for us to not only rub shoulders with strangers, but to act in unison with them. 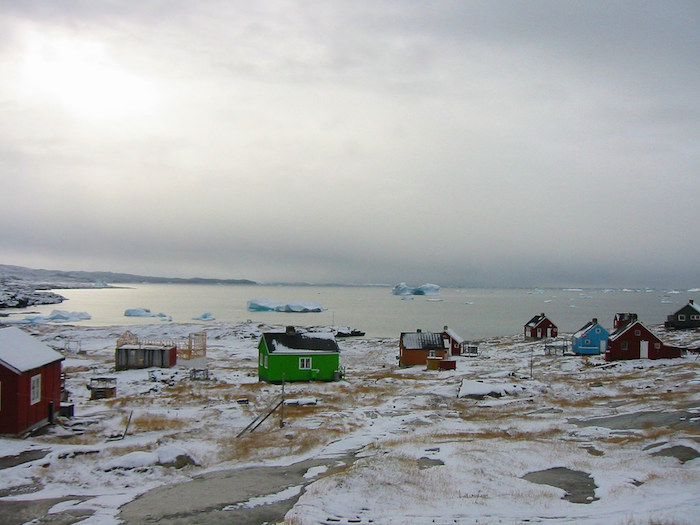 Morality, living in groups, and cooperation are all part and parcel of our reliance on culturally transmitted information. We are not a physically imposing species, yet we have come to dominate the planet. We have succeeded because we are very, very good at learning from each other.

In almost every ecosystem on Earth, societies not only survive, but thrive. This is because, over time, each group has solved myriad problems: how to get food, create shelter, ward off predators—and how to organize cooperative efforts to collectively address these and many other challenges. Most of these solutions are not the invention of any one individual, but rather are the product of numerous small discoveries and improvements compiled over generations.

By learning from each other, we amass an ever-increasing store of knowledge. The more that we are able to get along with each other, and the larger the groups that we can live in, the more that we can benefit from the accumulated wisdom of the group, and the more effective our community efforts are. At the same time, groups compete with other groups over control of territory and resources. And bigger, better-organized, and more technologically sophisticated groups outcompete smaller, less effective, and less sophisticated groups, either through violence or simply through immigration, imitation, or assimilation.

Technology is both physical (like the smartphone in your pocket) and social (like the capitalism that drove innovations in telecommunications and computing). And, just as there is often no single best physical tool for all relevant tasks—do you want your smartphone to be small or easy to read?—often there is no single best way to organize a group. The values and social structures that work best vary across physical and social ecosystems (nonviolent groups minimize disruptive internal conflict, but go extinct if their neighbors are violent, etc.).

Up until the recent past (when contraception was invented), within any given group, the most successful people had the most children. So, at the same time that culture was becoming increasingly important in the ability of early groups of proto-humans to survive, it was also shaping the selection pressures that drove evolutionary change. Individuals who most easily learned the rules of their group, and were most motivated to conform to and enforce those rules, left more descendants than individuals who were less adept at these social tasks. Our increasing reliance on culture thus led to natural selection favoring minds that were primed and ready to develop morality. Groups differ in their social technologies; group boundaries are not biological boundaries (people have children with folks who grew up in other groups); and social technologies often change faster than natural selection can shape traits (think of political or religious revolutions). For these reasons, natural selection has never acted to make it easy for individuals to acquire a particular morality, and instead has acted to make it easy for us to acquire whatever local morality we are born into.

Natural selection has led us to be a moral species, but our histories have led us to different moralities. This realization might cause some readers to despair—perhaps we are doomed to forever fight over what is right. Or, equally depressingly, perhaps understanding the origins of our morality leaves us adrift, with no moral compass whatsoever. However, I prefer a more optimistic conclusion. Among all the living beings on this planet, we alone can grasp not only from whence we came, but also where we want to be in the future. Understanding both our common humanity and the nature of morality empowers us to embrace a perspective that is sustainable in an increasingly crowded world, one that both minimizes war and environmental degradation and respects differences. If none of us can lay claim to an inherently true morality, then we must instead seek compromises that allow us to live together. We are all products of the past, but none of us need be slaves to it.

Director – Center for Behavior, Evolution, & Culture at the University of California, Los Angeles

Daniel M.T. Fessler is a professor in the Department of Anthropology at the University of California, Los Angeles, and Director of the UCLA Center for Behavior, Evolution, and Culture.

Jeff Schloss
What can evolution tell us about morality?

The Moral of Our Story

13 Contributor Responses
What can evolution tell us about morality?