The Way of Coyote: Shared Journeys in the Urban Wilds 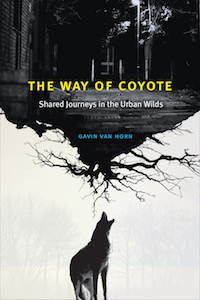 With The Way of Coyote, Gavin Van Horn reveals the stupendous diversity of species that can flourish in urban landscapes like Chicago. That isn’t to say city living is without its challenges. Chicago has been altered dramatically over a relatively short timespan—its soils covered by concrete, its wetlands drained and refilled, its river diverted and made to flow in the opposite direction. The stories in The Way of Coyote occasionally lament lost abundance, but they also point toward incredible adaptability and resilience, such as that displayed by beavers plying the waters of human-constructed canals or peregrine falcons raising their young atop towering skyscrapers.

Van Horn populates his stories with a remarkable range of urban wildlife and probes the philosophical and religious dimensions of what it means to coexist, drawing frequently from the wisdom of three unconventional guides—wildlife ecologist Aldo Leopold, Taoist philosopher Lao Tzu, and the North American trickster figure Coyote. Ultimately, Van Horn sees vast potential for a more vibrant collective of ecological citizens as we take our cues from landscapes past and present.

Part urban nature travelogue, part philosophical reflection on the role wildlife can play in waking us to a shared sense of place and fate, The Way of Coyote is a deeply personal journey that questions how we might best reconcile our own needs with the needs of other creatures in our shared urban habitats.

Gavin Van Horn is the Director of Cultures of Conservation at the Center for Humans and Nature where he develops and directs interdisciplinary projects relevant to the resilience and restoration of human and natural communities in the Chicagoland region. 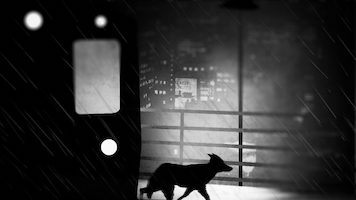 Read the excerpt "The Channel Coyotes" in Emergence Magazine

“An awareness and appreciation for urban wildlife is an important part of world conservation efforts. Van Horn writes eloquently and with insight about the creatures that live among us—and, perhaps, why we should help them flourish. Highly recommended.”

“Engaging and uplifting, this book provides a fresh perspective about the wilderness woven throughout the urban forest.”

“Van Horn's book is an opportunity to see what a city is—and what a city could be—with new eyes.”

— Julian Hoffman, author of The Small Heart of Things

"Gavin Van Horn, a natural navigator of the cityscape, reminds us that urban is not the same as absence of nature. He writes with great beauty and dignity about how we might better align ourselves with the natural world and establish urban habitats where a diversity of wildlife can flourish." 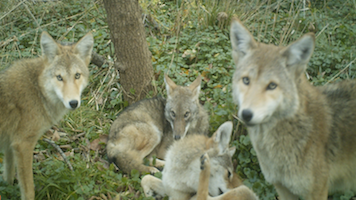 The Way of Coyote Events 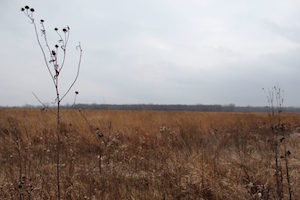 In a talk titled, "Desire Lines: Daring to Follow Trickster Coyotes and Rambling Bison," Gavin Van Horn will share readings and reflections from his recent book The Way of Coyote: Shared Journeys in the Urban Wilds. He will discuss how wildlife can further connect us to the importance of re-storying Chicagoland, from our backyards to the bioregion. The event is free and open to the public.