Despite their ability to tolerate people, deer don’t live on lawns, foxes don’t limit their activities to little-used portions of backyards, and raccoons and opossums don’t hang out on the front porches of our houses. Many of these animals spend their daytime hours lying low in urban parks… but after dark they may venture into adjacent neighborhoods to take advantage of the abundant food resources, courtesy of their human neighbors.

My husband and I are night owls. Even having a toddler at home hasn’t changed our nocturnal habits; I’m often out with my dog at midnight or even later for one last walk before bedtime. I let Wrigley choose the direction we’ll go, but I’m always glad when she turns left at the sidewalk. That means we’ll pass by two homes, perched on a ridge above the road, with a tangled confusion of shrubs, grasses, and trees obscuring their shared property line. The messy space between the residences, owned but not occupied by people, is a gift to our wild neighbors. 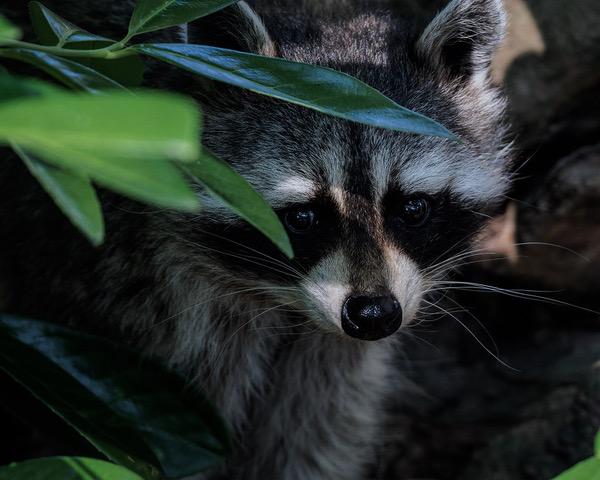 For the past fifteen years, we’ve lived in a leafy green area three miles from the White House. The fall line between the Coastal Plains and the Piedmont plateau splits Washington in two; one side is near sea level and consistently flat, the other side changes elevation with each block. Our house is in what could be called the highlands—the tallest point of the District and most decidedly in the Piedmont section. In DC’s early days, rural retreats for the wealthy could be found up here, where breezes made the summer heat more tolerable. Even today, it’s generally a few degrees cooler at our house than on Capital Hill.

The roads up here follow natural hills and ravines, most leading down to Rock Creek, which runs along the spine of northwest DC before emptying into the Potomac. The stream is surround by an eponymously named park that provides a buffer from the accumulated development of decades. Although many branches of Rock Creek are secreted beneath roads and buildings, there are still numerous tributaries and tributary parks, appendages of Rock Creek Park that sometimes start and stop to accommodate large roads. Several of these green spaces run right into my neighborhood; one is only a short downhill sprint from our back gate.

Our address isn’t on a main thoroughfare but the street is a conduit between two busy arteries traveled daily by passenger cars, delivery trucks, police cars, fire engines, and ambulances. Our sidewalks are also well used by locals walking to the closest Metro stop or visiting the shops and restaurants nearby. From morning through evening, it’s a vibrant place full of people.

Late at night, when Wrigley and I head out, it’s also a vibrant place full of wildlife. Raccoons and opossums scamper across the street. Down the hill, white-tailed deer browse on the expansive front lawn shared by several four-story condo buildings. In fall and winter, our neighbors sometimes confuse the spine-tingling vocalizations of red foxes breeding in a nearby wooded gully with the sound of a woman screaming. I’ve even seen a coyote trot up the hill immediately after an ice storm, easily navigating the slick sidewalk with a grace that Wrigley and I did not possess. 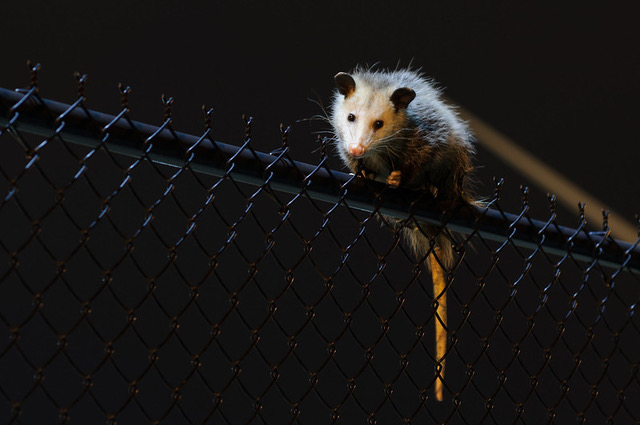 It’s by commuting through the tributary parks that wild animals disembark on our street after dark. A quiet back road funnels them to and through the weedy hallway on the hill. I count myself lucky on nights when I see evidence that this passageway is being used. Most recently, I saw one of those amorous red foxes, his handsome coat streaked unusually with gray, smoothly trotting across the street towards this overgrown corridor and back to the ravine. He saw us, too, and turned his head to eye Wrigley warily. On a previous outing, three deer calmly emerged from underneath the shrubbery and picked their way down the hill, barely noticing me, or the canine growling softly by my side. Our city deer know there’s little to fear from a person on foot with a leashed companion.

I wonder if the human residents know what’s going on right under their noses. At times, the nonhuman visitors make such a racket crashing through and beneath the vegetation, I think the folks inside those houses couldn’t help but hear. Do they watch with anticipation from a side window?

As a conservation biologist, I’d love to knock on their doors and ask, “Can I put a field camera on your property to record who goes there and when?” But what if they don’t know there’s a wildlife highway hidden beneath their neglected trees and shrubs? Would they welcome the news? Or would they mow and prune and put up a fence to keep their wild neighbors from trespassing?

I have no way of knowing, so I bite my tongue and wait for those midnight walks and a chance to catch a glimpse of the other side of our neighborhood. 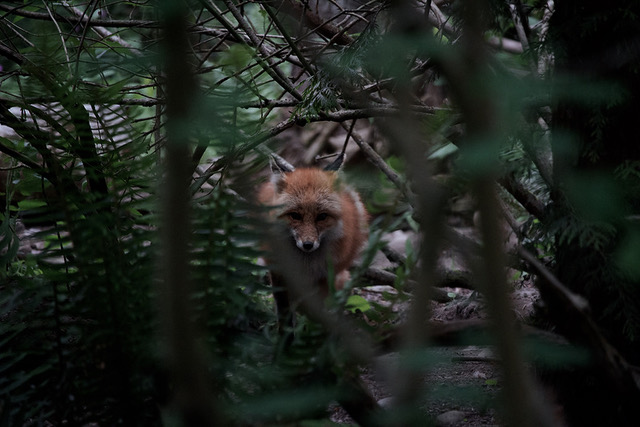 President of The District Coyote Project

Dr. Megan Draheim is the founding president of The District Coyote Project, a faculty member at Virginia Tech’s Center for Leadership in Global Sustainability, and a photographer. She blogs about urban wildlife at Our Urban Jungle. Based in DC, Megan is thrilled that coyotes have come to the nation’s capital.