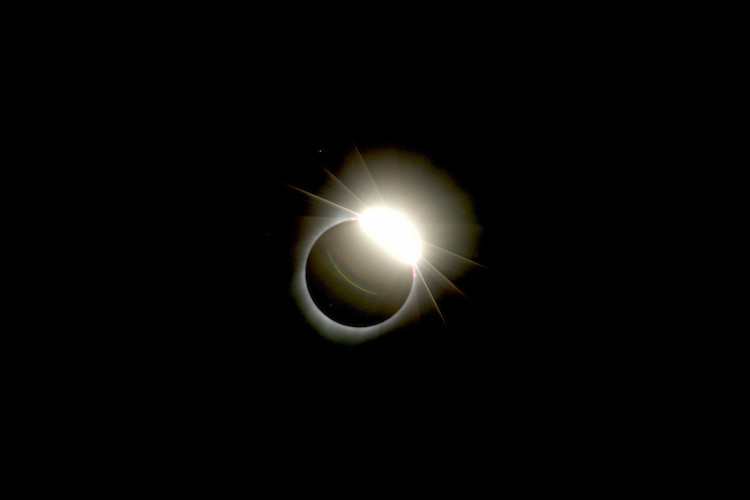 The coming shadow pushes a welcome breeze under the ninety-six-degree air before it. NASA researchers, joining others positioned across the eclipse path from Oregon to South Carolina, launch their last two balloons. The balloons, with boxes in tow to gauge air-pressure and temperature in the Martian-like stratosphere, swell before a news crew like the Statue of Liberty blowing bubblegum. One balloon hefts a camera. The other dangles microbes found living like barnacles outside the International Space Station. When a balloon released earlier that morning bursts, Douglas, a team leader, says, “Good thing they didn’t catch that on film,” since the C-SPAN reporters do not spot the equipment parachuting down in the distance. 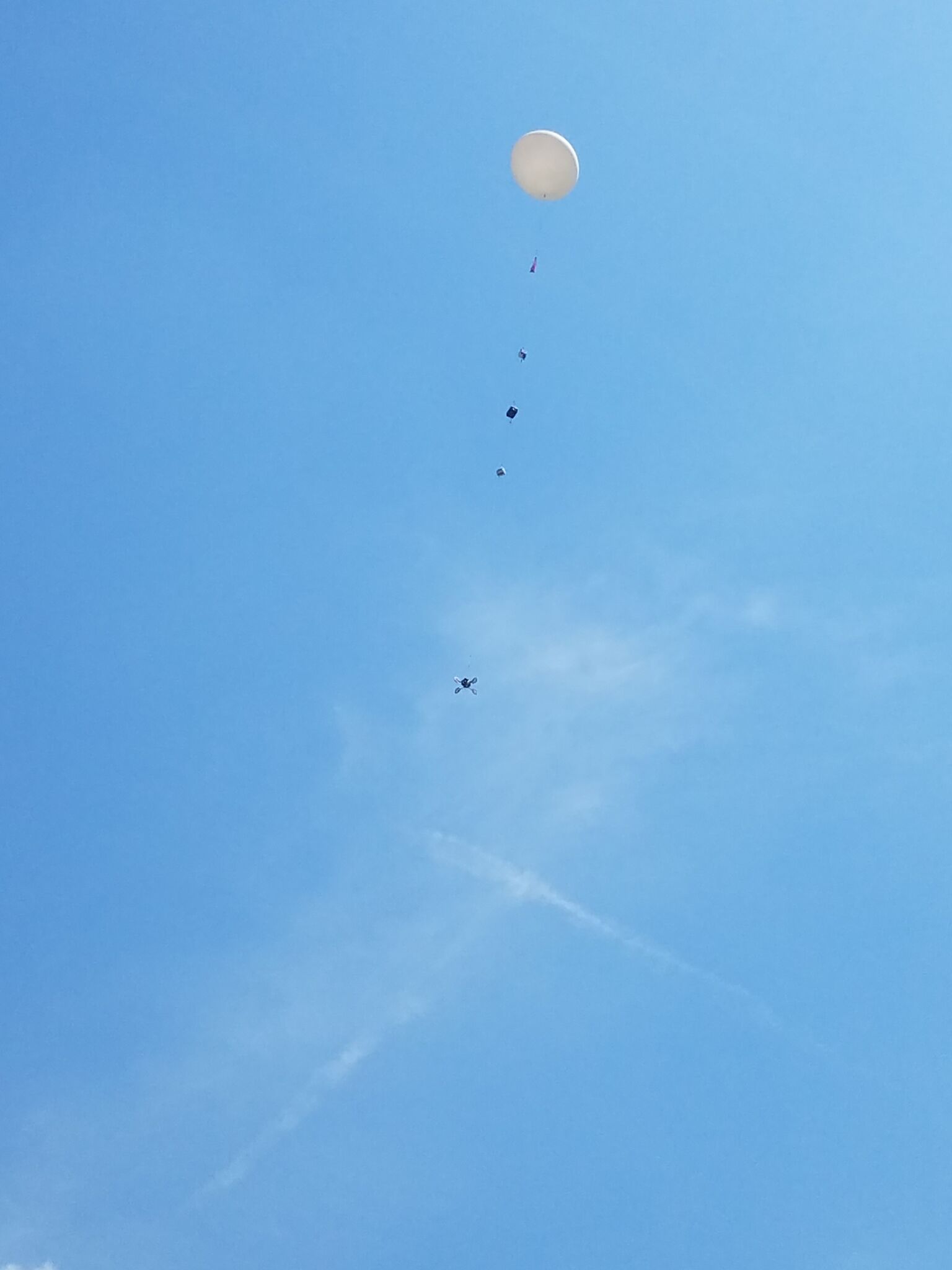 I am surrounded by twelve- to sixteen-year-olds who use words like “declination” in casual conversation. NASA’s live feed is being shot from the astronomical observatory on our university’s working farm and environmental center, and I volunteered to help INSPIRE and NASA Space Camp students journal their experience.

Some of the students are monitoring beef cattle to see if they leave the shade of the trees when the sky darkens. Others, whom entomologist Don Sudbrink calls “The Cricketeers,” are marking boxes of male crickets to determine if they call for females, or chirp, during totality as they normally do at night. Beekeepers Bob Moore and Emily Rendleman are setting up a station by the beehives to see how honeybees respond since they navigate by the Sun.

The ancient Chinese blamed a dragon for devouring the Sun, so the Chinese word for eclipse is chih, to eat, but the growing arch suggests to me a deeper appetite. I wait my turn at the telescope in a wheel of chatting people as if feeding coins in for a peep show. The Sun being taken by this dark body is public as a mall poster of tantric union, Sparshavajrā’s head thrown back in abandon. I scrutinize each meeting point, under magnification.

When the last gleaming crevice between them squeezes shut, we tear off our shades and fill our eyes. A chorus of shouts goes up. In one 1,450-m.p.h. wave the Moon’s shadow has stranded islands of people in a sea of evenfall. “Where in your body do you feel awe?” I had asked students earlier, “Your stomach? Toes?” My cheeks stream with tears, exposed emulsion paper dipped in a silver bath. 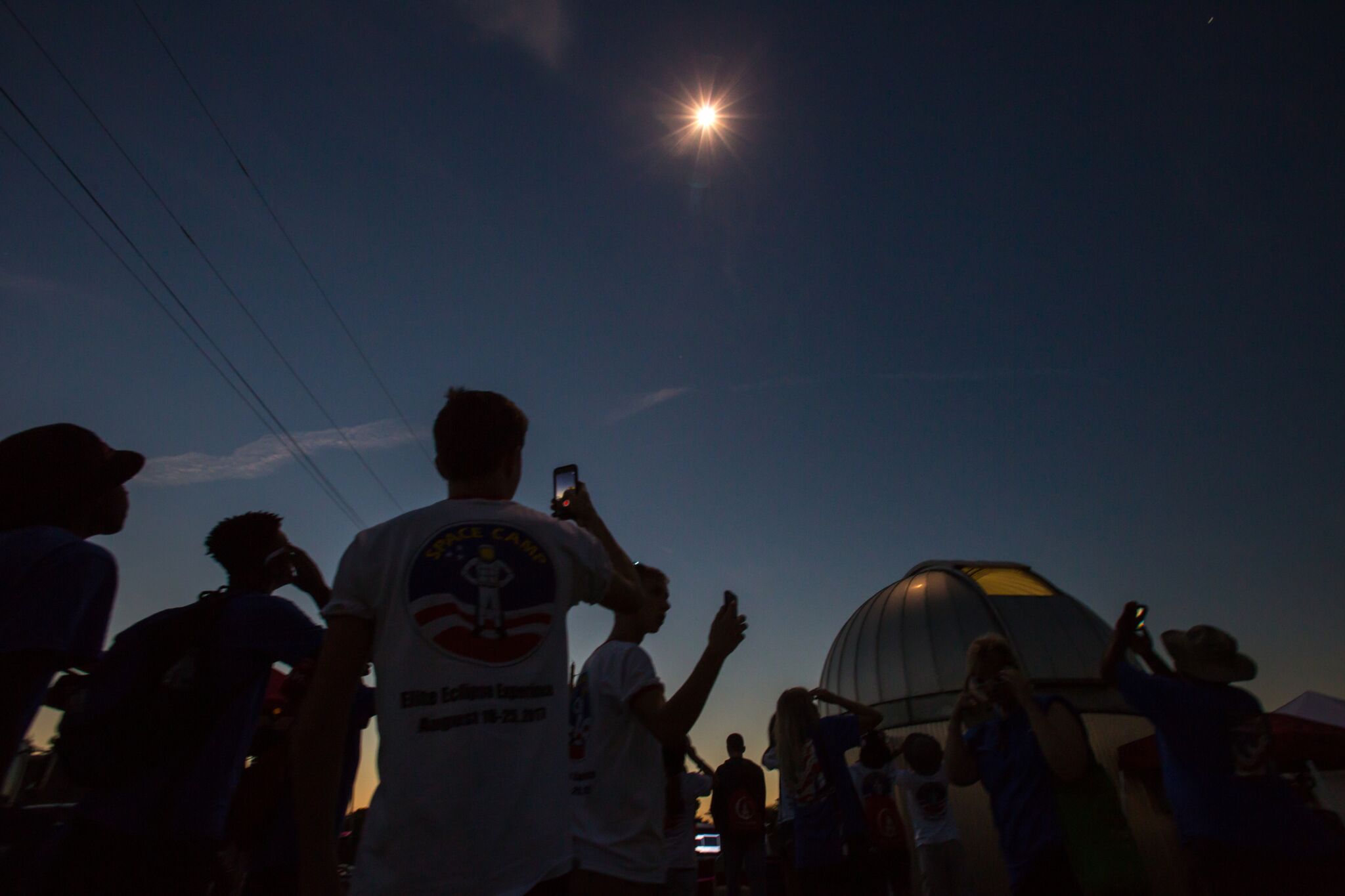 Skin tones glow indigo and a kit of rock doves swoops overhead. The corona flexes and flails, wild-haired behind the curtained spotlight. I turn and scan the horizon; the only celestial modesty for 360 degrees is its downcast lavender lid.

When the Sun reemerges flushed and bright-eyed, solar physicist Mitzi Adams wastes no time assembling observations from these two minutes and eighteen seconds none of us alone can comprehend.

“I had to step back ten feet,” says Emily. “The bees were jostling each other off the hives’ landing strips, buzzing in agitation rather than their usual hum.”

“At least two mosquitoes came out,” Mark adds, pointing to raised marks on his arm.

The Cricketeers report that four boxed crickets sung and were joined by more in the wild. They also saw fifteen, then twenty, then forty eastern sliders pop out of the pond to bathe in the twilight. Rod notes that one cow left the herd to graze, imagining it time for her evening meal. Masu saw a crow U-turn mid-flight, as if to return to his night roost.

“The plants think it’s a new day,” José says, having seen the watermelon flowers—which open for one day only—close when the temperature and light fell. He was not surprised that they did not reopen, because he raises his own watermelons as well as peas, pumpkins, and chilies. The female flowers had had their morning. They unfurled yellow petals, beckoned honeybees in ultraviolet radiance to their swollen stamen, and waited. Grains of pollen dropped and clung to the lucky ones. For the others, it was over. The chance had passed by them like an empty hand. Providing our only plant observation, José was the first person to document that phenomenon.

“He’s exceptional,” we agree at dinner. 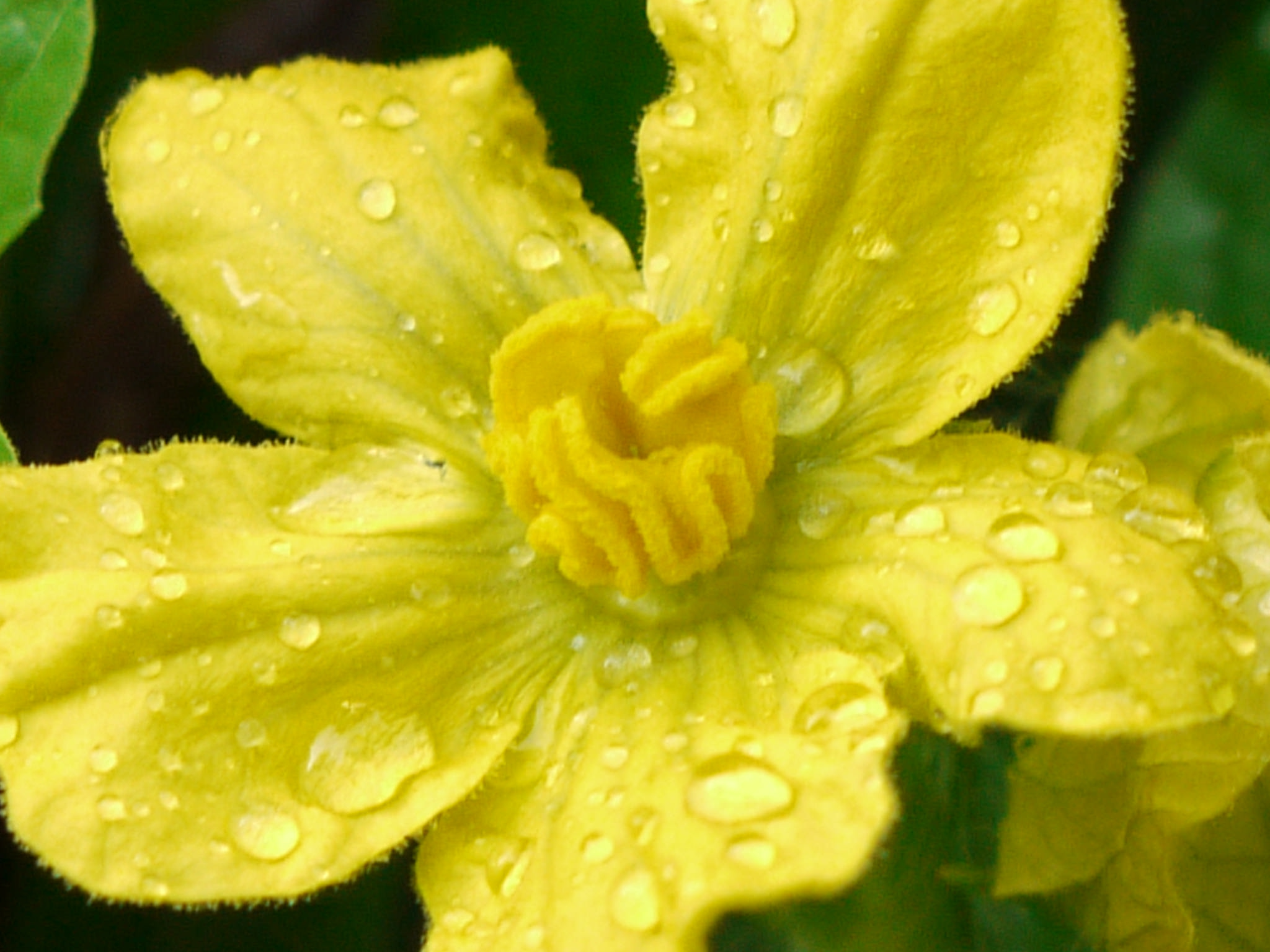 As is this planet, optical physicist Phil Stahl explains: “Without the Moon’s sway, Earth’s distance from our G-class star would not have been enough to evolve life.” The ebb and flow that the Moon generates pulls the ocean into rock shallows, which the Sun warms. It is a recent observation about the importance of tidal pools, he adds, but it makes sense that marooned-until-high-tide species have long teemed together and schooled each other, leaving each one better for it.

I picture Spring Break hot tubs. For all our mathematical abilities to predict eclipses until this Saros series, or season, ends in 3009, we are testaments first to hot-bloodedness. The animal scientists, whose own circadian rhythms have been jangled by eclipse fervor, will soon head back to their fields and laboratories to rejoin those creatures who low and call to each other. Members of our cohort who tomorrow will pore over footage of solar winds and magnetic fields recognize the remarkable nature of this conjunction.

Those who will commence mapping the universe appreciate the odds not for life but those against it. In the midst of political discord and ecological turmoil, they wonder at the billions of years that have led to this alignment. Kind of makes a person want to nuzzle up to a loved one, the star-studded sky above this habitable zone, nothing short of expectant.