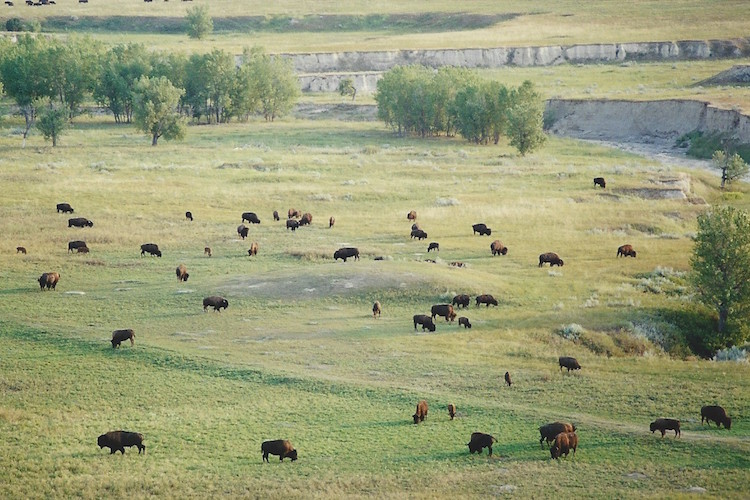 OK, it wasn’t quite that scene out of Dances with Wolves. You know the one: a massive herd of bison thunders across the great western plains with Lieutenant John J. Dunbar (actor Kevin Costner) and his new-found Lakota Sioux friends in hot pursuit.

Still, the release of twenty-seven bison into the recovering prairie lands of Midewin National Tallgrass Prairie was pretty awesome. In fact, for those of us on hand to witness the event—armed only with cellphone cameras and safely ensconced behind a steel corral—it was something that each of us will remember for the rest of our lives. Bison have been a long time gone from Illinois. A longtime dream of their return had finally come true. 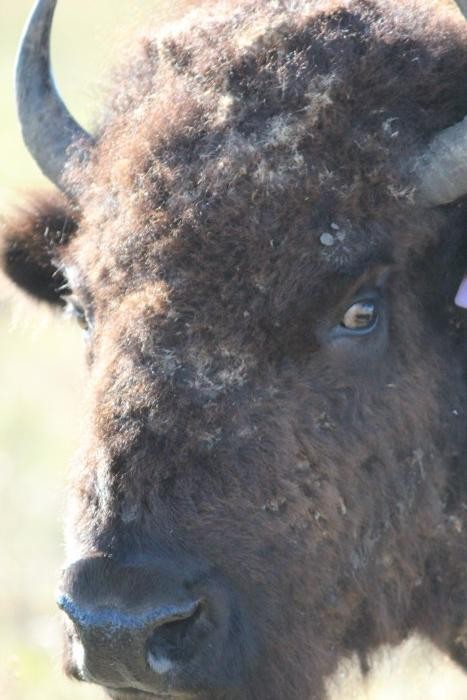 For me, well, perhaps quest is too strong a word, but I’d been a quarter century in search of bison. Twenty-five years ago—the year Dances with Wolves was released—I got it into my head that I would spend the better part of every August on a solo trek through the west. Precisely why this suburban-raised, city-dweller decided to buy a pickup truck, some camping equipment, and venture into—what was for him—uncharted territory may have had a little something to do with his favorite scene from the film; the one in which Dunbar, a failed martyr turned Civil War hero, explained his unusual request to be posted to the West:

John Dunbar: I wish to see the frontier.

Major Fambrough: You wish to see the frontier?

One of my first destinations was the Badlands of South Dakota. I somehow managed to stumble across a campground in the far northwest corner of the National Park. In truth, Sage Creek is less a campground than a dusty oval dotted with sun-bleached picnic tables and a couple of drop toilets. There is no water. It overlooks an endless vista of aeon-weathered buttes and summer-sered shortgrass prairie. According to the ranger, the campground is so virtually indistinguishable from the surrounding landscape that the resident free-ranging bison are known to roam through it. 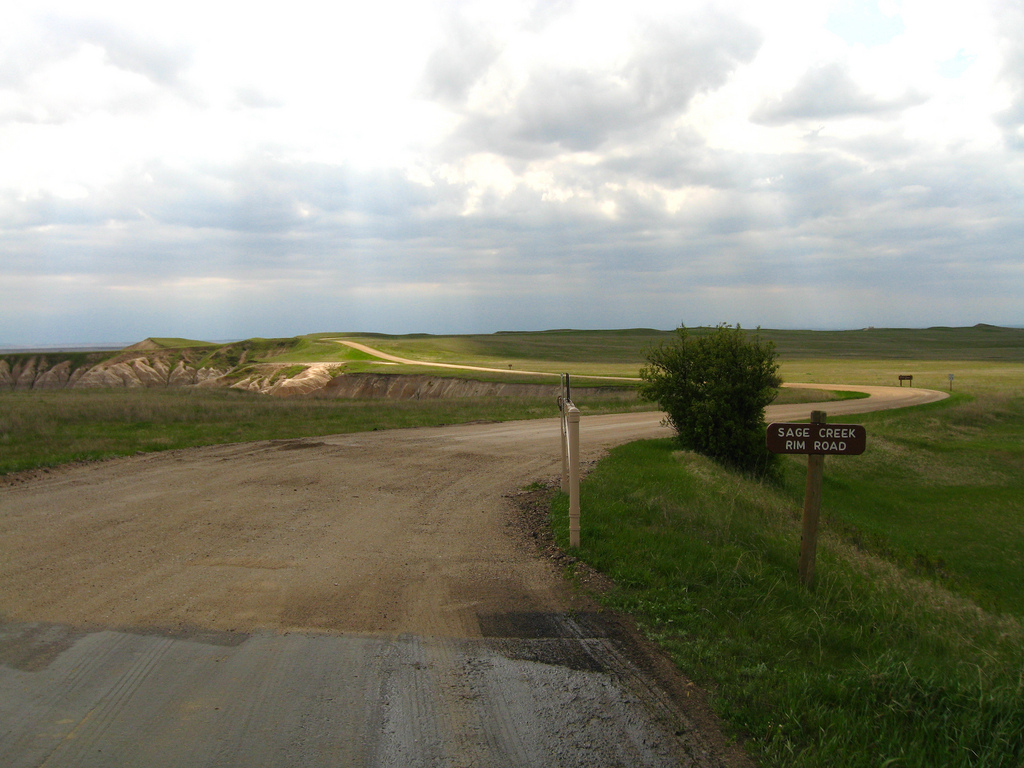 Perfect. And a little scary.

When I began my camping adventures, I was among the tenderest of tenderfeet. My family never camped. In fact, we weren’t nature people, at all. Dad golfed. Mom played bridge. I somehow got enrolled in Cub Scouts, advanced through Webelos (a most unfortunate name for any kid to endure) and made it through the Life rank of Boy Scouts before bailing in favor of basketball. Before doing so, however, I went on a few scout trips. Once to Chanute Air Force base, where I got food poisoning and threw up all over the bathroom. I mean all over. And once to some nature camp, I can’t recall where. But what I do remember—I bear the mark to this day beneath a dental cap—is losing the better half of a front tooth along the abandoned railbed we were hiking; my foot catching on a snag, my mouth meeting steel rail.

My first trip to Sage Creek Campground began on an equally inauspicious note. Sitting on the tailgate of my pickup, simultaneously intrigued and intimidated by the pseudo-moonscape staring back at me, I fiddled with some of my brand-spanking-new camping equipment. Running the blade of my Swiss Army knife along my thumb, I inadvertently opened up a red gash. In my attempt to close the knife, I somehow sliced the other thumb. Only then did I discover that my first-aid kit didn’t contain enough butterfly bandages.

Without too much further blood loss, I willed myself to make several sorties into the badlands, each one longer and further from the campground. Each night, however, I forewent my tent in favor of sleeping in the bed of my pickup, preferring Chevy-tough steel to ripstop nylon should a bison herd thunder through camp in the middle of the night. I needn’t have worried. I saw not a single bison that first visit to Sage Creek. Nor the second, third, fourth, fifth, nor sixth.

Year seven, I met one.

Following a two-week backpacking trip in Colorado’s Chicago Basin, accomplishing all three of its 14,000-foot peaks on my own, I wound my way back to Sage Creek Campground. Arriving late afternoon, I parked the truck, strapped on my backpack and headed into the backcountry. A few miles in, I pitched my tent on a low butte overlooking a wary prairie dog colony. As their alarum barks gave way to the sonic booms of nighthawks and the yip-yip-howls of coyotes, the sky faded from dusk to dark, filling with as many stars as there used to be bison upon the land. Exhausted from my trip, I tumbled into my tent and fell instantly asleep.

In the middle of the night, I was awakened by the huff and rumble of a steam locomotive. That’s what it seemed like for the foggy half-second it took my senses to snap to and for me to realize that a bison was plodding straight toward my tent.

In my travels, I’d seen bison elsewhere. From the safety of my truck in Custer State Park. As part of a massive herd of tourists in Yellowstone National Park. In 1994, I’d made a pilgrimage to a farm in Janesville, Wisconsin, to see Miracle, a white buffalo calf, a rare occurrence and powerful symbol for the Sioux people and many other Native American tribes.

But nothing can prepare you for just how massive and powerful bison are up close. Mature bulls can weigh a ton. They can reach speeds of up to 35 miles per hour, virtually from a dead stop. They can leap six-foot fences. They endure scorching summers and winter squalls with equal indifference. And although they may appear docile, grazing like shaggy, super-sized cattle, they are unpredictable wild creatures. If provoked, they lower their massive heads and ram, trample, and gore. In Yellowstone National Park, as many tourists have been killed by bison as grizzly bears.

The plodding slowed as it grew louder and nearer. I felt each two-thousand pound hoof fall reverberate along the length of my body. And then. Silence.

Blind in my cocoon of a tent, the silence was excruciating. Like in the movies—that pregnant pause before the tornado strikes, the serial killer flashes his knife, the alien ships open fire. Every muscle in my body was poised for flight when at my ear, just outside my tent, a cricket sang. To my adrenalin-addled brain, it was a small but unmistakable cry of “all clear.” Impossibly, I fell instantly back to sleep.

I awoke at the first hint of light. I slowly unzipped my tent. I stepped out and stood in the middle of a large circle of matted grass. It still felt warm to my bare feet. I looked up and my gaze fell upon a bull bison grazing its way toward its herd. 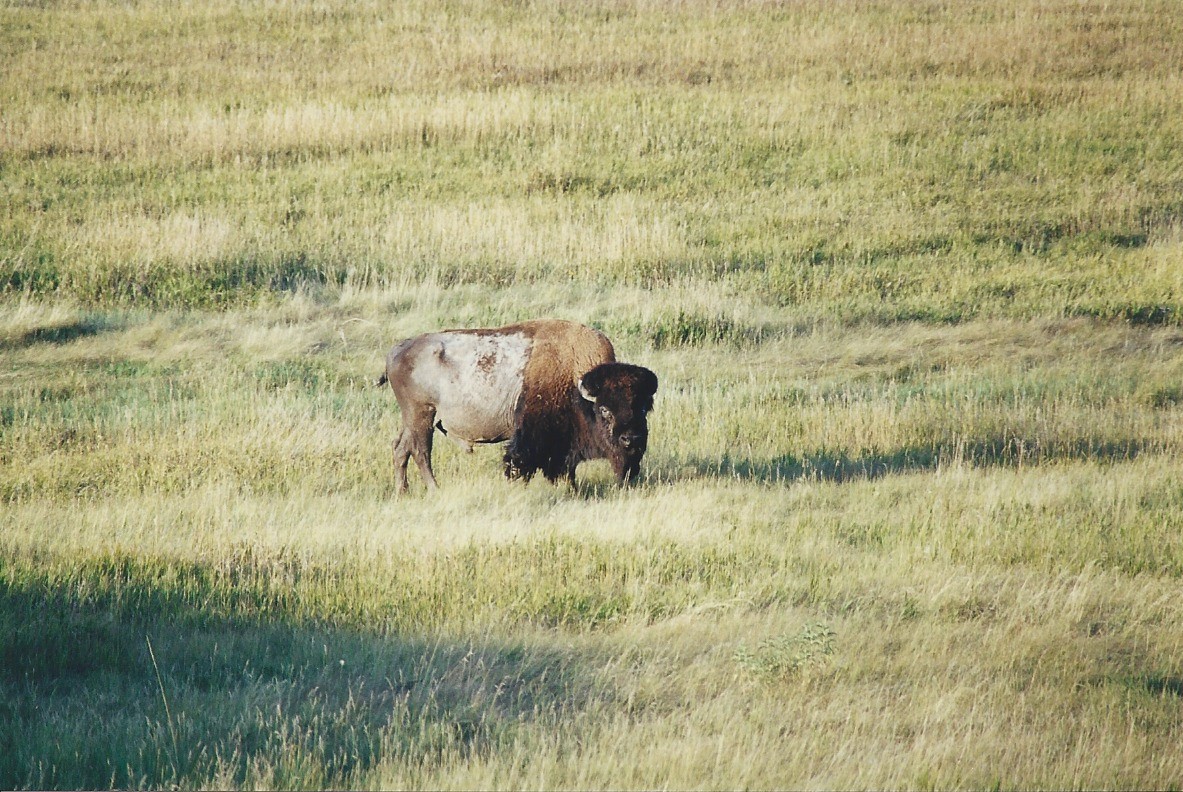 For many Augusts thereafter, I returned to Sage Creek and spent countless hours observing bison. In between sojourns to the likes of Yosemite, the Wind River Mountains, and the River of No Return Wilderness, I visited practically every bison reintroduction site I could find: Konza Prairie in Kansas, Broken Kettle Grasslands in Iowa, Tallgrass Prairie Preserve in Oklahoma, Niobrara National Wildlife Refuge in Nebraska, to name a few.

And then one year, I just stopped. One summer, I was halfway across Iowa, the truck loaded with my camping gear, and I knew I was done. I turned around and headed home. I didn’t understand it at the time, but I think I had, after twenty years, conquered some inner frontier. I’d traveled far, up many mountains, across many deserts, down many rivers, discovering within me stores of endurance and courage I never knew I possessed.

It was time for the next frontier. A new quest. (OK, perhaps quest is the right word after all.)

It was then that I began volunteering in earnest at Midewin. To help return the prairie—all but plowed up and paved over—to the Prairie State. To prepare the way for the return of bison, absent since the last wild one was shot in 1837, near Troy Grove. Since then, I’ve cut a lot of buckthorn, harvested and sown a lot of native prairie seed, and monitored the return of native grassland birds, discovering within me a fierce latent love of tallgrass prairie lands, awakened by having ventured so far from home. 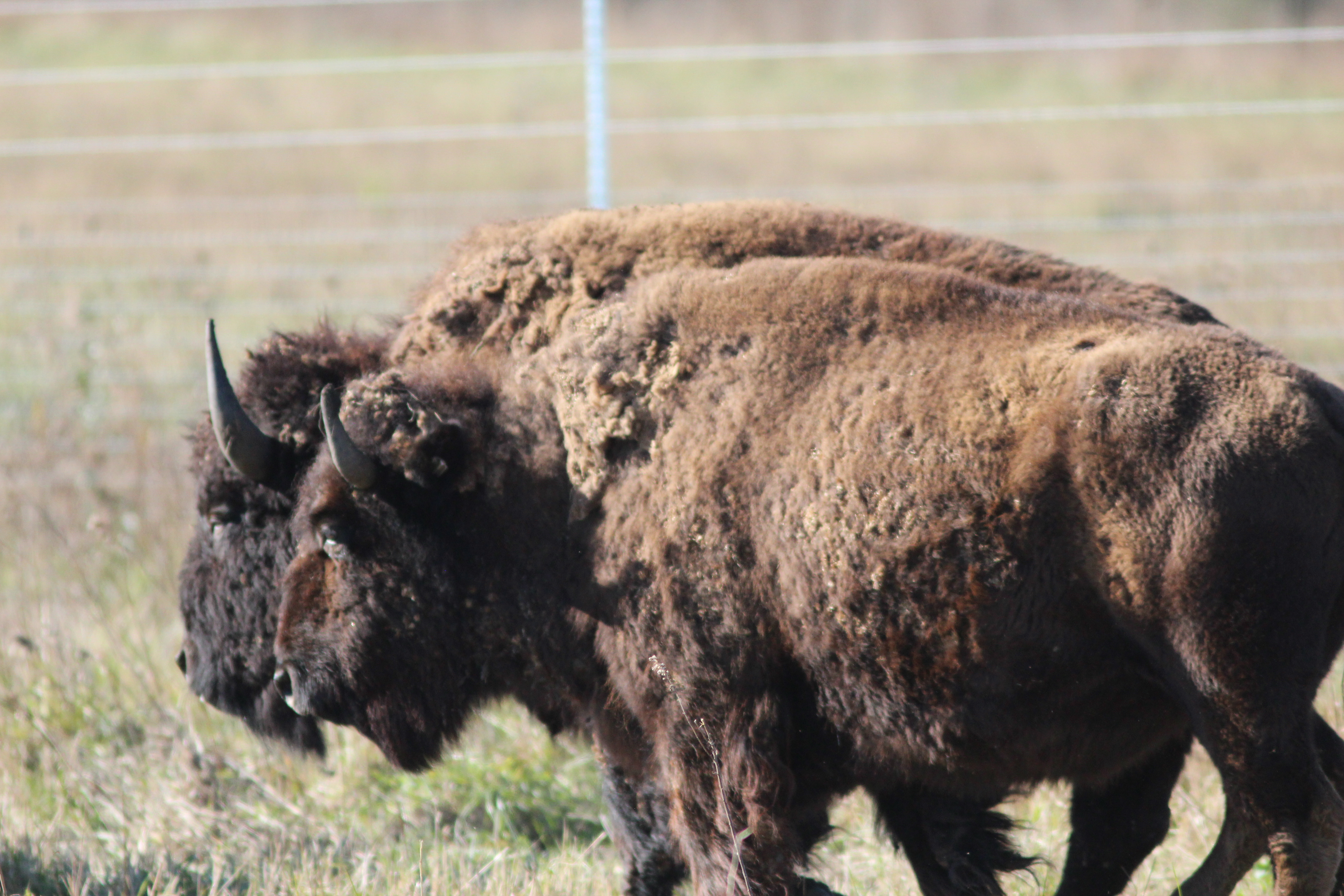 Last fall, the slow but steady recovery of Midewin achieved a major milestone with the release of the twenty-seven bison. As they thundered out of their holding pen, once again I could feel the vibration of their hoof falls; this time up through the souls of my boots and into the frontier lands of my heart.