Where is home for Black people born in America? What land can we truly call ours?

My grandparents were born in the Deep South in the early 1900s. In the forties, they migrated north along with thousands of Black Southerners in search of security away from the racial terrorism that defined their lives in Mississippi and Alabama. They moved to look for work, stability, and to create peace for themselves and those they loved.

Many Black people in America don’t often get the luxury of staying in one place for too long, unless someone else wants to keep us there. Federal and local governments, private industry, insurance companies, urban planners, real estate brokers, homeowners associations, and many others have conspired to move or confine Black bodies since the abolition of slavery in 1865.

After Hurricane Katrina, the media called Black Americans forced out of their homes by nature, disaster capitalism, and an anti-Black federal government “refugees.” Refugees in the very country where we were born. But this is the reality of many Black people in the US—we are constant outsiders, moving through spaces where we never really belong. When shopping, driving, swimming, birdwatching, grilling, sleeping, jogging, eating, taking public transportation, walking, or standing still—we never belong. The Great Migration never ended for so many of us. Because of gentrification and displacement, we are constantly moving to find decent lives for our families and the safety and the stability that comes with it.

My family has been in Oakland for over twenty years, but we’ve moved around a lot. Always looking for the next place to live after an illegal eviction or a rent increase. Always searching for someplace to call home that is affordable enough to still have a life after rent and hoping for communities safe enough for children. Each time, we’ve come face-to-face with the legacy of redlining juxtaposed with the exorbitant rental costs that defines our present-day rent-is-too-damn-high reality in California.

The places where Black families can afford to live are few. They are the same places where lack of access to quality education, healthcare, fair wages, and other resources manifests in community violence and then reactionary police terrorism. To this day we are still experiencing the impacts of racist housing policy.

Our entire nation is founded on the theft of bodies and land and we’ve never reconciled it, never paid the reparations that are needed to move forward. That’s why our current system of neoliberal capitalism can’t be disentangled from racism and systems of inequity in this country. That’s why Black people are still behind on health access, land ownership, intergenerational wealth. That’s why Black people account for 25 percent of Oakland’s population, but 70 percent of its homeless. We continue, every single day, to look for a space where we can be anything but refugees in a land that’s not our home.

When half a dozen Black mothers approached me last year because they lacked safe and dignified housing for their families, I heard this same old story. But when we organized and called ourselves Moms for Housing, and reclaimed a home on stolen Ohlone land—that was a new story. That was self-determination. That was a rejection of the capitalist notion that the housing market should determine whether children have a place to sleep at night. 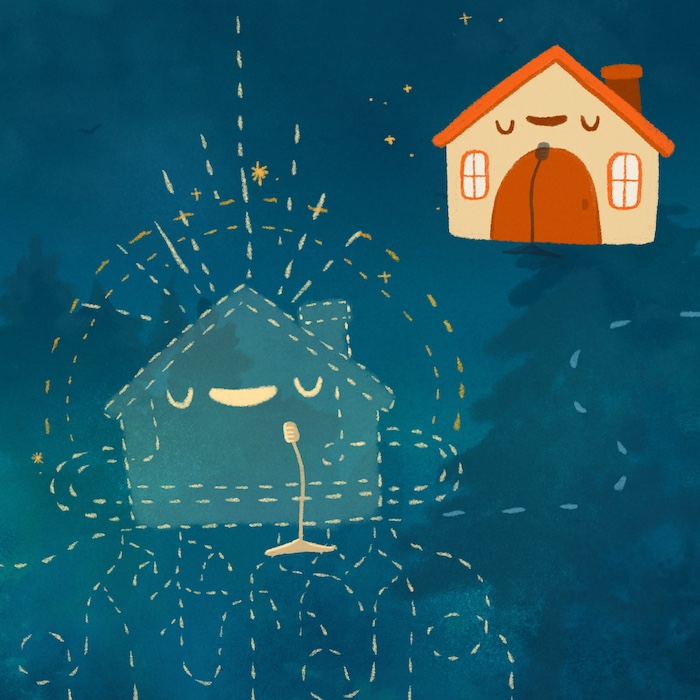 I recently ran and won an election to represent the city council district where the symbolic home we fought for stands. Just to qualify, to be eligible to run for office, I had to pick up and move again. I’ve been pushed out of housing so many times that I’ve lived in just about every council district in Oakland. I had to find a new place on the “correct” side of a line imagined by political power brokers to run in the district I called home in 1999.

Because I wasn’t born in Oakland, folks are saying I’m not an “Oakland native.” But the whole concept of the “Oakland native” is an invented notion that not only erases Indigenous people who are the true Native Oaklanders, but also serves to marginalize Black people. How many Black folks can afford to spend all their lives in the place they were born?

But on another level, I understand. I have to. The weight of consistent migration; the push and pull of forced, voluntary, or desperate moving around is imprinted in my DNA. It is the very thing that allows me to survive any and everywhere. The territorial and turf-based obsession with space is a direct result of deprivation and lack; of the pain and pride of being born into a space where one has to fight to survive. It shapes you. It is the same experience in Chicago as it is in Harlem, and Philadelphia and Los Angeles, Detroit and San Francisco.

These imagined state, national, and local borders impact Black people who are constantly pushed from one neighborhood to another as the places we make great are transformed by gentrification. The imaginary lines of gerrymandering serve to divide Black people, working class people and other communities from each other, to keep us from organizing for power at a larger scale.

Every day that we occupied #MomsHouse, we heard from Twitter trolls and news commentators: Why don’t you just move? If you can’t afford Oakland rents, why do you deserve to be here? We would often respond that the members of Moms for Housing were born and raised in Oakland, which they were. We would answer that the suggestion to “just move” is a way of tearing families and communities apart, and ignores the realities of how people access employment and childcare through community networks. And it denies us our dignity. We deserve to be here. This is our home.

For me and many of the people I organize with, power is defined as the ability to create or change your circumstances. That’s part of what Moms for Housing was all about. Self-determination means: If I want to take this house and move my family into it, I will. If I want to build a house on this land, I will. It’s quite American, if you think about it.

And right now, people are realizing that power. People are refusing to pay their rent and mortgages. They’re asking why landlords and banks should get paid when workers aren’t. People are tearing down monuments to colonialism and white supremacy because it’s in our power to do so. We want to see a different reality—one that is equitable and nurturing.

The people are rising up. That uprising will mean the abolition, not reform, of many systems: from policing to the commodification of housing, from unequal access to health care to violence against women.

As executive director of Alliance of Californians for Community Empowerment Oakland, Carroll Fife helped found Moms for Housing and passed legislation at the state and local level to build collective power for tenants. She has helped to build a national network of Black organizations and individuals working together for community self-determination.