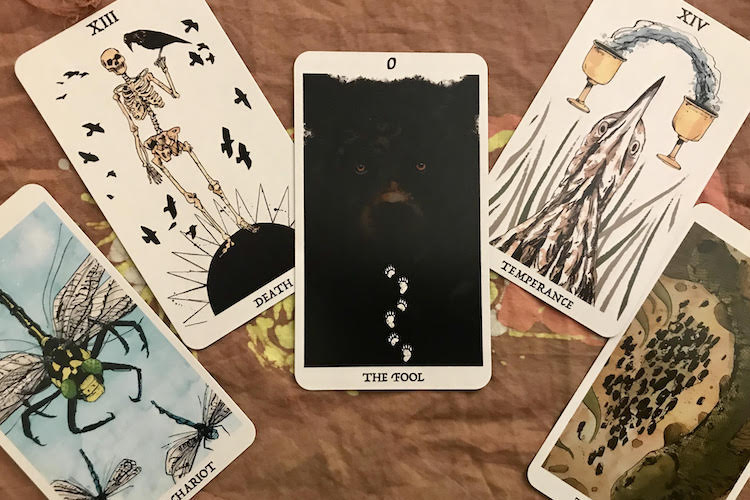 Almost five years ago, I stood on a boardwalk in Magee Marsh with my family, surrounded by hundreds of birds and birdwatchers. Someone pointed out a Great Crested Flycatcher in the top of a nearby tree, golden breast feathers flashing in the sun.

I looked up at this bird that flew 3,000 miles to perch in the top of a tree outside of Toledo, Ohio, and realized none of my friends or family would be able to recognize this bird, or any of the other dozens of neotropical migrant species I identified that day.

Gathering the names of more species in northern Ohio, I started to feel more connected to my home. I became obsessed with learning to find and identify birds, plants, fish, frogs, and mushrooms over the next five years. My friend and illustrator David Wilson and I spent every free moment chasing Saw-whet Owls, Massasauga Rattlesnakes, Slender Meadow Katydids, Burbot, and Glaucous Gulls.

We wrote and created art featuring the animals and plants, and the people who loved and studied them. But outside of our personal network of scientists, park employees, and birders, we didn’t have a way to connect these species to a broader audience. So much nature and science writing preaches a gospel to the converted.

So we set out to inject the field of conservation biology with myth and meaning, to help explain the idea that we live in a world made up of experiencing entities, from birds to rivers to trees. A lot of the best nature writing depicts the world in this way, without really acknowledging the magical thinking and co-creation required to describe it.

We took the structure of the tarot to try to re-enchant our landscape with our book Rust Belt Arcana. There are 78 cards in a tarot deck, and each of them has accrued a set of meanings and characteristics over the 500-or-so-years of the divination system’s existence. We use these meanings to connect our myths, archetypes, joys, and challenges to the nonhuman world.

We draw upon the built-in layers of symbolism and various emotional resonances to tell a wide range of stories with the cards. The book encompasses the Major Arcana, the first twenty-two cards.

The selection below is the first chapter of the book, and it provides an excellent entry point for understanding the way in which the cards and the exurban wilds came to speak to one another in my writing—all the while leading me into new areas of exploration.

It had been in the spring of his second year when his mother ran him off, snapping at his flanks.

The young bear turned in disbelief as his protector and companion pushed him to leave. Where would he go? Away from his mother’s territory before a larger roving male found him lurking.

He slunk away distraught and hungry, always hungry. The bear in spring ate constantly. He found squawroot and skunk cabbage, stripped catkins off trees. It was a lean time for the young bear.

He ambled west, adrift in the world without a family, a territory—without an identity. The bear walked alone into an unknowable future.

Pennsylvania’s black bear population had experienced a five-fold increase since the 1970s to 20,000 animals.

A male bear might roam 200 square miles in a single year, whereas female bears defend fixed territories, maintain complex family hierarchies, and carve out a niche in their mother’s range.

Increasingly, young male bears cast out of their mother’s territories in the wilds of Western Pennsylvania wander over the border into Ohio. Biologists estimate between 50 and 100 animals have recolonized the eastern corner of the state.

A young Pennsylvanian bear had roamed through miles of fragmented, deer-bitten forest. It crossed dozens of roads, raided backyard birdfeeders, and scrambled through highly populated areas until it had settled in a suburban park northeast of Akron.

For a year the bear lived in a patch of woods stranded between a golf course, baseball fields and tens of thousands of homes, hibernating in a hidden den somewhere throughout the winter.

No one had seen the bear recently—it had moved on. But the local park district commemorated the event by installing a life-sized resin sculpture of a black bear, complete with paw prints and epoxy bear scat at the nature center.

I came to these woods to see what had held the wandering bear’s interest, to try to walk in its footsteps, to see this place as the bear had seen it.

The floor of the beech-maple forest was messy in the early fall, covered in fallen tree trunks and grape tangles. I dropped to my knees near a rotten log and rended it with clawed hands, like a bear. The wet pulp spilled out between my fingers and I looked for what nutrition might be hiding: some slugs, millipedes, spiders—mostly chitin.

I perked up my ears, listening to the relentless susurration of tires on a nearby highway and the chitter of downy woodpeckers. Confident that hikers wouldn’t come upon me unaware while I crawled in the dirt, I moved to a new log and turned it over, tore open the bark, sought out what might be edible, hiding inside.

It’s not hard to imagine that we and bears share a similar sense of mind.

In 2012, a prominent group of neuroscientists declared that non-human animals have the capacity to experience emotions, intention, and sense of self.

Anyone who has spent time around animals might find this proclamation silly. But science and industry have been loath to assign consciousness to non-human creatures, as so much development, food production, and environmental degradation is conducted under the rationalization that animals are resources, not individuals with volition and memory.

Bears are not insensate automatons, but rather empathetic, expressive animals that express creativity and intelligence.

According to black bear researcher Ben Kilham, bears recognize their reflection in a mirror—they have a sense of identity. Bears project and plan for future events and remember and learn from the past—a concept called recursive thinking. Bears exhibit reciprocity, altruism, and even pantomime—which implies they are not only self-aware, but perceive awareness in others.

In his book, Out on a Limb, Kilham theorizes that bears developed this cognitive ability and emotional intelligence for the same reason anthropologists suspect humans developed our powerful brains. In a landscape with unevenly distributed resources, individuals and groups will need to negotiate and cooperate in order to survive.

The bear is deeply rooted in the human psyche, and it has shaped our language, how we think.

Bears eat what we eat—whatever is ripe, plentiful, easy to find or kill. We share an openness to opportunity.

“It is the bear’s broad, searching, persistent openness that makes contact with us, that flash of recognition in which men instantly perceive a fellow being whose questing provocation, whose garrulous, taciturn, lazy ways, even whose obligations and commitments to the hunt, to hole up, and to dominate the space he lives in are familiar,” write Paul Shepard and Barry Sanders in The Sacred Paw, a study in the bear’s role and symbolism in the human consciousness.

The bear demonstrates free will—a sort of individualist decision making. When you look at a bear you can almost see it weighing its options, considering a wide range of possible alternatives each with its own consequences.

We live parallel lives. We have been constant companions, observing each other from a distance our entire existence as species. We recognize some shared version of consciousness.

Black bears have roamed eastern North America for over a half a million years. In some places they thrive near human populations. But here in this southern corner of the Rust Belt where the contiguous forests and swamps had been flattened, lit and paved—there just doesn’t seem to be enough room for both bears and us.

After winding through the woods for a half-mile, I came upon seventy-five-foot-high sandstone slabs rising out of the forest floor. The rocks slumped together to form a cave.

I crawled inside the opening and looked at the sunlight filtering down through openings in the rocks above. I could see beech tree limbs waving in the breeze. I sat with my notebook and tried to imagine what a young bear might have thought of this place.

This patch of Northeast Ohio, scrawled over by a wandering Cuyahoga River watershed, is largely wooded. There are tens of thousands of acres of public land in various states of protection, succession and regeneration between the park systems.

The land seems to be recovering.  Yet there are more than 4.5 million people living in the surrounding areas.

A group of retirees with small dogs had approached and lingered at the mouth of the cave, and the sound of their conversation echoed through the chamber, setting my teeth on edge. I imagined a poor bear trying to find peace in this place.

How are we to welcome the bear’s presence in a world built for human convenience? Where does the bear fit into a society committed to minimizing risk and cost?

This is the borderland—a place where the natural and post-industrial worlds collide and overlap.

In the Tarot tradition, The Fool is an innocent wandering through the world, a traveler represented by the number zero, without attachments, a being of continuous movement and physical needs.

We identify with The Fool. He is the best and the worst of us.

In the popular Rider-Waite Tarot deck, The Fool blithely walks through a dangerous world, enraptured with his own gait. He is richly dressed in a floral print and unconcerned that he is about to pitch off a cliff. This iconic image, drawn by illustrator Pamela Colman Smith over a hundred years ago suggests aspects of The Fool’s arrogance, vanity, and naïveté.

This wandering black bear forces us to confront the conflicted nature of this place. The bear in Akron is a miracle and a nuisance. It is a glimpse of the wholeness and truly wild landscape we might hope for, as environmental advocates in a degraded region.

It represents optimism and possibility, and yet also folly. There is no place here for a young bear, let alone one of the 800-pound forest gods stalking the deep woods in the state next door.

The naive bear gorging on trashcans and suet feeders will be punished. He will be harried by dogs and traffic, chased through golf courses and farms. He will wander without a home, but will endure by instinct.

Cheering for the young bear to ramble over the Ohio landscape is foolish, but it is also crucial to understanding the nature of our home.

The wanderer is a truth-teller. We want to welcome The Fool, but we cannot sustain him.

Matt Stansberry is a recent transplant to the Piedmont of North Carolina, living in the city of Burlington. He previously studied the wildlife of Cleveland, Ohio. His book, Rust Belt Arcana: Tarot and Natural History in the Exurban Wilds, examining the flora and fauna of the industrial Midwest, is available from Belt Publishing. Find him on Twitter @LakeErieFlyFish.