A warm weekend on the east end of Long Island had come, and the hulking mounds of leaves needed to be moved to the compost pile. The spring peepers chirp-croaked love calls the night before from the wetlands near Swan Pond, and the osprey had returned and begun restacking their nests not far from Peconic Lake. In the front yard, the previous owners’ hyacinth and daffodils made their way through garden-bed soil and the remaining fall leaves gave the front porch a sweet, perfumed smell.

It’s hard to fully capture what a warm weekend in early spring means for Long Islanders. It’s not just some imagined end of a hibernation; it is a rebirth.

We wrap ourselves against the dark, cold, cloud-dreary days of winter, and at the first warm sun’s light, we peel away the jackets, scarves, and hats to bask—to just fully bask. We may stand for a minute or two with arms stretched out and head tilted back, navigating ourselves to sunlight.

The end of winter thus comes to all of us on the island—human critter, nonhuman critter, and nonhuman-noncritter nature—by the changing tilt of solstice to equinox, a southerly warm front, and a break in the clouds. Sometimes, though, it is thrust upon us—demands of the yard, demands of work, and, of course, intrusive neighbors waking others out of a torpor.

My home on eastern Long Island has an acre of partial wetlands and Pine Barrens. The best part of the property is that I have as many animal neighbors as human ones, and quite frankly, I spend more time in conversation with the nonhuman ones. Sometimes, we get along quite well (redwing blackbirds, the buds on highbush blueberry, the rounded quartz stones brought here by glaciers twenty thousand years ago); others not so much (tick nymphs, Jack the feral cat who hunts the aforesaid redwing blackbirds). No matter, as neighbors, we bump into each other all the time, and usually I’m the annoying one. 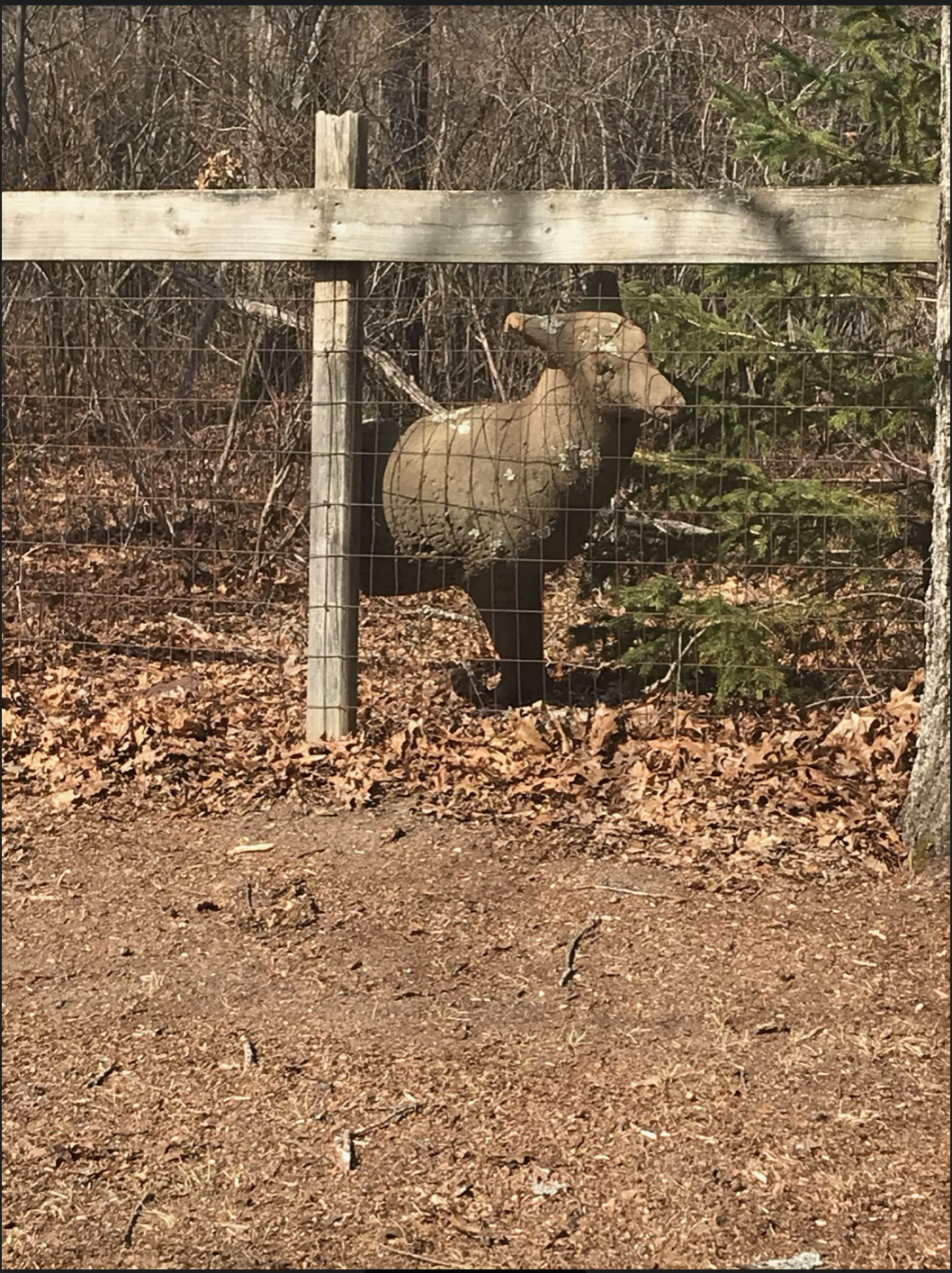 The backyard has the ruins of the previous owner’s hobbies: a plywood shed of abandoned electrical wire, enough roofing tar paper to cover an industrial warehouse, and the front half of a bow-hunting deer target (it now browses in the forest behind the fence). When I removed the front cover from the ramshackle shed to see what needed cleaning from the winter build-up of leaves, dust, and homesteading white-footed mice, a single, reddish furball jutted its way airborne in a bat’s distinctive flight pattern. It was as though someone took a black Sharpie marker and made a dot appear in the otherwise blue skies and leafless canopy. The bat flew in and around the yard without a clear destination.

Bats in flight are singular; no one mistakes the flight of a starling or bluejay for a bat. Bat flight looks erratic at first glance, not so much gliding and wing push as strangely zigzag. Bats are the only mammal capable of true flight, and all bats on Long Island are also insectivorous, so they are adapted to turn and jag quickly while using their echolocation for darting, winged food. Now, this red-dark silhouette making its way through the leafless tree limbs seemed incongruous in daylight—an awkward exchange neither of us imagined.

My partner Maria burst out of the backdoor in her own erratic flight, field glasses and iPad in hand.

“Eastern Red,” she stated, and not calmly.

“Hold this.” She handed me the iPad, watching the bat make its way through the scarlet oaks that dominate the backyard.

“Yes, definitely a male, Eastern Red Bat, Lasiurus borealis. Hold this,” she said again, handing me the field glasses and taking out the iPad bioacoustic monitor to try to listen to echolocation signals.

Maria loves bats. Let me be very clear about this seemingly simple sentence. On Long Island, Maria is THE crazy bat lady. “Batty,” “bat-shit crazy,” and the lovely reflection that she has “bats in her belfry” are all clichés of endearment for her. She has traveled to net bats in Central America and the Amazon with leading, international scientists; she nets bats here on Long Island in conjunction with local agencies; and during summer, she runs off into the night with her headlamp, iPad, and a smile that gives the above clichés some credence. One of the many reasons to love her.

Maria gives talks throughout Long Island to kids, adults, and those in between about the six species of bats one might typically see here. She gives these talks at nature centers, breweries, libraries, universities, and fundraising events; she even has a talk entitled “Bats and Brews.” I attended one of her talks on “Long Island Bats” on the lawn of our local brewery; eighty people showed up with lawn chairs and beer cups in hand. At the end of the talk and well into evening, she turned on the bioacoustic monitor, connecting it to the loud speaker, and a mesmerized audience listened to bats echolocating in downtown Riverhead. She would note what the different calls were for: searching, locating, hunting, catching, and then searching again. Everyone looked into the night sky, listening to a bat concerto they had never heard, spying errant shapes in flight, a dark world that they had never imagined before and now began to experience.

Maria and I watched the bat for fifteen to twenty minutes as he or she flew frantically around in the daylight. The bat did not land to rest during this time, expending a lot of energy. Maria scanned the yard then, looking not for bats but for insects, moths, mosquitos, mayflies, anything that could be food. Nothing. It was a bit too early for much insect life since the nights were still cold and emergence a week or two away. Eastern Red Bats might hibernate in winter here by finding a small crevice in a tree trunk or possibly even wedging themselves into a small, warm area between the plywood of an old shed; there’s a lot of anecdotal evidence but no firm studies. They go into a state of torpor and rely on the energy stores they have from the fall. When they wake, they need food quickly to replace the calories lost to hibernation and the energy expended in the first hunt after waking. Our neighbor, as Maria called the bat, was likely disturbed a week or so too early, and now needed to feed if possible.

We watched until the bat disappeared into the leafless forest and there were no readings on Maria’s iPad. We saw only early redwing blackbirds, swaying oaks, and sky. We took our time looking, in silence, as though seeing might somehow rescue the bat.

“It might find enough food and a warm place or return to the shed to roost tonight,” she said to end our vigil.

And my eyes began to burn and well up. Maria consoled me with a hug and went back inside, but I felt as though I had to stay and look on, had to really absorb what had just transacted. Tears began to run down my cheeks. My time in the nonhuman world is one of the few ways I find solace and yet, now, I had just damaged that connection. 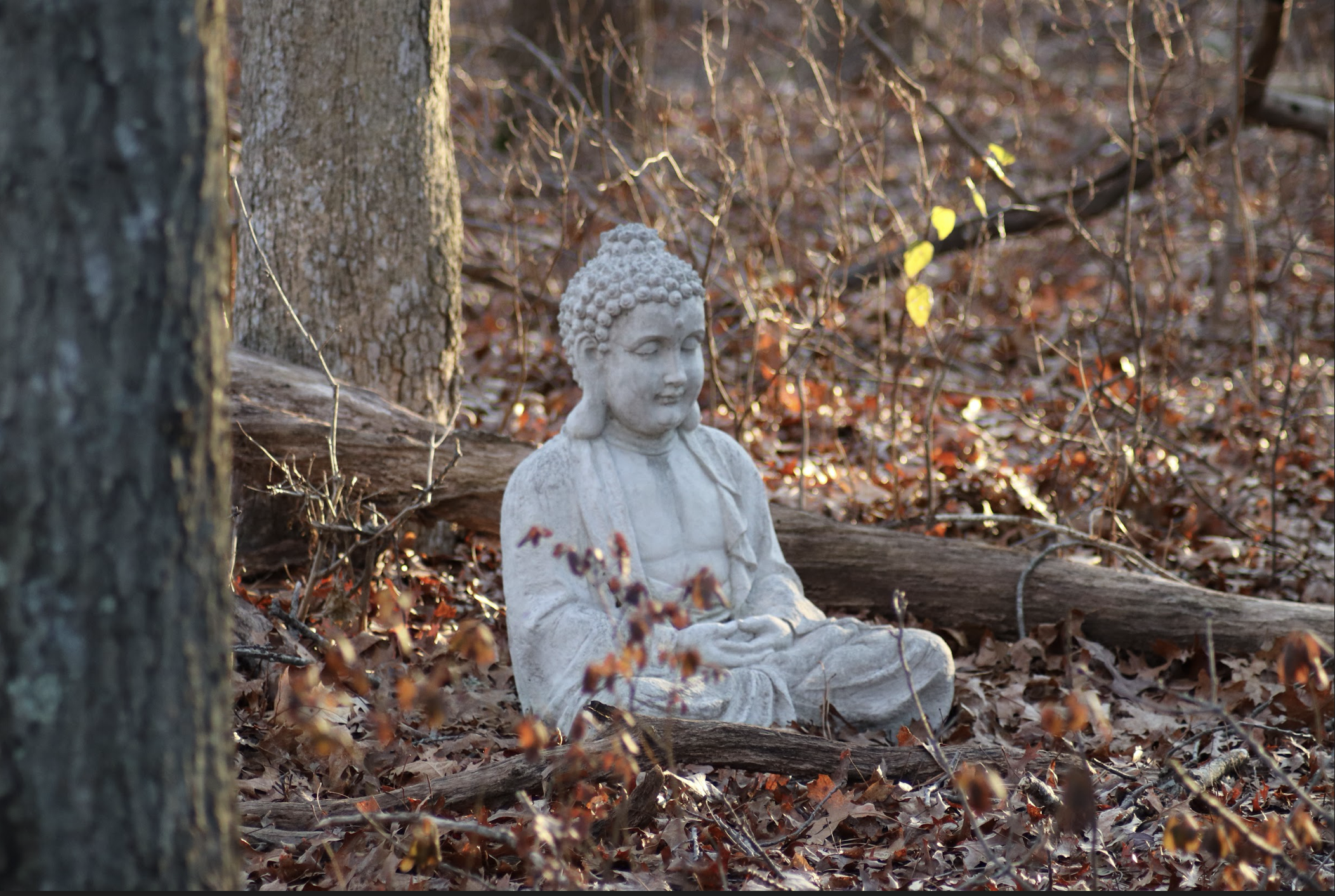 I understand one dead bat from a relatively robust species is not of any great ecological concern. I know my intrusion on the bat’s hibernation was not premeditated. I try to go about my life not impacting family, colleagues, and community in a negative way. I try to adopt ahimsa (non-harm) as best as a responsible omnivore can. However, no matter how I try, I unintentionally bump and bruise my way through these relationships too, especially with my nonhuman neighbors.

What I felt now was the need to look outward to try and fully feel this suffering, the bat’s and mine. I wanted to look at my love and caring for the natural world and know that my work and writing is in the service of preservation and awareness, but that my time outdoors and my encounters with other species will sometimes cause harm in some way. Even as I try to be a good neighbor, I will, sometimes, not be. I wasn’t seeking some way to resolve the feeling into forgiveness, but I wanted to be honest about this collision of beings, harsh and raw. I wanted to search the moment past any sentimentality. I wanted those tears to be not for the bat, nor me, but for our encounter, with the deep beauty that is always there when I pay attention to this painful proximity in our broader neighborhood.

A few days later, Maria and I sat on the back deck drinking good local beer and wine, listening to her monitor chirp at dusk with the peepers.

“Long-eared,” she said, noting the frequency of the call. “Ohh, Big Brown,” as her finger moved across the screen. 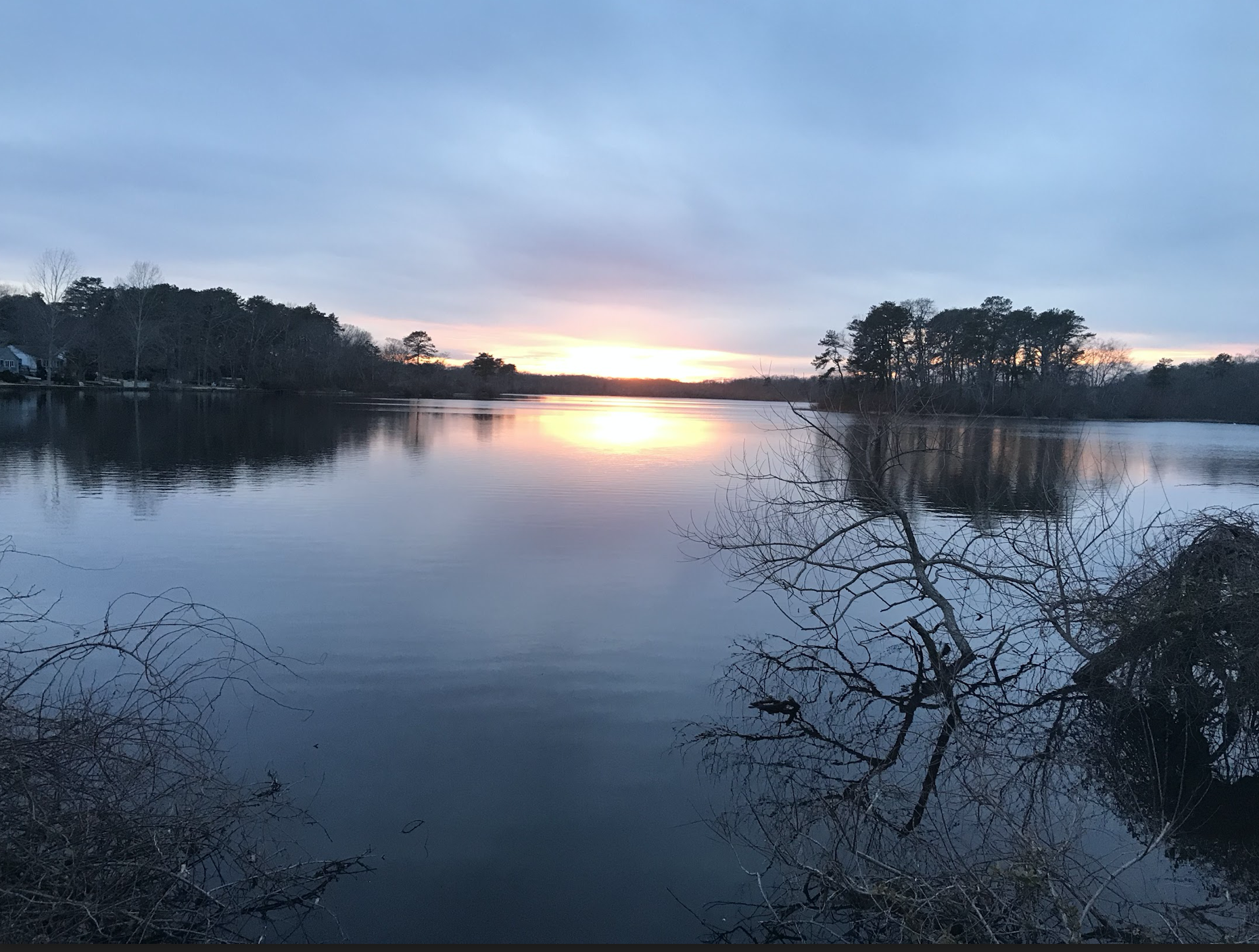 We watched the monitor late into the evening, slapping at mosquitoes landing on us, trying to make their own way into our (theirs, too) home.

The monitor screeched and clicked, and moths fluttered near the lit candle on the table. She reached to touch my arm.