Many years ago, an open house held by one of our Royal Society for the Prevention of Cruelty to Animals facilities was promoted by the local press with the headline: “Cats, Rats and Bats All Receive the Best Care at the RSPCA’s Centre at Stapeley Grange.” A few days later, in my role as RSPCA Wildlife Rehabilitation Coordinator, I was asked to reply to a letter from a young girl wondering why we would rehabilitate rats but not squirrels; after all, people like squirrels, but they don’t like rats. At that time, it was illegal to rehabilitate grey squirrels in the UK (release of gray squirrels, S. carolensis, is illegal in the UK except under licenses because they are an invasive introduced species), so I had to compose a reply stating why the legislation allowed us to rehabilitate one species but not the other. I was reminded of this experience recently while reading reports in the English press that New York City is using alcohol to up its game in the eternal war against its resident rat population. That story also reminded me of occasional sightings I have of rats and mice on the London Underground. Such experiences reflect the ambivalent attitudes we humans have towards the wild animals who share our cities and towns—especially those who live beneath our streets in the network of hidden passages we’ve created.

The three-dimensional urban landscapes that provide us with shelter, food, and corridors offer the same resources to those wild species who can adapt to living alongside us. Some are far better at this than others. Birds, be they native house sparrows in London or non-native house sparrows in New York, nest in our buildings and flit from tree to tree in the parks we created for our own leisure. Deer, badgers, squirrels, rats, and other mammals have learned to forage for food in our waste bins and to use the maze of underground pipes and transit tunnels to move around the city. One enterprising fox even caught the news media’s attention for having the cheek to hop on the subway trains without paying!

Our attitudes toward our non-human neighbors may lean toward disdain, dislike, or complete horror, often based on tradition, personal experience, and scary stories. London residents comment that urban foxes do not belong in our concrete jungle because they should be in the wild (wherever that is); around the globe, similar feelings are expressed about various non-human animals. This often is in stark contrast with our attitudes about wild animals who live in undeveloped areas, where they’re less likely to interfere with our daily activities.

People pay to go on safaris, in their own country or overseas, hoping to see charismatic animals up close and admire the ways in which these species have adapted to their environment. Many of these same people will pay someone to remove wildlife they can see for free in their own neighborhoods or backyards.

Is the lack of positive interest in these animals a result of their being considered commonplace rather than rare? Or is it that familiarity breeds contempt, so many people can’t admire wildlife for the ability to adapt to human landscapes and, instead, resent them for intruding on their personal space? If true, it’s a shame, as the simple charm of a squirrel scampering on the grass or the courtship displays of wood pigeons could be the first step toward living in urban areas reconnected with nature.

Growing up in a very suburban area of London, I’ve seen the wildlife community change over time in response to expanding development. Hedgehogs have disappeared due to more cars and tidier gardens, while foxes have increased, taking advantage of waste food. A growing human population increases pressure on wild animals to adapt to our built environment if they are to survive. 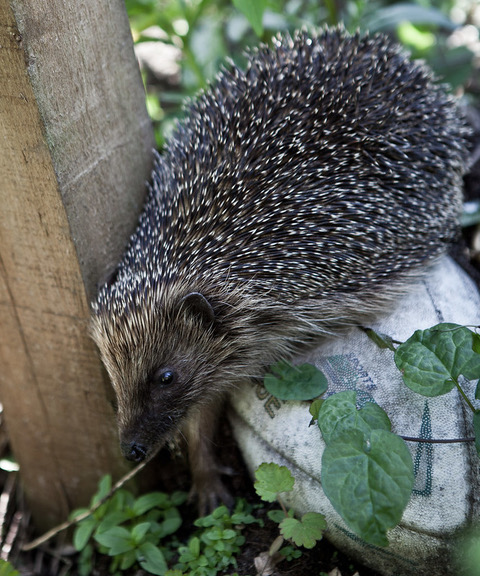 The underground environments provided by modern cities and towns create opportunities for many animals to do this. Using these subterranean highways, they can move between houses and commercial properties, taking advantage of our edible rubbish and denning in unused nooks and crannies. Yet their exploitation of these habitats, rather than being admired as a remarkable feat of resilience, may be seen as an unwanted threat to our safety.

RSPCA regularly receives requests to remove urban foxes because a member of the public is afraid to let children or pets into the garden while they are present. Scaremongering by the press often feeds such fears, resulting in conflict and the perceived need to find new ways to battle the “enemy,” which traditionally involves killing the animals in question.

In 2015, I attended a workshop to discuss alternative strategies to eradication and develop ethical principles of wildlife control, such as developing ways to change human behaviors that contribute to conflicts with wildlife (see Dubois 2017). If someone finds a raccoon under their decking or in their basement, for example, they may call a wildlife rehabilitator or a pest control operator. A traditional pest controller usually removes the raccoon, perhaps unwittingly leaving a nest of young kits for the owner of the property to find later. The rehabilitator is unable to influence the action already taken yet is presumed responsible for the aftermath. In contrast, when a wildlife rehabilitator is called proactively, they have a chance to negotiate on behalf of the raccoon to find a solution that is acceptable to the homeowner and animal.

In my role at the RSPCA, I’ll often propose exclusion techniques, such as those developed by The Humane Society of the United States (HSUS), an organization that has tested various humane management strategies. In Canada, the British Columbia Society for the Prevention of Cruelty to Animals (BCSPCA) has not only developed humane techniques but also works with accredited pest control companies so that potential customers can be assured that humane methods are being used. These approaches are being driven by a greater environmental awareness from the public that results in a desire to find alternative solutions to traditional pest control.

Rehabilitators become responsible for a variety of urban wildlife. What’s hidden beneath the lid of the cardboard box left at the door of a rescue center is a question that every rehabilitator considers, often with trepidation. Rehabilitators would much rather people phoned ahead when they find a creature in need, so that an assessment can be made before wildlife are taken from the wild. Many of these animals do not need rescuing! Rehabilitators now prioritize reuniting (placing lost young animals with their parents) over rescue as a much more effective way of resolving the issue. After all, any care we provide can only be second best to an animal’s natural parents. 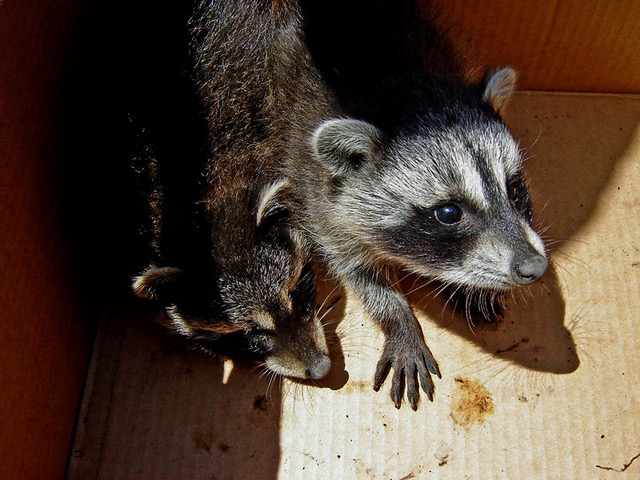 I think the critters who have learned to adopt an urban lifestyle by living beneath our cities, town houses, and sheds deserve our admiration rather than loathing. After all, they have risen to the challenge we created, and it’s the species who are able to adapt to living alongside people who stand the best chance of surviving the Anthropocene era. Besides, if we eradicate all the rats who will eat all the roaches?

Adam Grogan is Head of Wildlife at the Royal Society for the Prevention of Cruelty to Animals (RSPCA) in the UK, has served on the Mammal Society of Great Britain and Ireland board, and currently serves as President of the International Wildlife Rehabilitation Council (IWRC).