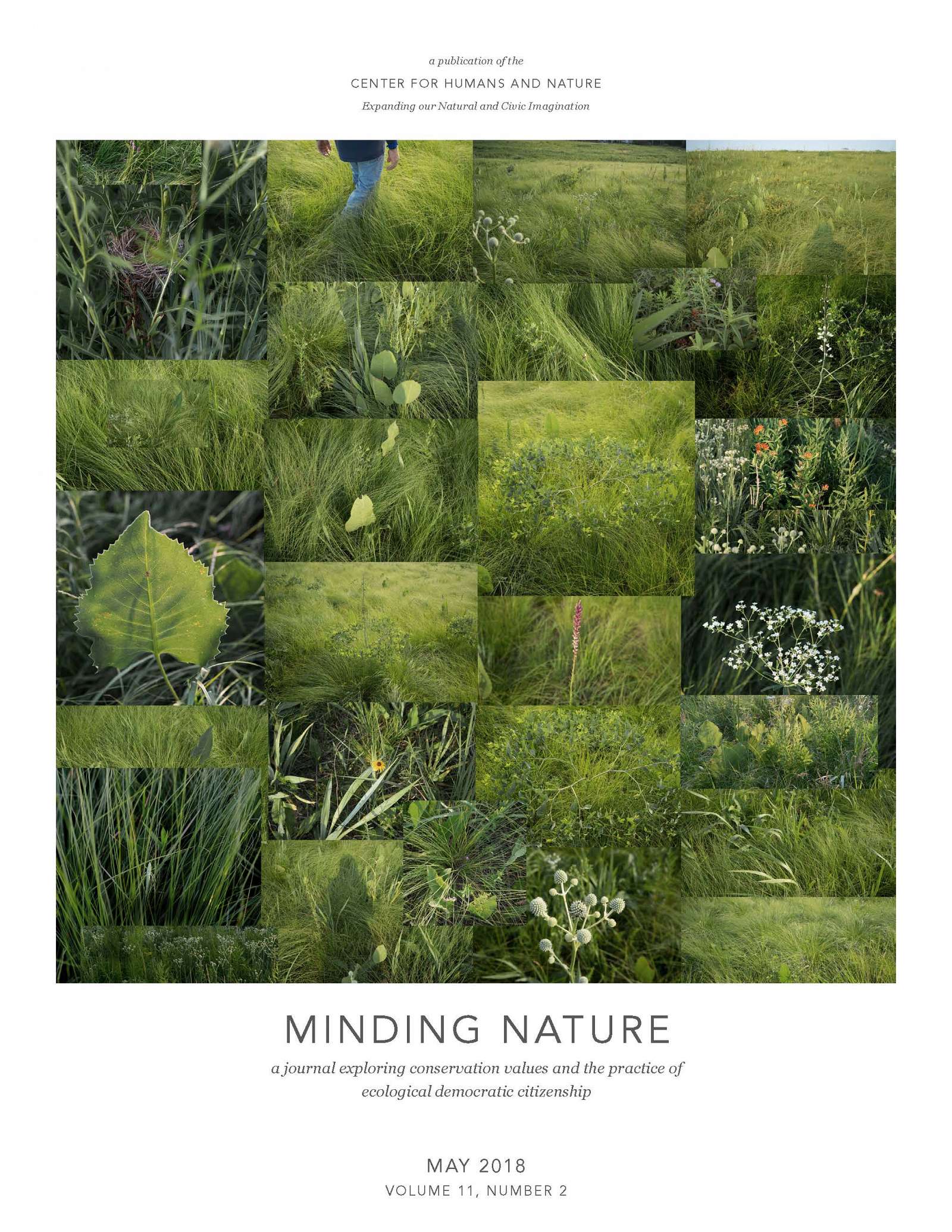 What Is After Us?

In 1902 when he wrote What Is To Be Done?, his influential theory of what a revolution requires in order to succeed, Vladimir Lenin saw something unexpected coming into the world—that the next stage of history would emerge in Russia, a pre-modern, pre-capitalist country, rather than in Germany, the most mature European civilization, or in the United States, the rising star of capitalism. He also saw himself standing on the threshold of a new age of human emancipation. The vision was clear; what mattered most was the strategy, the best way to get across that threshold into the promised land.

The Totality of Life

Though this book was compiled in my dad’s final few months, it is far more than a testament to his equanimity and resolve in the face of mortality. Rather, it captures the evolution of those big ideas and inscrutable questions that followed and propelled my dad through his good life. At first glance, the book’s sections may seem unconventional in that they contain works of academic philosophy alongside essays on natural encounters, literature, political events, and even a close friend. That is fitting—my father was an unconventional man (or, as he came to call himself, a marginalist).

Several years ago, after fishing an evening mayfly hatch for wild brook and brown trout, I sat by a northern Wisconsin pond, Brock Pond, sipping Old Grand-Dad whiskey, smoking a cigarette, croaking along with the frogs—all good subversive behavior according to civilized, urban standards. Suddenly a philosophic lightning bolt shuddered through my body. The universe burst forth into sound with the croak of a frog. Before, there had been a vast, meaningless silence of whirling forces. Now there was sound, a sounder, and an audience appreciative of the character and quality of the sound, which was laced with subtle meanings and significance. Before a soundless universe; now a soundful universe, a cosmological frog leap forward.

Life and the Ethics of Responsibility

Boris Pasternak, in “Translating Shakespeare,” speaks of Hamlet as one whom chance has allocated “the role of judge of his own times and servant of the future,” the high destiny of “a life devoted ... to a heroic task.” Hans Jonas was such a judge and can do great service for our future. In The Imperative of Responsibility: In Search of an Ethics for the Technological Age, Jonas casts a critical eye upon the unprecedented powers of modern technological civilization. He fears that our age is rapidly moving toward global ecological and human disaster. Nature, specifically the realm of organic life, cannot long withstand the technological assault.

I stand in a remote area of Karakalpakstan in Uzbekistan, Central Asia, on sand that was once the bed of the Aral Sea. Rusting abandoned tankers list on their sides like lost arcs. The Aral Sea is one of the major environmental disasters of the twentieth century. The region is also home to some of the highest rates of drug-resistant tuberculosis in the world. How these two afflictions are entwined is a question I have pondered for twenty years.

The Case for a World Environment Organization

A new governance institution is required to reverse these trends to protect Planet A, our home. Humanity is utilizing the global environmental commons in an unsustainable manner, extracting resources at an unprecedented rate due to increased international trade, population growth, and personal consumption. The decline of Earth’s environment globally is well documented by many, including the United Nations’ Millennium Ecosystem Assessment and the World Wildlife Fund’s (WWF) Living Planet Reports.

We Cannot Fail: The Promise and Principles of Ecological Law and Governance

How many times must we say, “Business as usual is not working”? From the untouchable religious dogma and dicta of neoconservative economics in our law and policy, to the failure of environmental law to adequately protect the environment upon which all life depends. From laws and government structures that do not serve their most basic purpose in their social contact, to protect their citizenry from harm (including environmental harms), to environmental organizations being overwhelmed by the money and power of the opposition, who controls and frames the dialogue with the language of their choosing, pushing false dichotomies and myths, leaving environmental advocates—governments, NGOs, and individuals—in response-only mode.

Living in the Shadow of a Black Hydra

By: Timothy B. Leduc

A black snake is trying to weave its way across Turtle Island, from the heart of the United States to Canada’s western and eastern shores. It began slithering into our popular consciousness with the highly publicized Keystone XL confrontations, in which the Lakota people connected a prophecy of a black snake that bestows pain, sorrow, and destruction to the development of this pipeline. The concern informed a seven-year alliance of Indigenous people, settlers, and environmentalists that managed to temporarily stop it. From this seeming death came the U.S. government’s approval of the Dakota Access Pipeline (DAPL), and another confrontation with this serpent ensued.

In the composite image printed here are combined views of the layers of dense prairie growth at my feet, which I photographed during a light rain in northern Indiana on January 11, 2018. This is a bit of the story contained by a plot of less than two acres of prairie.

The Control of Nature

John McPhee is one of the great science journalists of our time—and by “our time” I mean, more or less, my lifetime, because McPhee’s career with The New Yorker started in 1963, the year I was born. In his eighties now, McPhee is still plying his craft and has another fascinating essay in the March 5, 2018, issue of The New Yorker. It is about his desire to see a black bear from a window in his house, which is in Princeton, New Jersey.

Giving Animals a Voice: Letters from an Ashland Deer

Animals talk. All around us, they converse and whisper and shout. But because they speak in different languages, we, like travelers in a foreign land, often tune out their voices, generalizing them into a background of bird calls, squirrel chirps, and dog barks. But there are some of us, such as naturalists and writers, who do try to interpret these foreign languages. Naturalists have devoted lifetimes to unlocking the secrets of the whale’s sonar songs and the prairie dog’s complex vocabulary. And they have slowly progressed, albeit paced by peer reviews and the scientific phobia of being accused of anthropomorphizing animals.

When sitting down as a business major in a sustainability course at Loyola University Chicago, one of the first things you hear is that the concepts and worldviews you will be taught will likely be in direct contrast to the economic ideas you have been learning in the business school. And it’s true—almost every business course relates to growth as an accepted and understood chief metric for success, while sustainability courses showcase its dangers.

To be a body is to be vulnerable. Perhaps no one is more qualified to speak about this than a doctor, whose very work focuses on understanding the variation of human vulnerability. In Phoenix Zones, Hope Ferdowsian, M.D., is principally concerned with eliminating a common and terrifying threat to vulnerability: human violence. Phoenix zones is an expansion of the medical term for trauma healing, “phoenix effect,” which references the mythical bird that rises from the ashes of her own destruction. As a physician and researcher, Ferdowsian evaluates and treats survivors of torture and sexual violence. In addition to her clinical and human rights work, she advocates for animal well-being and shapes policy to protect and promote health for the most vulnerable.

A Collection for the Whole Earth

Before reading the large, diverse collection of essays, poems, and stories in Fracture, like many, I was concerned about fracking’s violation of the land and communities, but I did not fully grasp the wrong that it does. Fracture makes the reasons why fracking, or frac-sands mining, is wrong crystal clear, but it also gives voice to the complicated perspectives and socioeconomic factors that have helped to continue the practice.