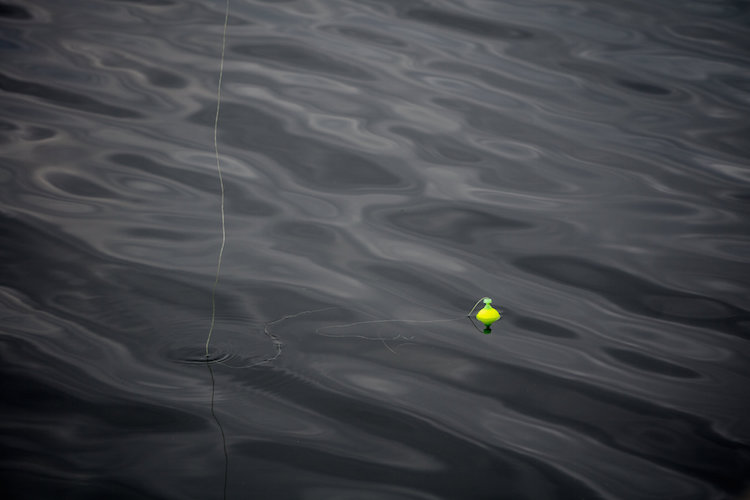 Time is money, and a prison and a thief. Time is running out. We make time and spend it, we waste it and lose it and buy it and kill it. We are never on time, seldom in time, and always of time.

How we perceive time determines how we live. Henry Thoreau writes, “Time is but the stream I go a-fishing in. I drink at it; but while I drink I see the sandy bottom and detect how shallow it is. Its thin current slides away, but eternity remains. I would drink deeper; fish in the sky, whose bottom is pebbly with stars.”

The endless flow of the “river of time” is not a new metaphor, but fishing in it is. Because the heart of fishing is not catching. We don’t go trout catching. The heart of fishing is waiting­­­­, and watching—for a bite or nibble from whatever comes along—be it a pickerel or a pout, or, perhaps, an act of love, or forgiveness. Henry waits and watches amid the quiet stream of time—of consciousness, of patience, of attentiveness.

Perhaps one clear night Henry saw the stars reflected on the surface of the Concord River or against the pebbly bottom of Walden Pond—the convergence of sky and earth in the water. Maybe he was trying to dream of the world beyond the moving water, to drink deeper, to believe in the unseen, and the kind of time that cannot be measured. Not numeric time—what the Greeks call Chronos—not those four 60-second increments between 9:11 and 9:15 a.m. But Kairos time, an immeasurable unending moment, like the moment where that same river enters the ocean, and suddenly, yet completely, becomes a part of the whole.

Thoreau’s river of time is defined not by numbers but by relationships, by belonging to the river, to the stars, the sand and fish. It connects the human animal to the whole of Creation. I call this natural time.

In A Week on the Concord and Merrimack Rivers, Thoreau writes, “All questions rely on the present for their solution. Time measures nothing but itself.” When Thoreau wrote about time, he often wrote of “the present,” the eternal river of now, or what he calls “the gospel according to this moment.” And this present often seems to point to a greater Presence. In Walden, he writes: “God himself culminates in the present moment, and will never be more divine in the lapse of all the ages.” In “Walking,” he writes: “Above all, we cannot afford not to live in the present.” In his Journal, he writes: “Both for bodily and mental health court the present.”

But how is that possible in the modern world? We now live in a timeless multi-presence, a world of infinite choice that is marketed as freedom but often experienced as tyranny. As you read this, billions of inboxes are loading, and Twitter feeds are rolling, and Facebook updates are changing, and calendars are filling, as we tweet and snapchat and swipe ourselves into digiphrenia. And maybe we are also FaceTiming or in a Google hangout. The point is we needn’t be only one place at a time. We can multi-be. 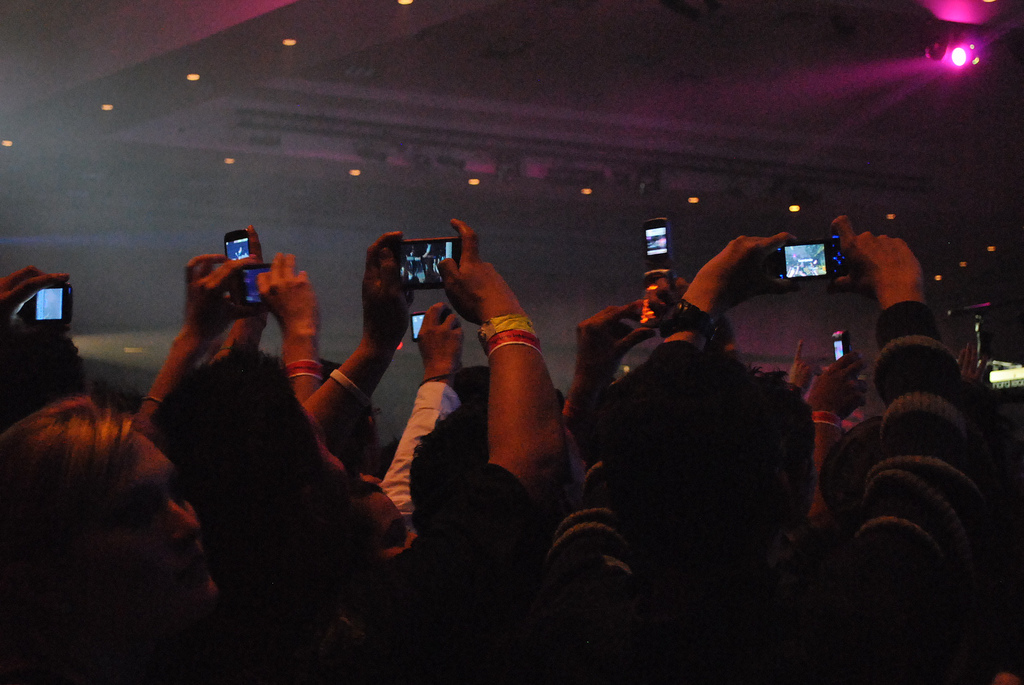 Unlike Thoreau and the generations before him, few of us now mark our days by the slow wheel of the sun, by light and shadow, or the heat and cold, or the natural growth and decay of our bodies. Time is increasingly less relational, less a part of the natural world, and more apart from it. Time is digital, precisely measured and driven by a frenetic appetite for convenience, entertainment, and productivity, for measurable outcomes.

But what we still cannot measure is what “enough” is, enough of anything—love, sex, money, or cat videos. And there is never enough memory capacity or processing speed on our phones or laptops to satisfy our insatiable desire for deeper cyber space exploration—for more access to a trillion different kinds of digital debris floating out there in the abyss, in what James T. Kirk might call “the final frontier.” “We have boldly gone where no man has gone before,” but no one has any idea where that is.

Sadly, it is this never-enough culture of accumulation that has enabled the human animal to change the biological clock of the global ecosystem. We have altered the earth’s climate and thus the natural timing of growing cycles and mating patterns and bird migration and much more. The stakes are high and the clock is ticking. The question is how/if we can still recognize and restore natural time. 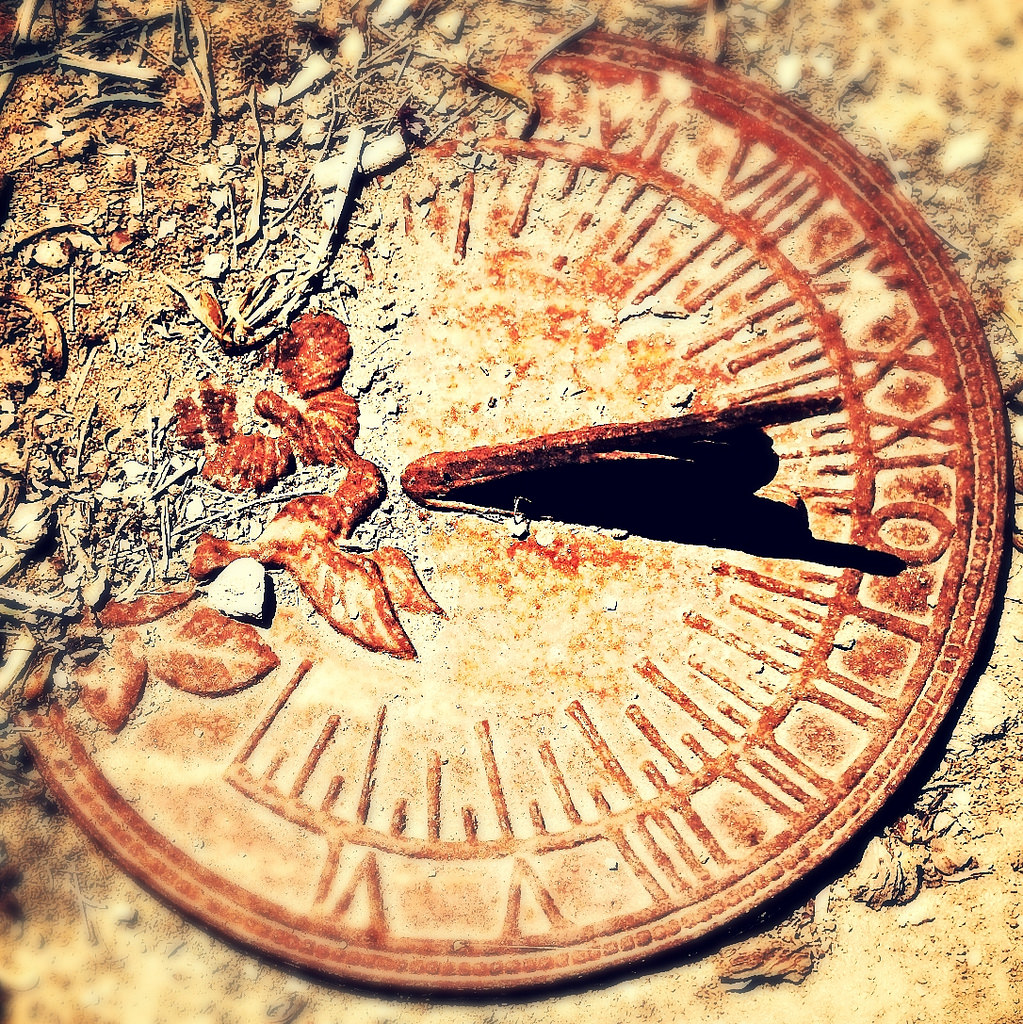 A few weeks ago I stumbled on a display of pricey cast-iron sundials in a garden store. These used to be reliable clocks. But the fifty-pound, $200.00, pre-rusted yard ornaments no longer mark time; they cast shadows no one knows how to read. Now, when men lose their hair, or their erections, they take drugs to bring them back—to reverse time. Pregnant women, evading the clock of their own bodies, can schedule their births for a convenient day—to fit their health leave or their obstetrician’s golf commitments. They reinvent time. Plastic surgeons remodel lined faces and sagging bodies as if rehabbing a bathroom. We can now project ourselves in image and voice in real time all over the world. We are ageless, timeless, 24/7, multi-present multitaskers. In this world of multi-presence what does it mean to be present?

In the “Sounds” section of Walden,Thoreau suggests that the gospel of this moment is manifest in an ongoing prayer of attention.

“There were times when I could not afford to sacrifice the bloom of the present moment to any work, whether of the head or hands. Sometimes, in a summer morning, having taken my accustomed bath, I sat in my sunny doorway from sunrise till noon … amidst the pines and hickories and sumachs, in undisturbed solitude and stillness, while the birds sing around or flitted noiseless through the house, until by the sun falling in at my west window… I was reminded of the lapse of time. My days were not days of the week, bearing the stamp of any heathen deity, nor were they minced into hours and fretted by the ticking of a clock…”

I’m not sure if Thoreau knew that the first mechanical clock was invented in the 12th century by an order of Benedictine monks to reliably mark their seven daily prayer sessions. By the middle of the 14th century, the lure of such a clock, of measured time, spread outside the monastery walls to the world of commerce, introducing the idea of regular production and regular working hours. As Neal Postman writes in his book Technopoly,“The clock was invented by men who wanted to devote themselves more rigorously to God; it ended as the technology of greatest use to men devoted to the accumulation of money.”

Our relationship to time is defined by the technologies we use to measure it. “Keep the time,” Thoreau wrote in his journal. “Observe the hours of the universe—not of the cars.” Again Henry advocates the clock of sun and moon and gravity. But he wasn’t, as some believe, anti-technology. He was a skilled surveyor and pencil maker who designed a new way to compress and mold graphite. It seems he was opposed to technology that had no clear purpose, or that didn’t benefit the common person, or simply made us less human.

“We are in great haste to construct a magnetic telegraph from Maine to Texas; but Maine and Texas, it may be, have nothing important to communicate,” he writes in Walden. “As if the main object were to talk fast and not to talk sensibly.”

The technological innovation that most affected Henry at Walden was the arrival of the railroad. By the time he left, in 1847, there were twenty trains roaring by his cabin daily, which he seemed to both accept and question. “I watch the passage of the morning cars,” he writes, “with the same feeling that I do the rising of the sun, which is hardly more regular.” He knows that both the sun and the train mark time. And he sees the old form of transportation, the horse, within the new one, the train: “The iron horse makes the hills echo with his snort like thunder, shaking the earth with his feet.” Yet he is leery of the unbridled engine: “We do not ride upon the railroad; it rides upon us.”

While he sometimes traveled by train and boat, it was always to get to someplace where he wanted to walk—in the wilds of Maine or Canada or along Cape Cod. When walking was an option, he took it, tramping through some pasture or thicket, lost in the green moment of oak and pine and huckleberry. More concerned with the journey than the arriving, with the present than the lure of the future, he always took his time. 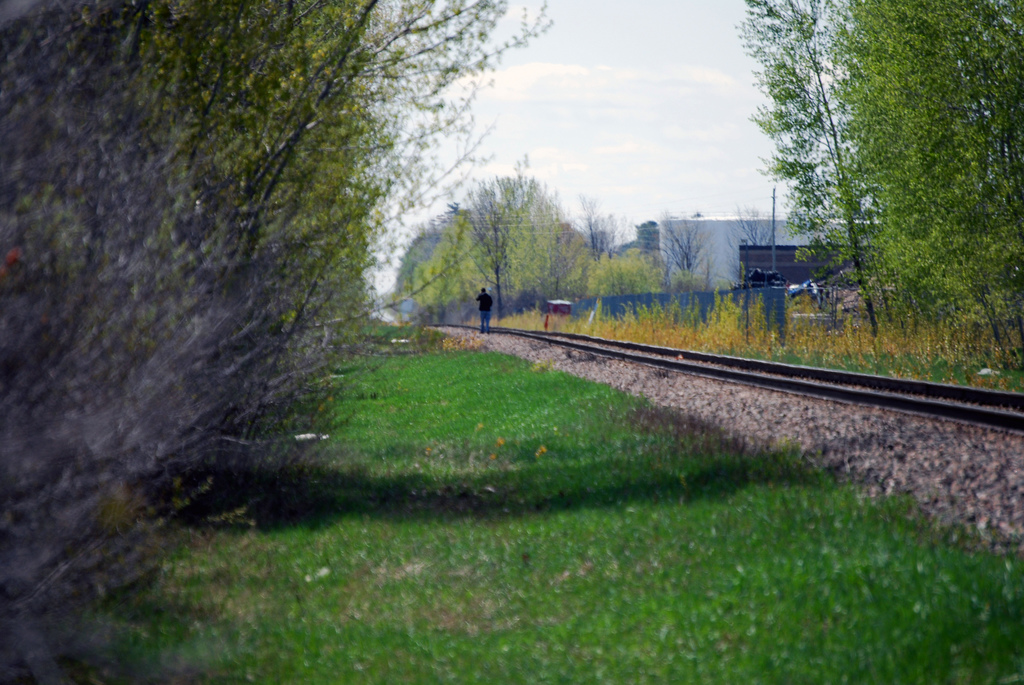 Like many, that’s what I want to learn to do. To take my time. So some days, I try to follow Thoreau’s lead. I walk—not to the drugstore or the coffee shop or the pub or the library—with a purpose but no destination. And I leave my smartphone behind, seeking a deeper stream in which to cast my thoughts. My purpose is to see: the cottonwood trees blowing in the wind at dusk, and the grackle snatching a night crawler from a neighbor’s flowerbed, and the soft light dying on the little playground down the block, where two little girls are swinging to and fro—rising and falling over the earth as they laugh in delight at the miracle of the present.

This video essay, “Lake Glass,” is an excerpt from my book, Cabin Fever, and an example of what I call “Natural Time.”