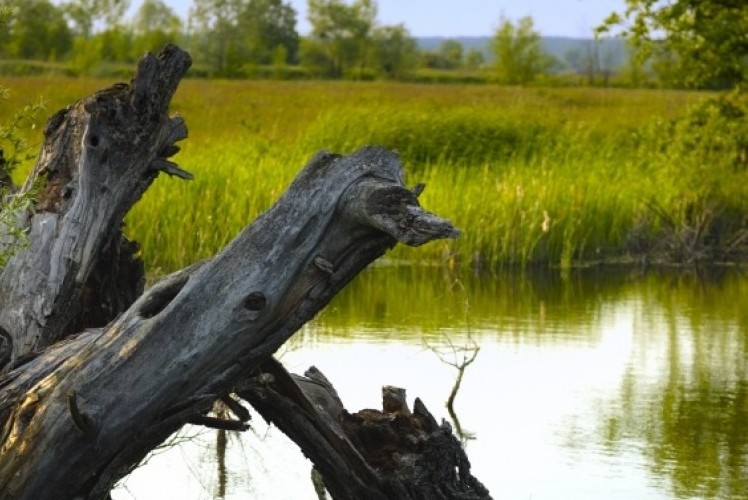 Snag. It’s the Entish-sounding name for a dead tree. Lacking leaves, snags stand quietly in the forest. Tipped over in a river they are a little more vocal. Either way, they are some of the most popular gathering places for many species. When they roar from fast moving water, they earn the more sinister appellation “strainer” where they are equally important for the environment but too dangerous for me to explore.

An old snag I miss that used to live near North Pond.

A few weeks ago a large snag in a parking lot caught my eye first because of its ghostly appearance in the sodium lights, second because snags are not often allowed to survive in the urban setting, and finally because there was a barred owl perched on top. As I maneuvered for a better look at the bird, it silently dove for my face, slamming into the shrub at my shoulder and then flying into the darkness with a large grasshopper.

Another day, another snag near the Des Plaines River, I was privileged to watch an ichneumon wasp bury its ovipositor deep into the wood in pursuit of a living meal for its young.

Today I watched with equal parts fascination and dismay as a cicada killer explored an ash tree.  There were no cicadas in the tree that I could see but the ash showed signs that it would soon be joining the ranks of the snag. I never saw the wasp catch anything but I wonder if they like to snack on emerald ash borers between their larger meals. Once all the ash trees in our region have died, I’ll miss the flames of color that they once brought to the autumn landscape; I suppose I’ll be able to enjoy the incense of their burning logs for a few years afterwards, though. I hope that some of these ash trees will be allowed to live on in the city as snags. The wood is good, the tree’s weakness was only skin-deep.

Kayaking recently with my son, we passed many snags. He saw the faces in all of them. He asked to stay away from the ones in the creek but when we got out to fish with our seine, he soon learned to target the submerged snags because that’s where the most fish were. This day we only caught baby creek chub but in the past we have caught log perch, mud sunfish, Johnny darters, madtoms, and many other species. As we paddled home we saw painted turtles and red eared sliders basking on snags. We even caught a glimpse of a snapper lurking in the eddy of a big snag.

Walking home from the creek, we saw that a local Tillia snag had been removed. My son stood on the stump and played for a moment but clearly found this new perch inferior to the branches he was used to sitting in. As he expressed disappointment at losing his snag, I asked if he knew what had happened to it. “A beaver cut it,” he said at first. “A beaver-man,” he elaborated by pointing to the chain saw marks.

After we put the kayak away we stopped in the yard to roll logs and look at rolly-pollys, centipedes, isoptera, millipedes, wolf spiders, and worms, and all the other life that depends on dead trees. Snags aren’t just a popular place for urban wildlife, they’re happy places for kids and their parents, too.