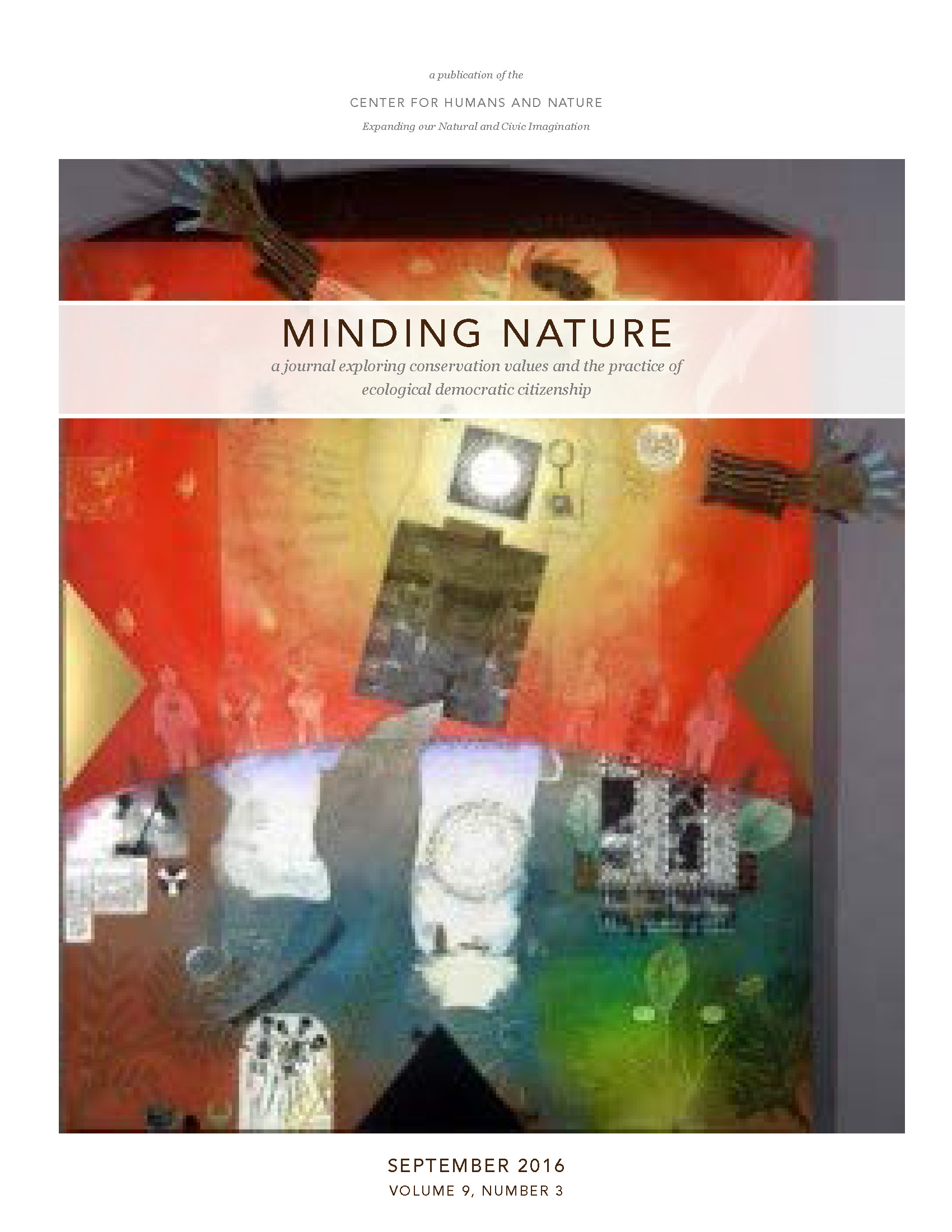 Indiana is called the Hoosier state. There are many legends about the origins of that term. One says it derives from the practice of hailing unknown persons as they approached a settlement by saying “Who is there?” slurred into “Who’sh ‘ere?” I prefer a slightly different folk etymology, rendering the question as “Whose are you?” Whom do you belong to or with? Are you of us in this place, or of another group and another place? On the American frontier in the 1820s—no less than at border crossings and checkpoints of all kinds today—the fundamental question of identity was tied to the fundamental question of belonging.

In fact, he says, when I get particularly annoyed at them for one thing or another, I imagine them as tiny county commissioners stalking around in feathered jumpsuits, an image that cheers me right back up again, as does, occasionally, eating one of them, just to remind the others that the whole meal thing goes both ways. Most of the time I am just the lunk who delivers food to you, he says, but sometimes you are going to be food for me. They don’t like this line of talk and they curse at me in their language, but I am inured to abuse and don’t take it seriously.

Assume for the moment that we know what good is. Doing it often involves sacrifice, and if no one is looking, why not do something evil—something selfish, at others’ expense? Do we have to be taught the difference between good and bad, right and wrong? Are we naturally drawn toward either?

The Ethics of Globalism, Nationalism, and Patriotism

The year 2016 may long be remembered as a global turning point, perhaps on a par with 2008 (the global financial crisis), 2001 (the 9/11 attacks), and 1989 (the fall of the Berlin wall). This is the year that the battle between globalists and nationalists became the central axis of conflict within and across many nations, especially in Europe and the United States. Consider this extraordinary thirty-two-day span of events:

From Exhibit to Classroom: Transitioning Aquariums and Zoos for the Twenty-First Century

People young and old are captivated by Calypso, the Green Sea Turtle who lives at the National Aquarium. Whether swimming in the crystal-blue waters of the Blacktip Reef exhibit, nibbling on romaine lettuce and the occasional squid, or peeking her head out just above the glistening surface, the five-hundred-pound, three-flippered Calypso is a sight to behold. The giant turtle was rescued by the Riverhead Foundation for Marine Research and Preservation in 2000, after becoming cold-stunned and stranded in the Long Island Sound.

The planet’s menagerie has become like shards of broken glass; we’re grinding the shards smaller and smaller. . . Anyone can read about how much we are losing. All the animals parents paint on nursery room walls, all the creatures depicted in paintings of Noah’s ark, are actually in mortal trouble now. Their flood is us.

In a Climatic Realm of Hungry Ghosts: Global Healing as Sacred Choice?

By: Timothy B. Leduc

Images of families, friends, and strangers expressing so much grief and consoling each other for their common losses fill our screens these days. I could be referring to floods in Bangladesh, a hurricane like Sandy hitting America’s eastern seaboard, or another record-setting extreme event that is now more norm than aberration. The shocked faces that are fresh in my mind as I write these words are those from Fort McMurray, Alberta, which in May of 2016 experienced a devastating forest fire that consumed its homes, neighborhoods, and sense of safety.

Is It Time To Break with the Colonial Legacy of Zoos?

The shooting of Harambe the gorilla at the Cincinnati Zoo has reignited debate about how to properly care for and conserve zoo animals. Several petitions have been created on Change.org, seeking some form of justice for Harambe. Given the conservation mission of the modern zoo, there is much discussion about how we might make zoos better to prevent an event like the one that led to Harambe’s death.

Standing at the crossroads of nature and technology, the artist is continuously called to re-create and challenge the beauty, vastness, contradictions, and complexities of this world. In 1997, “Synchronous Forest: The Dance Of Nature and Technology” was created in Colorado by Lindy Lyman, visual artist, and Jeremiah Lyman Moore, sound and installation artist. The exhibition premiered in 1998 at Regis University, Denver, and was shown again at The Museum of Outdoor Art, Englewood, in 1999.

Estella Leopold’s Stories from the Leopold Shack: Sand County Revisited was published earlier this year by Oxford University Press, the press that in 1949 published her father Aldo Leopold’s A Sand County Almanac. Born to Aldo and Estella Bergere Leopold, Estella is the youngest of five children, all of whom became professional ecologists and conservationists.

Journey of the Universe - MOOC

Beginning this fall Mary Evelyn Tucker and John Grim will offer four six-week online courses. These will be featured as a specialization under the theme of "Journey of the Universe: A Story for our Times." This will include two courses on Journey of the Universe and a course on the Worldview of Thomas Berry. Each of these courses can be taken independently followed by an Integrating Capstone course.