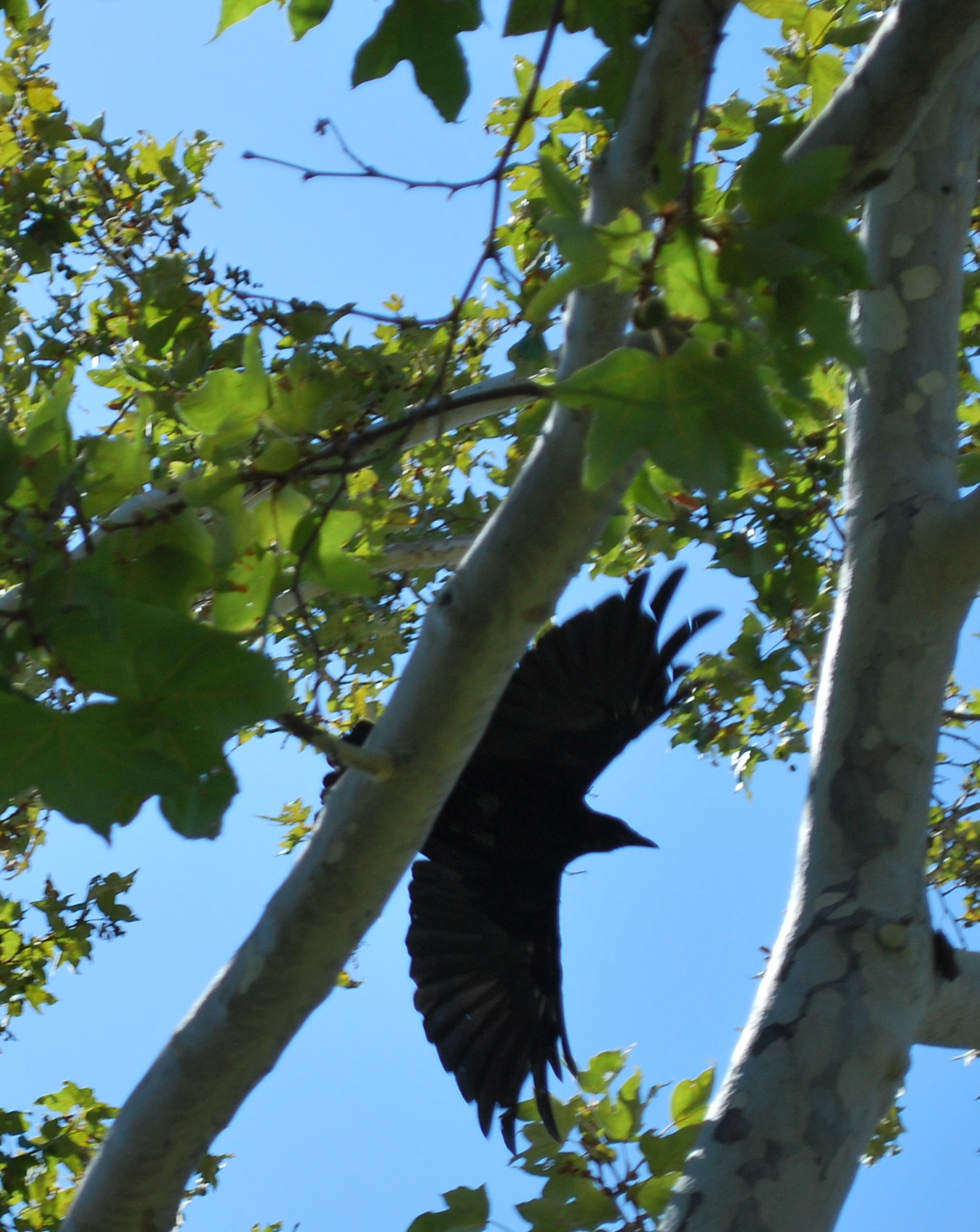 I know it's nearing sunset because the crows begin to fly east.

On the West Coast, the light is not always a reliable indicator of the end of day. Sometimes it stabs through everything, silver and sharp—surgical. At other times, it softens blue to indigo. Many evenings, the marine layer spills over the point, submerging San Diegans in a timeless grey. Today it seeped through the air, a burning orange.

That air can smolder for hours—finally combusting to a flash of yellow-gold as an impossibly large sun slides below the haze, slipping into the cool, dark Pacific. The day is over before you can register that it started to end.

But the crows know. Without fail, about thirty minutes before the sun sets, they begin to move across the flat sky. Specks of fluttering black, they are ashes that have jumped free of the blaze and are trying to find their way back to what they were before they combusted.

Throughout the day, I see crows. In twos or threes (an attempted murder, if you will), they scavenge through the city, thriving on the waste of a consumer culture. In small family groups, they call to each other, play with each other, and care for each other. Part of the land yet raucously set apart as another species besides our own whose social and flexible living patterns have made them distinctly fit for an urban environment. San Diego birders claim that large families of crows moved into the area about twenty years ago, displacing the more solitary and reserved raven as the dark-visaged native. Still, despite the birder insistence that crows are everywhere here, I rarely see them in remarkable numbers.

Until sunset, that is. Then it is as if all the families of crows combine in flight, on a journey to some eastern location for sleep. You can see it all over the city: crows heading east, flying together in flickering patterns. The extended family that flies over my house has about fifty crows. My son and I watch as the members join the murder streaming over our house. He claims that he knows individuals, calling out, “There’s the crooked one! There’s the little guy. There’s that annoying one.” To my bespectacled eyes, they all look the same. It’s the larger array that shifts and flows through the glowing air that captures my gaze. They are moving in parallel with other formations like currents in a stream, toward a roost that I imagine teems with every San Diego crow. In my imagination, they burst from this roost in the morning—the inverse of bats fleeing their caves.

The crows make up one of the threads that pattern my day. They signal that I should stop, return to my roost and family. They remind me that there is a time to scavenge, play, hunt, defend, and chatter. But there is also the time to rest.

Breeann Kirby is a San Diego-based molecular biologist turned writer who facilitates collaborations between science and the arts, most recently The Year of The Phage (www.2015phage.org). She believes that when diverse thinkers work and play together, world-changing things happen.