To be a farmer, at any point in history, means you grow food. You steward the land—soil, water, air, energy, plants, and animals—and make a living from its increase. It seems simple, at least in purpose, if not in practice: Grow good food. Now, in the twenty-first century, awareness is growing that we depend on farmers for more than food. We need farmers and their farmland to sequester carbon, to buffer against floods, and to provide wildlife habitat. Perhaps less evidently, we also need farms to inspire us with their beauty, to cultivate our respect and awe of the more-than-human, and to light the pathways to a more just and prosperous world.

This is a lot to ask of farmers, but the scope of climate change and biodiversity loss demands more than isolated solutions such as limiting emissions and protecting forests can accomplish. Moreover, ethical pursuit of a better world will not harbor sacrifice of some places or some people for the betterment of the privileged ones. Looking ahead to the twenty-first century, in 1996 Paul Johnson, then chief of the USDA’s Natural Resource Conservation Service (NRCS), wrote, “a land comprised of wilderness islands at one extreme and urban islands at the other, with vast food and fiber factories in between, does not constitute a geography of hope.”[1] As the ecological and social crises of this century unfold, with the sum-total impacts of agriculture pushing us beyond planetary boundaries, we need farmers to nurture the geography of hope.[2]

We need farmers of the twenty-first century to make their farms carbon sinks rather than sources of atmospheric carbon. All farming is based on photosynthesis, the oldest and most effective technology for taking carbon dioxide out of the air and turning it into energy and plant matter. In contrast to all the chatter about silver bullet carbon-capture technologies that are in the works to save us from climate change, farming offers an avenue for immediate action. While not all kinds of farming sequester carbon, some farming systems do. So a growing chorus is calling for farmers to lead the way in reversing climate change.[3] In contrast with annual crops that die, decompose, and give their carbon back to the atmosphere, perennial crops hold on to more of their carbon in the plant matter they accumulate as they grow. Long-lived and deep-rooted tree crops, especially when grown in diversified agroforestry systems with pastured livestock, do even better. And organic farming is so-named for emphasizing carbon-rich soil organic matter and active soil life.

Globally, soil holds more carbon than atmosphere and biosphere combined. Let that sink in. The carbon, that is. Increasing the global soil carbon stocks an average of 0.4 percent yearly would be enough to offset all increase in atmospheric carbon stocks due to human activity.[4] An initiative called the 4 per 1000, which is based on this idea and launched at the COP 21 and as part of the Lima-Paris Action Plan, is underdeveloped and woefully unsung, but the message is clear: We need farmers to keep more carbon on their farms.

But climate is already inflicting damage, and we need to adapt to limit these impacts. Flooding and drought caused an estimated $340.4 billion in damages in the United States since 1980.[5] Farmers can help shield us from the extreme weather and unprecedented precipitation patterns we are experiencing. Perennial crops intercept and slow rainfall before it strikes the soil surface; living roots and other soil life increase porosity that also helps the water infiltrate; and underground organic matter increases soil water holding capacity. Farming in this way buffers the flooding and drought problems, and also addresses other major issues associated with water: soil erosion and nutrient pollution. When water runs off the farm and takes soil and nutrients with it, this costs the farmer as well as everyone downstream—and we all live downstream of somewhere. We need farmers to keep water, soil, and nutrients on their farms.

We also need farmers to keep wildlife on their farms. The case of the monarch butterfly populations—down 90 percent in the last twenty years—exemplifies this need. Multiple factors contributed to this sharp decline, but the primary reason is the loss of milkweeds, the caterpillar’s host, from the butterfly’s summer breeding grounds in the corn belt.[6] The widespread adoption of corn and soybean varieties with glyphosate resistance has corresponded with wider use of this herbicide which is lethal to milkweeds and accounts for the dramatic drop in milkweed abundance across the landscape. The many ongoing “Save the Monarch” initiatives show how much people care about this creature, but most of these projects focus on roadside and backyard milkweed plantings, which will likely be insufficient to recover monarch abundance. We need farmers to keep more monarchs and milkweeds on their farms, as well as the wide variety of other forms of life with whom we share the planet. 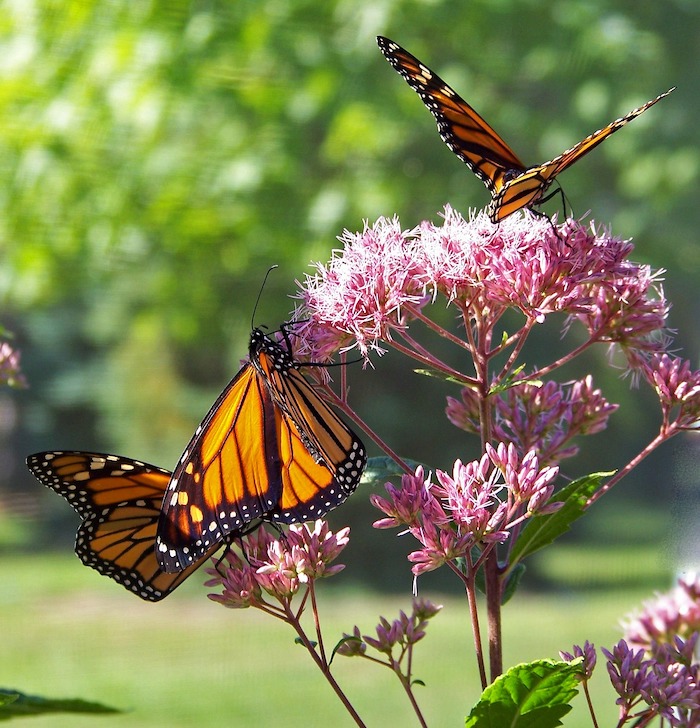 The monarch butterfly is what is sometimes called a “noneconomic species” in contrast with organisms like honey bees that pollinate our crops—an easy enough “service” to put a dollar sign on. Monarchs are pollinators too, but they mostly sip the nectar of wildflowers (i.e., other noneconomic species). Only the most callous person might argue that butterflies and wildflowers have no place in farm country, but an instrumentalist view that these sorts of species have lower priority is more commonly held. To the contrary, to realize a geography of hope, we need more opportunities to connect with these sources of inspiration and beauty, which counterbalance the dominant worldview that frames any given thing (or person) as only as valuable as it is useful to us.

Farming represents not only our most influential impact on the more-than-human world, it is also potentially our most intimate interaction with it. Keats’ 1819 ode To Autumn expresses the poet’s affinity with the wild bounty of the farm.[7]

Season of mists and mellow fruitfulness,
Close bosom-friend of the maturing sun;
Conspiring with him how to load and bless
With fruit the vines that round the thatch-eves run;
To bend with apples the moss'd cottage-trees,
And fill all fruit with ripeness to the core;
To swell the gourd, and plump the hazel shells
With a sweet kernel; to set budding more,
And still more, later flowers for the bees,
Until they think warm days will never cease,
For summer has o'er-brimm'd their clammy cells.

As a source of hope—as antidote to anthropocentrism—we need farmers to keep such wild beauty on their farms.

Like the monarchs, people have also been disappearing from farm country, as family-scale farms under immense economic pressures continue to fold at alarming rates. Wisconsin, America’s Dairyland, has been losing an average of more than forty dairy farms each month, which adds up to 38 percent of our dairy farms in the last decade.[8] Farm loss and rural depopulation are not just inevitable trends. These patterns are linked to historical, ideological, technological, political, and economic forces, as has been well-explicated going back to farmer and author Wendell Berry’s 1977 book, The Unsettling of America.[9] And Berry went further, recognizing links to the dispossession of native people of their land and food systems, and to the oppression of women and people of color. Much of modern agriculture grew out of—and perpetuates aspects of—colonialism and slavery. In Berry’s words, “deeply rooted in our past is the mentality of exploitation.” He contrasts the archetypical exploiter with the model farmer-as-nurturer. The many ways we need farmers to nurture diversity, equity, and inclusion in food systems are beyond the purview of this essay, but it is unlikely we will see our other hopes outlined here fulfilled without deep institutional reform, creative restitution, and cultural regeneration as we overcome exploitative agriculture. 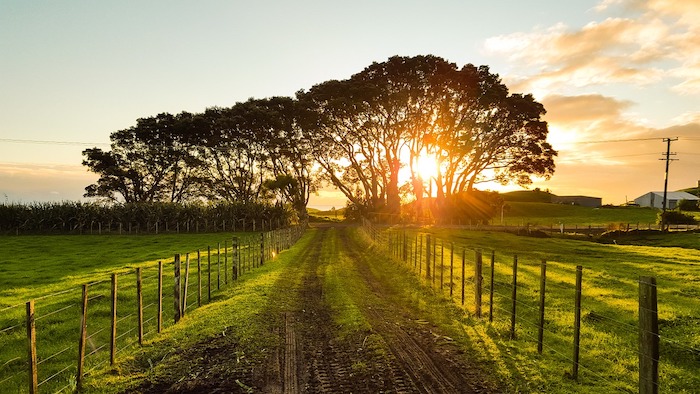 Wallace Stegner coined “geography of hope” to conclude his famous 1960 letter arguing for protection of wild lands; the letter was used to introduce the Wilderness Act passed by Congress soon thereafter.[10] Turning the phrase in 1996, Paul Johnson extended Stegner’s geography, insisting that on farms, too, the value of land goes beyond its tangible benefits to society. “That land yields a cultural harvest is a fact long known, but latterly often forgotten,” wrote conservationist Aldo Leopold.[11] To realize a geography of hope, we need farmers to inoculate wider society—and vice versa—with Leopold’s cultural harvest: a sense of land’s intrinsic value, an understanding of land as a community to which we belong, and a practiced ethic of love and respect toward our land community.

Johnson applied this vision to the mission of the agency he led, the USDA’s Natural Resource Conservation Service. The NRCS, founded in the Dust Bowl era as the Soil Erosion Service, helps maintain the public interest in the conservation of private lands through technical and financial assistance. At its best, this agency’s work helps farmers live out their land ethics while under unprecedented pressures to increase production at social and ecological cost. But farmers need more than agency support and publicly funded incentives to do and to be all that the twenty-first century asks of them.

We are all farmers, in a sense. To quote Berry again, “eating is an agricultural act.”[12] While we refrain from exhorting individual choice as sufficient to reform food systems, those of us with the privilege to do so can orient our meals, voices, and votes toward deeper reciprocity and solidarity with farmers who in good faith provide us more than our daily bread. Simultaneously, we must reshape the cultural, political, and economic contexts that limit the praxis of land ethics; for one thing, we cannot afford to continue on with the hidden costs of cheap food unaccounted for.[13] Let us aim to empower farmers to live up to the challenge of the twenty-first century: to grow good food and to nurture the geography of hope.

Keefe Keeley comes from the Kickapoo Valley of Wisconsin. He is co-executive director of the Savanna Institute where his work supports farmers leading us into a livable future for all.

14 Contributor responses
What does it mean to be a farmer in the twenty-first century?

You Belong to the Land: A Conversation with Karen Washington and Leah Penniman