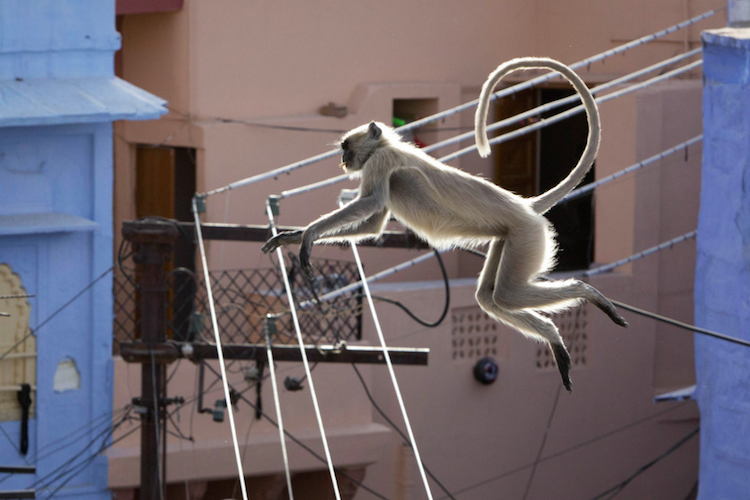 For all their splendid, evocative footage, wildlife documentaries can’t help but come from a subject-object perspective. They show a world of us-and-them, civilization here and wilderness out there, however strongly they make the case to protect wild places. Documentaries of this genre have been a small-screen staple since Disney came out with its True Life Adventures in 1948. Generations have grown up on their fast-cut sequences of animals and insects struggling, adapting, and propagating in exotic habitats, tied together seamlessly by duly amazed narrators. These armchair adventures come sugar coated with pop-science, soft-core nature-porn with generous helpings of comic relief, anthropomorphic poetics and environmental messaging. Up music.

No one does it better or has been at it longer than the BBC’s redoubtable Sir David Attenborough, now 90, having long outlived Jacques-Yves Cousteau, Marlon Perkins, and other icons of the genre. His BBC Planet Earth 2 series—like it’s 2006 predecessor, which drew more than 500 million viewers worldwide—was well received in the United Kingdom last year and is now receiving similar acclaim in the United States.

All this, plus my personal fascination with urban wildlife, drew me to pay particular attention to Planet Earth 2’s final episode, entitled “Cities.” In this episode, I thought, one might find a synthesis of worlds that are in fact one. All I have to do to confirm this oneness is look out my study window on this first day of spring, 2017, to see human activity and wildlife continually at play right here in big-shouldered, sprawling Chicago—all day: gray squirrels, cottontail rabbits, robins, blackbirds, sparrows, finches, starlings, gulls, doves, every one of them eyed by raptors gliding above; and after sunset, the glowing eyes of busy possums, raccoons, coyotes, the occasional scurrying back-alley rat, and a bat or two at dusk. Those are just the wild creatures I can see readily. We’re not alone. 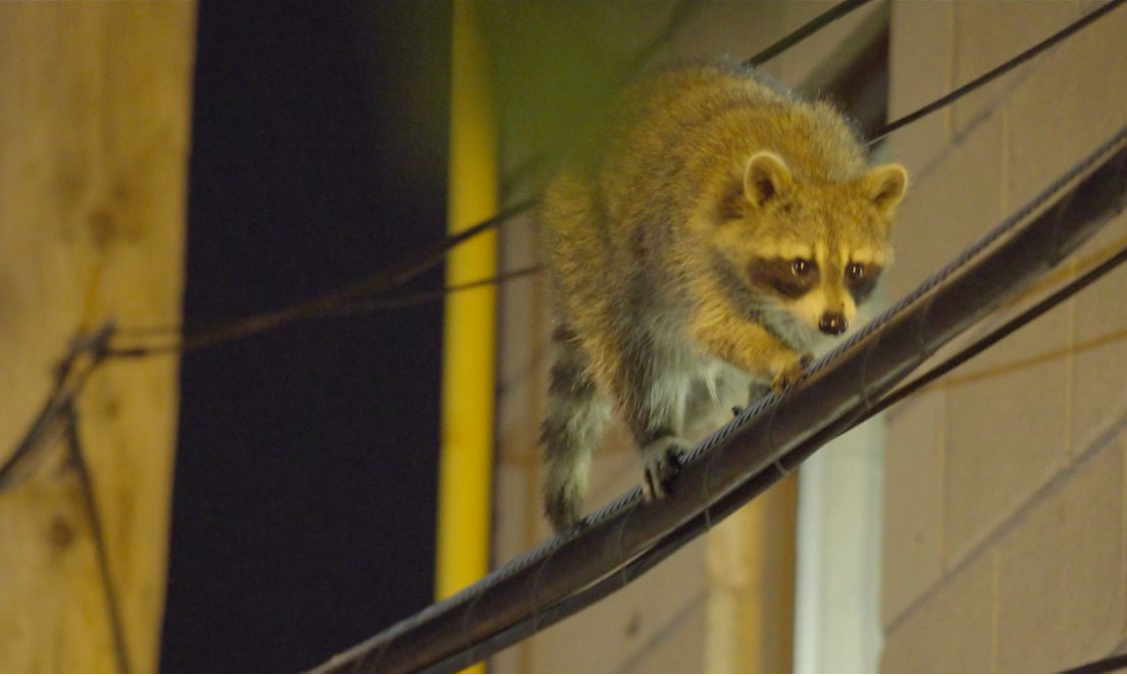 You won’t see the coyotes of Los Angeles and Chicago or the insouciant foxes of Londontown in Attenborough’s cities episode, however. Except for a brief segment on a cuddly family of raccoons living in a Toronto chimney, Attenborough chose to focus on the amazing and exotic rather than the commonplace examples of urban wildlife, each captured in the daring state-of-the-art cinematic fashion that has become his trademark. 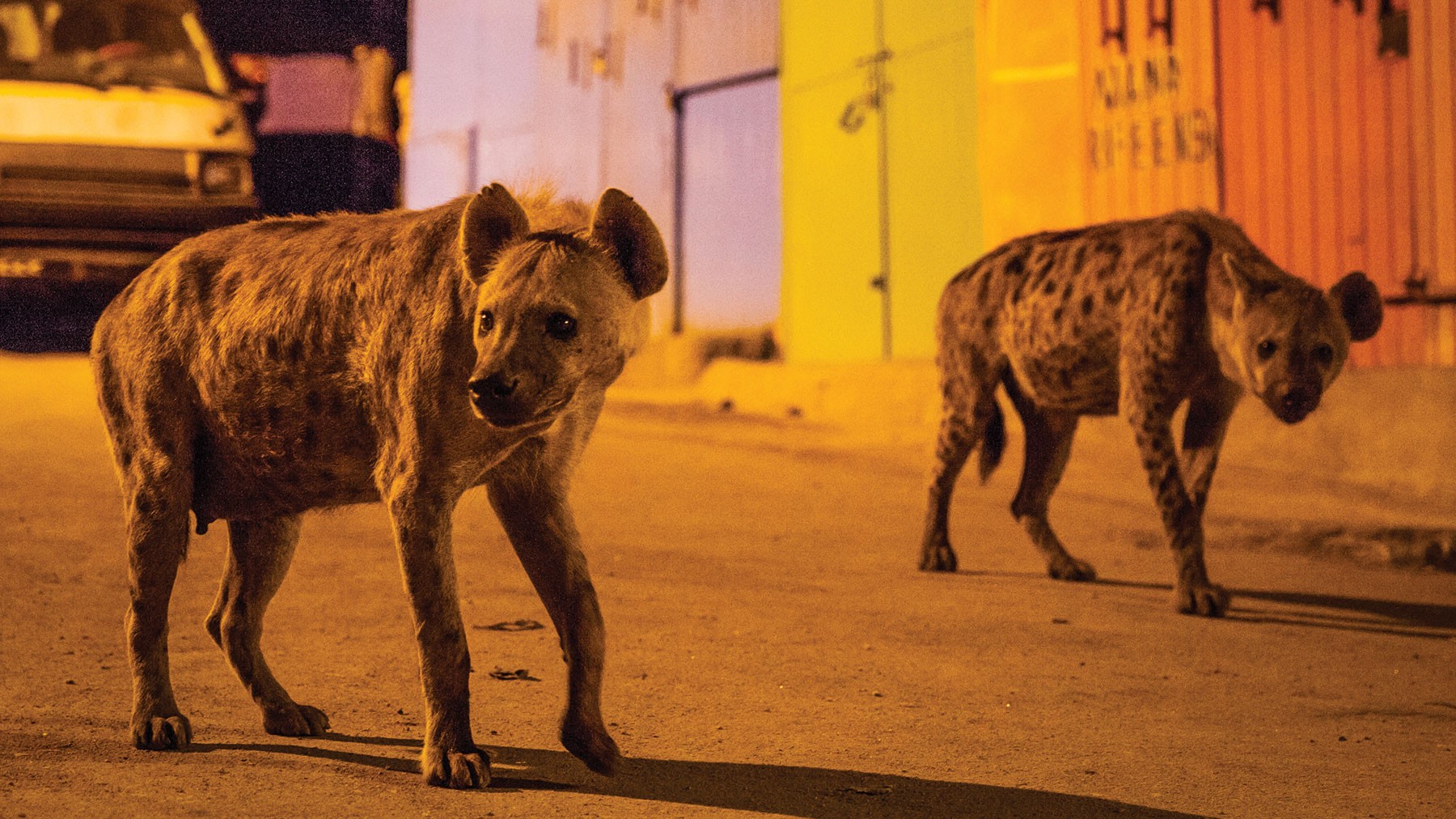 The results are startling. A pack of hyenas enters an Ethiopian city each night to feast on scraps thrown out by friendly butchers with whom they seem on good terms. We see peregrine falcons circling skyscrapers and diving on hapless Manhattan pigeons from dizzying heights at 200+mph. One can’t help but gasp at the reverse-white images of leopards—eyes wide—caught with infrared cameras as they hunt feral pigs in Mumbai after dark. Attenborough mentions casually that these big city cats kill human Mumbai residents from time to time. Ironically, London tabloids went ballistic on the leopard segment when readers protested vociferously, not about the people, but over footage of a leopard grabbing a baby pig and running off into the trees with it writhing and squealing in its iron jaws. 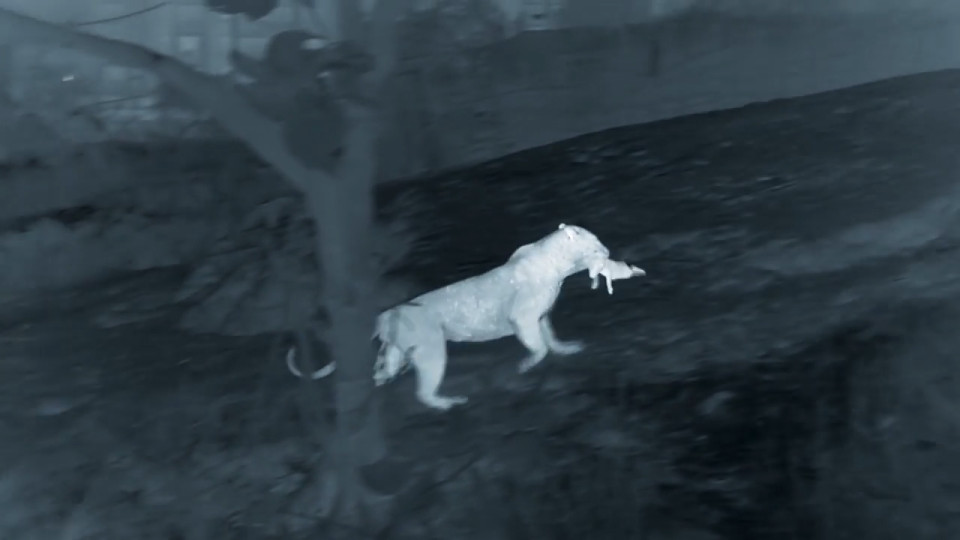 Attenborough points out that while urban expansion has been the bane of wildlife over time, those species able to survive within metropolitan areas often do better than their wild kin, finding more food, shelter, and warmth there. He shows us the playful, happy lives of two species of Asian monkeys in northern India, langurs and macaques. The former lounge around Hindu temples in Jodhpur enjoying their sacred Hindu status. The latter are shown leaping across building tops and seemingly having great fun stealing fruits, vegetables, and even packaged snacks from open-air markets in the metropolis of Jaipur. In Europe, starlings benefit from the radiated warmth of Rome, where Attenborough’s cameras capture millions of them creating incredibly beautiful formations—a kind of magically morphing avian Aurora Borealis—as they gather to roost overnight in the treetops of the Eternal City at dusk. 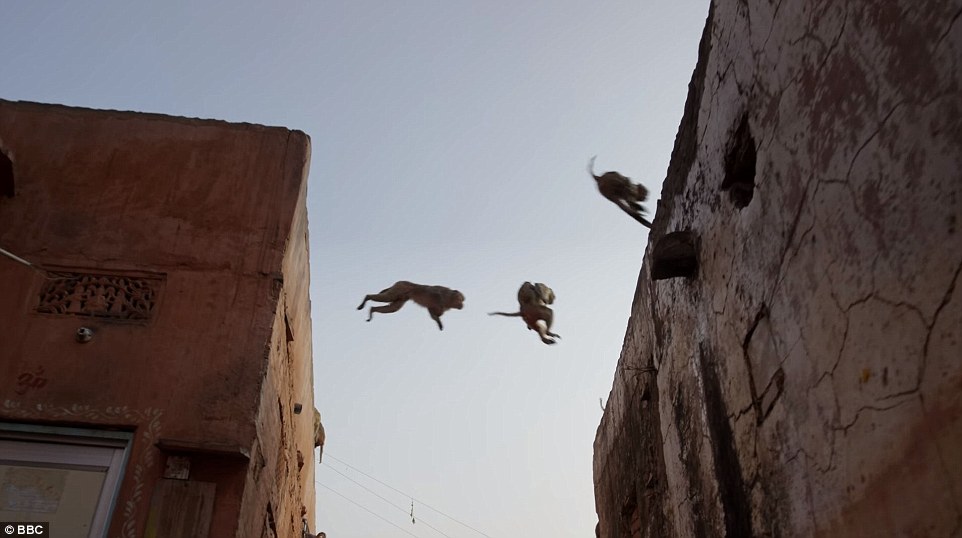 Half of humanity now lives in urban areas (81 percent in America), a number that expands every day. “Animals must cope with the changes or disappear,” Attenborough notes, adding that as valiant as these survivors may seem, it’s not enough to compensate for the rate at which urban expansion degrades our environment and, as a corollary, drives species to extinction.

Attenborough tries to finish on a note of hope. He points to Singapore’s 250-acre Gardens by the Bay, with its towering man-made tree structures integrating animal-friendly flora into its systems and architecture Attenborough cites this project, built on reclaimed land, as an example of how wilderness might somehow be brought into the cityscape. Showy and possibly trend-setting, but the episode fails to mention the often-struggling but persistent grassroots urban wildlife habitat restoration and amelioration efforts around the world. These mud-on-your-boots groups need recognition and support more than Utopian dreams. 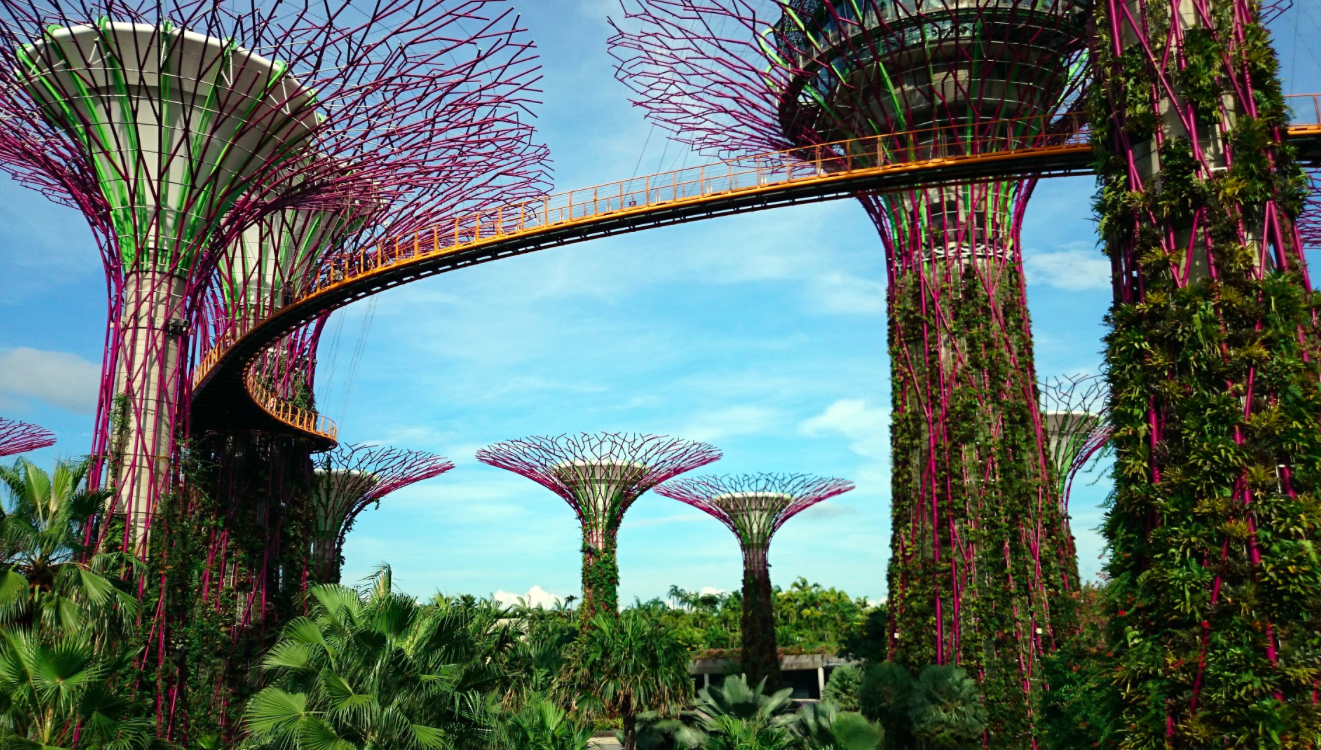 Whatever the solutions, Attenborough states powerfully that “We, after all, are the architects of the urban world...” He ends the episode perched high on the superstructure of a London skyscraper, wind tousling his distinguished silver mane. “Looking down on this great metropolis,” he remarks, “the ingenuity with which we continue to reshape the surface of our planet is very striking. It’s also sobering. It reminds me just how easy it is for us to lose our connection with the natural world. Yet it’s on this connection that the future of both humanity and the natural world will depend. It is surely our responsibility to everything within our power to create the planet that provides a home not just for us, but all life on earth.”

Something in the realm of more than a billion people have enjoyed the nature documentaries of Attenborough and his ilk over the past sixty years. He and his like certainly can be credited with helping to persuade majorities to support environmentalism around the world. They can’t, however, of themselves generate the political will or power necessary to reverse the modern global civilization’s current hell-bent march towards unsustainability. Probably that’s because however many gorgeous documentaries Attenborough makes, watching them will always be voyeuristic—unless those of us on this side of the screens get up off our couches and do something more to save a world that’s not out there but is one to which we belong as much as foxes and squirrels, a world all around us and vital to our continued existence.