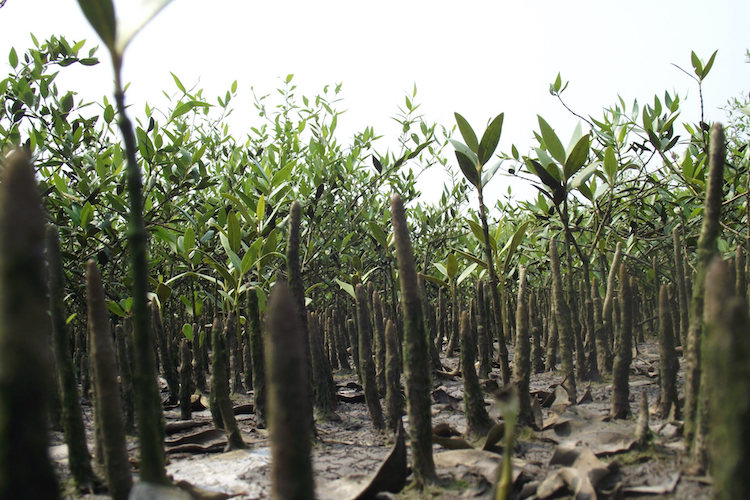 The tropical Mumbai sun beat down on us as we trudged in the sticky, clay soil—every step a massive effort. Just then, movement below our feet caught our eye. Polyclad worms. Marine flatworms that breathe through their skin. Many species are brilliantly coloured, but the ones we saw were a drab grey, camouflaged in their surroundings. Resembling miniature flying carpets waving their fringes in the air, they swirled around on the flat ground to music only they could hear.

We stumbled on to these marvellous creatures during our survey of mangrove swamps on the northern fringe of Mumbai city. Like all the other rapidly growing urban settlements the world over, this city has found itself in a constant struggle between development and conservation. With alarming speed, the city’s sea of concrete advances, engulfing all that lies in its path, including the mangrove forests that the polyclad worms call their home. We, a group of botanists and zoologists, were trudging through these mangroves, documenting the biodiversity on behalf of the local municipal council.

Mangroves are special trees that can thrive in the inhospitable environment at the interface of land and sea. They survive in highly saline soils deprived of oxygen. Standing upright in tidal waters, they pose as though they are the guardians of our coasts. Over the course of an evolutionary history that began 80 million years ago, they have evolved special physiologies and behaviors to dwell in highly-saline, oxygen-deprived or anaerobic soils and tidal fluctuations. To counter anaerobic soil conditions, parts of their roots actually jut out of the soil instead of going underground. These upward-growing structures called pneumatophores have tiny pores (lenticels) that exchange gases directly from the surrounding air. Some species have salt glands on the surface of their leaves that secrete out excess salt.

Mangroves’ mode of dispersal, however, is my personal favorite. The seed germinates while still on the parent plant. This infant mangrove grows to become something botanists call a propagule, which hangs on to the parent. When the time comes, it falls down into tidal waters, which carry it to distant shores where, if the conditions are right, it takes root to start its own life. And once in a while, our little explorer of a propagule ends up on a foreign shore where no other mangrove has gone before, thus colonizing new coasts, aiding not just the continued survival of its species but also expanding its native domain. Found in some of the intertidal zones of the tropics and subtropics, mangroves have thrived over millions of years and learned to “tide over” harsh environments. 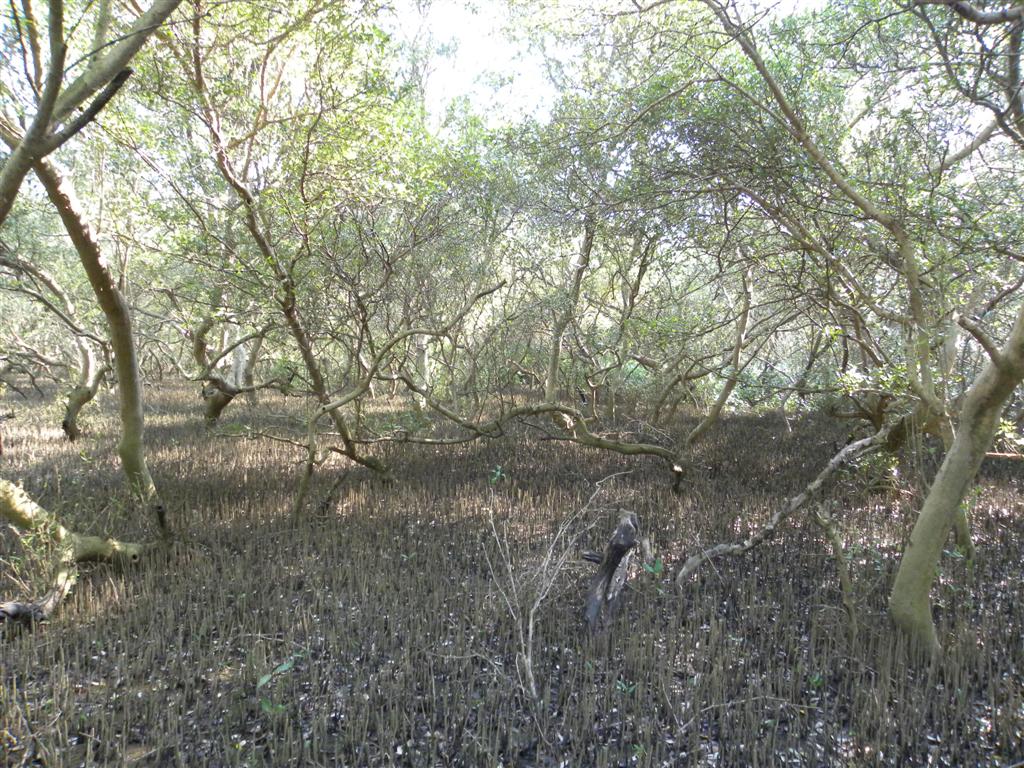 Protecting mangroves along our coasts is like drawing a life insurance policy. It safeguards us against uncertainties of the future—storm surges, tsunamis, cyclones, and eroding coastlines. Conserving mangroves also takes care of our present. Sequestering carbon and acting as breeding grounds and nurseries for juvenile marine fish and invertebrates, mangrove swamps are an all-in-one package.

Studying them, it feels as though I am paying homage to these coastal guardians that stand tall, braving the storm, protecting our cities that could crumble like a house of cards in the event of a natural disaster from the sea. Once you stand in the middle of a mangrove forest with your feet buried deep in the mud, you come to properly appreciate the power with which these ecosystems absorb water. I see this with my own eyes, just an hour’s drive from the center of one of the most crowded settlements in the world.

Yet, the mangrove forests feel so remote, so cut off from the noise and chaos of the city. They are the proverbial rabbit hole taking us twenty‐first‐century‐Alices into a wonderland. Once our group was inside, it was just us and those silent mangrove trees with no sight of sea or solid land. Like the Fanghorn Forest of Middle Earth, those trees had engulfed us and closed all our connections with the outside world. The sound made by the squelching mud was all we could hear until an occasional bulbul or prinia disturbed the near-silence.

We quietly went about our work drawing quadrants and laying transects. The peculiar salty air was a constant reminder that we were very close to the sea. The mud under our feet grew softer as we approached the shoreline. Slowly the sound of waves and a passing boat reached us; it dawned on us that we were reaching the end of our journey in this wonderland. And then humanity made its presence truly felt by the masses of plastic and garbage dangling on the branches of mangrove trees near the shoreline, washed up by the waves. We were out of the rabbit hole.

The findings of our survey would end up in a report. Would the concerns we raise be heeded by the authorities or would our report simply sit in the public library and gather dust? As I looked at the garbage around me, with my feet knee deep in the mangrove mud, I wondered if these prehistoric coastguards would survive the Anthropocene. 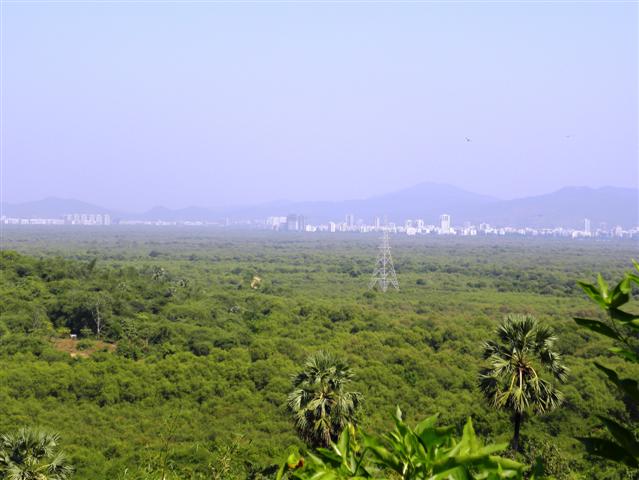 Yashada is an ecologist from India. Other than working on mangroves, she has chased rock lizards, counted tigers, and caught butterflies. She also tackled corporate sharks for a while as she worked with businesses. She is currently experimenting with science communication.