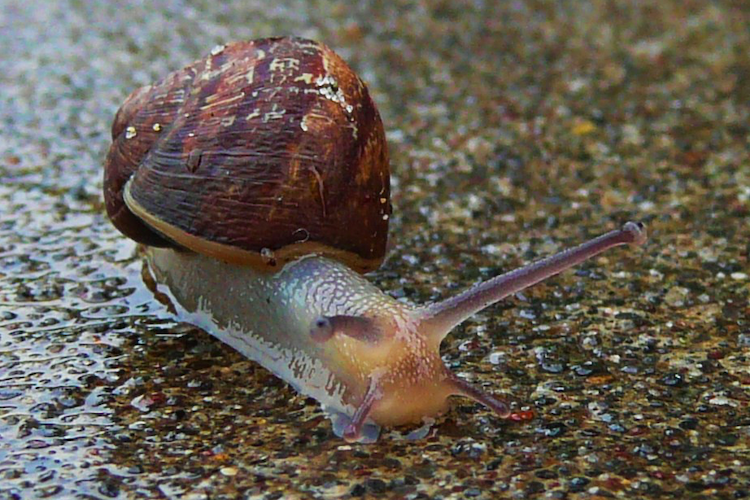 I have another life. It’s one of those lives in which, from time to time, you find yourself needing to go to meetings where everyone (else) is dressed in smart business attire. Typically, at such meetings, one group of people is trying to persuade another group to part with money for some really important thing, which just so happens to be a thing that the first group can offer. For me, this feels like participating in a second life, following awkward if necessary protocols for convention’s sake.

I am on my way to one of these gatherings. I step off the train at a station in the north of Cambridge, near to the science park of this rapidly distending city. When Charles Darwin was at the city’s famous university, the area where the science park stands was part of Cambridgeshire’s rural countryside—a scene for early forays by this distracted student of theology into beetle collecting and natural history.

I rustle along the platform in full waterproofs. The rain is fierce; it is, as we say in England, chucking it down. Walking past a rank of eager taxi drivers—their hope of fares turgid in the rain—I head for the long, hard-surfaced track that offers cyclists and pedestrians a traffic-free route between the station and the science park. Looking down the pool-cue-straight path as it tapers toward the horizon, I immediately detect a problem. Which brings me to what I consider to be my first life: Caring for my fellow Earthlings.

Ahead of me, spaced out along the track, there are earthworms, brought up from the soil on one side by the rain, and moving, in their pulsing fashion, to the other. There must be a few dozen. Right in front of me, a worm gets squashed by the fat, off-road tire of one of the many cyclists. Earthworms do have some power of regeneration, but if they are injured too close to the head, death inevitably results, and even if the injury is nearer the tail, it is really still not very good for them.

Undoubtedly, the right action is to carefully move each one across to the side to which they are headed and get them free of the hazard. It takes time—even with the aid of a discarded popsicle stick that I find and clean—but it is what I do. 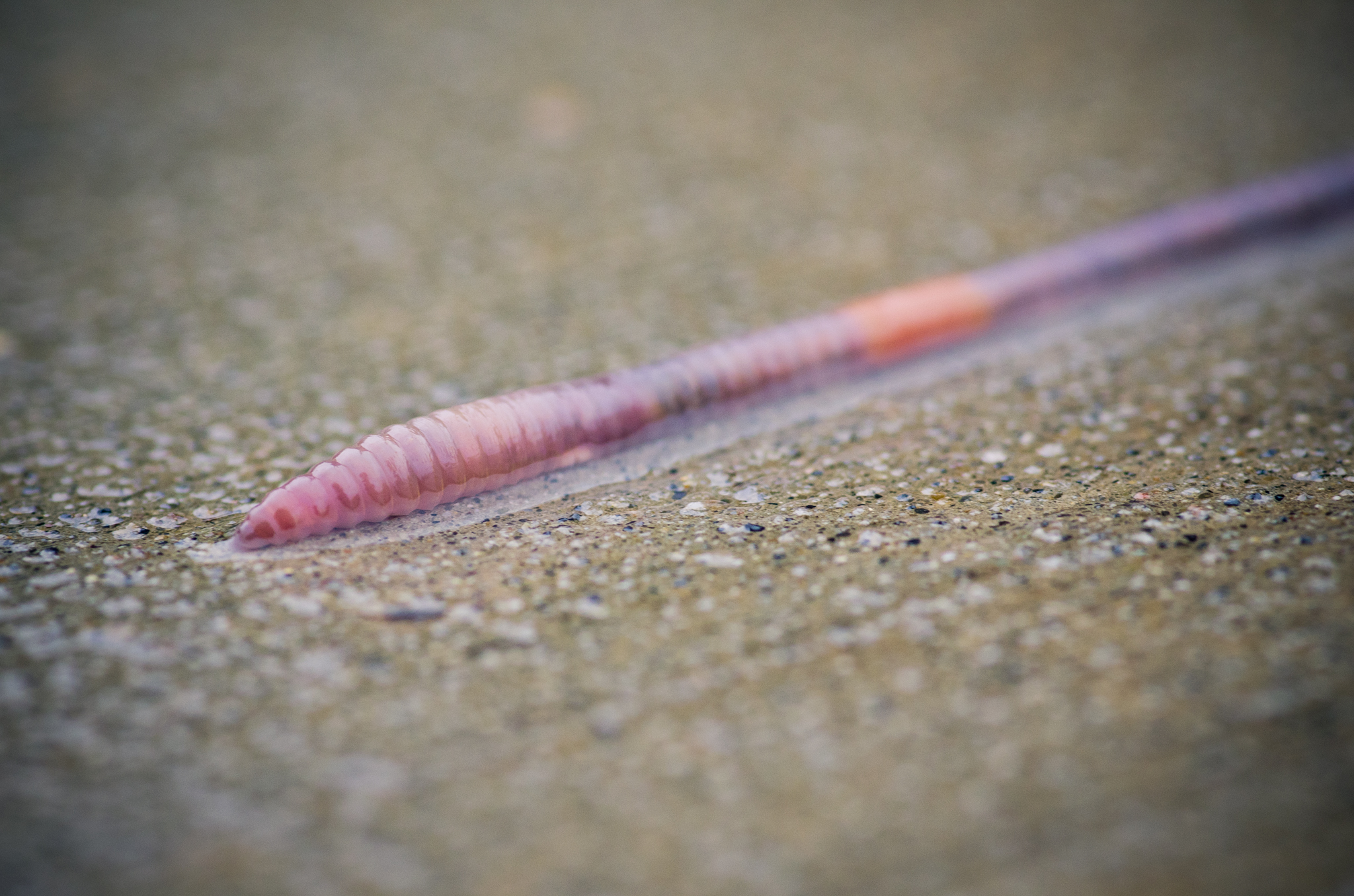 I get to the office block where the meeting is taking place and remove my waterproofs to reveal a thrift-store hiking shirt and a well-loved pair of chinos, which on at least one previous formal occasion has attracted disapproving glances. I tuck in the shirt; it probably looks better that way. But it feels wrong. I untuck it again.

I have not missed the official meeting start, but I am late for the preamble. I can’t come out and say that I was tardy because I was saving earthworms. It would be considered mildly inappropriate at best, more likely just damned weird, and either way discourteous. But I don’t want to lie. So I stay quiet and decide that I’ll just have to weather any reproachful looks.

A couple of weeks have passed since the Cambridge trip, and it is raining again. I leave my house a few minutes early as I know there will be snails to save. These beautiful creatures have a habit of straying, during wet pedestrian rush hours, onto the sidewalk that I use to get to St Albans train station. I must, obviously, pick them up, to save them from getting crushed; and their shells make this task straightforward. But it is not nearly as easy to decide where I should put them down.

It was different with the earthworms, as they were clearly heading to the opposite side; and that other side was pretty close, even at earthworm speed. Here, the opposite side is further away, across a wide road. Is that where these slow-moving creatures are going? Or should I return them to the wall of the nearest garden? (Choosing the latter, more conservative, option, I am potentially undoing fifteen minutes of a snail’s locomotive effort.) Either way, I am having a potentially large impact on their day. Imagine that you are attending to some business on foot, and a Monty Python-style hand comes out of the sky, picks you up, and plonks you down fifteen minutes back down your path, or an hour away in some place you do not know.

That I am acting in the best interests of the snails is not under question. On the other hand, my actions may not be desirable for birds who feast on crushed mollusks or for the garden plants on which the snails chomp. In regard to the birds, I feel it important to note that this high level of snail crushing is relatively new, on an evolutionary timescale. I suspect that before the invention of hard-soled footwear—and the perpetually distracting smartphone—humans were better at picking a careful path and only very rarely trod on other animals.

Nevertheless, by picking the snails up I have appointed myself as temporary guardian of their destiny. They have no means of objecting to this, and I am working with incomplete information as to their intentions. I solve the latter conundrum by putting each one on the nearest wall, pointing toward the garden, because I have limited time and this allows me to save as many snails as possible.

Let us now return to the topic of human meetings and in doing so dramatically expand the horizon of the above thinking. The expansion can be considered in the form of a two-part question: Can we really know what is in the best interests of nonhuman beings? And, if not, should this preclude us from attempting to represent their interests—in a proxy fashion—in human discussions?

The incompleteness of our knowledge of the interests of others is one of the potential challenges that must be considered if we are to legitimize the ecodemocratic representation of nonhumans within human decision-making processes (for more on this, see an in-press paper in The Ecological Citizen that I co-wrote).

My own take on it is this. With the snails, I did not fully know their intentions, but I’m sure that being crushed was not one of them and so was happy to step in and act on their behalf. More generally, while acknowledging that some understanding of other creatures’ best interests is indeed important, I would refute the idea that there is some magic threshold of knowledge that must be achieved for legitimacy. And I would do this by looking at what is actually happening every day in city life, beyond mollusk rescue operations. When we put up a squirrel-proof bird feeder for instance, so that there’ll be food for a wide range of creatures, or when we protect a hen coop from foxes, what are we doing if not making real decisions based on the interests of other lives?

A deeper point is that every day we act in ways that influence the wellbeing of other animals, either directly or by neglect. There is no hands-off approach that will cleanly remove us from this entanglement. Can we become ever more attentive, ever more informed about what constitutes wellbeing for a certain species or a particular assemblage of life forms? Of course. But a search for complete knowledge will always fall short. A value for the lives of others makes up the difference. In the meantime, as we attempt to understand the interests of our fellow Earthlings, you may find me saving snails on rainy days or putting on my least-worn chinos to recruit additional support in the effort.

Ethics, Mindfulness, To Be Human, Trails

Joe is a wildlife lover who lives in the catchment of the River Colne on the island of Great Britain. He is an Associate Editor of The Ecological Citizen (https://www.ecologicalcitizen.net/) and a co-founder of the Global Ecocentric Network for Implementing Ecodemocracy (https://ecodemocracy.net/). His personal website can be found at https://deepgreen.earth/.

All Posts · Next
Tweets by @City_Creatures