Many of our biggest challenges in the United States today—from climate change to high rates of violence—have roots in laws that eradicated tribal sovereignty, commodified Indigenous lands, and dehumanized Indigenous peoples. In an effort to conquer Native lands, lives, and nations, the United States created a legal framework to justify all of this, and now, in the twenty-first century, those laws place all of us in jeopardy. As Americans, we will never live respectfully with the land and one another until or unless we restore the inherent sovereignty of tribal nations that the United States has, over centuries, worked so hard to destroy.

On July 9, 2020, the United States took a significant step towards the restoration of tribal sovereignty we so desperately, and collectively, need. Through the historic ruling in McGirt v. Oklahoma, the United States Supreme Court denied the state of Oklahoma’s attempt to erase the Reservation of the Muscogee (Creek) Nation. Oklahoma used the same arguments that other states, private companies, and non-Native entities have used to undermine tribal sovereignty historically, but this time the court did not buy what the settlers were selling. Instead, the Supreme Court rejected Oklahoma’s argument that its statehood erased the tribal nations whose sovereignty pre-dates Oklahoma. Writing for the majority, Justice Neil Gorsuch’s seminal ruling begins: “On the far end of the Trail of Tears was a promise.”

The Supreme Court’s decision in McGirt affirmed far more than the boundaries of a reservation. For many of us in Indian Country, Justice Gorsuch’s opinion confirmed what we have always known to be true: tribal nations have an inherent right to protect their lands as well as the lives who reside upon them. The right to self-govern and exist was promised in the treaties and in the very constitution of the United States. This promise cannot, according to the Supreme Court, be broken.

While this may seem like a simple concept, it is an idea that, since 1492, has constantly been under attack. While no one questions the right of states like California, Maine, and Kansas to exercise jurisdiction over crimes committed on their lands or within their territories, the Supreme Court has, historically, taken away the sovereign right of our tribal nations to govern our own lands.

This systemic stripping of our sovereignty has had harmful consequences for our women and children who face the highest rates of domestic violence, sexual assault, and murder in the United States. Although the Department of Justice has noted that the majority of violent crimes committed against Natives are committed by non-Natives, in the 1978 Oliphant decision, the Supreme Court declared that tribal nations could no longer exercise criminal jurisdiction over non-Natives who commit crimes on tribal lands. As a result, tribal nations are without the jurisdiction necessary to prosecute the majority of violent crimes committed against their citizens within their borders.

To justify stripping tribes of their inherent sovereignty, the Supreme Court had to go all the way back to its 1823 decision in Johnson v. M’Intosh, when the Court concluded that the rights of Indian Nations “to complete sovereignty, as independent nations, [are] necessarily diminished.”[1] In 1823, at a time when non-Indian corporate and colonial interests were demanding access to and ownership of tribal lands, the Johnson Court reasoned that “[c]onquest gives a title [to the Conqueror] which the Courts of the conqueror cannot deny,” a claim now known as the Doctrine of Discovery. According to the Court in Johnson, Tribal Nations could not be left “in possession of their country” because they were “fierce savages whose occupation was war, and whose subsistence was drawn chiefly from the forest.” As a result, “[t]o leave them in possession of their country, was to leave the country a wilderness.”

After the Supreme Court’s decision in Johnson, our “uncivilized” refusal to commercially exploit and abuse the land we live on has been repeatedly used to strip Native nations of our inherent right to self-govern ourselves, our lands, and our resources. Johnson has never been overturned, nor reversed.

But suddenly, in 2020, the Court said “yes” to the Muscogee (Creek) Nation and “no” to Oklahoma. Yes, the Muscogee (Creek) Nation may exercise jurisdiction over a crime committed within its borders. And no, the State of Oklahoma does not have jurisdiction over a crime committed by a citizen of the Muscgoee (Creek) Nation on the Creek Nation’s lands. Saying “yes” to a Tribal Nation seeking to exercise jurisdiction over its lands and own citizens shouldn’t be a radical notion, and yet somehow in the United States it is. Because of the Supreme Court’s 1978 decision in Oliphant, Tribal Nations today are the only governments in America who cannot arrest or prosecute someone who commits crimes within their own borders. 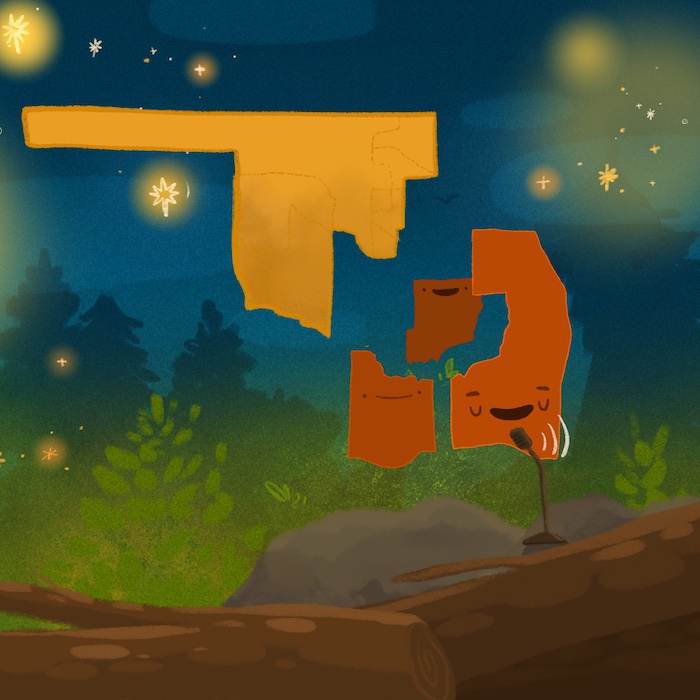 And while Justice Gorsuch’s majority opinion did not discuss, address, or directly overturn the Court’s 1823 decision in Johnson v. M’Intosh, it might as well have. In 1823, the Court concluded that tribal nations cannot claim legal title to their lands because “[t]o leave [tribal nations] in possession of their country, [i]s to leave the country a wilderness.” In McGirt, the Court did not evaluate whether the Muscogee (Creek) Nation would sufficiently commodify or commercially exploit its reservation lands. Instead of evaluating how or whether a tribal nation would sufficiently utilize land as a capitalist commodity, the Supreme Court began and ended its analysis with the promise the United States made to the Muscogee (Creek) Nation in a treaty.

This affirmation of sovereignty has won the praise of tribal leaders as well as advocates for Native women who have survived domestic violence—advocates who saw clearly how the Court’s decision in McGirt will increase safety for those who live within the borders of the Muscogee (Creek) Nation’s Reservation, as well as on tribal lands across the United States. But for those who wish to diminish tribal sovereignty in order to commodify and commercially exploit tribal lands, the decision in McGirt has sounded an alarm.

In response to this incredible affirmation of the sovereignty of the Muscogee (Creek) Nation, Oklahoma Governor Kevin Stitt created The Oklahoma Commission on Cooperative Sovereignty, a commission that does not include a single leader from any one of Oklahoma’s thirty-nine federally recognized tribes. Instead, the commission is comprised entirely of oil and business executives, many of whom have fought the Indian Child Welfare Act, which protects the inherent sovereign right of Tribal Nations to adjudicate adoptive and foster placements of their young citizens, and supported the Dakota Access Pipeline, which destroyed the sacred sites and burial grounds and imperiled the drinking water supply of the Standing Rock Sioux Tribe. While the Commission contains multiple billionaires and millionaires, it does not contain a single Native person, or anyone who understands the connection between tribal sovereignty and the safety of Native women.

At this very moment, Oklahoma Senators Inhofe and Lankford, both Republicans, are asking for input from corporate entities to determine what kind of legislation Congress should pass to ensure the McGirt decision does not prevent companies from commercially exploiting Muscogee (Creek) Nation lands.

There are bone-chilling historical parallels for tribal nations here. Just seven years after the Johnson Court declared that “[c]onquest gives a title [to the Conqueror] which the Courts of the conqueror cannot deny,” Congress passed the Indian Removal Act, resulting in many Trails of Tears. Now, two hundred years later, Justice Gorsuch has upheld the promise that once lay at the end of the Muscogee (Creek) Nation’s Trail.

Governor Stitt, his friends in Congress, and a handful of billionaires are hoping to, once again, eradicate the tribal sovereignty that the Supreme Court just upheld. These present-day colonists–the inheritors of Andrew Jackson’s bloody legacy–want nothing less than their own Indian Removal Act.

The United States will never be able to tackle the crises of climate change and systemic violence until the commercial interests of billionaires no longer trump the inherent sovereignty of tribal nations or the will of the courts. McGirt signals that day may be here. But, that will depend on what happens next in Congress.

Mary Kathryn Nagle is an enrolled citizen of the Cherokee Nation and playwright. In 2019, her play Sovereignty was produced at Marin Theatre Company, and the Yale Repertory Theatre produced Manahatta in 2020. She served as the first Executive Director of the Yale Indigenous Performing Arts Program from 2015 to 2019. Nagle is also a partner at Pipestem Law, P.C., where she works to protect tribal sovereignty and the inherent right of Indian Nations to protect their women and children from domestic violence and sexual assault.