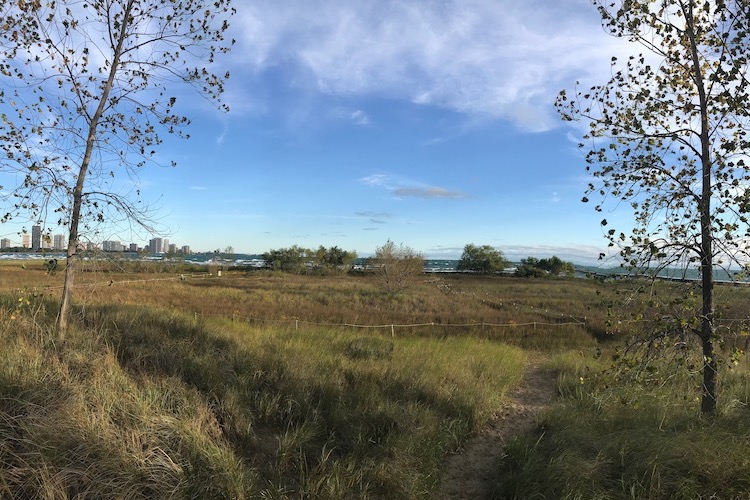 It’s the second week of October, and I’m standing atop a towering sand dune in Michigan’s Silver Lake State Park. Everything around me is sand—“It’s like the Sahara Desert,” I was told before coming here—other than a bare, distant cottonwood. The constant wind is leaving ripples on the dunes like those on an ocean floor, and the bright blue sky contrasts clearly with my mostly whitish surroundings. A Bald Eagle glides past at eye level, riding a thermal up from Lake Michigan.

There isn’t much in the way of life on the sand itself. But a few months ago, a Piping Plover pair tried to nest here, as they have the past several years. YOGi and BYL, as they are known, presumably lost their eggs in the sand during a rough June storm. As I walk with Sarina Haasken of the Great Lakes Piping Plover Recovery Effort, she calls out. There on the Saharan sands of Silver Lake are two plover eggs, just a little bigger than those of a robin. The eggs are intact though it’s been far too long for them to be viable. Sarina collects them anyway so she can add to the recovery team’s plover egg specimens. 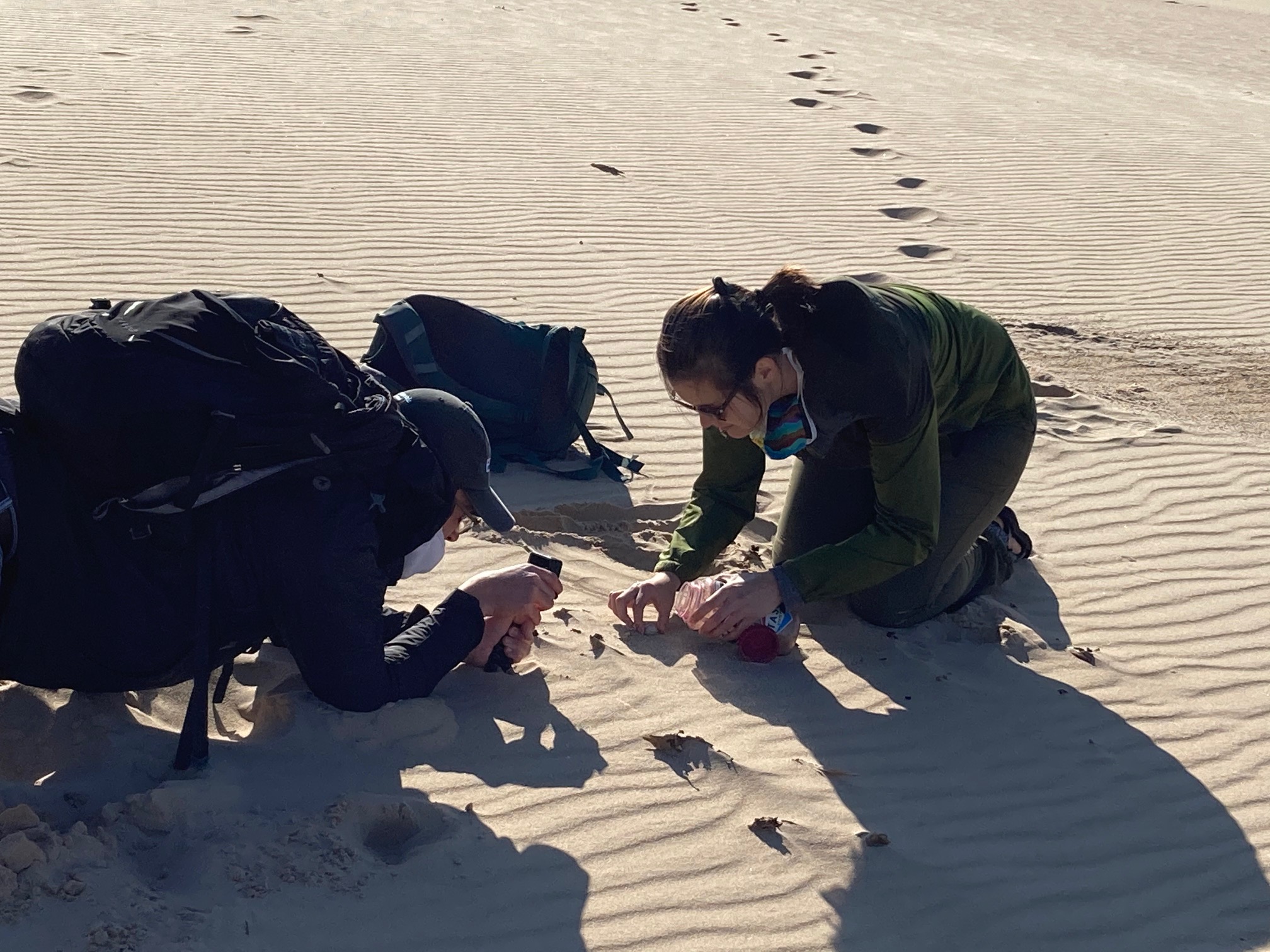 In May of 2019, a pair of Piping Plovers began showing nesting behavior at Chicago’s Montrose Beach. To say this was a surprise would be an understatement. Even one migrant Piping Plover stopping at Montrose is a big deal—there are only 70 or so pairs of the birds remaining on the Great Lakes and none have nested in Chicago since 1955. But when two were hanging around the beach into late May, area birders and other observers knew something might be up.

Montrose is the largest beach in Chicago and an internationally known stopover point for migrating shorebirds. Until the late 1990s, it was mostly open sand. But when the plant lakeshore rush began to take hold on the beach’s eastern end, it caught the attention of naturalist Leslie Borns, who informed the Chicago Park District and advocated for protection of the area. More and more flora started colonizing the open beach, including several state-listed species, and a globally rare panne wetland began to form between the low sand dunes. Borns eventually became site steward for the area and she and a corps of steadfast volunteers ensured the protection of native grasses, rushes, sedges, and forbs. The dunes comprise 14 acres of a high-quality Great Lakes dune/swale ecosystem right on the edge of a metropolis.

Enter two Piping Plovers showing courtship behavior just outside the dunes, on the open beach. If you know anything about plover nests, you’ll appreciate that this posed a number of concerns. Plover “nests” are really just slight depressions in the sand. Any prospective eggs would be terribly vulnerable at a busy urban beach like Montrose, especially outside the fencing of the protected dune area. That didn’t stop a group of birders led by Tamima Itani, though, who quickly mobilized and established a circle around the nest during daylight hours until some semblance of a barrier could be erected by wildlife officials. 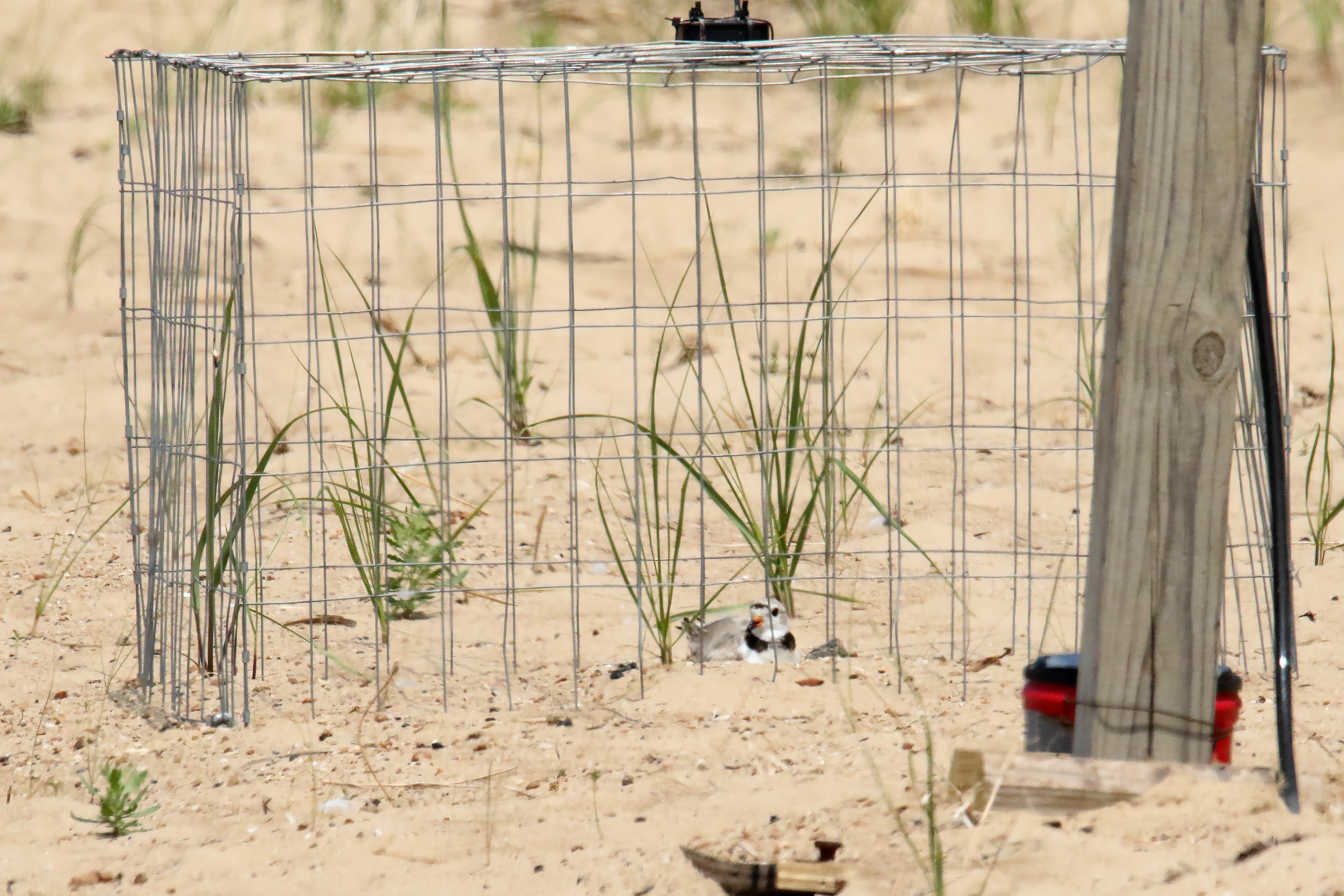 The next few months became the stuff of legend for local birders and really anyone even slightly into nature in Chicago. “Monty” and “Rose,” as they became known, seemed to thrive with the help of volunteers. Their first nest didn’t make it—it was washed out in a powerful June thunderstorm—but their second nest, which was much higher up on the beach and next to the protected dune area, was a success. An ill-conceived music festival, slated to be held at the beach directly adjacent to the nesting area, only added to the legend and helped propel the plovers to greater stardom. (The festival eventually was cancelled, but only when high water levels persisted on the beach.)

Against some fairly significant odds, three chicks hatched, and two made it to fledging. Along the way, they survived 4thof July fireworks, the occasional stray volleyball, and interactions with a number of predators, including coyotes, dogs, gulls, and herons. As often is the case, reality was stranger than any fictional narrative could ever be.

I was present to witness much of Monty’s and Rose’s nesting efforts, first as a volunteer monitor, but also as someone documenting their story. I began filming the birds in early June, without having any sense of what the outcome of their story would be. My film about the experience, “Monty and Rose,” made its debut at Chicago’s Music Box Theatre last year and then aired on our local PBS station. Monty and Rose came back this year and nested on a beach left vacant by the COVID-19 pandemic. The details of that story will be featured in a second film, but, without giving away spoilers, I can say the plovers enjoyed even greater success in Chicago in 2020.

It was at Silver Lake that Monty hatched high up on those Saharan sands in the summer of 2017 (we know this because he was banded as a chick) to parents YOGi and BYL, the same birds whose eggs Sarina found this year. Rose came from nearby Muskegon, also born in 2017. I went to Silver Lake to discover how the Monty and Rose story started and how the Chicago chapter fit into it.

In some ways, Chicago is a Great Lakes city, yet its identity is tied to a variety of things besides the lake. Sure, we love Lake Michigan, but we don’t think of Chicago quite as a Lake Michigan town in the way someone from Muskegon thinks of Muskegon as a Lake Michigan town. Part of this may be due to the sheer size of the metropolis, its gritty urban areas, brawny skyscrapers, and a multitude of other well-known attributes, from cultural institutions to politics, socioeconomic issues, cinematic depictions, and more. 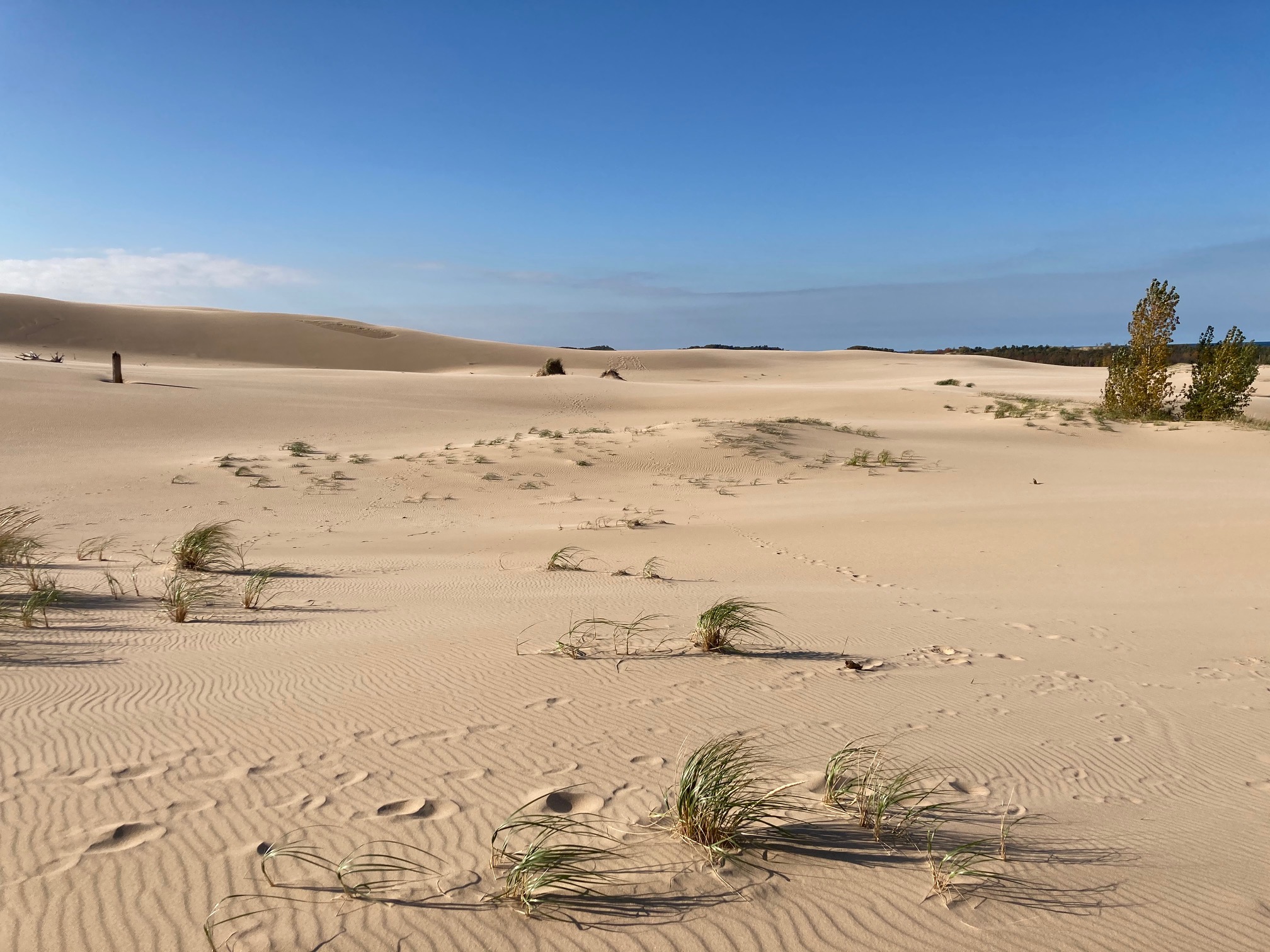 The high-quality dune area at Montrose provides a sanctuary for interesting flora and fauna, but it also provides us local context for our place on the Great Lakes and our role in the Lake Michigan ecosystem. This one parcel of land on the lakefront—and the story of two individual plovers—have offered a window for many people to become curious about these larger relationships that the city shares with its lakeshore. Over the past two years, casual park visitors have become birders and staunch defenders of the natural space at Montrose. As each chapter of Monty and Rose’s story unfolds, it provides us with an opportunity to inform others of the pressing issues facing piping plovers and an even greater understanding and deeper connection with the region and the world around us.

Bob Dolgan is a writer, consultant, and filmmaker based in Chicago. Bob is a Board Member of Chicago Ornithological Society and a lifelong birder. He’s the founder of Turnstone Strategies and writes a weekly newsletter, “This Week in Birding.” You can support the “Monty and Rose” film project by clicking here: www.montyandrose.net.