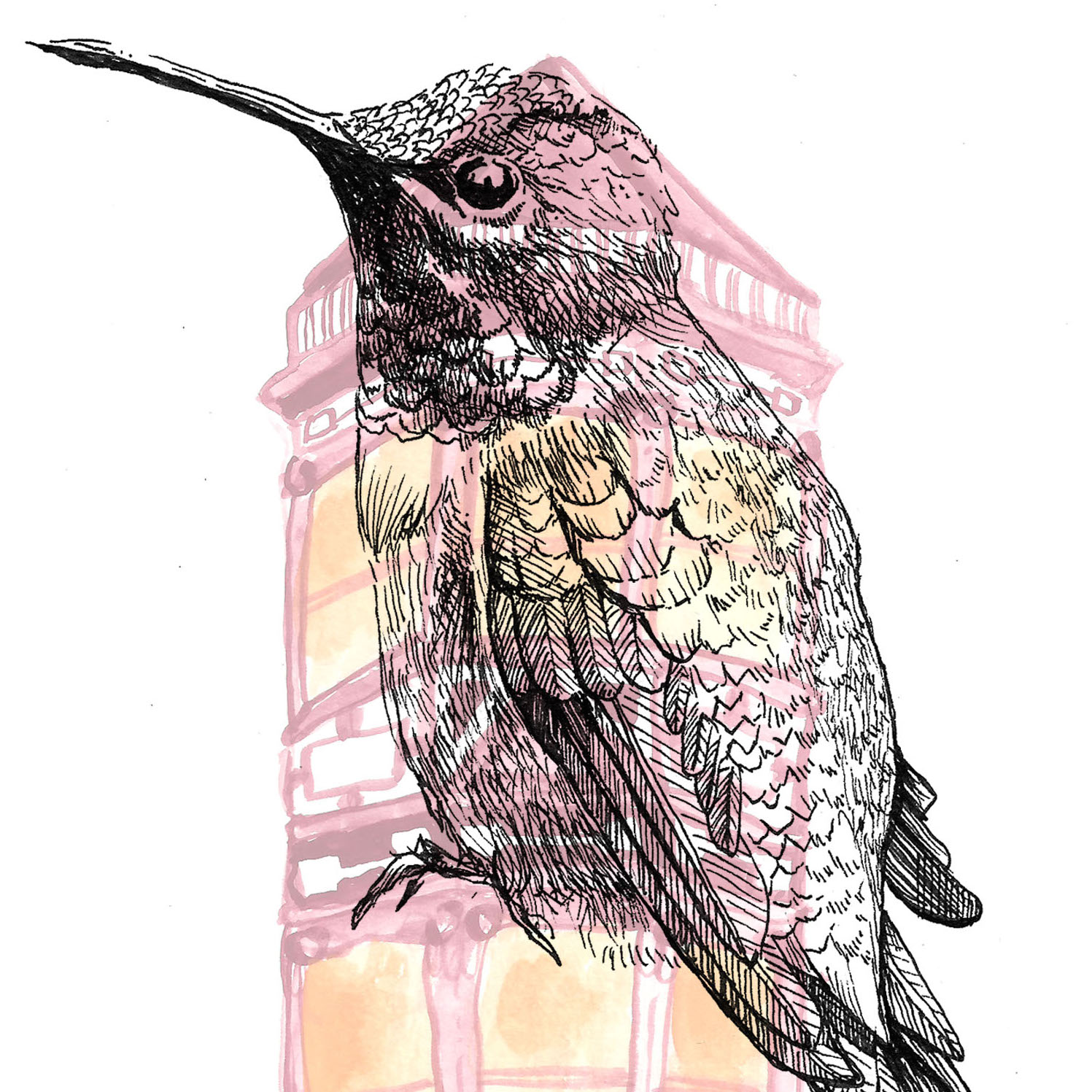 I used to think that I needed to escape the city to experience nature. To me, the city of Chicago was a vast, looming mass of industry where one had to search through a steel maze to catch a glimpse of sunlight at any hour that wasn’t noon. I grew up in the southwest suburbs of Chicago, a place rich in protected forest and wildlife preserves. After living, working, and going to school in Chicago for the past four years, the environment in which I grew up and the environment in which I now live became two separate entities in my mind. This led to a general feeling of unease and anxiety in my life. I began to go though a list of “if onlys”—if only there were more trees, more plants, more wildlife. This list soon led to my art.

Flora and fauna have always inspired my work. I tend to reach toward subject matter that features the beauty and life of the natural world. For a while, I felt that my presence in such an industrial and urban area combated my creative process. I didn’t understand how I could align my artistic passion with a place that felt so void of things I held dear. As I began to think more and more about what inspired me, I realized I didn’t know much about wildlife at all. I loved to run through forest preserves, yet I didn’t know what was going on within these vast ecosystems.

This got me thinking—compared to the little I knew about wildlife in Chicago’s suburbs, I knew close to nothing about the wildlife existing in the city of Chicago. Driven by a desire for knowledge about the life beyond the concrete streets that seemed to trap me, I began to research. The life I found, however, was not beyond but rather within and a part of the streets of Chicago.

My research on Chicago’s urban wildlife led me to the Urban Wildlife Institute at Lincoln Park Zoo and a conversation with two experts on urban wildlife, Mason Fidino and Dr. Seth Magle. Blown away by their knowledge, I developed a series of artwork inspired by the intersection of city and wildlife titled “Urban Birds.” It has been so exciting to learn that what I once perceived as a desolate city actually brims with wildlife. This wildlife not only survives but also thrives. Coyotes, Red Foxes, Peregrine Falcons and Black-Crowned Night Herons—a state endangered species whose largest colony can be found at the Lincoln Park Zoo Boardwalk—all comprise our shared urban ecosystem. This biodiversity now excites and inspires me. I’m intrigued by the ways that human life and wildlife interact in urban settings and how we (as citizens of Chicago) have the power to positively shape our city’s life and greenspace.

All images created by Keara McGraw. You can find more of Keara's work at http://www.kearamcgrawcreative.com

Keara McGraw is a Chicago-based illustrator and handpoke tattooist working out of a private studio in Humboldt Park. Her artistic practice centers around seeking healing, reclaiming memory, and living with mental illness. Find her work at kearamcgrawcreative.com.