Are we part of nature or separate from it? How we answer this question of course depends entirely on what we mean by “nature.”

In its largest sense, the term “nature” encompasses everything that falls under the laws of physics. It is the realm of the purely physical as opposed to that of the supernatural. From this point of view, we are clearly part of nature and everything we do is perfectly natural. But, equally clearly, it is as natural, in this sense, for life on Earth to be totally obliterated as it is for it to flourish abundantly. Nature so understood then is not the nature about which environmentalists are concerned.

At the other end of the spectrum of meanings lies the dualistic view of nature which has shaped the Western tradition and which undergirds modern civilization. From this perspective, we humans are set apart from and above nature by virtue of our unique mental faculties, such as intellect or reason. Though humanity may have evolved from lower forms of life, our unique form of mentality elevates us above mere nature, enabling and entitling us to use it as we see fit. This dualistic view, which opposes us to nature and gives us moral dominion over it, is clearly the view which most environmentalists wish to overturn, replacing it with an “environmental ethic” that morally requires us to respect and protect nature.

So what is nature in an environmental sense?

To answer this question turns out to be tricky. If we define nature in biological terms, as the sum of all life-systems on Earth, then obviously humans are indeed part of nature, but this does not mandate an environmental ethic. For if we humans chose to engineer the biosphere, radically modifying it for exclusive human use while in the process wiping out the majority of other-than-human species and recruiting the rest to our own service, then the sum of life at the end might be as great as at the beginning. The only difference would be that the resulting biomass would be mainly human. Nature, in the sense of the sum of life, would not thereby have been diminished. But our moral goal, as environmentalists, would certainly not have been achieved.

So it seems we are, as environmentalists, inevitably driven towards a definition of “nature” as the rest of life on Earth—the realm of other-than-human components of the biosphere. It is other-than-human species, beings, communities—trees and grasses, fungi, animals, wetlands, forests, and so on—that we are seeking to protect.

But to understand nature in this sense and then to declare that we are morally required to acknowledge its entitlement to its own existence—generally on the grounds that we are not superior to it, inasmuch as it actually shares the mental properties that dualists attribute exclusively to humans—may be asking too much. For it suggests that as humans we should assume a minimalist, hands-off position with respect to trees, grasses, ecosystems, etc., leaving them as far as possible to their own devices. Were we genuinely to embrace such an ethic, we would surely be obliged to cut back our human population by orders of magnitude and minimize our cultural and technological agency, restricting ourselves to something like the lifestyle of our primitive hominid ancestors. Whatever the moral merits of such a minimalist conclusion, it has no hope whatsoever of being accepted by contemporary modern societies.

To avoid this conclusion, we need to again review what we mean by “nature.”  It might turn out to be more philosophically constructive to interpret nature not externally, as consisting of certain kinds of entities—trees, grasses, ecosystems, etc.—but rather internally, in terms of certain indwelling principles, specifically those that are discernible in the behavior of undisturbed organisms and ecosystems. These are the principles—I shall identify them in a moment—that produce the patterns of regenerativity that we associate with life. We can choose to follow these principles in our own behavior as well as observe them in the behavior of other-than-human systems. And we can short-circuit them in other-than-human systems just as we can choose to deviate from them ourselves. Nature would thus consist, from this perspective, not in a class of entities “out there,” but in a pattern of unfolding, which we can suppress or allow in either ourselves or other-than-human beings.

The principles I have in mind here may be identified as (i) the principle of conativity and (ii) that of least resistance.

By conativity, I mean the impulse that causes all living things to preserve and increase their own existence. It is only by virtue of this drive towards self-existence that living things count as living at all. But in nature this drive is qualified by the principle of least resistance: Organisms which conserve their energy by adapting their ends as far as possible to the ends of the organisms surrounding them will be naturally selected over organisms which needlessly provoke resistance and competition from others. In China, this principle of adapting one’s ends to the ends of others and in the process letting the efforts of others carry one towards one’s own destination is called wu wei. Wu wei translates as inaction, but inaction may be understood not as passivity but as this very process of accommodation and adaptation to the ends of others.[1] Wu wei enables one to conserve one’s own energy by desiring what simultaneously serves the desires of others, rather than pitting oneself against them. 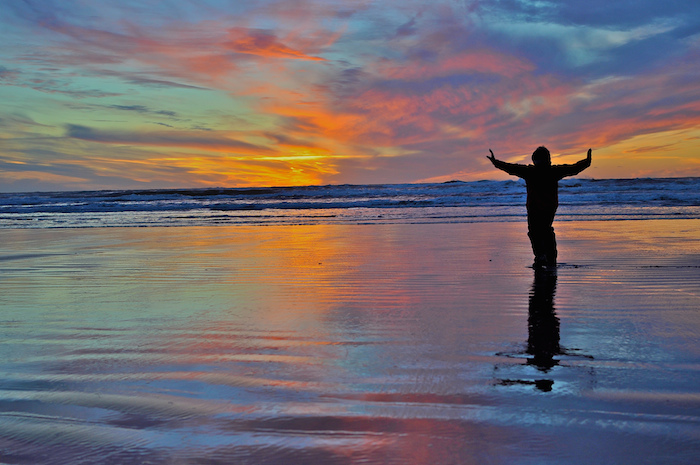 In the biosphere, the behavior of most species broadly follows the principle of least resistance because this is the strategy that, being energy-conserving, logically results from natural selection. Conflict, competition and predation do of course still occur in nature. Where the interests of particular species or individuals cannot achieve synergy with those of others, conflict will result. But such conflict will always entail an energy-cost for the species or individuals in question, and modes of conflict themselves will in turn be shaped by the principle of least resistance (by analogy with martial arts, in which the practitioner learns to conserve his own energy while turning the force used by opponents back against them). At the end of the day, the imperative to desire what others need one to desire will be what ensures that every living thing, in seeking its own self-existence, at the same time perpetuates the larger system.

Here in Australia, for example, Bettongs (tiny macropods) desire truffles, and in the process of digging for them aerate woodland soils and improve conditions for seed germination, thereby helping to assure the future of the woodlands on which Bettongs themselves depend. In this sense, the principle of accommodating others by adapting one’s own desires to their ends assures the ongoing regeneration of life.

As humans, we have been released from the evolutionary logic of least resistance. Historically, we have substituted external sources of power, such as slavery or, more recently, fossil fuels, for the energy available to us from our own bodies. This has enabled us—unlike other species who seek to pit themselves against others but suffer exhaustion and selective disadvantage as a result—to impose ourselves on our environment with impunity. Moreover, through our highly developed reflexivity (our capacity to reflect on and hence change our behavior) we can also substitute arbitrary, culturally mediated ends for the ends imprinted in us through evolution. So, for example, instead of desiring sweet fruits that we may have been naturally selected to crave because in consuming them we dispersed their seeds, we may now desire ice cream, where consuming ice cream in no way serves the interests of other species. We have indeed largely stopped desiring what earth-others need us to desire, and we have gotten away with this. And perhaps we can continue to get away with it, replacing the biosphere with techno-engineered systems designed to serve human interests exclusively.

But it always remains open to us, through our capacity for reflexivity, to review and revise our desires, to align them anew with what our earth kin need us to want. To do so would be to reinstate nature within ourselves—with our conscious assent, yes, but with the same outcome as biological evolution: the ongoing renewal and regeneration of life.

As a normative principle, least resistance, this idea of wu wei, does not minimize the expression of human potential. It can serve as a design principle for technology at any level of sophistication as well as a principle of both governance and personal conduct. It can provide the basis, technologically, socially and spiritually speaking, for a rich and refined civilization, as it (partly) did in China, at least until the twentieth century.

Nature, then, from the present point of view, is not to be seen in terms of a boundary within which or outside of which humans might fall, but a normative principle of accommodation to the needs of all earth-others, where this broadly equates to the Law that is core to Aboriginal cultures here in Australia and that Aboriginal people read from the land itself.[2] It is a Law we can all choose, at any moment, to uphold or not.

A collection of resources from the Center for Humans and Nature.
Related Book

Edited by Gavin Van Horn and John Hausdoerffer
What does Earth ask of us?