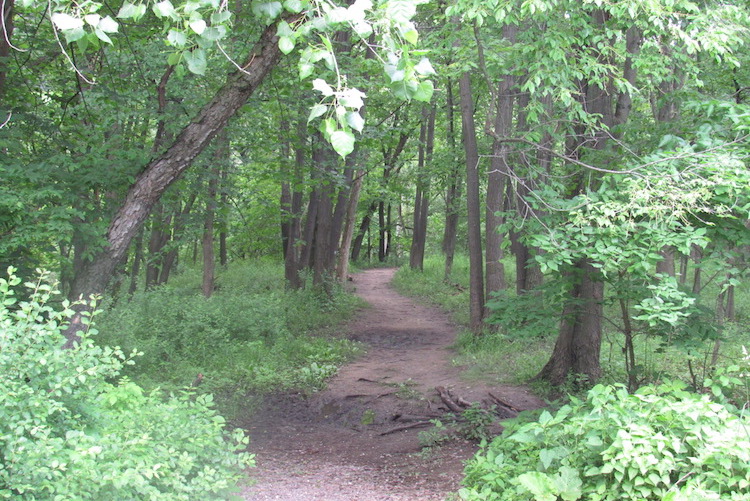 For Mother’s Day, I celebrate by going into the woods with Zachary.

My younger son has never been attuned to the day-to-day cycles of school and work that drive most. He is attuned instead to whatever green patch of nature he can find. So I didn't hesitate when he asked me a few years ago: “What do you want to do for Mother’s Day, Mom?”

I wanted to meet my nature boy in nature. I wanted to know the stories he had gathered over the years of wandering the Cook County Forest Preserves. And that is how our Mother’s Day ritual started. My older boy, Bryant, and I, join my younger son Zach every year, and we head out to see what we can see.

It’s not as simple as you might think. Zach sees and knows things in nature that come from years of observation. And he doesn’t understand that we, like most, don’t have the same gift.

So Bryant and I accompany Zach and must keep asking him seemingly silly, basic questions: “What’s over there?” I say as I point to a place a hundred yards away. To me, it’s a stand of trees, some alive and some dead, with green plants all around. But Zach knows we must stay clear of it.

“Behind that log—a group of deer sleep there,” he tells us. And sure enough, when I look through the binoculars—and I have to really look—I see the tops of a few little heads blending in with the quiet forest.

Last year, Zach pointed up to a tree, and I was puzzled. I kept looking and finally I saw it—the leg of a sleeping raccoon sticking out of a knot hole in the tree about 20 feet up from the ground. 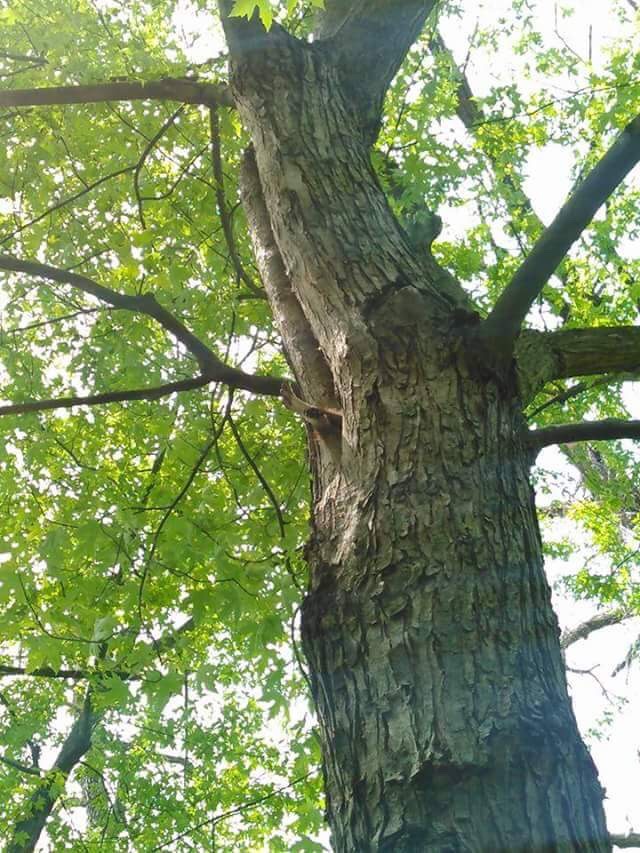 I laughed—something Zach knew not to do—and woke up the raccoon, who pulled his leg back in.

When we lived in Oak Park, Zach would guide us on the Des Plaines River Trail. But in the last five years, we’ve been living in Edgebrook, just steps away from the North Branch Trail. Zach wanders there at least once a week. He knows the forest, what to look for, and, of course, where the turtle pond is, just off the Chicago River in Linne Woods. And he knows where you can find the largest leeches.

Zach, 25, a young artist, was raised in the city. But he has always seen past the concrete, steel and brick to the natural world surrounding us. At 6-foot-2 with large muscles, Zach could be a huge source of destruction if he wanted to be. Yet this gentle giant walks lightly, and often barefoot, through life, observing, mentally recording and finding ways to help nature.

I was blind to this until he was about 5. We were driving down a sidestreet near West Suburban Hospital in Oak Park. The little boy, with his face glued to the window, suddenly said, “Stop. Stop. Stop, Mommy, pull the car over!”

I did so immediately, thinking there was an emergency. Zach opened the door, jumped out of his car seat and quietly walked to a small overgrown patch of grass surrounding a fire hydrant. As Bryant and I approached, Zach pointed deep into the grass.

There was a large and beautiful cicada—one of the first of the season—enjoying the sun. Mind you, it would have been hard to find this creature if you were walking past it. But my son saw it as we drove by at 25 miles an hour.

Zach didn’t say anything. He didn’t want to disturb the cicada. He just wanted to look and admire. Then he turned around toward the car and got in, leaving his brother and me to follow, our mouths hanging open.

“He just belongs in nature,” said his brother, Bryant, a musician. “His passion comes to him so naturally he doesn’t realize he’s a virtuoso. And he just has this insane amount of patience. He’ll tell a story about a turtle and, as he is telling it, you realize he had to be watching the turtle for somewhere near two hours to know that.”

Or as Zach puts it: “To me, it’s always fun to see how other things are living—any animal. Insects are a great example of seeing something living around us that is wild. You’ve never heard of a tame insect, right? And they can’t always fly away from you or run too far. So if you're quiet and calm, you’re lucky enough to watch and see them do what they do.”

Zach has a particular fascination with crows and their skills as problem solvers. But he doesn’t play favorites. His sense of wonder and curiosity extends to nearly every animal he discovers in the city.

It’s harder to carve out the time these days as he juggles his work and his art. But truth is my boy is not truly happy unless he takes time to wander barefoot in the woods. He breathes better when he does.

Often he has brought back treasures: skulls, snake skins, fallen nests. When he took Field Biology at Wilbur Wright College from Kurt Leslie, he received extra credit for all the things he brought into class—such as a mummified snapping turtle, which he donated to the department. But he knows where to draw the line. “I saw an eagle skull once and I knew better than to even touch it,” he once told me. “Anything having to do with eagles is protected by federal law.”

Zach’s field biology class taught him how to cut down invasive buckthorn, test water quality and help clean the ponds and rivers, among so many other things—and Bryant and I have benefitted from all his class studies, as well as his continued independent studies and his lifelong observations.

Of course, one of the reasons I wanted to go on that first walk with Zach was not only to learn, but because I was a little bit afraid, too. I worry about my Zach, just as I worry about all my children. Will he find his way through the woods? Will he be safe? If he is wandering alone, who will guide him?

But after that first walk, I was lucky enough to see the play Into The Woods. And in the theater, I found myself crying and thinking of my Zach as I listened to Stephen Sondheim’s song “You Are Not Alone:”

No one here to guide you

No one is alone, truly

No one is alone

Halfway through the wood

Others may deceive you

This is the gift I get from being a mother and now, also, a stepmom to young people growing and grown. These people—whose lives I am part of— think and move in different ways. And I am lucky enough to get to learn from them.

Zach has brought me into the woods and taught me that we are not alone. He has taught me, especially, to appreciate the presence of nature in my city life—and to see all the stories around me, to examine the footprints and pawprints that are right in front of me if I look.

As parents, we are often called the first teachers of our children. But in reality, if we let them, our children are the best teachers we will ever have.

And that is why I go into the woods with Zach.

Susy Schultz is a journalist and digital strategist who runs a nonprofit, Public Narrative, at Columbia College Chicago, where she teaches storytelling to journalists and people who work in nonprofits. She’s been telling stories for more than twenty years via newspapers, magazines, and online platforms.