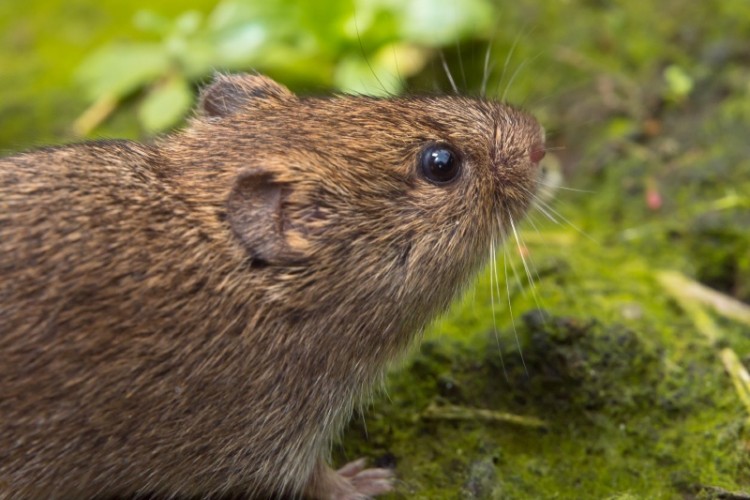 Is nature better off if we leave it alone? Or should we be good stewards? Does ecological restoration involve too much meddling and coddling? Before I hazard my answer, let me lay out the full list of pamperings that we conservationists have performed for the white-fringed prairie orchid and its Somme Prairie Grove habitat, a 90-acre preserve in Northbrook, Illinois:

Who does all this? Partly the staffs of various agencies. But mostly rare, dedicated volunteers, who find each other and this mission … because this is Chicago and a lot of people live here.

At Somme, after three fun decades of trial and error, we’ve seen a spectacular resurgence of prairie white-fringed orchids in the past five years. This endangered species is now gone where we first found and gathered those seeds. It would surely have been lost here too were it not for the caring attention of restoration volunteers. To me, as a witness and participant, the “coddling” was worth it.

The need for us as stewards in the ecosystem becomes all the clearer through one unexpected character in the story. Enter, the meadow vole.

Voles seem harmless, even sweet. They look like hamsters or gerbils. Often when out with volunteer groups I catch one as we roust them while cutting brush. (I grab it in my leather work-gloved hand, because the cutie-pie will give you a vicious bite otherwise.) I carry the little furry-kins from person to person as “show-and-tell.”  One by one, each of the day’s volunteers does some version of “Oooooooh… it’s so cute!” Voles are so common as to comprise the major food of a long list of grassland animals including the coyote, red fox, ermine, least weasel, red-tailed hawk, harrier, short-eared owl, fox snake, and many more. Indeed, for their role in so many diets they’ve been called the hamburger of the prairie.

Unfortunately for us and for the orchid, they make themselves so common by eating impressive amounts of vegetation. I have seen prairies after a burn where their tell-tale piles of five-inch stalks litter every square foot. Here is the voles’ M.O. Trying to avoid predators, they stay under the thatch and harvest seed surreptitiously. From inside their grassy tunnels, they reach up and bite off a big bluestem stalk. Then they pull it down one vole’s length, bite it off again, and pull down another five inches. They do this again and again until they get the seeds down where they can have their way with them.

We wish it were only grass they thus transform to pick-up-sticks, but as we looked for missing orchids, we began to find those same little lengths of orchid stems inside the cages that had protected the orchids from the deer. Grrrrrrrrr. So we invented a small-mesh metal, open-topped sleeve to put around the stem. Voles won’t climb even eight inches up, so our cylindric-wire prophylactics do the trick.

There’s more to the vole story. These busy critters have something to teach us about morals and sexual fidelity. Locally we have two species—the meadow vole and the prairie vole. They look nearly identical, but behaviorally they’re as different as 1960s Hippies from today’s Tea Partiers.

The commoner species, meadow voles, are liberated “free-lovers.” Anything goes; no couples form; they defend no territories. Prairie voles start out similarly tolerant, but a profound transformation happens the first time they mate. Initial sexual intercourse somehow flicks a switch in both partners, and they change utterly. They bond for life. Males immediately start to defend a territory for the family. Both feed the pups. If one dies, the other never re-marries. “Till death do us part” isn’t good enough; even death doesn’t break the bond. The change is mediated by chemicals—oxytocin in the male and vasopressin hormones in the female. We humans have the same chemicals, but they don’t work so unconditionally in us.

No person—neither chemist nor poet—can pretend to understand how love works, whether the kind of love we have for some person, or love for the good, or for a needy orchid for that matter. But for us as humans, the phenomenon is clearly more complex than one chemical event that switches it off and on.

Many of us stewards have come to love the animals and plants of nature. An ancient richness and diversity that passeth understanding increasingly flowers (and sings) where good stewards have re-inhabited Chicago’s wild lands. We rejoice as we see returning and increasing blue-spotted salamanders, gentians, Aphrodite butterflies, and hundreds of other species of now-rare and always-precious plants and animals.

Why do some of us devote ourselves to rare orchids, woodcocks, and mushrooms? I suspect it’s the same reason we help a needy child, or create art. Requited love and generosity make the best feelings on the planet. Is there some chemical for that?

Stephen Packard is the "conservation entrepreneur" behind the Volunteer Stewardship Network, Mighty Acorns, Chicago Wilderness, Wild Things, and other initiatives. He blogs at http://woodsandprairie.blogspot.com and http://vestalgrove.blogspot.com/