“Even a dog distinguishes between being stumbled over and being kicked,” Justice Oliver Wendell Holmes said in The Common Law.[1] Humans also think that unintentional harm is not immoral in the same way or to the same degree as intentional harm. This distinction has been built into moral theories since Augustine and Aquinas introduced the doctrine of double effect, according to which it is morally worse to harm someone intentionally than to harm someone accidentally or as a known but unintended side effect. This doctrine has affected medical policies regarding euthanasia by the American Medical Association. It has shaped military policy, such as Carter’s Presidential Directive 59. This basic moral intuition that intentional harming is especially immoral is shared by over 120 countries.[2] It has a neural basis that brain scientists can manipulate with magnets.[3] It has an evolutionary explanation: our ancestors lived in small groups where neighbors with bad intentions posed a tremendous threat. All of this evidence suggests that the nature of humans (and perhaps not only humans, as Holmes pointed out) is deeply committed to the moral importance of intentions.

Nonetheless, we need to ask whether this leftover from our evolutionary past remains useful today or whether it has become harmful in new circumstances. Here I will give just three quick simplified examples to suggest that the emphasis on intentions over consequences causes big trouble in the modern world.

First, consider global warming. People who buy gas-guzzling sports cars or modern-day muscle cars that they do not need but still want do not intend to hurt anyone. They just want to have fun. Their choice still does cause harm to future generations by fueling (so to speak) global warming. Drivers of these vehicles should know about these consequences, because the potentially catastrophic effects of global warming have been widely publicized. However, such drivers seem to think that they are not doing anything immoral, largely, or at least partly, because what counts morally is their intentions rather than (or more than) the foreseeable consequences of their actions. Of course, defenders of the doctrine of double effect can respond that intentions are not all that matter morally, so foreseeable consequences do matter somewhat. However, the repeated refrain that intentions are central in all cases and essential to the worst acts leads some to disregard equally bad consequences that are known but not intended. 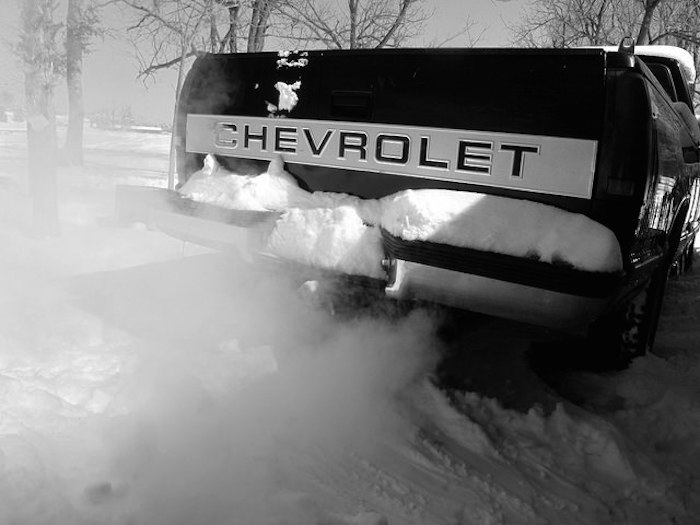 Second, consider the case of Oscar Pistorius, assuming that he shot his girlfriend by mistake. More generally, is there anything morally wrong with keeping guns and ammunition in a home where others, perhaps children, also live? Such gun owners claim that they need their guns for protection against burglars and others who mean them harm. In contrast with lawbreakers, these gun owners do not intend to hurt anyone other than criminals. Indeed, they really just want to scare away criminals and be left alone. Opponents respond that they are putting other people, including their own children, at risk of being shot accidentally or by mistake. Of course, there are many controversies over the level of these risks, but sad news stories make most people aware that there is some risk—and probably significant risk—of accidental or mistaken shootings. Then, if we judge such gun owners by the foreseeable consequences, their acts are morally questionable at best. However, if we judge them by their intentions, they are totally blameless. These security-concerned gun owners might be negligent in some cases, but their only intended goal is safety. The problem is that this way of thinking leads to many accidental and mistaken shootings.

For the third example, let’s visit the Middle East. Israel argues that Hamas acts immorally (as well as illegally) when it targets Israel’s cities, whereas Israel does not do any wrong when it retaliates. Israel’s hands are supposed to be clean because it has the right to defend itself and never targets civilians in retaliation. Israel’s intentions are pure, whereas Hamas intends evil. Yet, the missiles that Hamas has shot at Israel have actually killed only a very small number of Israeli civilians (reportedly only three [4]), largely because Israeli defenses are so effective. In contrast, Israeli military retaliations have caused a much, much greater loss of life among civilians in the Gaza Strip. Thousands have been killed or seriously and permanently injured, and the Israeli military knew that these harms would occur when they fired. Nonetheless, Israel denies doing anything morally wrong, because their intentions were pure. Again, the emphasis on intentions leads them and their supporters to dismiss the known harmful consequences of their actions as morally justified or even irrelevant, despite widespread criticism from the international community.

The common pattern in these cases is shared by many more examples and teaches important lessons about the modern world, human nature, and morality. Back in the days of our hunter-gatherer ancestors, it made sense to worry primarily about the intentions of neighbors, because the main danger to each person was intentional harm. People were less likely to kill their neighbors by accident or mistake because they knew their neighbors and were separated from their enemies by more space than an arrow could shoot. However, the technological advances of the modern world make it much easier to kill people by accident or mistake or by known-but-unintended side effects. These unintentional harms can be caused by sports cars, guns, and missiles—as in the examples above—but also by car accidents, toxic spills, fatty foods, and so on. These modern inventions are not intended to harm anyone, but they can be deadly, and everyone knows or should know how dangerous they are.

The world has changed. Our morality needs to keep up. We need to pay more attention to known but unintended consequences and risks. We need to stop allowing the excuse that “I didn’t mean to hurt anyone” (as children often announce). We need to pay more attention to negligence and recklessness. These changes will not come easily, because the emphasis on intentions is so deeply built into human nature. Still, we need to reorient our moral thinking in order to adjust to the modern world that we inhabit today.

Walter Sinnott-Armstrong is Chauncey Stillman Professor of Practical Ethics in the Philosophy Department and the Kenan Institute for Ethics at Duke University as well as core faculty in the Duke Institute for Brain Sciences. He publishes widely in normative moral theory, meta-ethics, applied ethics, moral psychology and neuroscience, philosophy of law, epistemology, informal logic, and philosophy of religion.

Frances Moore Lappé Growing Up as a Species: Accepting the Worst, Realizing the Best