The laws of motion are truths about the universe that we can penetrate with the tools of science. The relationship between human minds and physics is one of discovery: human minds discover physical laws.

This position is not uncontroversial, and some people think that moral rules are more like the laws of motion than they are like songs. There are a number of reasons to take the morality-as-songs view, but I’ll just mention two. First, moral rules are very, very diverse. There is very little debate about whether or not force equal mass times acceleration. In contrast, debates rage about what’s right and what’s wrong. In some places, for instance, homosexuality is still considered to be wrong. In other places, the moral condemnation of homosexuality is itself considered a moral failing.

Some moral rules do, of course, have different effects on people’s overall welfare, and that is a matter of discovery. Prohibiting unprovoked physical harm makes people, on the whole, better off. In contrast, prohibiting the charging of interest tends to make people worse off. Whether charging interest is harmful is a matter of discovery; whether charging interest is wrong is a different question.

This view of morality—that moral rules are created rather than discovered—is by no means new. When Shakespeare has Hamlet opine that “there is nothing either good or bad, but thinking makes it so,” he is making the same point.

Some people, of course, feel as if morality is more like gravity than songwriting. There is a powerful intuition that murder really is wrong in the same sense that force really is equal to mass times acceleration. Why this is the case remains an interesting scientific question that is still the subject of a certain amount of debate. 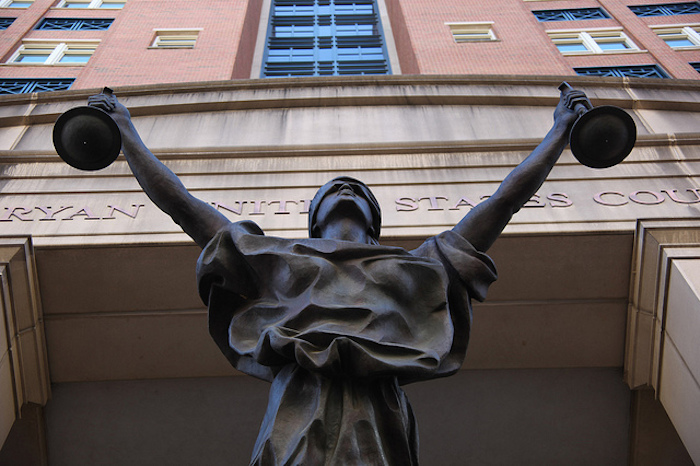 Assuming that this morality-as-songs view is correct, however, an interesting question is this: why do human minds create morality? If moral rules aren’t physical laws, to be discovered, then why do people make them?

My view—which, to be sure, is a minority view—is that morality serves a particular purpose, which I will illustrate with the currently über-popular series Game of Thrones. (Spoilers past here.)

When Tyrion is accused of killing King Joffrey, his nephew, the issue of whether or not he did is ultimately decided by a fight to the death between The Mountain, an enormous fighter and ally of the royal family, and The Red Viper, a Prince from another region of the realm. What is interesting about this trial by combat—fictional, true, but with parallels to genuine traditions in human history—is that all spectators, independent of which outcome they would prefer, have in essence agreed to abide by the arbitration of guilt or innocence by this means. It is clear that Cirsei, the mother of the slain King, for instance, even though she badly wants The Mountain to win, will abide by the decision should The Viper prevail.

Trial by combat illustrates a truth about societies. When conflicts emerge, the group, as a whole, is better off if a way can be found to settle the conflict without everyone supporting the party they favor. If everyone in a group sided with the person they like more every time a conflict emerged, then every small conflict could escalate into a fight between one half of the group versus the other half.

Trial by combat solves this problem. Instead of King’s Landing fractioning into Tyrion supporters and Cirsei supporters, the people of the city will side with the winner of the conflict. A potentially contentious issue leads to no civil strife because the people observe the winner of the public conflict and abide by the outcome.

Settling disputes with trial by combat itself has drawbacks. By and large, members of societies don’t want every conflict to end in someone’s death.

Moral rules provide a way out of this problem. The contents of moral rules—don’t harm, don’t steal, don’t break contracts, etc.—tend to cover the source of a vast number of conflicts that emerge in societies. Indeed, societies mint new moral rules as new potential sources of conflict emerge. There was no need for a rule about charging interest, for example, until there was money to be lent. In the modern world, new rules surrounding new technologies emerge all the time, especially surrounding the Internet and changing biotechnologies.

Because moral rules are created by people, rather than discovered, they can be immensely variable, just as songs are. Many of these rules have nothing to do with keeping people safe or healthy. Some rules, for instance, prohibit certain forms of representational art, specifying what can and can’t be depicted. Other rules allow the consumption of various foods, but prohibit the consumption of these same foods in particular combinations. The array of moral rules are as variable and diverse as the cultures of the people who create them.

Just as Hamlet would have it, then, there is nothing intrinsically “moral” or “immoral” in people’s actions. The wrongness of what people do is, more or less literally, all in the heads of the people observing others’ actions. The moral value of actions cannot, like the laws of physics, be discovered. Instead, the “wrongness” of actions is something not in the act itself, but something that human minds create about the action. In this sense, morality is a joint hallucination, something we all believe to be there, but ultimately something we apply to behavior, as opposed to something intrinsic to it.

Robert Kurzban is the Development Director for the Garces Foundation, based in Philadelphia, Pennsylvania. He is an author of two books, Why Everyone (Else) Is A Hypocrite, which discusses the origins of human inconsistency and, more recently, The Hidden Agenda of the Political Mind (with Jason Weeden), which looks at the roots of people’s political attitudes.

Peter DeScioli
Mind and morality: where do they meet?