"What is matter? Never mind. What is mind? No matter." So reads a humorous quote from 1855 depicting the raging debate about the relationship between mind, matter, and morality.[1] The question where our moral consciousness comes from was at stake. Already vigorously debated since antiquity, it is seventeenth century French philosopher René Descartes who frames our bifurcated thinking. He gave matter, the physical universe, to science and the separate moral authority of the mind, identical for him with the soul, to the church. Descartes’ thinking articulated two fundamental positions: dualism, which defines mind and body as independent and separate, and monism, which sees mind and brain as one. Today, Cartesian dualism seems natural to many, despite modern scientific evidence for a monist position where deliberate conscious choice is at best heavily constrained, or even seen as a mere ‘epiphenomenon,’ a byproduct of the brain.

“Do you believe in free will?” I ask my big survey class at the University of Arizona, to introduce the question of morality. “Are you free to choose?” All hands go up except maybe one. For most students it seems unfathomable to diminish the mind, the seat of their free choice and deliberate rational thought, to just brain matter, an epiphenomenon. Once I start asking more questions, though, as to where this free will might come from and where exactly it enters the psychophysiological system, students start looking less confident.

When I explain further that science can only deal with a monistic universe, and thus must view the mind through the lens of the brain, the classroom becomes quiet. Complex phenomena need to be explained in terms of simpler underlying processes. When it comes down to it, there is only the firing of trillions of action potentials per second: neurons, synapses, electricity, and chemistry. And that is all: one squishy, wrinkly, three pound mass of tissue—the brain.

Can the physical brain be the seat of morality, they wonder. And where does such a conclusion leave the question of free will? There is no homunculus inside our brain, I argue, no ghost in the machine to interfere with the laws of cause and effect. Relief floods the classroom; indeed, who in the twenty-first century would still believe in a ‘little man’ inside of one’s brain? Philosopher Daniel Dennett, however, accuses even the best of modern materialists to still hold the remnants of a Cartesian dualism of mind now transformed into a Cartesian theater.[2] But who then is performing the task of observing, deciding, and acting? There must be a place for sense of self, if not soul, that can think and act rationally—an executive headquarter in the brain, for where else would this interaction take place? If Descartes’ solution of the pineal gland as the intersection of the immaterial soul with the body is debunked, where do we find moral justice? 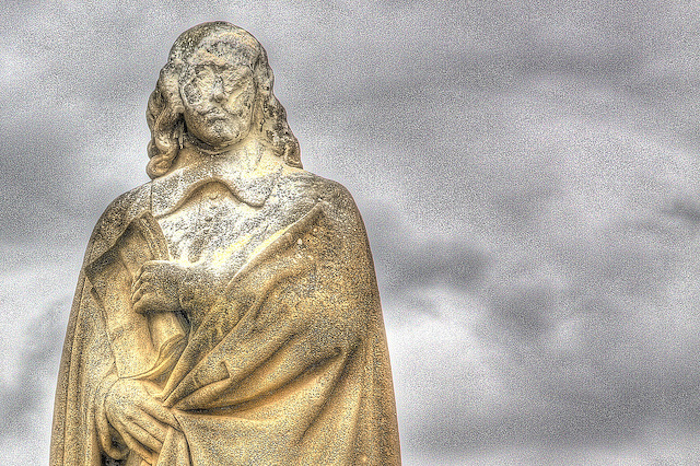 Plato already articulated the problem of the moral mind and the question of justice in his work The Republic, inthe fourth century BC.[3] Here helinks independent thought with the importance of ethics through the story of the magical Ring of Gyges, a ring that grants the power of invisibility. The story raises the question of who is just: is it the one who behaves virtuously even though nobody knows it, or is it the person who seems just, but acts immorally? Plato asks us if we act moral solely when others can see us, but if we had the ring of invisibility, would steal and kill? This essential ethical question is a rational one. Mind matters when it comes to moral behavior, according to Plato, and is preeminent above all else as only a rational person can do right. Students are back in the dualism camp. Yes, rationality is essential when it comes to right and wrong. Why else would you go to college to train your analytical mind?

I introduce evolutionary biologist E. O. Wilson’s concept of sociobiology.[4] Morality, even religion, is part of evolved human nature and is useful for governing group behavior. In this theory, the moral mind is an evolved intuition, an adaptive trait, favoring members of one’s kin over others. Cooperation is not so much a conscious choice as it is an innate mechanism benefiting survival. This implies that, yes, we humans are moral, but our moral sense is not rational or separate from matter, as Descartes claimed, but an evolved emotive substratum of our brain. Until now, morality was in the hands of rational ethicists (Plato/Descartes), theorizing about rights and justice, and forming the base of our judicial system. Will this now be replaced by consilience, Wilson’s biologicizing concept synthesizing all human knowledge?

E. O. Wilson’s concept of evolved moral behavior may please some, but it fails to satisfy the question of the mental capacity of consciousness, a sense of self to choose right. Is not the soul at stake if we consciously choose to do evil? My students still show strong feelings in favor of free will and choice. Actions are not just an evolved link in the causal chain, students argue. Roy Baumeister’s studies address rational choice theory and human behavior.[5] Baumeister is a psychologist and mediator between rationalist and evolutionary theorists. There is a genuine psychological reality behind the idea of free will. Free will is just another kind of cause, Baumeister claims. Countering the deterministic position, he invokes notions of self-regulation, controlled processes, behavioral plasticity, and conscious decision-making. These faculties emerge as complex behaviors that go beyond the physics of causality.[6]

Questions of free will versus determinism ask if we are moral agents that can choose between good and bad, or if our lives are predetermined by chance or by God. These are questions that still fill libraries, academic discourse, and chat rooms all in search of human understanding. Consciousness remains one of our frontiers where the humanities and science need to come together if we want to understand the emergence of the complex phenomena of conscious and unconscious thought. Here we can start to find our moral mind though still shrouded in invisibility.

Hester Oberman teaches Spirituality & Religion of Psychology and Philosophy & Science of Religion at the University of Arizona. Her focus is interdisciplinary bridging the Humanities with the Health Sciences and mind-body research in the context of modern religious thought and the problem of belief in the twenty-first century.

Nicolas Baumard
Mind and morality: where do they meet?

Arthur Zajonc
Mind and morality: where do they meet?