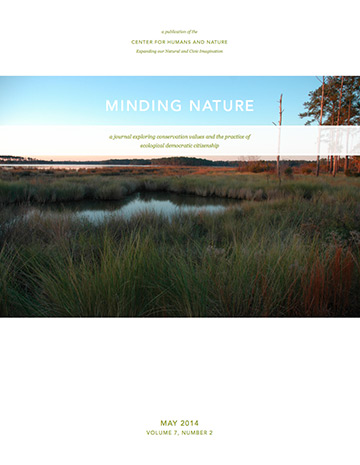 The Presence of the Future

Philosophy, Marx said, only interprets the world, but the point is to change it. Such a moment of critique and social change is urgently needed now. We are in the midst of unusually rapid and extensive species extinction, which Elizabeth Kolbert examines in her recent book, The Sixth Extinction: An Unnatural History.

What does Earth ask of us? Restraint, respect, and maybe—after all these years—recognition of the rights of Nature. What would that mean? What moral sense does it make? How is it playing out in Ecuador—the first nation to grant constitutional rights to the natural world?

We are showered every day with the gifts of the Earth, gifts we have neither earned nor paid for: air to breathe, nurturing rain, black soil, berries and honeybees, the tree that became this page, a bag of rice, and the exuberance of a field of goldenrod and asters at full bloom.

Being in Relationship, with Nature?

What does it mean to be in relationship? One comes across this phrase, “being in relationship,” quite frequently in environmental—and other—discussions. The phrase sounds catchy. And it seems important. But, what worldview or big idea does it express?

The Ethics of Water Governance

The adoption of ethical water behavior favors long-term water governance structures for maintaining quality of life and environmental sustainability in the face of an ongoing crisis situation for water conservation and environmental degradation.

Nature and Justice in the Urban Landscape

Jens Jensen’s life (1860–1951) was the iconic American story. Emigrating from a foreign country seeking opportunity and social mobility, he began by sweeping the streets of a major metropolis only to rise through the ranks to shape some of the city’s most significant parks and later to work with titans of industry.