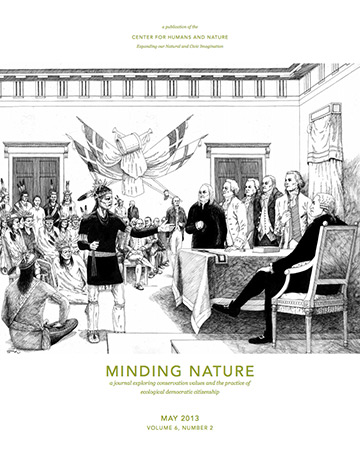 Yves-Marie Abraham of the Université de Montréal, who was one of the organizers of the Third International Degrowth Conference held in Montreal on May 13-19, 2011, has written that “. . . degrowth is a call for a radical break from traditional growth-based models of society, no matter if these models are ‘left’ or ‘right,’ to invent new ways of living together in a true democracy, respectful of the values of equality and freedom, based on sharing and cooperation, and with sufficiently moderate consumption so as to be sustainable.”

The Box I Found (a.k.a. Writing to Remember)

August. It was our last day at Windblown Hill, the farm house where Dad grew up, and it was time to pack. The girls were downstairs with our nanny while I was tucked away in the home’s master bedroom, Mimi and Pa’s old room. I started to organize my things, our things. I stood in the big closet, a space overrun with old clothes and stacked boxes and accumulated diapers and unopened pool toys. It was when I was folding my t-shirts that I noticed that an entire wall of the closet was more closets, hidden away. I opened them.

Governance in a Post-Growth Society: An Inquiry into the Democratic Prospect

Looking back on the environmental debates of the 1970s, I am struck by an overwhelming sense of opportunity missed then and precious time squandered since. Our political and moral efforts to come to grips with the limits to growth were feeble and inconclusive. And how rapidly in the aftermath of the OPEC oil embargo and falling rates of global corporate profits (which should have been seen as writing on the wall), the prevailing intellectual winds shifted and returned public attention back to the more familiar economic issues.

Ecological Selves as Citizens and Governance as Ethical Place-Making

Consider the rational, self-sufficient, self-interested, extractive, and possessive creature who has been so well suited to industrial capitalism and who has created a mode of governance known as liberal interest group democracy. Time for him to go. To replace this formation of self, economy, and governance, I propose here that we embrace an ecological conception of persons. After making the case for this alternative account of selves, I consider what it suggests for the goals of ethics and politics.

Imagining Governance to Save the Planet? Try the Great Law of Peace as a Model of Covenantal Leadership

The gathering perfect storm of environmental crises and peak everything has prompted many proposals and initiatives for reforming existing international governance systems and/or creating new ones to avert catastrophe and/or create new social contracts for the aftermath. Accomplishing the goals of these proposals—to reduce humanity’s overall destructive impact on planetary life-support systems (degrowth)—appears unlikely yet inevitable. It is unlikely that enough people will take effective leadership yet inevitable that the task will be ours, whether by decision or necessity.

The Dynamics of Social Resilience

This essay explores the dynamics of resilience in social systems. Rather than presenting a specific hypothesis and testing it, I offer an invitation to thought. I first introduce a theoretical model for considering different facets of resilience, and then illustrate these dynamics and briefly discuss how to consider the current dominant system in this light. In the face of climate change, ocean acidification, dwindling freshwater, disappearing wilds, and more positively the rapid expansion of technological innovation, the range of circumstances facing our species and societies has been perhaps never so uncertain over such a short time frame.

The Two Row Wampum Renewal Campaign is a year-long educational and advocacy effort to commemorate the first agreement (treaty) between the Haudenosaunee (Iroquois Confederacy) and the incoming Europeans, the Dutch, who at that time were entering and beginning to trade and settle near the “Eastern Door” of the Confederacy (Kanienkehaka [Mohawk] Country) around 1613 . . .

The only wolves I have ever seen were lying dead in the back of a pickup truck. They had been collected by Wisconsin Department of Natural Resources (DNR) officials in the spring of 2012 after being shot by poachers, and were being brought to the university where I work for examination. Although I hadn’t encountered it first-hand before, I knew such killing wasn’t entirely uncommon, and I was familiar with the various explanations for people’s lethal dislike of wolves. Still, as I stood looking at those stiff, gray corpses, I couldn’t help but ask myself again, “Why does this happen?”

Community, Democracy, and the Land

This is who I am: Devil’s Den, Bull Run Farm, Sages Ravine, Spruce Knob, Dickinson’s Reach, Heron’s Rip, Moosilauke, Arun River Valley, Central Harlem, Cedar Mesa, Chama River, Chichicastango, Arch Rock, Drake’s Beach, Glacier Bay, Lake Atitlan, Knoll Farm. That’s my biography. These words, these places, tell my story. These are the waters, the food, the wood, the dreams, and the memories that literally make up this body. These places define me. I’m alchemy of that land and the people who live there . . .