Mni is a Lakota word for Water and goes beyond any translatable word in the English language. The fragmenting of Mni into simple English nouns would provide a rough translation and lose most of the word’s true meaning and essential idea of “Water as a Being.” So I will attempt to explain Mni in a way that might make some sense in English.

To begin, Mni does not literally mean “Water.” There are several far-reaching concepts based in the language of Lakota cosmology that one needs to know to even begin to understand the respect and honor that is given daily to the Mni. The Ni (nee) is “life” and could also mean “mother’s milk” or a “mother’s breast.” This is where the “M” of Mni becomes translatable as “you and me” but also becomes a little more understandable if we say Mni is “you and me of that which carries or causes feeling with another through itself.”  Like a mother who is the carrier of Water, Mni is an action of living. I’m sure other Lakota know deeper meanings of Mni.

The Story of Mni

Water is a First Consciousness bestowed upon Mother Earth. First Consciousness means the awareness of the movement that sustains life in a continuum. Lakota people have Mni in their creation story as blue blood (water); thus, Water provides a shining mirror to the universe, its transparency offers a model and a path to creation. It produces synergy and becomes “Water as a Being.”

Water is the time and space understood by Mother Earth as she holds the womb of all creation within her: oceans, rivers, lakes, ponds, creeks, streams, rains, floods, waves, humidity, wetness, dampness, hurricanes, tornadoes, rainbows, and the teardrops of babies.

“Water as a Being” creates with the sun, moon, stars, winds, earth, fire, and the life of all living beings sentient or that which is thought of as non-sentient. The Lakota have always known the connection of Mni and have encoded the living meanings of things seen and unseen by the delicate and fragile human eye.

Returning to a Place of Prayer and Balance

When you reintroduce a native species to an ecological system there is an ecological waterfall called a “trophic cascade,” the returned species affects all the other species around it; life starts at the top and cascades to the bottom, influencing all lives. Indigenous peoples’ return to the land, to a place of prayer and balance where the energy, the coded languages, remembers the lands and the lands remember the languages spoken to it—this is the First Consciousness being nourished.

One of the First Consciousness is Water, Mni. Native species change the courses of the behavior of the waters—the rains and storms that bring the waters and the snow, drizzle, mists, and fog. The buffalo also did this. They stampeded the wild prairies of the Great Plains in Central North America and encouraged the vast aquifers such as the Oglala Aquifer, an underground sea of life, a sea of Mni. This is the true Mni Wakan of the Grandmother Earth. And, Wakan is “to make something live or make something die.” I often describe Wakan as “consciously applying mystery to all things.” 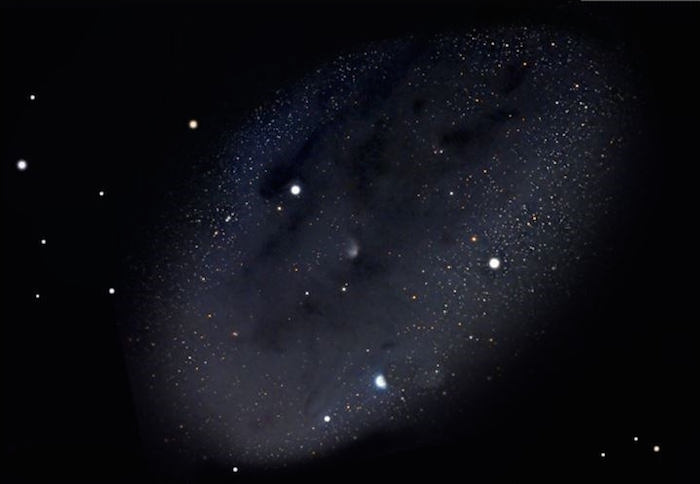 So in recognizing the Native nations of the world, the human species once again returns to the “Original Instructions,” the quantum physical language of Mother Earth that has been missing in scientific, political, and religious explanations of life. The current reasoning based on modern-day thinking about water as a resource, rather than a source of life, has arrested a spiritual evolvement by simply defining the First Consciousness as a primitive process, which is useless to modern-day civilization and the rationalization of civilization.

One way of changing our perspective is to realize “Water as Life” and acknowledge the peoples of the world who still hold ceremonial respect for the “Being of Water.” The sacred sites of Native peoples worldwide have been resilient to any explanation or definition that would condemn this way of thinking as inferior to the religiosities, policies, and experimental sciences—ways of thinking that attack, on a daily basis, the knowledge of Original Nations’ adherence to the First Consciousness called Water. In the Lakota meaning of Mni, this is the spiritual relativity, or relationship, to the practice of honor and respect as essential to the lives of all things whether they are seen or unseen.

We must realize this important distinction: We are not defending Mother Earth. We are Mother Earth protecting herself.

There has to be recognition, honor, and respect given to Water in a way that equates all life’s thinking, feeling, memory, consciousness, and motion with what Water gives and with what Water represents to all the cultures of Grandmother Earth. Water is in your breath, on your tongue, fingertips, and water keeps your eyes moving in your sleep. Water dreams with you and retains what we humans forget in our busy “timed” lives. Water keeps us humble when we think ourselves too important. Almost every morning nearly everyone has a Water ceremony whether or not they are aware of it. This includes all plants, birds, trees, and all life that depend on the life-giving being of Water.

I splash Water on my face and cool the fire in my eyes in the morning. I sprinkle drops over my head and body in recognition and gratitude for giving life to all in the past, present, and the potential possibilities; if only we as forgetful humans would remember to be givers-of-care rather than takers-of-care.

I ask permission before I drink water. Water gives me the language and responsibility to carry the message of life. Water is not a noun, but a loving, moving, growing, cleansing, and powerful living being. So I drink this cup of stars called Water while thinking, speaking, and wanting all things to live fully, rather than purely exist within the lonely world where too many of us have found ourselves—an anthropocentric world that has disconnected us from the Being of Water and caused us to take so much for granted.

Tiokasin Ghosthorse is a member of the Cheyenne River Lakota Nation of South Dakota and has a long history with Indigenous activism and advocacy.

Patricia Johanson
What are our moral and civic responsibilities to water?