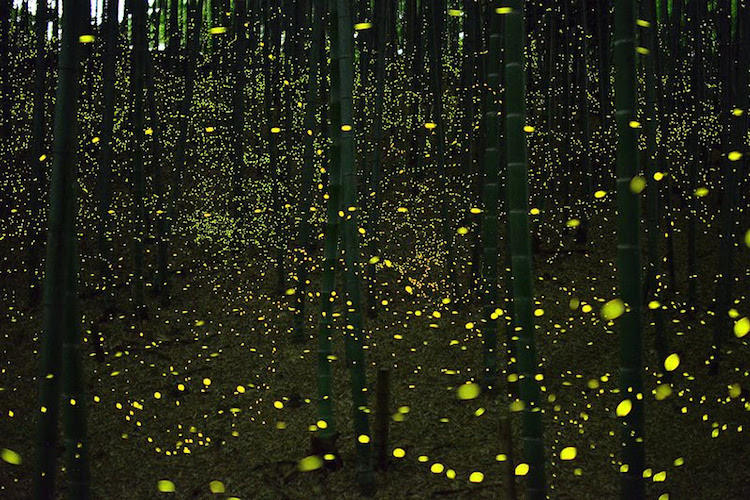 As summer wanes, the flickering lights fade away. The curtain closes on blinking fields, forests, and yards and the twilight hour loses one of its featured performers. Summer’s end sadly means a farewell to the firefly.

As a child, I was introduced to the magic and mystery of nature through the firefly. In Missouri, we called them lightning bugs, and chasing after those otherworldly insects was a summer ritual that ranked up there with Tee-ball, flashlight tag, and ice cream trucks. My friends and I would connect the coruscating dots across my backyard and capture as many as we could in a set amount of time. Around 6 or 7 within 60 seconds was usually the winning haul.

Sometimes we would squash their bellies and paint the bioluminescence under our eyes: Day-Glo warriors on the hunt in the suburbs of St. Louis. (We had a lot to learn about environmental and cultural sensitivity.)

Sometimes we dropped the lightning bugs into a Mason jar and watched in wonder as a solar system lit up in our hands. We’d throw blades of grass and a few dead flies into the jar, thinking that a meal and some greenery would make their captivity more comfortable. (It’s amazing how kids can be simultaneously so cruel and caring.) It turns out, according to a recent article in DNAinfo, fireflies prefer hanging out in damp soil and dining on each other. Talk about insensitive! 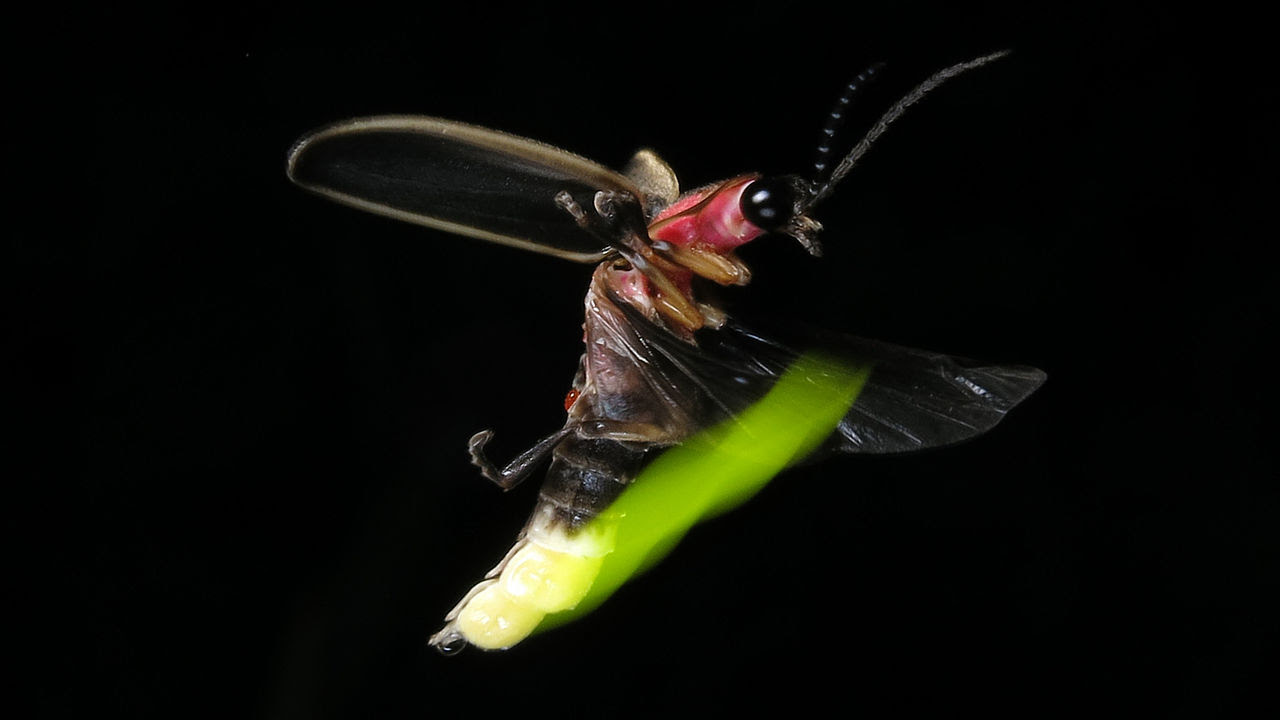 But most often, we’d simply sit on the porch and marvel at one of nature’s most dazzling spectacles.

One evening, as I was jarring as many fireflies as I could, my grandpa admonished me: “Don’t catch ‘em all or there won’t be any left.” It was a typical grandfatherly warning, but it gave me pause. I thought about a world without lightning bugs. I thought about a summer without those backyard fireworks. And I thought about a landscape without the unfailing synchronicity of nature.

My grandpa wasn’t far off. A 2014 article in the New York Times states, “Scientists have for years been warning that the world’s estimated 2,000 species of fireflies are dwindling.” And not because children are catching all of them. As cities expand, the lightning bug suffers. The threat of urbanization to other species is an all-to-common refrain.

According to a number of studies, one of the biggest perils to the firefly population is light pollution. Not all fireflies emit light but, for those who do, their luminescence is their calling card—a wink to attract the other sex. However, their seductive behavior can’t compete with streetlights, houselights, and other city lights. With no flirtation, their future looks bleak.

The Selangor Declaration, a document produced at a 2010 international symposium dedicated to firefly conservation, notes: “Fireflies are indicators of the health of the environment and are declining across the world as a result of degradation and loss of suitable habitat, pollution of river systems, increased use of pesticides in agro-ecosystems, and increased light pollution in areas of human habitation. [This] is a cause for concern and reflects the global trend of increasing biodiversity loss.” 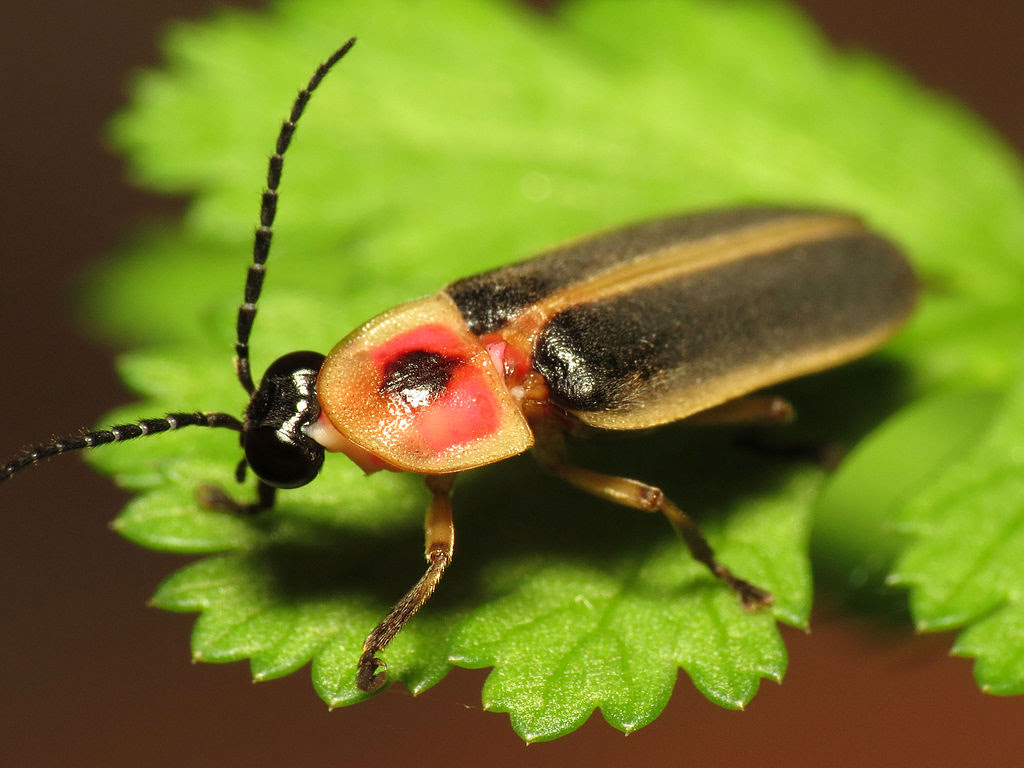 Fortunately, there are advocacy groups like Clemson University’s Vanishing Firefly Project, which studies local lightning bug populations in relation to environmental health. The project encourages citizen scientists, young and old, to count fireflies in their communities in order to measure habitat quality and to promote environmental stewardship. If I would have known about such programs as a child, my firefly chasing would have gained new layers of meaning—each summer-evening flash signaling the connection between the health of my world and the well-being of fireflies.

Today, I try to do my part, no matter how minor, to protect one of nature’s most important ambassadors. I turn off outside lights, close the curtains at night, collect rain water, and let leaf litter accumulate a bit in order to show my appreciation for what lightning bugs have given me. I suspect the beloved, illuminating Lampyridae continues to evoke a sense of wonder and provide a powerful link to the natural world for many children, like it did for me. A few small yet significant acts of mindfulness are ways to give thanks for their magical performances and to ensure that the light shows continue in summers to come.

Jeremy Ohmes is a writer, musician, runner, gardener, and the Communications Manager for the Center for Humans and Nature. He graduated from University of Oregon and Loyola University Chicago. Find more of his work at jeremyohmes.wordpress.com.