As a student of anthropology, the experience of culture shock has always captured my imagination. In such moments, as a non-native of a culture, you feel as though everything you do and say is somehow wrong—that by virtue of a new set of cultural circumstances your being in the world suddenly has friction rather than fit.

In graduate school, I lived with my husband and young son on the French island of Corsica while conducting my dissertation fieldwork. During this time, we frequently displayed our cultural clumsiness. David told the crèche where our son went for daily child care that he’d “revendre” rather than “revenir” our son Jackson (resell rather than return to pick up). We declined a neighbor’s offer to help us move apartments so as not to put him out and instead we insulted him, compromising the relationship we’d worked so hard to establish. We left our shutters open at night and didn’t do our laundry often enough. I risked insult if I gave someone the customary “bisous” (kisses on both cheeks) without knowing them sufficiently and equally if I extended a hand when it should have been a kiss. Social errors small and large filled our days. Suddenly there was friction, a tangible disconnect between our meanings and the world in which those meanings traveled.

Arguably, the most difficult kind of cultural friction is one we would consider moral—an incompatibility where others may have expectations of us that conflict with our deeply held notions of right and wrong. This friction has a much greater impact than feeling rebuked for poor laundry habits and clumsy greetings. While we lived on Corsica, my experiences of such moments of moral dissonance were relatively benign, typically instances in which my notions of a kind of abstract individualism based on merit clashed with local notions of personhood grounded in social networks that went back generations. Though not as extreme as the moral conflicts that tend to be the focus of anthropological discussion, even these could make me feel utterly alienated and confused about the value of my own person.

In contemporary cultural anthropology classrooms, discussions about moral conflict typically draw upon extreme examples for context—female genital mutilation, genocide, and child labor. Moral stances that others hold which we find unthinkable yield philosophic problems. We feel such beliefs are wrong, even reprehensible. But what, we ask ourselves, are the logical grounds for assuming that we have access to the universal criteria for morality? What justifies our condemnation of practices that are locally acceptable?

My relationship to these philosophic questions has evolved in an interesting way over the last few years, during which I’ve been teaching at St. John’s College, a liberal arts institution focusing on great books. Without undermining the urgency that extreme examples of moral conflict present, it seems worthwhile to pause and consider the root of the philosophic conundrum. It has occurred to me that the apparent impossibility of understanding an other’s moral commitment at odds with my own takes for granted that I understand my relationship to my own moral commitments. My struggle as an anthropologist trying to make sense of how we move from one set of meanings to another assumes that my relationship to my own meanings is somehow unproblematic, that in them there is fit, while when faced with “otherness” there is friction. However, with careful examination, it may become apparent that the relationship we human beings have with convention, with culture, with custom, with meaning, is never one of seamless fit.

In my second year at St. John’s, I faced this conundrum while teaching Shakespeare’s King Lear. King Lear, in a desire to see himself unconstrained by convention, to assert his true person, strips away all the things that have provided him fit in his own world—his power, his kingdom, his family. Suspicious of the gray area between convention and the truth of himself, he tries to tear away the trappings of his life and get down to what he really is. Lear ends up outside in a storm, unclothed and mad, raging at the moon. On the one hand, he cannot simply be one with the conventional meanings that make his life what it is—he knows that there is a falseness to these trappings. But what the play reveals is that this shortcoming of convention, which can’t simply and essentially express all that we are, may itself be the truth of our being in the world. If we, like Lear, insist on being simply and fully “what we are,” unconstrained by the falseness of convention, Shakespeare suggests, we cease to be intelligible to ourselves. 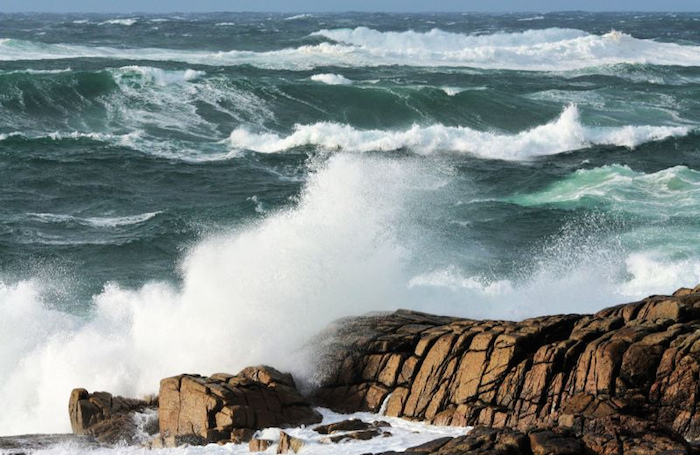 I was struck by a similar problem when reading Hegel’s interpretation of Sophocles’ Antigone in my Junior seminar the following year. In the play, Antigone insists on performing burial rights for her dead brother, despite the King’s prohibition of such rights. The play presents us with a tension between human reverence for law and convention, on the one hand, and human beings’ sacred individuality, on the other. It is this sacred individuality that Antigone insists on giving its due in the case of her brother. Beyond what a person did or said in his lifetime, beyond the manner in which he measured up to the societal ideals, Antigone insists that the very fact that the person existed demands our respect. Hegel argues that Antigone is an example of the way in which societal articulations of human being, in law and convention, always mask that sacred individuality which it is their purpose to protect. The conventional, which is articulated, general, and public can’t help but do violence to the inherently non-generalizable character of our being. Trying to resolve this tension, to pull it out of the gray area, leads to tragedy.

In both these cases, we can see that there is a myth to total fit between our being and the conventional expression of this being. If we take seriously that a constitutive element of being human is the friction between what we are and the way our being gets articulated and made meaningful, then it looks like culture shock is not the stumbling block to understanding that it first seems—not a condition that arises only when meanings are incompatible. Rather, culture shock may be an experience that exposes us to the true character of all human meaning and convention, providing great insight into what we ourselves are.

The argument I am making does not suggest that in recognizing this tension the urgent and extreme examples of moral conflict will be resolved. What I am suggesting is that exposing it as a fundamental condition of being human may be an important way in which we are able to resist the tyrannical character of conventional beliefs. The goal is not, like Lear, to reject convention’s hold simply, but perhaps with Lear as an example, to live with a healthy curiosity about the strength of that hold. Such curiosity, a philosophic curiosity, may protect us from our own tyrannical tendencies.

Cultivating a thoughtful relationship to our own cultural meanings at home may help us, as global citizens, negotiate foreign meanings and values that trouble us. When there is nothing else to connect us, where understanding seems impossible, and people’s behavior seems utterly inhumane to us, might the point of contact be the universal fact of incomplete fit between the truth of what human beings are and the meanings that give that truth form?  If we can find our way into the gray area, perhaps we will find the humanity that allows a conversation to begin.

Sarah Davis is a professor at St. John’s College, a Great Books program where faculty rotate through teaching the entire curriculum—Euclidian Geometry, Ancient Greek, Philosophy, Literature and Music. Sarah did her undergraduate work in Philosophy and Anthropology at Harvard University and received her PhD in Cultural Anthropology from Emory University.

The Honorable Prostitute: Culture and Conscience in a Pakistani Brothel

Louise Brown
What are the connections between culture and conscience?