What does it mean to be human is an urgent question for me as I face the destabilizing and possibly cataclysmic changes that global climate change is bringing. In the face of the unsettling and grief-inducing news and reports, I seek solace in trying to answer two questions, both of which require the scale of millennia, an understanding of evolutionary history, biology, and psychology in addition to more traditional, shorter-term historical inquiries. The first, roughly, “How the hell did we get here?” The second, “How do we possibly change course?”  This question necessitates a thorough understanding of what is malleable in our human condition and what is not. In other words, what is essential to being Homo sapiens that we simply are not going to be able to change because of biology, physiology, or psychology? This second question seems close to asking “What does it mean to be human?” For if there is an essential humanity, then honoring that must be a starting point in seeking new ways to live. As I have sought to answer these two questions over the course of the last ten years, I have arrived at a series of deeply interwoven provisional answers.

The first set of answers as to what is likely non-negotiable, what is baked into our way of existing and likely not mutable, comes from evolutionary history. It seems that we are, among other things, a meaning-making, curious, ecologically adaptive, tool-using, hand-manipulating, cooperative, sex and food desiring animal. Any course change must acknowledge the context in which our initial capacity to flourish was forged: in interdependency with the natural world. Our interdependency existed and still exists in three dimensions: spiritual; economic; and cultural.

Spiritually, humans are frail in the larger scheme of things. That is, there are forces of nature so strong that any attempt by human civilization to thwart them is futile. Humans die, are injured, have our communities torn asunder by storms and natural events and are able to do little about these circumstances beyond adapting, evacuating, and coping. Interdependency is inherently vulnerable. I get some of my food from a local farm where I volunteer my labor. There are set times for my work that are independent of freezing, rain or heat. In the short term, there is sometimes discomfort but in the long term I know the source of my food, how the weather and climate impact it, and have a much deeper connection to my local economy and ecology than I would otherwise.

Our sense of vulnerability in the face of natural forces includes both a sense of wonder and awe, the basis of a spiritual relationship with the natural world.

Renowned biologist E.O. Wilson’s term “biophilia” captures an innate emotional attraction between humans and other living organisms that for millennia enhanced survival and fitness and thus spread more widely in the population. Thus, behaviors that were successful in integrating with the natural world (biophilia) and avoiding it (biophobia) have been woven into our culture. Similarly, certain natural settings during our evolutionary history may have favored our survival. Our attraction to bodies of water, large trees, and grassland are all likely due to the important role they served our ancestors for millennia as sites for water and food, for protection, and as the dominant ecosystem in which humans evolved, respectively. Our fear of snakes, spiders, and being in the center of wide-open spaces are all evidence of how avoidance of such situations served our survival.

Studies of modern humans’ reactions to animals versus vehicles or sounds of predatory animals like lions and leopards versus human-made alarm sounds illustrate that we process more quickly and efficiently the animal images and sounds than the sounds from human-made objects.[1] Research in many fields supports the notion that people think better, heal more rapidly, and work more efficiently when connected to other living organisms—plant or animal. Hospital patients with rooms with a view stayed in the hospital for fewer days and used fewer strong painkillers. Similarly, workers with window views feel less frustrated, more patient and report more overall life satisfaction. In public housing in Chicago, nearby outdoor spaces with trees attracted residents who conversed with one another and developed stronger social bonds. Children with access to natural play areas have more imaginative and social play than children who play on built structures and asphalt.[2] This explains why I feel more satisfied after commuting to work by bicycle than in my car. 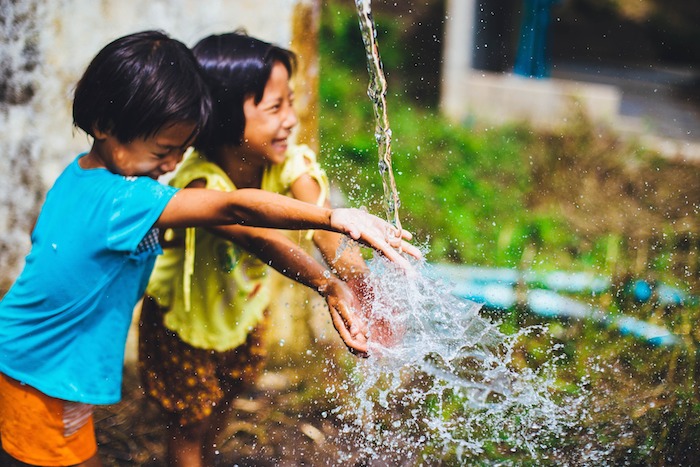 Ancient scholars—the Stoics, Cynics, and Skeptics—thought that life’s goal should be not happiness but ataraxia or tranquility and freedom from disturbance. This was achieved by “aligning one’s aspirations with nature, or with the way the world works,” as philosopher Alan Holland put it.[3] This is in stark contrast to the reigning market culture philosophy of solely aligning one’s aspirations to the human-made world and its artifacts that philosopher Michael Sandel critiques. In other words, humans are at their best in relation to others, a wide variety of others, human and nonhuman. A transition to a more sustainable future will include not just a revitalization of the interdependent welfare of all species, but also a recognition and embrace of vulnerability and suffering and its essential role in our humanity.

Humans have had, and still have, an economic relationship with the natural world. Our humanity, derived in part from our biological evolution as weak, vulnerable animals on a predator-heavy African savanna and later in inhospitable colder climates of Europe, Asia, and the Americas, means that we are hardwired to want to make the best use of the natural environment around us for our own survival. Humans need nature; we have created civilization from it—we eat plants and animals, we use trees, sand, and rocks for building. We use chemicals and elements extracted from rock and water and air to power our civilization. We use plant materials for energy, to clothe ourselves, to provide bedding and bathroom linens. And we breathe air that is kept at 21 percent oxygen by a complex suite of chemical equations much larger than any of us can comprehend.

Humans must manipulate nature in order to construct our lives. In a search for successful reproduction, humans have altered the Earth’s landscape. This utilitarian strand of our lives is the only dimension that most of us recognize and engage in on a regular basis. But what might once have been limited use of natural resources among a small population, has with seven billion people on the planet, become a geologic force of change that no human can fully appreciate.

The third dimension of our interdependency is that humans have had, and still have, an intellectual and cultural relationship with the natural world; for both economic and less practical reasons we seek to understand why animals behave the way they do, how to predict the climate, when it might rain, etc. There is clearly overlap between this perspective and the economic as the more humans understand, the more efficient and successful they can be in exploiting natural resources. Starting with the evolution of communication and writing, our cultural ideas and norms are inextricably bound with nature. Philosopher David Abram writes compellingly about how the chief human mechanism for meaning-making, human language, has its origins in the natural world and was deeply contextualized:

Oral language gusts through us—our sounded phrases borne by the same air that nourishes the cedars and swells the cumulus clouds. Laid out and immobilized on the flat surface, our words tend to forget that they are sustained by this windswept earth; they begin to imagine that their primary task is to provide a representation of the world (as though they were outside of, and not really a part of, this world). Nonetheless, the power of language remains, first and foremost, a way of singing oneself into contact with others and with the cosmos—a way of bridging the silence between oneself and another person, or a startled black bear, or the crescent moon soaring like a billowed sail above the roof. Whether sounded on the tongue, printed on the page, or shimmering on the screen, language’s primary gift is not to re-present the world around us, but to call ourselves into the vital presence of that world—and into deep and attentive presence with one another.[4]

The meaning that we give to the natural world and our relationship in it is part of our hardwiring as a species, according to Spanish professor Jerry Hoeg, who argues that narrative has evolved by natural selection to regulate “two interrelated social arrangements: the relations between individuals within a given society, the intrasocial; and the relations between society and its natural environment, the extrasocial.”[5] The Apache remember history through the landscape and have morality tales that are connected to the land. Anthropologist Keith Basso recounts brief encounters between a distraught member of the Apache community and elder members: The elders use place names to help the afflicted recover emotionally and socially from her problem. Often a wise man speaks a string of place names that will evoke a picture and associated stories and morals. One utterance may be used to accomplish a number of actions: produce a mental image of a particular location; evoke historical tales; affirm traditional moral precepts; offer practical advice for dealing with disturbing personal circumstances; and heal wounded spirits. This is a living landscape that cradles and defends values and actions from a worldview forged by generations rather than by marketing professionals or politicians.

In microcosm I have been trying to balance these three in my life, embedding my economic, spiritual, and cultural needs into the fabric of the ecosphere. Hanging my laundry outside; doing my dishes by hand; sewing my own curtains; repairing my clothes; taking low-carbon vacations by foot and bicycle; and supporting my local economy all promote such interdependency. In the macro view, our task is to create human systems and institutions that are grounded in this interdependency and enable and encourage us to enact it on a daily basis. If we had educational systems, building codes, community development ethics, and economic beliefs that were grounded in the three ways we are of nature—spiritually, economically, and culturally—then what it means to be human would be obvious by the way our children play and learn outdoors, how most of us grow some of our own food, and the stories we tell about the living landscape that has both shaped and been shaped by us. And it would be obvious by the result, the mutual thriving of humans and ecosphere alike.

[1] Eva M. Selhub and Alan C. Logan, Your Brain on Nature: The Science of Nature’s Influence on your Health, Happiness, and Vitality (Mississauga, Ontario: John Wiley and Sons, 2012).

Image by Free-Photos from Pixabay.

Kathleen loves teaching and writing, particularly the challenge of addressing questions of contemporary relevance through historical investigation. In her classes, she seeks to re-connect intellectual, spiritual, and place-based learning.