I have many ancestors. Some were warriors. Some were small-scale farmers. Some were teachers of the kind that did not require a license or certificate in order to transfer their complex knowledge. Some of my ancestors I spent time with while growing up. These ancestors had a significant impact on my personality and the paradigm that I use as I stumble through life. To become an ancestor, you must first have lived. How we lead our lives, I believe, is what is actually being addressed here. Living in order to become the kind of ancestor that one would hope to be is a work in progress. Similarly, life is a work in progress  made up of every moment: we engage in mundane as well as life-altering experiences and share paths with people who remind us of things that we hold very dear.

A number of years ago I visited Arnhem Land in the northern territories of Australia. We met up with two aboriginal guides who invited us to view a small cave with forty-thousand-year-old rock art on its walls and ceiling. However, before we were able to see the rock art, the elder of the two guides, a man called Lefty, told us that we had to first be introduced to the land. The introduction took place in a nearby stream where we stood in very shallow waters that were gently pouring over exposed reddish bedrock. Lefty dipped a cup into the water, sipped from the cup and then proceeded to spray the water over us from his mouth. In most situations, I might have been somewhat offended by this. In this case, however, we had entered into ritual space. In this space Lefty had transformed into a conduit between normal space and sacred space. Here mundane emotions such as becoming offended by having someone spit water at you is suspended and all actions assume different multidimensional meaning.

Lefty had explained beforehand that the bees of that landscape must first get to know us before we could proceed onto a sacred place. The bees, the water, the plants, and the land are all part of a dynamic multilayered cosmos operating under a process known only to itself and to those observant enough to recognize it. The bees and therefore the land had to get to know us first in order for us to proceed.

I rather liked this concept and immediately understood it. It resonated with something I wrote in an article for Ecological Applications back in 2000. I was drawing from my own tribal concepts and worldview in an effort to explain how American Indians see themselves as part of extended ecological family when I wrote: “Iwı´gara then channels the idea that all life, spiritual and physical, is interconnected in a continual cycle. Iwı´ is the prefix to iwı´gara. Iwı´gara expresses the belief that all life shares the same breath. We are all related to, and play a role in, the complexity of life.” I suspect that people who are drawn to certain places and landscapes and yearn to get to know them spend lots of time and energy learning the plants of a place, the geology, its unique weather patterns, and the animals endemic to that place in an attempt to feel connected to and a part of the place. However, I wonder how many people stop to wonder what that landscape thinks about them. We may come to “know” a place, but does it know who we are? Is the cycle of Iwı´ completed where the land knows us as a friend and maybe even a relative? 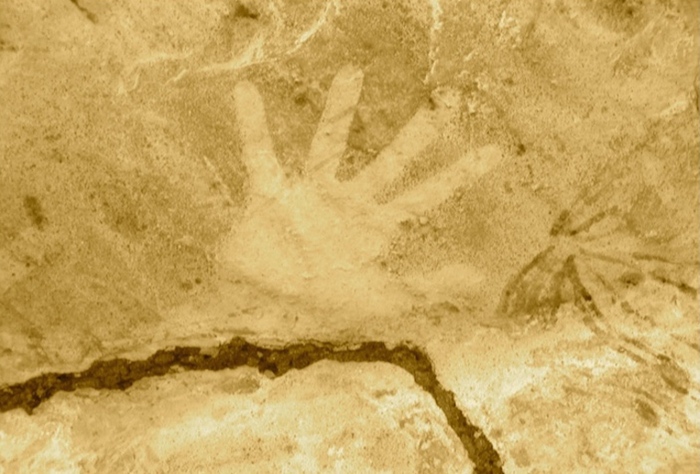 I want to be the kind of ancestor who is known by the Earth as a friend and a relative. I want the Earth to hear the songs that I sing to it. I want it to appreciate my garden of ancestral foods that I grow in a manner that returns nutrients to the land. I want the Earth to recognize my friendship through the way I move across the land,  my visits to the local farmer’s market, my choice of products to use, and my care in reuse and recycling. I want the Earth feel my kinship when I take time to teach others how to develop a relationship with a landscape and to behave as a good caring relative. I believe that the Earth is a living being. People can come to know its personality by spending time around certain landmarks and places that are encoded with its power, with its spirit. These are holy places sometimes made holy by events that had occurred on them and sometimes just because of the innate spiritual power and energies that emanate from them. These places are kept alive through oral history and ritual that ministers to them. Some of us who are trained and initiated act to minister and steward these places of power. The rest of us can act to maintain and encourage the resilience of our favorite places; we can be friends to the land. If the Earth is alive and conscious, it will recognize who its cohort of friends are.

I have read some non-native researchers and metaphysical writers who agree with the general indigenous notion that the Earth is a living being. However, too often these same thinkers treat these concepts as if they are merely linguistic cultural metaphors. They suggest that the ideas are not based in any tangible reality but are only abstract and intangible beliefs. It has been my experience as an indigenous person that the land, places and realms of power and the concepts that surround these ontologies are very tangible often existing alongside us in both this dimension as well as in parallel spatial-temporal dimensions. I have found this belief shared by other indigenous people with whom I have worked.

Enrique Salmón is author of Eating The Landscape, a book focused on small-scale Native farmers of the Greater Southwest and their role in maintaining biocultural diversity. He teaches American Indian Studies in the Department of Ethnic Studies at Cal State University East Bay.

Aaron Abeyta on the sacredness of land

11 minutes
What kind of ancestor do you want to be?

Winona LaDuke
From Our Curations

A collection of resources from the Center for Humans and Nature