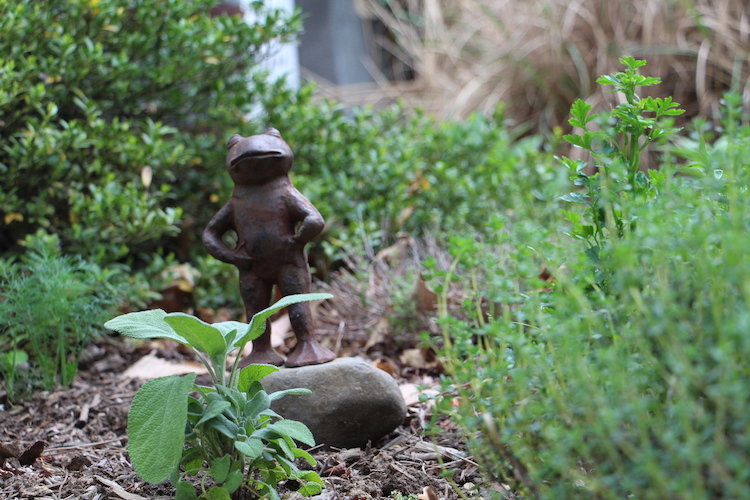 While bending over to yank some invasive English ivy from the herb garden in my front yard, I split the seat of my pants.

It took approximately four seconds for my brain to connect the soft, gentle tearing sound and the oddly satisfying sensation of flesh being liberated from confinement to the fact that the layer of fabric covering my 50-year-old, pantied (thank goodness) ass had just burst wide open.

Survival instincts kicked in, and with the speed with which we are taught as youngsters to “stop, drop, and roll” should our clothing catch fire, I dropped the ivy vine and promptly plopped my exposed bottom onto the herb garden walkway. I dared to look around. Thankfully, the chilly morning had kept neighbors inside. 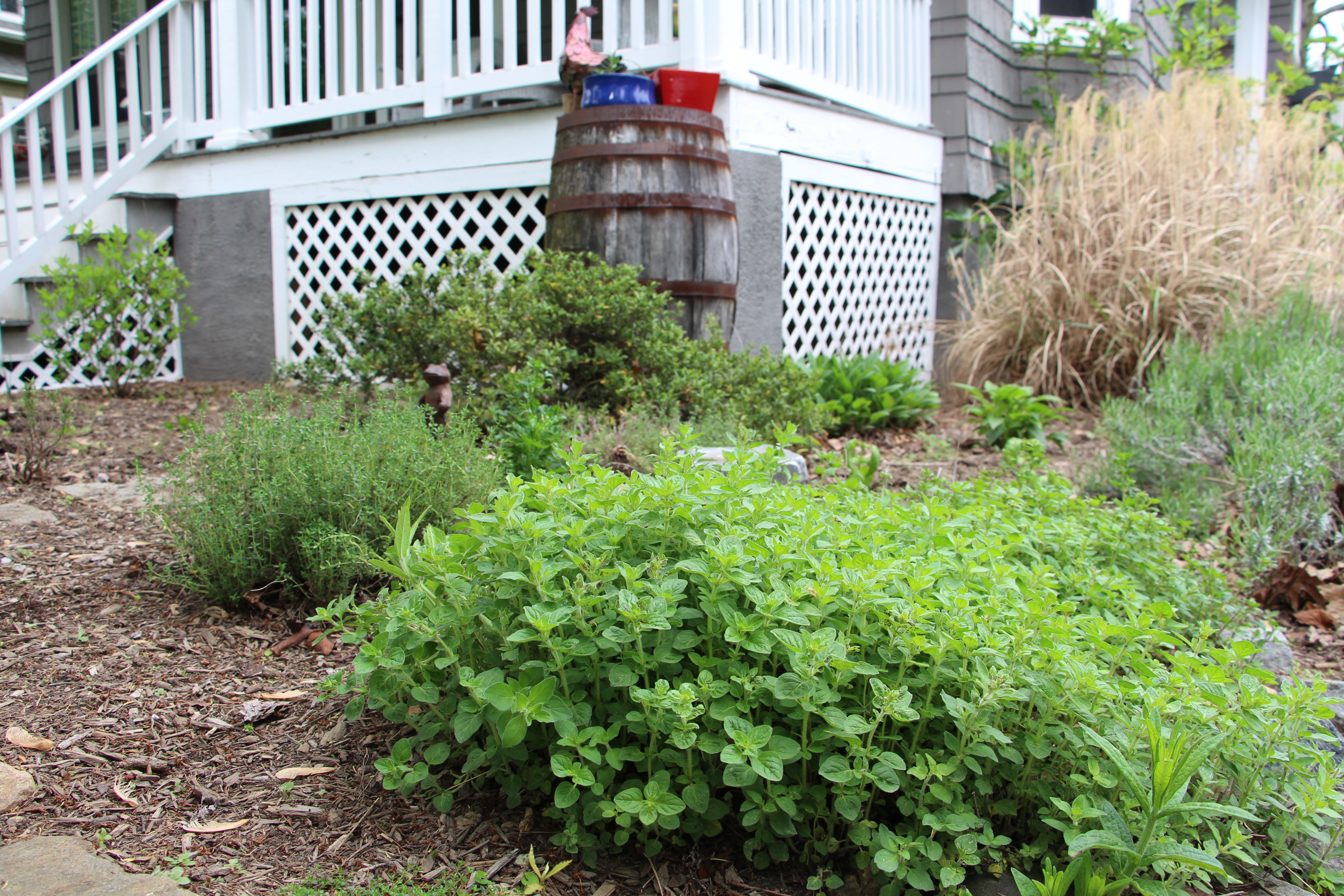 Relief was soon eclipsed, however, by another feeling. On top of the humiliation that comes with a pantal blowout—even when no one sees it—there was a sense of failure, of things falling apart. It was similar to the sinking feeling I had when I broke a tooth last summer and realized that I was actually decomposing.

I removed my sweatshirt and, without rising, deftly wrapped it around my waist. I attempted to resume weeding, but the disruption of a pants-splitting has a way of tearing one from routine tasks and thought patterns. So I sat there and took in the garden scene.

Decay was everywhere. Dead leaves from a nearby silver maple carpeted the herb garden, their fractured bits providing a surface area smorgasbord for worms, beetles, and who knows how many invisible microorganisms. Hunks of last year’s mulch, overturned from my aggressive ivy yanking, were marbled with mycelium. Having just written about fungi for work, I knew that those delicate, lacelike threads belied the fact that fungi—neither plant nor animal, but a creature of its own kingdom—is a decomposing powerhouse, constantly converting dead stuff into organic matter. Who knows, I thought, maybe in consuming the mulch, that fungi released nitrogen that now nourishes my oregano. 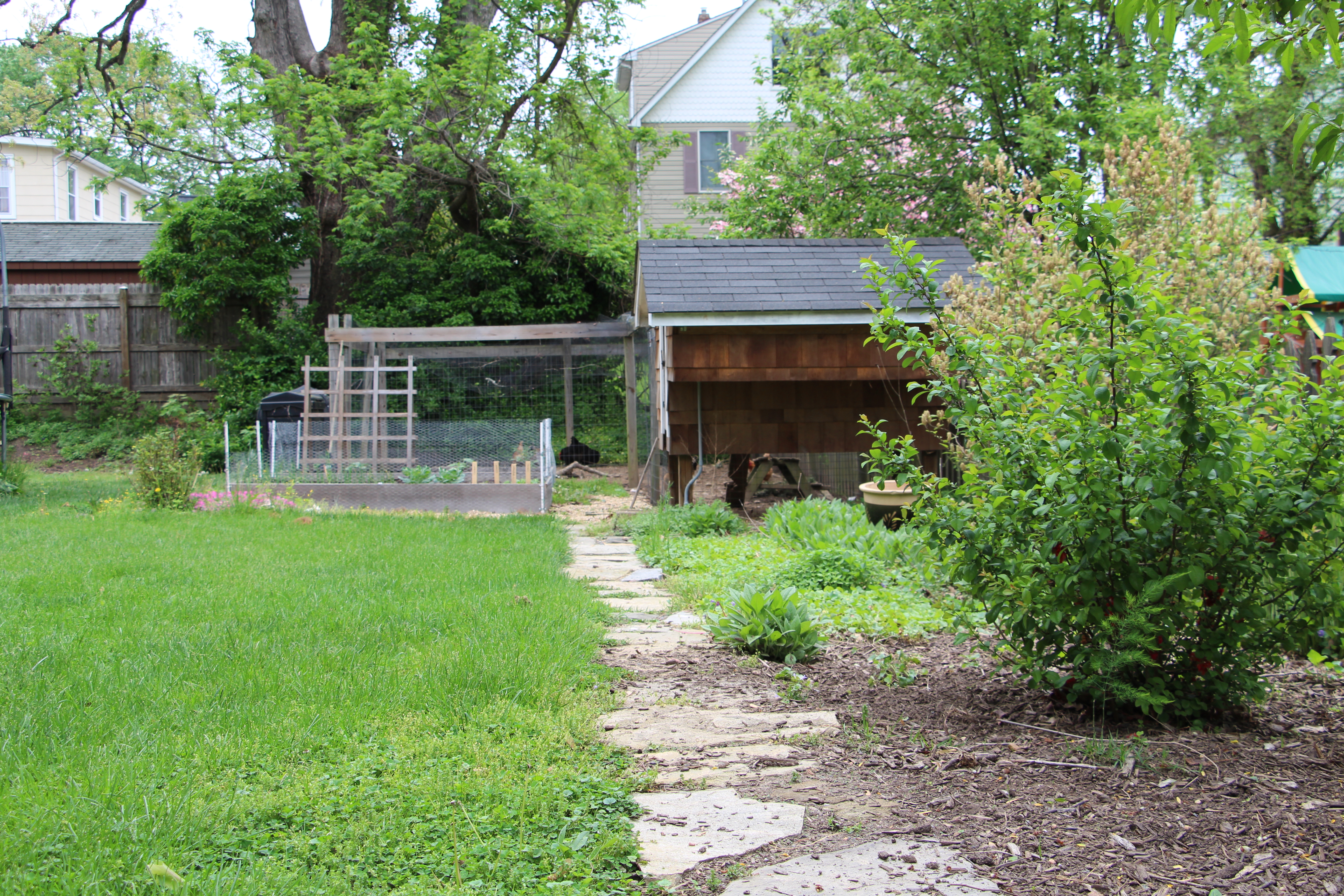 My seat on the walkway provided me with a direct sightline to the backyard chicken run where, five years ago, my kids witnessed a red-tailed hawk kill Speckles, their favorite chicken. The shrieks I heard from inside my house that day were of a pitch and decibel level indicative of an imminent trip to the emergency room. I bolted outside to find two hysterical children and one dead, partially disemboweled Speckles. According to my neighbor, who witnessed the scene (and described it as “Mutual of Omaha’s Wild Kingdom-esque”), the hawk swooped into the run, pounced on Speckles, and held her down for several seconds. Apparently when my kids started screaming, the hawk flew away and dropped the chicken. I tried—and failed—to comfort the kids by telling them that Speckles likely provided a much-needed snack for the hawk. Later that day, when the horror wore off a bit, we buried Speckles beside the sage in my herb garden. 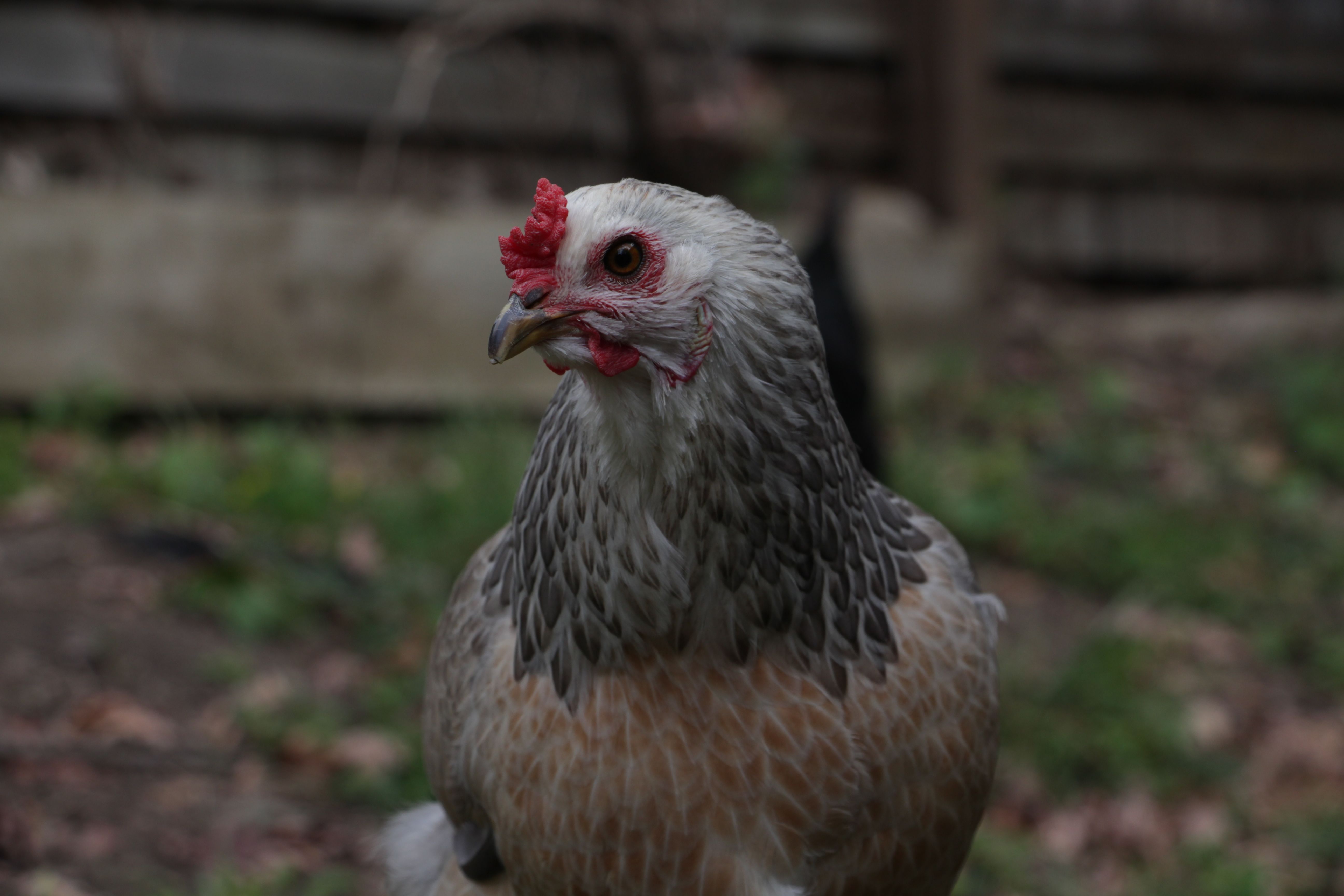 It hadn’t occurred to me until that moment, sitting on the herb garden walkway with the chill of cold slate penetrating my sweatshirt-covered bottom, that five Thanksgiving turkeys may have been seasoned with herbs containing nutrients originating from the decomposing Speckles. Gross, I know. Yet it is comforting to think about the closed loop system within which Nature‘s goods and materials are designed. Nothing is wasted. All is used, broken down, and recycled in a way that fosters new life.

Not so with my split pants.

Sadly, the dominant model of consumption for apparel is pretty darned linear: extract, manufacture, use, and dispose. And in today’s world of “fast fashion,” where new trends pop up with greater frequency and tenacity than English ivy in a suburban herb garden, consumers are generating an insane amount of clothing waste.

According to the Council for Textile Recycling, the average American contributes 70 lbs. of textiles into our landfills each year, 95% of which could be recycled. Disposable clothing is no longer limited to the paper gown in your doctor’s office. And don’t even get me started on footwear. According to a report by the UK’s Centre for Sustainable Manufacturing and Reuse/Recycling Technologies, 95% of the 20 billion pairs of shoes consumed annually worldwide are landfilled. And for a shoe, especially a running shoe, life in the landfill is loooooong. Ethylene-vinyl acetate, a material commonly used in the soles of running shoes for shock absorbency, can last for as long as 1,000 years in a landfill. Absorb that shock. Given the already environmentally damaging apparel supply chain, the act of trashing used clothing is like a gut punch to an injured planet. 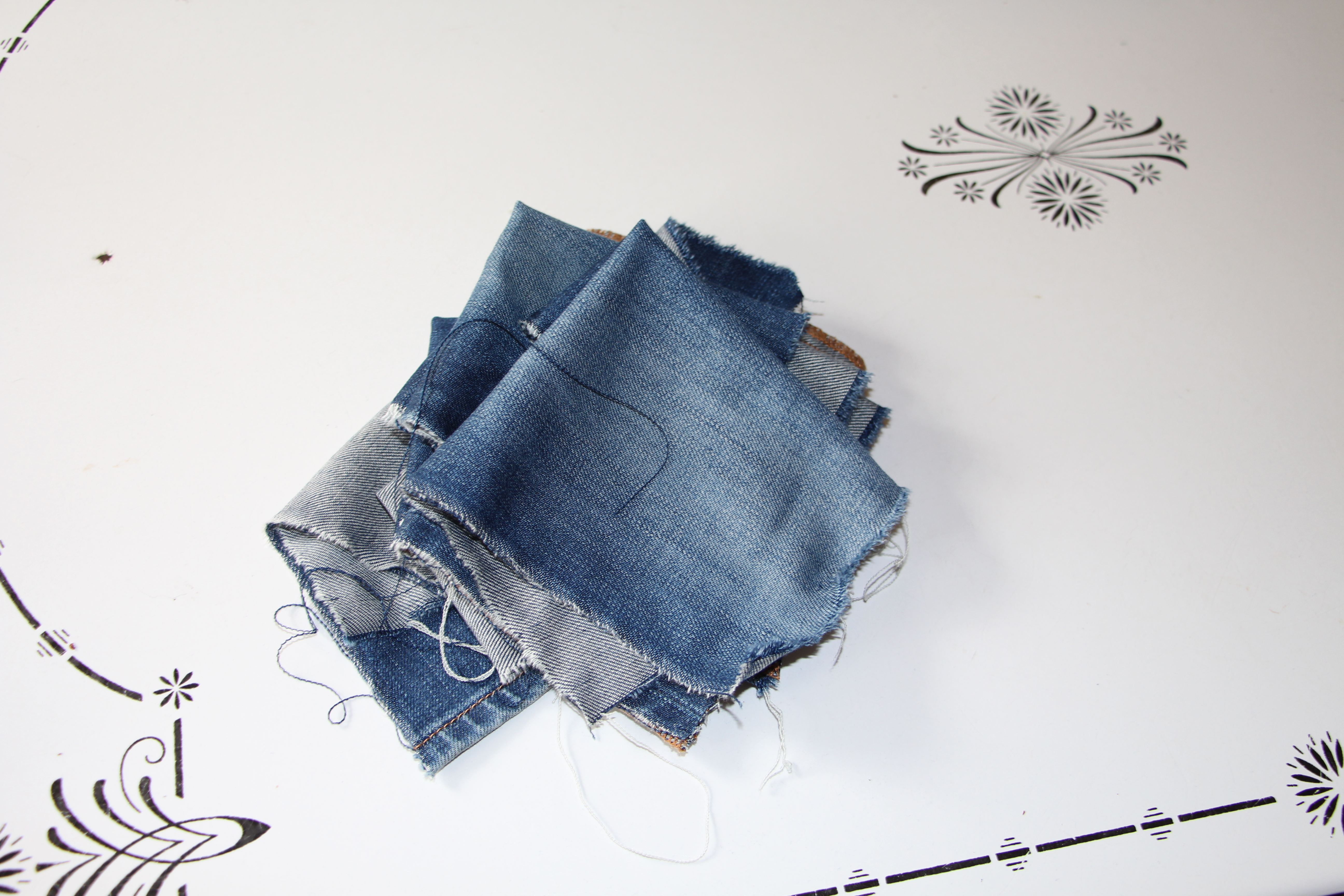 After finishing up in the garden, I changed into sweatpants and grabbed a pair of scissors. As I cut my torn pants into cleaning rags, I wondered how much humankind’s clothing donations to landfills would decrease if the apparel industry followed Nature’s closed-loop model. But there are only so many messes that break down and go away naturally, and fast fashion and overconsumption aren’t among them.

But there is a growing movement among fashion designers, manufacturers, and retailers toward more sustainable clothing. The outdoor clothing company Patagonia has gone as far as as to encourage their customers, through advertising, to buy fewer of their products. Even global retailers like H&M are embracing “slow fashion.” Last year, H&M released a Sustainability Report in which they not only shared the environmental and social impact of the sourcing, manufacturing, transport, sales, and use of their products; they stated their intention to become “100% Circular.” According to the report, this means using only recycled or sustainably sourced materials, designing clothes that can easily and ethically be worn and cared for from season-to-season, and relying on only renewable energy in their value chain.

Could this movement be the beginning of the trend to end all trends in fashion? When discussing apparel, could the term “obsolete” become obsolete?

The next time I split my pants, might I simply toss them into the garden, knowing that part of them may one day season my shepherd’s pie?

Believe it or not, this is possible. Artists and designers in the Netherlands and the U.S. are crafting clothing and footwear out of fungi. A London-based company makes a leather-like textile out of pineapple leaves. A Dutch artist/entrepreneur has even come up with a way to make fabric out of animal poo.

I look forward to the day I can wear long-lasting, eco-friendly, compostable clothing. But until then, this is my tribute to my torn pants, from their first incarnation as cropped denim jeans, to what they taught me in their afterlife about the fashion industry. Those pants were old. I purchased them back when my ass was higher, tighter, and covered by far fancier panties than those exposed by the recent ripping incident. They had seen me through many seasons—of weed pulling, herb snipping, vacations, kids’ sports… of life itself.  Given the faded, threadbare condition of those pants, a tear was inevitable. They were, in the truest sense of the term, well-worn.

As communications director for the ecological planning and design firm Biohabitats, Amy can often be found translating technical jargon into plain, compelling English and reminding brilliant scientists and engineers that most people do not use terms like “thalweg” and “impervious surface” in everyday language.