I hunt to eat. Specifically, I hunt because I’m a carnivore, and eating meat from animals I myself have killed is the most ethical way I have found to be a carnivore. I don’t know if that makes me human—more than I would be otherwise, or more than other people who don’t hunt. What I do know, most certainly, is that to hunt reminds me of my humanity, more than any other activity in which I participate.

I learned as a child how to be a predator. As a kindergartner, I learned to stand in the shade along the lake bank so the perch wouldn’t see my shadow on the water and be scared away from the bait on the end of my hook. My mother taught me to scale and gut the fish we caught, to bread them and fry them up for supper. I learned to shoot in grade school. My father threw clay targets out over one of the family pastures for me to follow and lead with the barrel of my mother’s 20-gauge shotgun. Dove hunting came not long afterward, in that same pasture. I joined my parents, aunts, uncles, and cousins in deer stands and in duck blinds, winding along creeks, craning our necks for squirrels overhead, and running dogs behind feral hogs. All fall and winter we hunted—killing birds and mammals, butchering the meat into tenders, steaks, roasts and sausage. All spring and summer, we fished rivers, lakes and ponds, pulling fat catfish, white perch, bream, and largemouth bass from their depths. We filled our freezers with nature’s original free range, humanely raised and slaughtered, organic meat. We stacked it alongside the dozens of bags of vegetables from our large family gardens.

This was just how we lived. And it’s how I live now, albeit adjusted somewhat by the fact that I now live in the fourth largest city in the United States without the easy, almost immediate access I had as a child to hundreds of acres of woods and meadows. I hunt most of the fall and winter on an 1100-acre lease about an hour away from my house in the suburbs. I fish in the spring and summer on area lakes and ponds and in the Gulf of Mexico. Living in Zone 9, I garden year-round, warding off the insects, birds, rabbits, and squirrels that threaten to eat my vegetables before I do. Often, I enlist the help of other predators in my gardening efforts—ladybugs and mantises that feed ravenously on other insects that would feed on my crops. Ladybugs, with their polka dots and colorful snappy wings, are voracious predators. As Annie Dillard wryly puts it in Pilgrim at Tinker Creek, if we ate like ladybugs, any one of us would eat through the entire population of Boys Town. 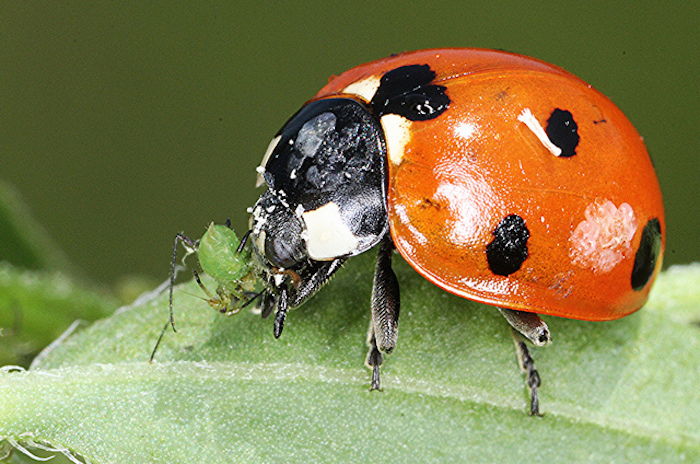 As I see it, predation is hardwired into existence. It is not merely a behavior pattern that appears in nature in isolated cases, or in only certain animals. Rather, predation is a fundamental mechanism of existence on the earth, a grounding process of life and death in this world. Some things die so that other things may live. Whoever or whatever set up the world designed it to run on this principle. And nothing is exempt from it, not even the herbivores. They, too, kill and eat microscopic creatures along with the living plants they kill and consume. Herbivores, carnivores, and omnivores alike serve as living hosts to numerous parasites and other living organisms who feed on their host’s skin, blood, or tissue. Once dead, those same hosts will serve as composting meals for additional legions of creatures. Everything turns in to everything else. This is the way of all things, as the Taoists say.

Hunting and other forms of predation keep me mindful of my place as a human animal in the world. I am not exempt from the deep processes of life and death through which everything eats and is eaten. No one is. As a conscious predator, though, I live with this awareness more than I would otherwise. Hunting casts me as an intentional actor in the play that has been running on our globe for as long as any of us have been here. I kill, I eat. Something else will kill me—a virus, another predator perhaps—or maybe I’ll get lucky and die of old age. Either way, I’ll be food for something. A critic might ask incredulously: How would YOU like to be eaten? Well, I will be eaten, hopefully after I’m dead and not while still alive. I’m not sure how I’ll like it, but—like it or not—it’s part of the contract of life on this marbled planet.

When I take to the field with my shotgun to hunt, I say “Yes” to the world as it is, and to my place within it. I am a human animal alongside all the other animals, living and dying, eating and being eaten. I accept this reality; I accept my place within this reality. I am not willing to estrange myself from the world by morally condemning this fundamental aspect of our larger existence. To morally condemn predation would be to condemn the whole world. I can’t bring myself to do that. I love the world too much.

Jill Carroll is a freelance scholar, writer, and consultant who specializes in philosophy of religion, world religions, and religion in global issues.

On Wanting to Eat the City Deer

Our Stewardship Responsibilities as an Apex Predator