Nothing I do frees me the way hunting does. When I am afield, time is measured by daylight, by thirst, and by hunger; my mind wanders, all the while keeping a singularity of purpose that is rare in my overscheduled life. For me, hunting is a pilgrimage—a transformational journey that involves leaving home and coming back a different person. In practice, hunting is really quite simple. But the concept of hunting is much more complex. Maybe it is hunting that keeps me human, but humans, whether people collectively or hunters specifically, who pervert it.

Long-term trends show a steady decline in numbers of hunters in the United States. Yet, paradoxically, these fewer hunters have generated greater and greater amounts of revenue. There have been concerted efforts among states to reverse declining hunter numbers, but relatively scant attention given to how increasing hunting related expenditures affects hunting; aside from the significant monetary contributions to our conservation programs and economies. However, hunting is ultimately a cultural and social activity, not an economic one. If we as hunters are content hitching our wagons to our economic contributions alone, as we often have, we risk being trapped, as Aldo Leopold noted, by our own “enlightened self-interest.” In this case, hunting is just another profitable land-use “that defines no right or wrong, assigns no obligation, calls for no sacrifice, and implies no change in the current philosophy of values.” Leopold cautioned that hunting in the absence of a self-governing moral code “is not only without social value, but constitutes training for ethical depravity elsewhere.”[1]

Hunting has long been the core motivation and means behind restoration of North America’s wildlife and behind the evolution of our collective conservation ethic. At the start of that epic journey, led by Teddy Roosevelt and George Bird Grinnell, the aim was to rid hunting of commercialization. This was done, in part, by redefining hunters as sportsmen, as opposed to “slob” hunters and market hunters. As I have listened to hunters struggle to define themselves, I find it interesting that they are fairly certain they are not “sportsmen.” Though I have no particular adversity to hunting for sport—particularly where it signifies the restorative term as defined by Grinnell—I have also fumbled with articulating what type of hunter I am.

Stephen Kellert, in his classic surveys on hunting and attitudes toward animals helped define types of hunters and motivations for hunting.[2] Kellert, and sociologists who have followed, generally found high levels of public support for hunting, though support was highly dependent on the motivations of the hunter. It is amazing to me that, decades later, hunting is accepted by roughly 80% of the American public with only a 6% participation rate nationally. This support for hunting, however, still remains very much contextual. For example, it declines precipitously when sociologists exchange just one word in a survey question (hunting for meat and recreation vs. sport and recreation).[3] Similarly, support for hunting is often contingent on hunters showing reverence for the game being hunted―Kellert’s class of “nature hunters.” This illustrates the precariousness of the state of hunting, the importance of deliberate actions we take as hunters in our hunting practices, and in the way we define ourselves. I do not know when the linguistic shift in hunting-for-sport occurred, but I am reminded of its finality when I read Ted Kerasote’s words:

It is time to stop the rhetorical protection of hunting. It is time to nurture and restore the spirit that informed it. Such a commitment, if followed diligently, would certainly close down hunting as a sport. It would maintain it, though, as one of our important and fundamental weddings with nature.[4]

When confronting the many moral dilemmas that hunting elicits, I often think of one of Walt Kelly’s cartoons of Pogo Possum from the first Earth Day in 1970. Standing over a garbage-strewn Okefenokee Swamp, Pogo states, “we have met the enemy and he is us.” Unfortunately, Pogo’s sentiment rings true for hunters. I would argue that hunters have inflicted far more damage on our hunting heritage than have anti-hunters. How, for example, can we preach—and even legally mandate—non-frivolous use of wildlife as a tenant of the North American Model of Wildlife Conservation, yet sell “hunting” licenses allowing the use of prairie dogs for target practice in our western states? What would public knowledge of these kinds of actions do for maintaining support for “hunting” (whether mislabeled or not), and what does this speak to in terms of “training for ethical depravity elsewhere”? 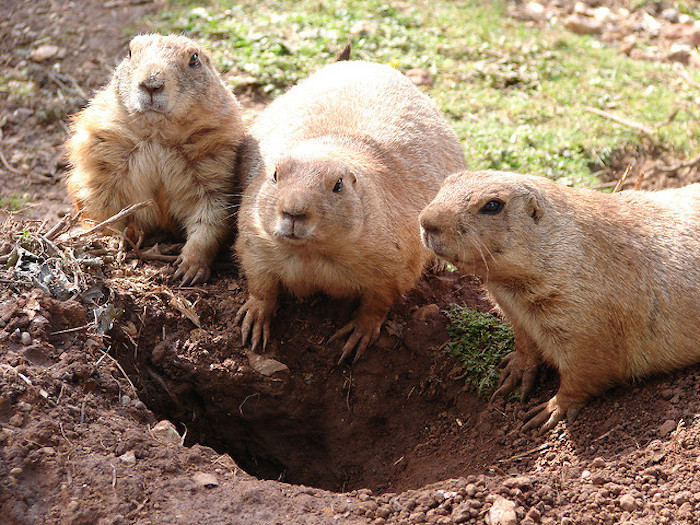 We know from sociologists, beginning with Kellert, that a significant number of hunters are of the sort who can regard prairie dogs as mere targets. Hunters such as these “dominionistic/sport hunters” are the most loathed by anti- and non-hunters alike. Even as a hunter, I cannot help but feel better aligned with many non- or anti-hunters than hunting groups that are willing to sell off public lands and develop the last roadless wilderness areas to enable better hunting access. Hunters willing to undermine hunting and conservation in this way are no different than the developer I recently witnessed cutting all the pre-Euro-settlement bur oaks to make a children’s playground devoid of shade, beauty, creativity, or logic. These acts are deprived in that they destroy the value that can and should serve their intended purpose. It is no wonder we occasionally struggle to define ourselves as hunters.

Thus hunting has become a dialectical struggle with ironies running deep. The paradox of wildlife as a noncommercial public resource largely dependent on privately owned lands is the context for this struggle, and for the continuation of our relatively nascent experiment in wildlife management. A question posed by Jim Posewitz of the Orion Hunters Institute looms large: “Can the conservation ethic, born of depletion, survive the commerce born of restored abundance?”[5] The answer to this question, and the task at hand, lies in finding ways for hunting to retain, restore, and enhance its cultural significance.

A decline in hunter numbers is not in itself a crisis, rather a symptom of this larger problem of retaining cultural significance. As historic connections between hunting and subsistence continue to fade, shifting public opinion of hunting constitutes a grave long-term threat to hunting. Meanwhile, hunters are being defined by complacency, by lucrative industry, by media distortions, by hunting clubs, and by “enlightened self-interest"—all of which erode cultural significance. It is sloppy thinking that we as hunters can maintain significance by focusing on our economic contributions or by protracted debate with those opposed to hunting.

As former Bugle editor Dave Stalling and others have pointed out, “in order to assure the future of hunting, we don’t need more hunters; we need better hunters.” We do not need a Homo sapiens equivalent of domestic housecats torturing their prey for amusement. We need “nature hunters,” as described by Kellert, who regard their prey with affection and respect and consider how both the prey and the hunters themselves fit into their environment. An easy first step centers on self-identity in the same spirit that Grinnell and Roosevelt showed when redefining hunters to save hunting at the turn of the nineteenth century. By redefining hunting within an ethical framework we may begin to satisfy public concerns about hunting, but, more importantly, we can revitalize the hunting experience. We successfully restored the populations of game animals. Now, more than ever, we need to restore hunters and the meaning of hunting. I will begin by redefining what type of hunter I am. I am a “nature hunter” and this helps make me human.

[3] Thomas A. Heberlein and Tomas Willebrand, "Attitudes toward hunting across time and continents: the United States and Sweden," Gibier Faune Sauvage 15 (3): 1071-1080.

Jed Meunier is an ecologist and research scientist within the Wisconsin Department of Natural Resources in collaboration with the University of Minnesota. His work relates to the conservation and sustainable management of natural resources.

Revisiting the "River of the Mother of God": Aldo Leopold's Symbol of Global Wilderness