It is sunset. I’ve been in a tree stand for three hours watching the proverbial grass grow. Then I hear a light crunch in the leaves. My heart instantly starts to pound. I am on full alert, “alive man” as Barry Lopez characterizes it. I am sure a deer is coming. I am a hunter, and I fully intend to draw and shoot if a killing shot presents itself.

In contrast, as a retired game warden, I’ve killed many injured deer. It is not pleasant: my heart didn't race; it filled with sadness and distaste at what I had to do. Now, in my stand, I am not counting on this light-stepping deer for my family’s winter food. So what is going on within me that my heart rate goes through the roof when game is afoot?

I used to think that hunters who die of heart attacks succumb because they are out of shape and have overdone it physically. I know now that it is more likely the same phenomenon that drove my heart rate into the danger zone—a deep, primal excitement of the hunt. Author Richard Nelson reported, “During a year I spent in the arctic coastal village of Wainwright, I was struck by the fact that Inupiaq men lived to hunt as much as they hunted to live.”

Hunting evolved as a necessary skill, and the resulting high-value protein was critical to the evolution of the human brain. In a recent address Shane Mahoney said, “I am a firm believer that the hunting traditions of mankind have given us art, language… technology… [and] the capacity to share. In short they have given us our humanness.” To this list, I would add planning and the ability to look into the future.

The thornier question is this: Is hunting still important to humans in the modern era? Does it still contribute to our being human? And if so, is it a good thing?

One could argue that Homo sapiens are the most destructive species ever unleashed on the world. We have so overshot our evolutionary fitness level that our population and resource depletion are causing potentially irreversible environmental harm. Unregulated hunting was one of those harms. However, I contend that modern fair chase hunting contains a seed that could spark a transformation in our relationship to nature. I am cautiously optimistic because this love of the hunt has sparked a transformation before.

In the late 1800s, sportsmen became alarmed at the depletion of game in the United States. They put their political and monetary might behind what we now call the North American Wildlife Conservation Model and brought game back to the abundance we now enjoy. In those days, reversing the decline of game looked nearly as unlikely as reversing global warming does to us today. But in spite of the odds, hunter conservationists led the way and convinced enough concerned citizens that through game laws, enforcement, and habitat conservation we could have sustainable populations of wildlife into the future. 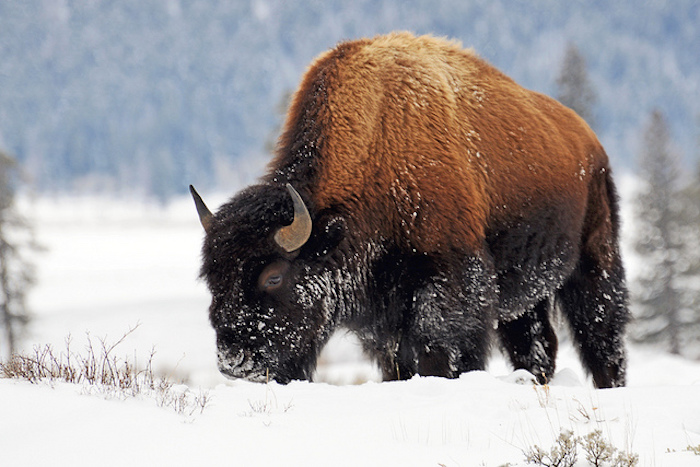 For 10,000 years, since the advent of agriculture, most humans have been increasingly alienating themselves from natural processes. This trend accelerated with the industrial revolution and the resulting rise of cities. With over 50 percent of the world’s population now living in urban areas, the divorce from nature is even greater. Couple this with digital technologies and virtual worlds, and you have a vast population that has minimal direct contact with nature and its cycles. The cycle that hunters know very well is life and death. When you see the blood flow and watch the light go out of an animal’s eye you know where your food comes from. Life eats life. According to Jim Posewitz of Orion-The Hunters’ Institute, “Hunting is one of the last ways we have to exercise our passion to belong to the earth, to be part of the natural world, to participate in the ecological drama, and to nurture the ember of wilderness within ourselves.”

Hunters face the tension between their intent to take game and the lure of overwhelming technologies that diminish the hunt. Mindful hunters have developed the concept and practices of fair chase hunting. The “fair” in fair chase hunting is not related to fairness to the animal. A deer killed by a hunter with a homemade long bow from 10 yards is just as dead as one scouted by a drone tricked out with a high-resolution camera and killed at 1,000 yards with a smart rifle. The fair is for the sportswoman/sportsman and the hunt.

Through a variety of laws, codes and self-imposed limits on method of take and equipment, the hunter dials back the years to when humans just barely had an edge over their prey so they could survive as a species. Some need all the help they can get, but those with greater skill have the option to limit themselves to more primitive implements. Why? It is more challenging; it usually takes more time, skill and effort, resulting in an experience that is deeply satisfying.

(Note: Not all hunters voluntarily follow the precepts of fair chase. Some are chronic law-breakers and poachers, others barely follow the law, and when opportunity presents they violate. Their mindset is similar to the bad old days of 120 years ago that is boosted by many “hunting” TV shows and gadget purveyors, denoting the prime value of an animal is when it is dead—for bragging, meat, horns or hide.)

So how does this fair chase hunting help the current dismal state of affairs between humans and nature? I feel that hunting is a strong and visceral tether to the natural world. Key to realigning our behavior with nature is the self-imposed restraint based on hunters’ respect and reverence for the processes that sustain life and their love of the hunt.

If the majority of people thought about their actions, from procreation to energy consumption, the way mindful hunters think about wildlife and their habitat, we could be living in a much more sustainable world. What if individuals, families, communities and nations adopted the hunters’ fair chase restraint and said “No” to our penchant for overwhelming our environment? What if we said “No” to the idea that all growth is good? What if instead of measuring our prosperity by money, we measured it by the health of our environment and what we preserve?

Does hunting make us human? It certainly did, and I posit that it still does. Genetically, our DNA is the same as that of the hunters we were 20,000 years ago. Can we rekindle the positive traits that hunting contributed to humanity? Can enough people learn the restraint of today’s ethical hunters, so that humans and all of nature will have a home 20,000 years from now?

Eric Nuse is a retired Vermont Game Warden, hunter education administrator, and former Executive Director for the International Hunter Education Association. He currently serves on the boards of Orion, The Hunters’ Institute and the New England Chapter of Backcountry Hunters and Anglers.

Honed by the Hunt

Our Stewardship Responsibilities as an Apex Predator